Timoner is an accomplished profile-documentary filmmaker. Her 2009 documentary, We Live In Public, about Internet entrepreneur Josh Harris, won the documentary Grand Jury Prize at Sundance, as did her 2004 documentary Dig! about the American rock bands, The Brian Jonestown Massacre and The Dandy Warhols. Indeed, it’s during the rounds of festival circuits that she and Schreiber became friendly acquaintances. 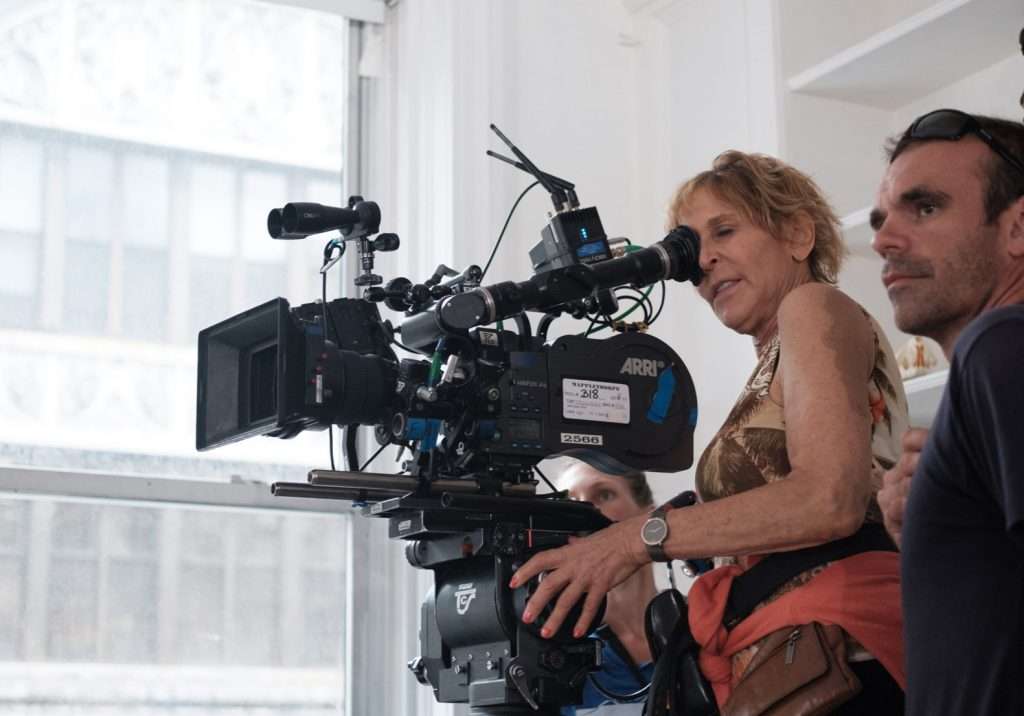 “I had run into Ondi many times over the years, when we were either jurors, or had films in competition,” says Schreiber, who started her career as a gaffer, before climbing the ladder to cinematographer. Her credits include Your Friends And Neighbors, HBO’s The Comeback (2005) and November (2004), which earned her the Sundance Dramatic Cinematography Award.

“I knew Ondi had optioned the project about Robert as long ago as 2006, and I sent her my reel way before Mapplethorpe ever got underway. Those were the days before websites. When the film finally got the greenlight, I was thrilled that she got in touch with me,” Schreiber says.

“I was very familiar with Robert Mapplethorpe – his work, his haunts and his rise to prominence – having lived in New York myself during that period, near where his studios were on 23rd Street, in the then raw and rather down-at-heel Garment District.

“During our early discussions, Ondi and I decided we wanted to make this film look contemporary, as though it had been made in that time period, and I was absolutely delighted when I learnt that she wanted to shoot it on Super 16mm film. In combination with the lenses, lighting, carefully-dressed locations and costume design, as much as the limited budget would allow, I knew the grit and grain of Super 16mm film would provide an automatic bridge to the past, as well as being highly-appropriate for the subject matter.” 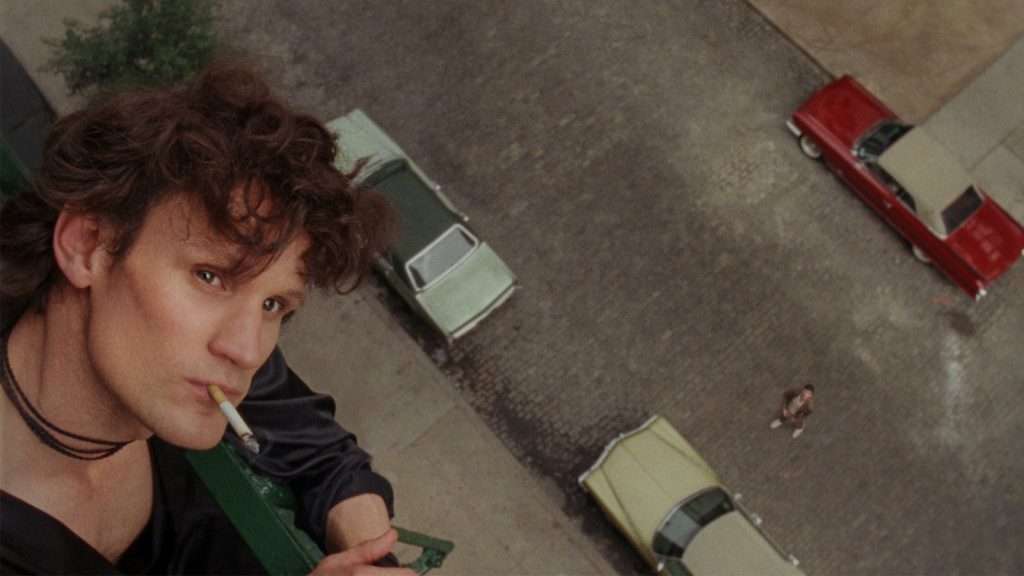 That said, Timoner and Schreiber did have to convince the film’s producers that shooting on film would stack-up financially versus digital – through cheaper camera rental, no need for a DIT, plus control over the shooting ratios of a 158-page script, taking-in 63 locations. The fact that Kodak had recently opened a brand new lab in Long Island City, NY, and an affordable 2K dailies scan at Technicolor Postworks NY, were also mitigating factors.

Early-on, Schreiber provided Timoner with a lookbook and then, in collaboration with production designer Jonah Markowitz, she put together extensive references of contemporary pictorial inspirations to help give a visual entry-point to the production. This included the stills work of US photographer Nan Goldin, known for her deeply personal and candid portraiture of the LGBTQ community, the HIV crisis and heroin addicts, and in particular, Goldin’s 1986 book, The Ballad Of Sexual Dependency, in which she documented New York’s gay subculture. 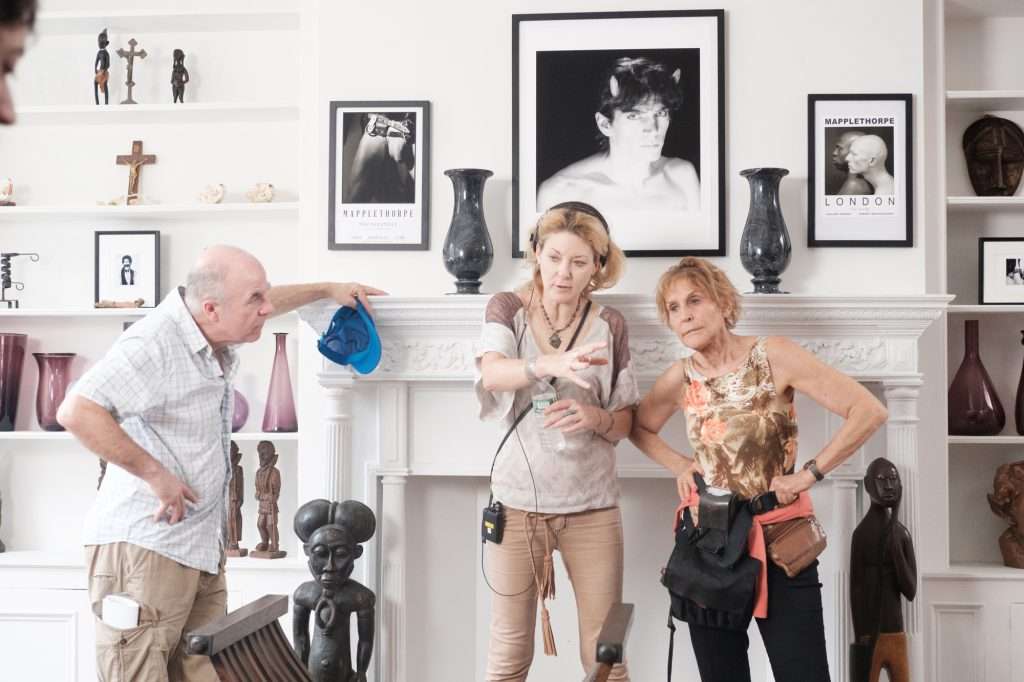 “Along with depicting something of the under-belly of Lower Manhattan as it was in those days, we also decided on a colour arc through the movie with distinct palettes to portray different periods of Mapplethorpe’s life,” says Schreiber. “For example: the desaturated warmth of his years as a penniless artist, with toned-down oranges and golds, underscored by edgy, off-centre, off-kilter framing; and the altogether cooler, almost monochromatic looks, using a composed camera on the dolly, when he reached success as a photographic artist.”

For the production, Schreiber selected a pair of ARRI 416 16mm cameras, fitted chiefly with Zeiss 35mm Super Speed T1.3 primes, along with Canon 6.6-66mm T2.7 and Angénieux 25-250mm HR T3.5 zooms for certain day exteriors – all rented from TCS, the small, midtown, rental house, established in 1978 and still run by the Schietinger family.

“I tested a lot of lenses, and wanted to stay in the vintage glass arena,” she says. “Obviously older lenses help to soften the sharp and often unforgiving nature of digital sensors, but, in combination with Super 16mm celluloid, the 35mm Super Speeds in particular looked absolutely fabulous, with great resolution, and were true to the period we wanted to evoke.”

Mapplethorpe shot for 19 days, limited to 11-hours per day, between mid-July and early August in 2017. The shooting order was essentially backwards, as actor Matt Smith, who plays Mapplethorpe, had to shed considerable weight to play the AIDS-stricken photographer.

“As a woman, I had my fair share of struggles as a gaffer and emerging DP”

Obtaining a special waiver from the union, Schreiber operated A-camera, and women made up the rest of her principal camera crew. Jill Tufts worked as 1st AC, with Yvonne Vairma as 2nd AC, and Kyra Killfeather as loader.

“As a woman, I had my fair share of struggles as a gaffer and emerging DP, and I like to have a healthy balance and encourage diversity wherever possible,” she explains.

In addition to her main crew, Schreiber’s gaffer was Joel Minic, and when extra cameras were needed, she was able to secure the talents of Sandy Hays on Steadicam, and camera operators Gabor Kover and Peter Fernberger.

“I purposefully overexposed both stocks, as I wanted rich blacks, a heightened contrast and greater colour rendition in the image,” she explains. “I was not worried about grittiness of the image. In fact, I actively embraced the grain structure of the Super16mm stock to give the look it had at the time.”

She concludes: “I have to say it was a great pleasure for shoot on film again. The ARRI 416 is a great camera. It was so nice to operate, and to enjoy the intimate experience of looking through the viewfinder. And the latitude of film – such as its ability to capture highlight details looking out from a window – is astonishing. Of course, digital cameras can do now that, but it’s always been innate with film, and is very natural-looking. I really love the overall looks we achieved.”