They used to call James Brown the hardest working man in showbiz. Maybe the title should now belong to Australian cinematographer Greig Fraser ACS ASC, who’s just come off back-to-back acclaimed mega-projects – and is already hard at work on the next one.

First, he shot Dune (2021, dir. Denis Villeneuve,), the sci-fi epic which earned him his second Oscar nomination (his first was for the 2016 production of Lion). Then he took on another enormous challenge in the form of, Warner Bros.’ The Batman, starring Robert Pattinson in the title role, Zoe Kravitz as Catwoman, Colin Farrell as Penguin, and Paul Dano as The Riddler. Directed by Matt Reeves (The Planet Of The Apes franchise), The Batman is a gritty, kinetic and intense take on the iconic character, whilst also being visually spectacular. 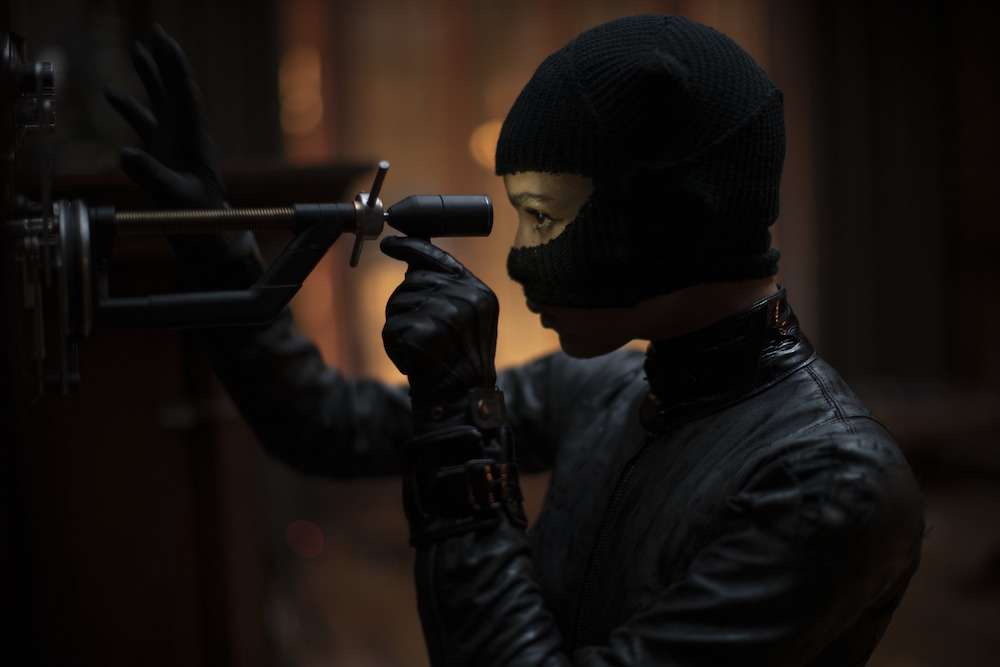 This wasn’t your first collaboration with Matt Reeves, right?

Right. Matt and I go way back, to when I first came to America and I was doing commercials, which I loved. But I was also looking to do a movie, but not another period piece after Bright Star, though that was all I was getting offered. Then out-of-the-blue Matt asked me to shoot his next film, a vampire movie called Let Me In (2010). I read the script and was blown away by his writing. It was a real page-turner. We had a great time making that film, and we’ve been buddies since then.

Tell us how you and Matt started finding the look for this film? What were your reference points and inspirations?

We started talking about The Batman quite a long time ago, as Matt was in discussion with Warner Bros. about it as he was posting War For The Planet Of The Apes (2017, DP Michael Seresin BSC). One day he told me he had a big meeting about making The Batman, which was fantastic news. 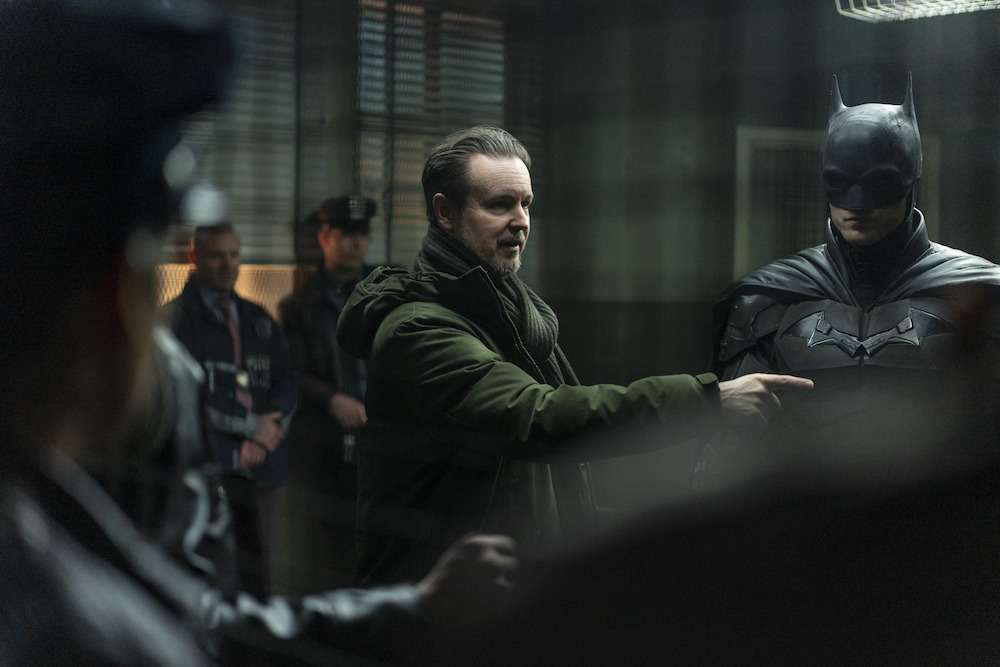 We actually talked quite a bit about what a Batman film should not be, in our minds, and it was so funny because we had the same vision, the same ideology, the same purity of the character. We didn’t see Batman as a superhero in the traditional sense. As Matt and Robert would say, he doesn’t have super-powers beyond his incredible ability to focus, to be really clear about his vision and view of the world.

Matt and I both love ‘70’s cinema – early Spielberg and films shot by Gordon Willis ASC, such as Klute (1971, dir. Alan J. Pakula), which we watched several times previously for the visual language of Let Me In. We’re both very drawn to that visual language and fell back into that mode on The Batman. We didn’t alter our colour referencing and we didn’t want to make a ‘70s film, rather one that had its heart and soul in that era.

Did you look at some of the other Batman films for reference?

No, we didn’t, and here’s why; Batman is seared into our brains. You can’t un-see a Batman film once you’ve seen it, as it’s so iconic. I’ve watched Chris Nolan’s Batman films a number of times, and all the previous incarnations too, but this was a different kettle of fish. Yes, it’s the same character by definition, but this didn’t feel like it was in the same world as all the others. And to prepare for it visually, I kept thinking about just how iconic Batman is and all the iconography – Batman standing like a gargoyle at the edge of a building at dusk or night looking down at the city below, and so on. 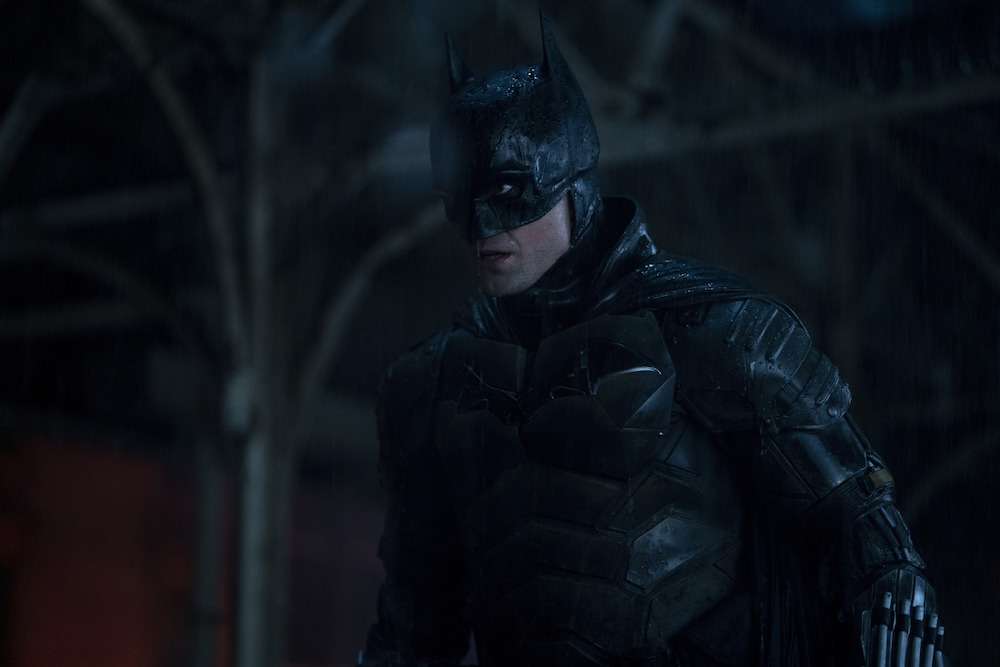 So we needed to create a series of images that were equally iconic and comic book in their simplicity, and use all the skill, resources and technology available to us to properly fill-out the world from a production and costume design standpoint. The detail on the bat-suit is incredible.

So the approach was very much, this is our film, our Batman. And we’d discussed so many ideas over the years. What if he jumped off a building in a wing-suit and flew around the city? What would that look like? That’s how that whole scene came about.

Did you and Matt talk a lot about whether to shoot digitally or on film?

So with all the references we were pulling together, and all the comic book looks and the dirt and grit and feel of this movie, we decided pretty early on that we would not test film to shoot this. Normally you shoot tests – film versus digital, ARRI versus Red, and so on, but we’d both shot on the Alexa enough to know exactly how it looks, and Matt had shot his last films on the Alexa 65 and understood the power of the large format, and we’d both shot Anamorphic too. We did shoot a few lens tests and he loved the lenses, so that was that – we’d shoot a large format, Anamorphic digital movie. 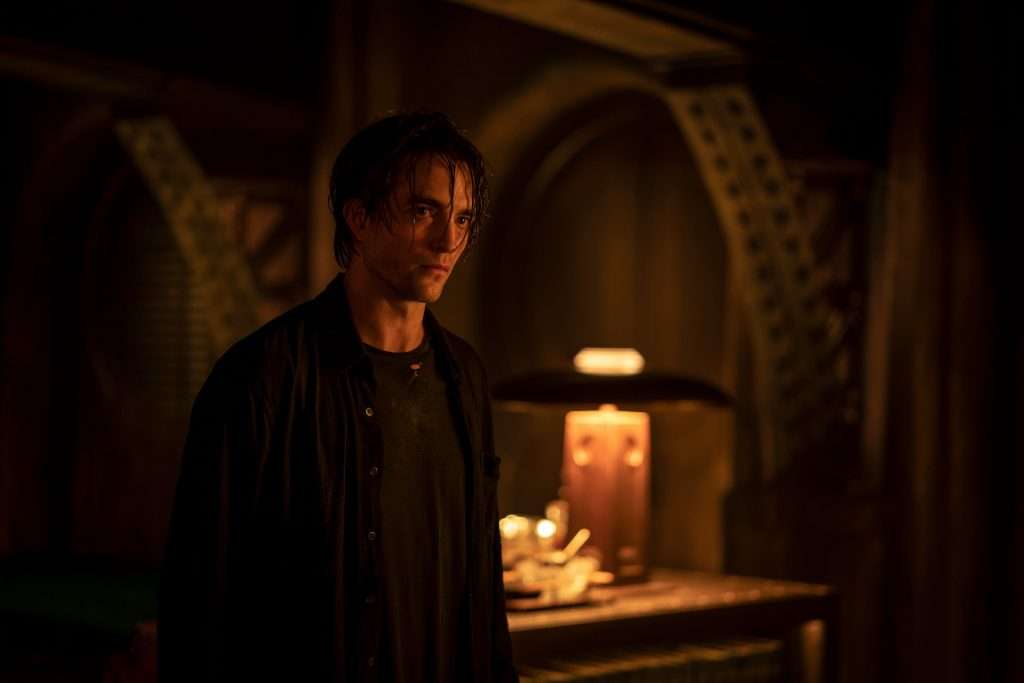 So we shot The Batman on the Alexa LF 4K with the ARRI Alpha lenses. We developed those lenses pretty much through trial and error. ARRI had been working on building-up a large format Anamorphic range, and while we were doing lens tests they’d bring us lenses to try, and we’d test with them. They would then go off and refine them and, slowly but surely, we put together a set that really suited this film.

We weren’t that concerned about edge-to-edge sharpness as we realised a lot of our framing choices were going to be centrally-framed, more classic images. Again, it was going back to the ‘70s look, and because we were going to do a film-out, what we needed was a lens that was sharper in the middle than usual.

We weren’t just finishing on digital, but we were doing a film-out to negative film and then doing a print. So as you go through the analogue process with two extra layers of emulsion, you lose a lot of resolution, and because of all that we chose lenses that were sharper in the centre and which fell-off beautifully on the edges.

What was you approach to the lighting?

That was a major discussion. Batman’s called “The Dark Knight” for a reason. He’s always in the shadows at night, not sauntering around Gotham in the bright sunlight. And most of the script was set at night, and there are traditional ways to light darkness, but we weren’t into that. 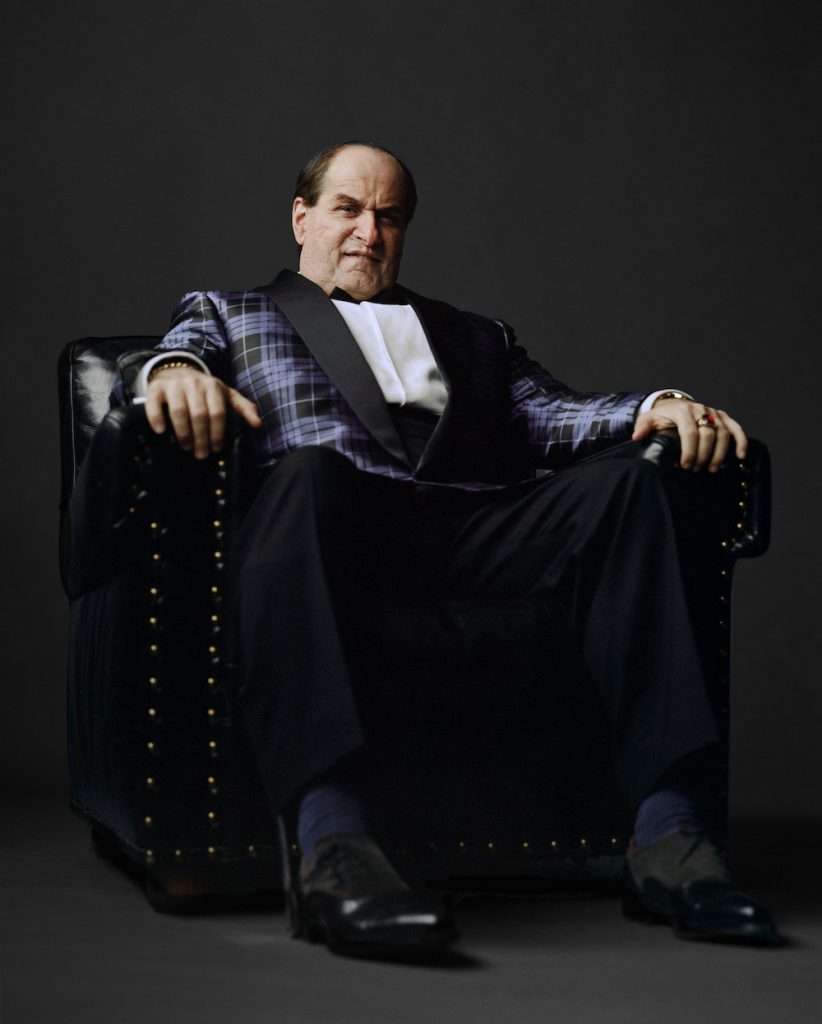 I studied a lot of documentary photography of cities and I wanted it to feel like we pretty much just used available natural light, and we wanted to frame it so we never had to pick him out with a backlight and point a 2K Tungsten at his cowl to reveal the shape of his head. We were very meticulous and careful about all that, so if he was creating a silhouette, we’d light the wall behind him, not him.

Is it fair to say The Batman has a real, noir look?

Yes, I was calling it “urban noir”. From a lighting standpoint it’s very much a noir film, but it’s not a classic Hollywood noir with all the traditional backlight and flashes of light. I wanted to create an urban noir look and find Batman in the shadows between two streetlights in the places no one wants to go, but not make it feel forced and stylised.

“The Batman is very much a noir film… urban noir”

And Batman’s a hard character to light, with the black leather outfit. You want to see detail, but it was a big challenge. In the end I used a lot of practical lights on camera wherever possible – fluorescents and Tungstens, depending on what was needed. Then I alternated those with Digital Sputnik LEDs and Creamsource Vortexes, which were brand new at that time. I know the Creamsource guys well, and when they told me their Vortex lights are waterproof, I thought “Perfect,” as this was set in the rain most of the time. We got the first two of those! I also used the Hudson Spider, a great beauty light that really made Zoe pop even more in her scenes as Catwoman.

How tough was the shoot?

We shot in London on stages and then did some exteriors in Glasgow and Chicago, and it was hard because of Covid and all the interruptions that caused, which have been written about in the press.

I assume you had your usual DIT, Dan Carling, on-set?

Yes, and I’ll tell you, this was the most complicated lighting job I’ve ever done, because we were shooting at such low light levels and I was so focussed on being able to show Batman’s emotions without over-lighting it. Dan was so helpful as every day he’d have framegrabs on my monitor of the previous scene or part thereof, so he was crucial in terms of keeping the lighting consistent.

What was entailed with integrating the VFX?

The VFX supervisor was Dan Lemmon, who’d worked with Matt on The Planet Of The Apes movies. He has great taste, so I knew we could work closely together creating the very best work and be on the same page.

We shot as much as possible in-camera, and there was actually very little bluescreen work. For instance, there’s this amazing car chase and crash where the Batmobile, which is chasing the Penguin, suddenly comes through this huge wall of flames before ramming the Penguin’s car, and that was all practical. That car chase was a great combination of 1st and 2nd unit and special effects – a real grab bag of everything at our disposal.

“Creamsource told me their Vortex lights are waterproof, I thought “Perfect,” as this was set in the rain most of the time”

But the film has lots of amazing VFX done by Weta and ILM and other vendors, that are really invisible. We shot it over three months, and we also used some disposable old Alexa cameras instead of the normal crash cams, and used some re-housed special lenses.

What thoughts do you have to share about the DI grade?

The colourist was David Cole at Fotokem, who did Dune and Vice with me. We developed the look over several months of pre-production, and it was tricky as we were in London and he was in LA where we were going to post and the final DI grade. We created a LUT, and I love working with Fotokem because any LUT created for a digital sensor is created through film, with that film purity look.

So the look was film-based and we were able to do a skip bleach bypass and get exactly the look we were after. It really turned out the way I envisioned it. I’m super-proud of the lighting, the coverage and the film. I think we exceeded our expectations, and I can already sense the pressure to do a sequel.

Talking of sequels, when do you start Dune 2?

I’m already prepping it. It’s going to be another very busy year.