Cinematographer Diana Olifirova chose Cooke Anamorphics to film We Are Lady Parts, Nida Manzoor’s anarchic and irreverent music comedy about a Muslim female punk band – called Lady Parts – who are on a mission to find a lead guitarist and maybe, just maybe, get a proper gig.

It was the first time Diana and Nida had worked together, but Diana describes the team on board for the series a ‘dream team’. With the global Covid-19 pandemic protocols restricting all filming, production for We are Lady Parts was pushed until September 2020, leading Nida and Diana to plan all of the filming via Zoom. They used this time to work very closely together to choose the right colour palette and the appropriate textures.

“We would discuss the script for hours and we would go over each episode at least twice. Then in September, we started shooting again, being one of the first productions to go back. It was scary, as this was my first show, leading me to have to learn so much about everything being on a big set and dealing with the politics and the crews, etc. And then suddenly there’s extra Covid limitations, with one-way systems, masks, and goggles and no possibility of people standing close together or looking at the monitors to discuss shots. There was a lot to come to grips with.”

On a more familiar note, Diana chose the Cooke Anamorphics for this project, working with ARRI Rental who provided a wide range of focal lenses and the zooms. 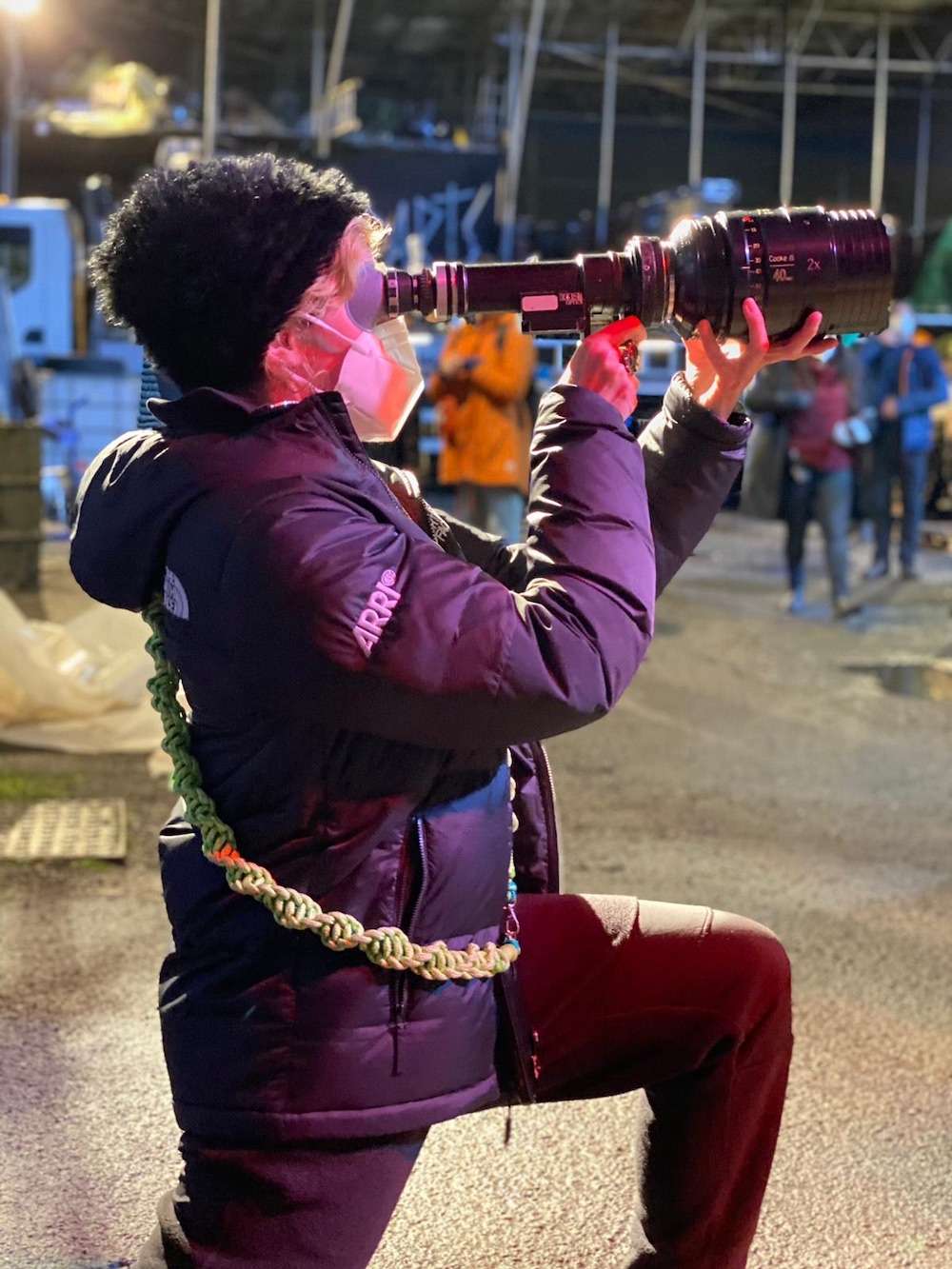 “It was always going to be Anamorphic as on this occasion it was all going to be about transmitting the characters’ personalities. Cooke is one of my main go-to options and I really felt like this would be nice for the series.”

“I really like Cooke lenses for their character and how they shape the image. I always find it hard to explain to anyone about the choice of lens, I think it is an incredibly emotional choice. With the Cookes, the image is created through a particular glass, blurring the background. I always say it is as if it paints the background, because the blurriness of it should make the background feel like a painting, so it doesn’t really distract you from what is sharp. On some lenses that blur of the image feels very technical, but the Cookes make the look and feel very picturesque.”

One of the main characters that the series follows is Saira and her coming of age story, capturing her evolution throughout the show. It was for this reason that Diana wanted to capture her in a slightly more conventional light from the beginning in terms of camera movement, as well as the coverage and the lighting. It is at the most emotional times, when the character is going through something special, that the scene really emphasises the close ups on wide lens.

“The evolution of Saira really stands out with the Cooke lenses. Saira is the guitarist of the band, she’s the badass one, the punk. And from the very beginning, we decided to cover her quite wide straight away with a handheld mode. Her story appears much more distorted from the beginning. It was interesting to play around with the choices, not just the lighting, but also the choices of the specific shots I use for specific moments,” highlights Diana.

Diana opted for a wide 2.35 format to feature all the characters at once on the wide shots without having to crop too much from the compositions. Regarding focal lengths, Diana used a lot of 32mm and 40mm.

For We Are Lady Parts, Diana worked alongside focus puller Kate Molins, gaffer Carolina Schmidtholstein, and colourist Toby Tomkins, with all helping develop the look for the show. “We had a lot of light and that helped create very vibrant blacks in the image and the shadows, which lead to push the colour in the shadows. There is so much richness in everything from costume, skin colour, etc., to the art department who brought a lot of colours and variety in there, including different textures. So that really helped to achieve an even more vibrant look from everything we had.”

For this series, Nida had been convinced that she wanted to push the cinematic look and break the stereotype of TV comedy being filmed in a very conventional way.

As Diana described: “Nida focused on making sure that we could create comedy within the visual language and that we could push for a cinematic language in a way that you wouldn’t normally see in a comedy, adding more drama in it and adding a little bit more suspense than usual. We really had the opportunity push outside the genre. As a cinematographer I think that when there is a lot of fast dialogue and humour in the scene, it’s challenging to create photography that makes the image complimentary to the story, as well as enhancing the emotion of the scene. And the image is very fast moving because of the pace of the edit. So, it’s incredibly important to make sure that the eye goes directly where it should go and not get distracted by anything else. I like to think every image is a painting – my role is to help the audience connect and get the most out of their watching experience.”

We Are Lady Parts can be streamed on Sky Go, All 4, Virgin TV Go in the UK and is available on Peacock across the US and selected markets.