DP Darran Bragg wrote in about his work on Platzspitzbaby (Needle Park Baby), a £3million, Zurich-set story, directed by Pierre Monnard, about a drug-dependent mother, Sandrine (Sarah Spale), who is relocated to the countryside, along with her long-suffering child, Mia (Luna Mwezi).

During the 90’s heroin epidemic in Zurich, police contained drug use within Platzspitz Park. Thousands would gather in ‘Needle Park’ on any given day to deal, take drugs or witness the spectacle. Platzspitzbaby is set just after the park was closed, when addicts and their children were relocated to surrounding towns and villages. The film is inspired by Michelle Halbheer’s best-selling biography ‘Platzspitzbaby’. It was highest grossing film in Switzerland and hass interest for a wider international release this year.

We shot during spring of 2019. Pierre and I have worked together for many years, on commercials, music videos and shorts, after we met on the film course at The Arts Institute in Bournemouth. We also shot the Swiss feature Recycling Lily and an eight-episode Swiss TV series Anomalia.

Pierre’s guiding principle was to tell the story from Mia’s perspective, which we translated as keeping the camera close, moving as she moved, and shooting from her height where appropriate. We quickly agreed it would be predominately single camera and handheld to help achieve this.

Tonally, it was important to create a sense of honesty and tell the story in a realistic way, but we also wanted moments of lyricism and tenderness to contrast some of the more brutal elements in Mia’s life. Pierre and I had always wanted to capture the Swiss countryside during springtime and our schedule permitted this. Mia’s new home is set in verdant surroundings, a striking contrast with her former city life and time on the Platzspitz.

We studied quite a few films that also tell the story from a child’s point-of-view, particularly The Best Of All Worlds (dir. Adrian Goiginger, DPs Yoshi Heimrath & Paul Sprinz), and Eighth Grade (dir. Bo Burnham, DP Andrew Wehde). I also studied Room (dir. Lenny Abrahamson, DP Danny Cohen BSC] for how it deals with a mother and child relationship in a confined space. 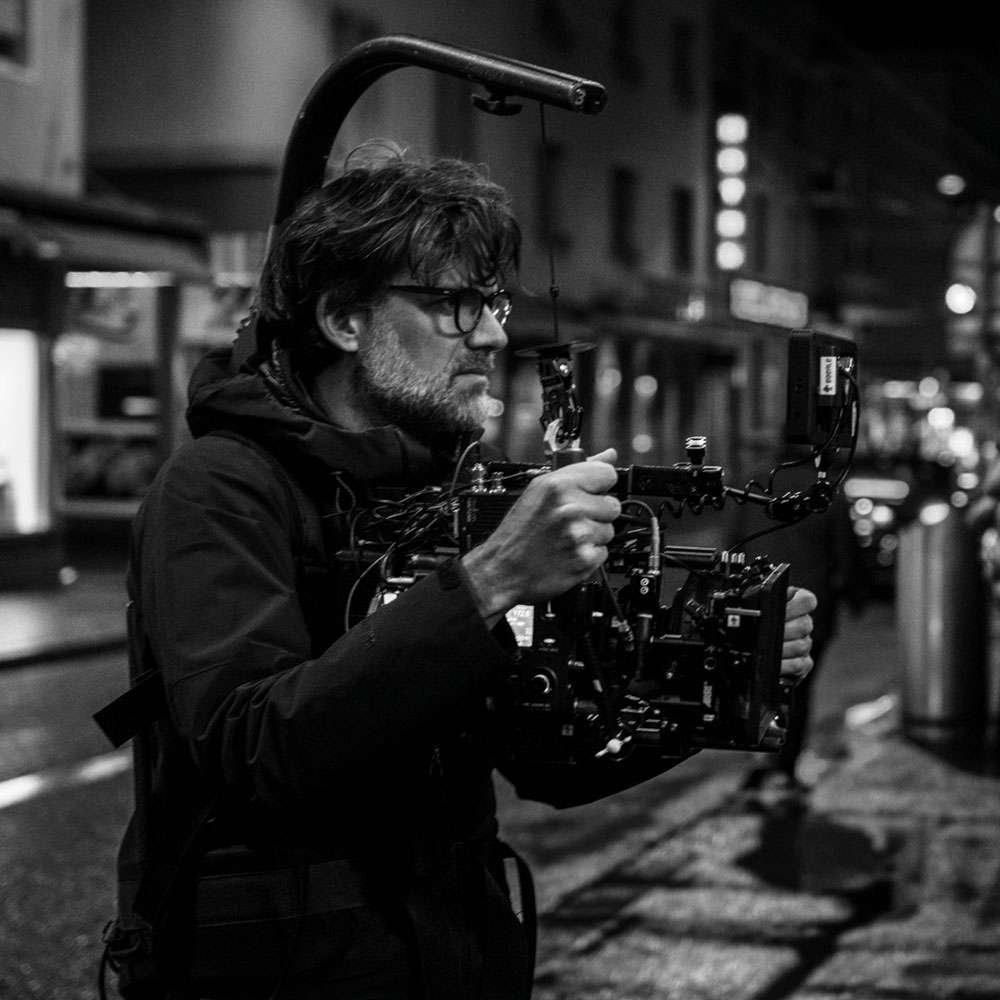 We did a single day at the end of March 2019, to grab the last moments of winter for the prologue, followed by 32 shoot-days across six and a half weeks. Swiss film productions try to avoid shooting at weekends whenever possible,
which is fantastic in terms of everyone’s physical and mental wellbeing. We shot the entire film around Zurich, including Platzspitz Park.

I’ve always loved shooting with ARRI Alexa cameras, but was intrigued to see if the Sony Venice might offer an alternative feel. Considering we had a lot of night work I also thought its 2500ASA might come in handy. Opting for spherical lenses, I shot side-by-side tests using both cameras and six different lens options based on what would be readily available in Zurich.

It was quite a close call, but the Sony Venice fitted with Zeiss Standard Speeds and Zeiss Super Speeds worked well. We both felt widescreen 2.39:1 was unsuitable, and we went 1.66:1 as it would give us the close compositions we needed.

Our focus was primarily about staying close to Mia and portraying events from her point-of- view, which meant using an Easyrig pulled low to Luna Mwezi’s height, with slim-profile handheld bars. For exterior locations where we needed to cover the ground more quickly, without the full sensation of walking handheld, our key grip, Urs Schmid, adapted a lightweight aluminium parcel cart (as used by Swiss Post), so it could be pushed or pulled as required. We also used a Kyburz E-Bike, a sturdy electric tricycle (also favoured by the Swiss Post), that Urs drove with me shooting handheld on the back.

This was the first ‘period’ film I had lit and wanted to seek boundaries as well as direction, from which to build our look. I proposed we avoid using modern lighting fixtures, namely LEDs which I usually embrace, as I felt they might betray the era. Keeping the lamps off the set was critical as we had a camera that was constantly following our actors. I’d heard how some DPs prefer corrected Tungsten over HMI heads for daylight scenes, and thought this could be an opportunity to minimise the use of modern fixtures. Our gaffer, Peter Demmer, is a big fan of Tungsten. We opted for a series of 9K Pars (part corrected with half CTB) pushed through the windows of interior locations. The lighting crew built a series of ‘eyebrows’ above each window to block the direct sun, but we allowed some ambient daylight to leak in which mixed beautifully with the Tungsten.

Peter also spent time at FTK, our lighting rental, and came back with a lamp, which he called the Berkey. This is a square-form Tungsten soft light, available in 2K and 5K versions. The output is lower than Tungsten Fresnel heads, but the quality is fantastic. We often had the 5K, partially- corrected with CTB, beyond the kitchen window in Mia’s flat and the effect felt really natural. The units were also quite light, so we even boomed one out from a 13th floor window for a scene between Mia and her father.

The final grade was a Baselight projection at Cinegrell with colourist was Roger Sommer who did a fantastic job. My first and second ACs were Orit Teply and Cyrille Gsell, with Jan Schär operating playback, plus Leo Weissenbach and Adrien Fernex working as DITs. Yunus Roy Imer was the B-camera and second unit operator, supported by Cyrille. The camera equipment came from Cinegrell, whilst the lighting and grip was supplied by FTK. Zurich.”