After her graduation from La Fémis in 1998, French DP Crystel Fournier AFC distinguished herself as a cinematographer-of-note through her work on three of director Céline Sciamma’s films – Naissance Des Pieuvres (Water Lillies) (2007), Tomboy (2011) and Bande De Filles (Girlhood) (2014).

In the last few years, she has worked on many international and co-productions, including the intense prison drama Great Freedom (Große Freiheit), the third feature by German director Sebastian Meise. Set during different time periods in post-war Germany, the story follows Hans, who is repeatedly imprisoned under Paragraph 175, which criminalises homosexuality. Over the decades, he develops an unlikely bond with his cellmate Viktor. 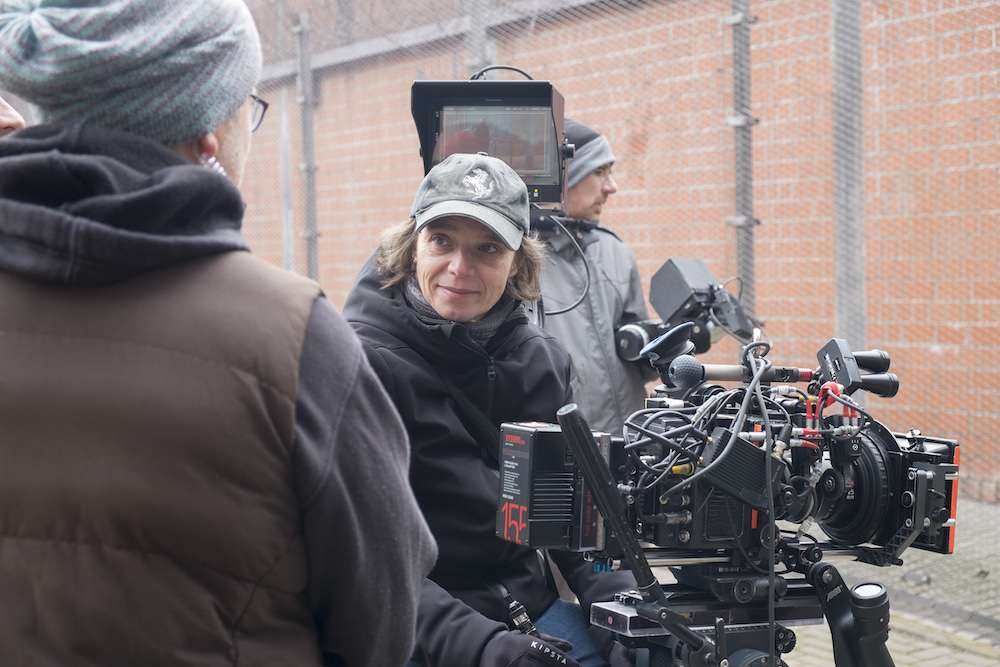 The film won the Un Certain Regard prize at the 2021 Cannes Film Festival, and earned Fournier the cinematography award at the 2021 European Film Awards, along with critical praise around the world for its depiction of character, vulnerability and love. Here are Fournier’s personal considerations about her work the film.

“On December 23rd 2019, I had just wrapped on a shoot, and I received an email with the screenplay attached, offering me the opportunity to work on Great Freedom. We had a Skype meeting and I travelled to Berlin on January 1st 2020 to do an initial scout with Sebastian, as the film was to begin shooting in early February, and everything was rushed at the start.

This was an Austro-German production, which began shooting in Vienna for all of the locations outside of the prison, before we moved to Germany for the rest – Magdeburg for the main prison building and Berlin for the basements. 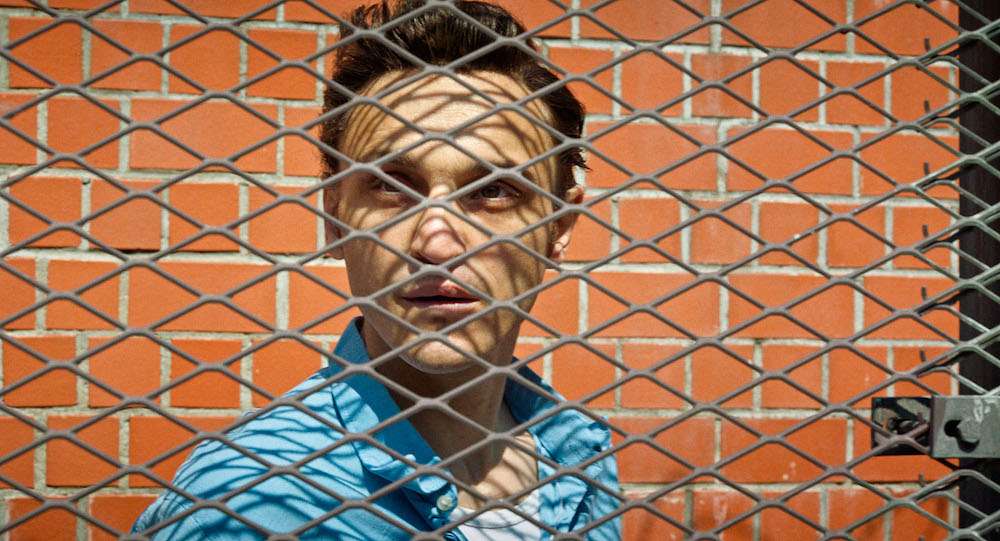 There are three time periods in the film: the first at the end of WWII; the second in 1957; the third, in 1969. We wanted to predefine an artistic direction for the set design and the lighting for each of these three periods, in order to differentiate them. As soon as I saw the prison, I knew I wanted to integrate the lighting into the frame, at least for the wide shots where you can see the whole central hall of the jail.

The idea was to rely on the types of lights that would have existed in each of the three time periods. We chose Tungsten bulbs for 1945; at the time, those huge bulbs were sodium, but we took them and retrofitted them in Tungsten. Then, we chose fluorescent tubes for 1957 and 1969. The difference between these two periods was mainly in terms of colour: yellow/green for the former, and something much colder for the latter. We chose 5,000K tubes that we fitted with minus green and 1/8 CTS for the 1950s part. A few stayed like that in the 1960s and then we replaced the rest with 6,500K tubes for the colder feeling. 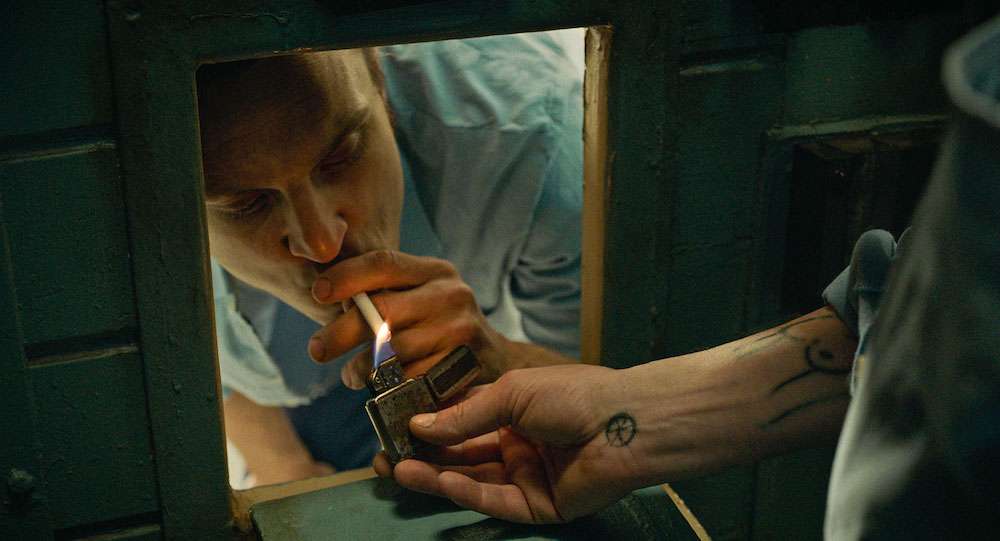 No matter the period, the light always hit the actors from directly above. It’s the type of raw light that highlights the faces and darkens the walls, even in smaller spaces. It makes the actors shine in certain locations, when they move, and keeps the backgrounds shadowy and dense.

We set-up Astera Titans in Kino Flo housings, which allowed us to rapidly change the colourimetry, going from day to night or from one period to another. They were always attached to a bar. 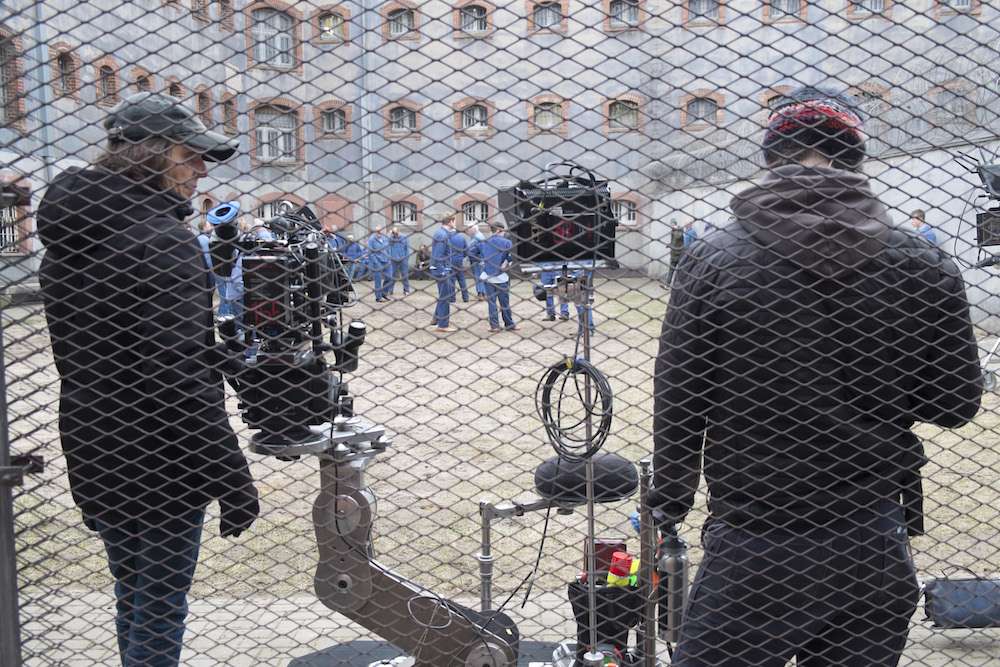 At night, we changed them to mercury, which matched the few night-time outdoor shots around the prison. The mercury lighting didn’t reach the inside of the cells too much, that way we avoided having too much of a mix of red and green, but the night lighting could be seen when they went to their windows. 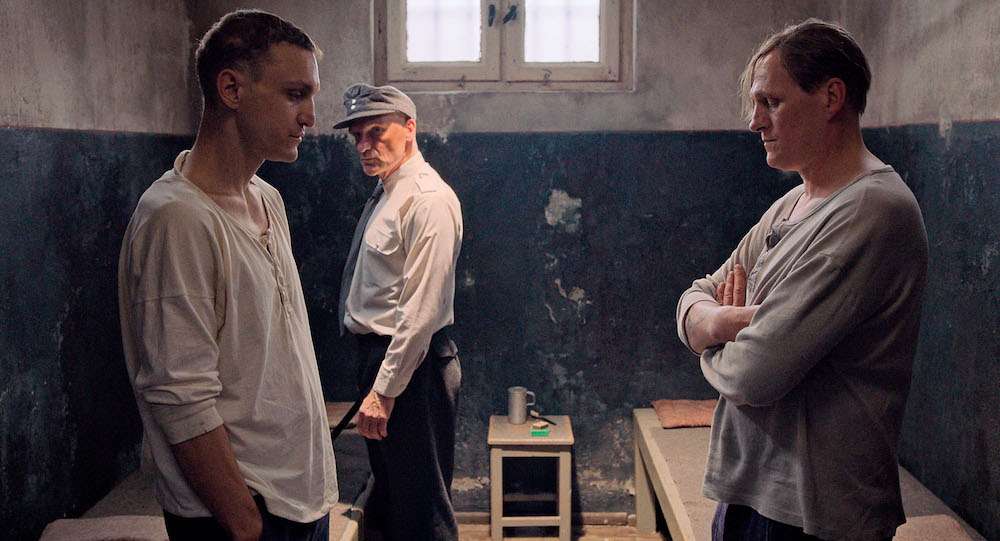 Franz Rogowski (left) as Hans and Georg Friedrich as Viktor in GREAT FREEDOM, a MUBI release.

At night, in the cells, there was also a night light that allowed the guard to see a prisoner when they looked through the peephole. It wasn’t meant to look realistic, Sebastian’s idea was it to look like there was an infant in a mother’s womb. So we had a red/orange glow that let faces and fragments of the body be seen, but without really making it clear where they were coming from.

The rest of the image was plunged into darkness, and in that light, it was rare to be able to see the walls. Practically speaking, it was simply a 650W bulb with a cone to channel the light. This effect was very strong during filming, and, in this case, we pushed it even further during colour grade, to make it even more dense, and used masks to bring out only the faces.

Overall, during the colour grade, we tended to accentuate what we’d already done, especially for the night-time shots. It was nice to have a director who wasn’t afraid to venture into the darkness. 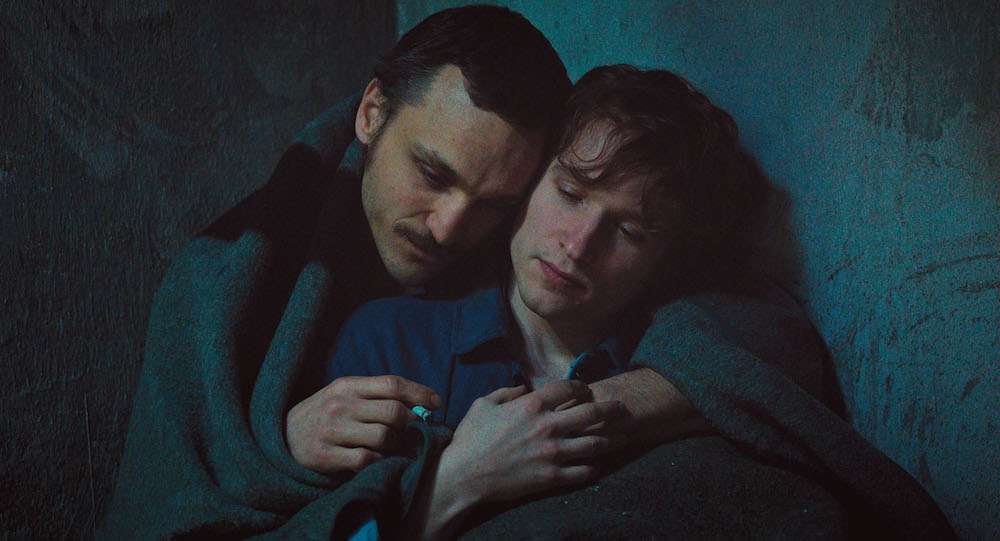 The film wasn’t filtered at all, and there was no diffusion either. The idea was to keep a raw aspect to the lighting. The only thing I could use to soften or to blur the image was using other lights, or reflection, to keep the shadows on the faces but bring out the eyes. I was just managing the contrast, keeping the idea of the top light.

In the solitary confinement cell, the only light the prisoners had was when the guard opened the trap in the door, to give food or to see what was going on inside. We adopted the principle that it would be a very strong light that would blind the prisoner, so the light was on a dimmer, which would enable us to recreate the moment of dazzling light followed by a more normal exposure. This was a very quick burst of light, so as not to flood the cell. The rest of the time, they were in total darkness. 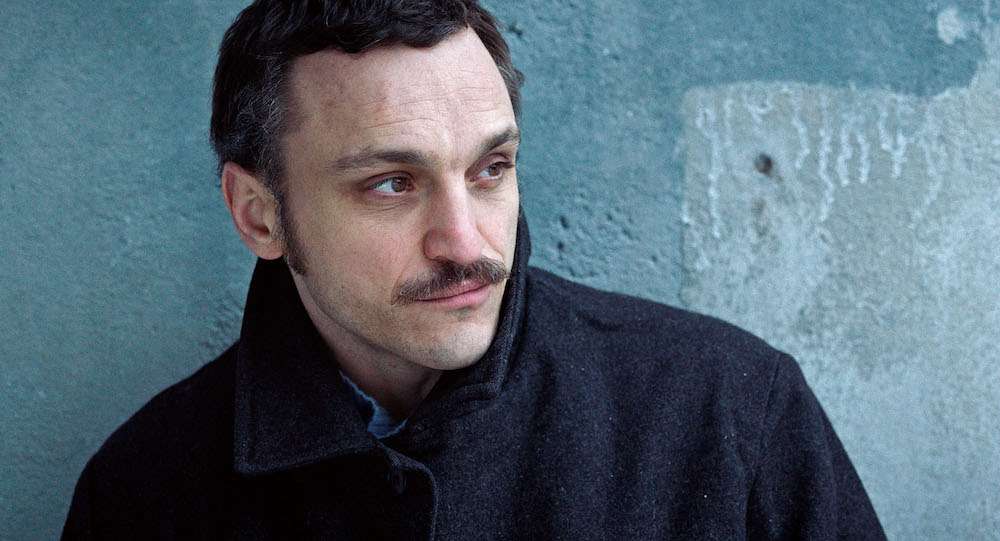 During the shoot, we kept a dim backlight that created silhouettes and enabled a presence to be felt on screen. These were often scenes that were supposed to enable a transition from one period to the next during editing. In the end, however, we realised it worked better to transition into total darkness, as that made it stronger. So we erased the border of light that appeared around the edges of the bodies during editing, and ended-up with long periods of total darkness where everything happens in the soundtrack and which enabled us to end up in a different time period.

The location of the main prison was about to be transformed into residential apartments, so we were allowed to break down walls between cells and have a greater number of camera angles other than always having to shoot from the angle of a door or a window. The walls were put onto rails, which allowed us to remove them and replace them quickly. So the cells were a sort of pseudo-studio, without the advantages of studio shooting, but at least we weren’t confined to a few square meters of space.

“We sought-out shots that would create a feeling of closeness”

Similarly, for the solitary confinement cells, we had one wall that could be moved, and the rear wall, which was completely recreated. This meant that we had as much room behind us as we needed, especially for filming around the doorways, which was important during interactions with the guards.

There was a big discussion about whether we could carry the camera on our shoulders. One of Sebastian’s references was Jacques Audiard’s Un Prophète (2009, DP Stéphane Fontaine  AFC), a film that was shot almost entirely from the shoulder. But, after we’d talked it over, we decided that it wouldn’t fit with our film. This film, which we shot in 1.85:1 aspect ratio using ARRI Alexa Mini, was much more poised and has a lot more close-ups at certain points. 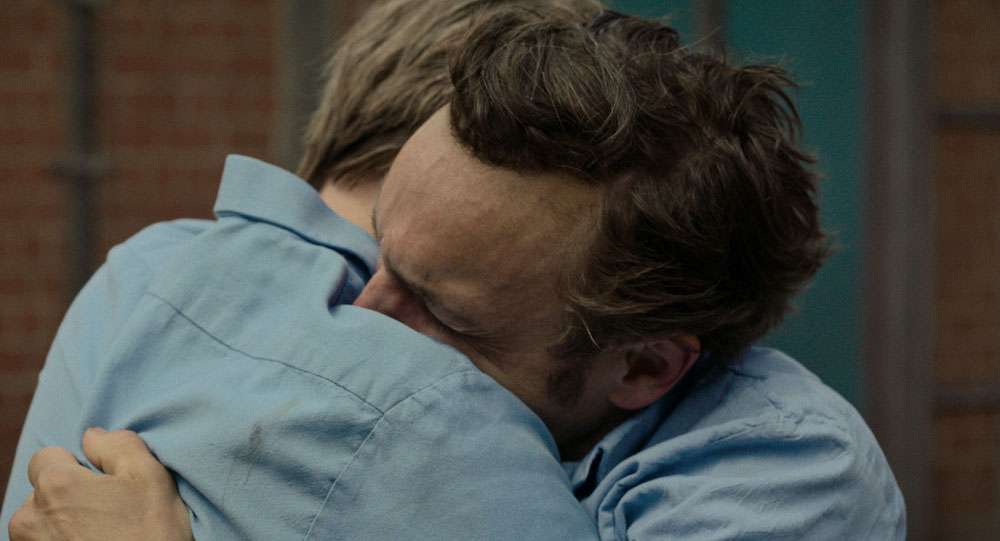 We sought-out shots that would create a feeling of closeness with the characters, although that has its limits – namely, the enormous amount of make-up work it requires. Because the film spans nearly twenty years, we had to age the actors or make them look younger depending on the era. So, there was a limit to how much we were able to shoot the skins, so as not to reveal how much had been done in terms of make-up.

We tried out several series of lenses, and we ended-up choosing the Leitz Summilux-C, mainly for their large focal plane, which allowed us to have a good range of focal lengths in tight spaces, with each lens close to the next – 35mm, 40mm, 50mm, 65mm, etc..

Sebastian wanted to see what it would look like on vintage lenses. He also wanted to try wide-aperture lenses, to play on the shallow depth-of-field. Therefore, we tried the Lomo series, but they have terrible deformations on the vertical, so we eliminated them immediately. 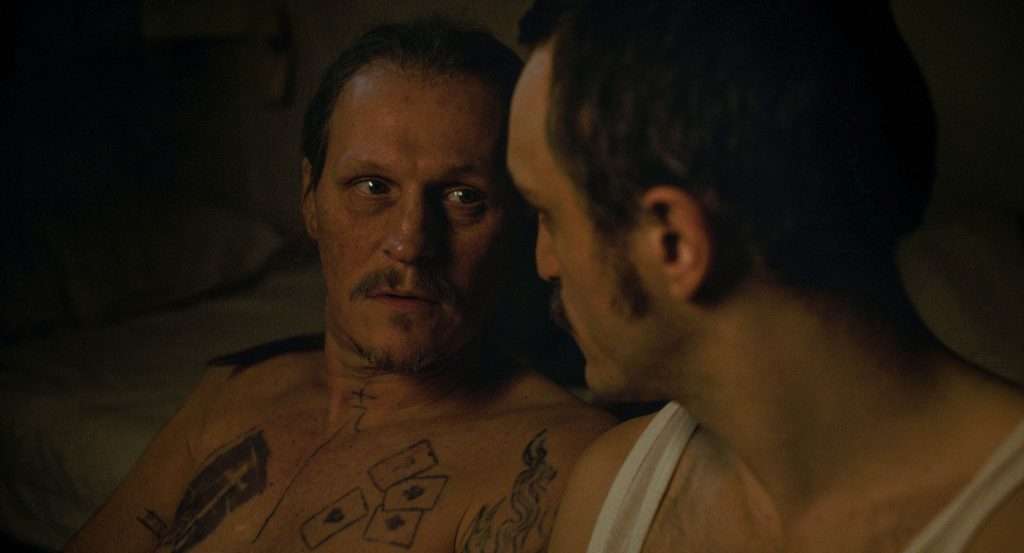 We also tried the Zeiss GO Super Speed lenses, which Sebastian liked a lot because they had the vintage quality he was after, and which he found lacking in the Leitz Summilux’s. But in the end, the choice came down to our ability to have a complete series of Summilux lenses, which wasn’t the case for the GO lenses.

The film was interrupted for almost three months because of lockdown. That gave Sebastian time to watch his dailies and to begin editing. By the end of lockdown, he wanted a lot more camera movements, particularly Steadicam shots, for the entire 1950s period, which we’d just begun filming prior to the interruption. That was a good thing because it created a different dynamic and characteristic for that period.

There’s a scene in the 1950s, of Hans filming his boyfriend, which was shot on Super8 film. We did it in Super8 because that was a camera that was used by amateurs at the time. During editing, Sebastian chose to keep the perforations on screen, that underscores the amateur film aspect and immediately evokes the era.”

Interview by Margot Cavret with translation by A. Baron-Raiffe for the AFC.