Shot on Kodak, in Super 16mm and 35mm film formats, and with an opening slate that reads “A fable from a true tragedy”, Spencer is an irreverent imagining of what might have happened during a ghastly, sometimes ghostly, Christmas weekend in 1991 at the Queen’s frost-bound Sandringham Estate, when Diana, Princess of Wales (née Spencer) decides to end her marriage to Prince Charles.

The intoxicating, psychological drama, directed by Pablo Larraín from a script by Steven Knight, received a three-minute standing ovation after its in-competition, world premiere at the 2021 Venice International Film Festival. Kirsten Stewart received acclaim for her compelling lead performance as Diana, and critics have lauded the exquisitely wistful cinematography of French DP Claire Mathon AFC, especially the gliding, close-up portraiture around the conflicted princess.

“I liked the mystery that emanated from the script, the fable side of this story about Diana. There was something both sensitive and visual in it that made me want to participate in Pablo’s universe,” says Mathon, a graduate of the École Nationale Supérieure Louis-Lumière film school in Paris, whose recent credits include the multi-award winning Portrait Of A Lady On Fire (Portrait De La Jeune Fille En Feu) (2019, dir. Céline Sciamma). Mathon previously shot Two Friends (Les Deux Amis) (2015, dir. Louis Garrel) on Kodak 35mm film. 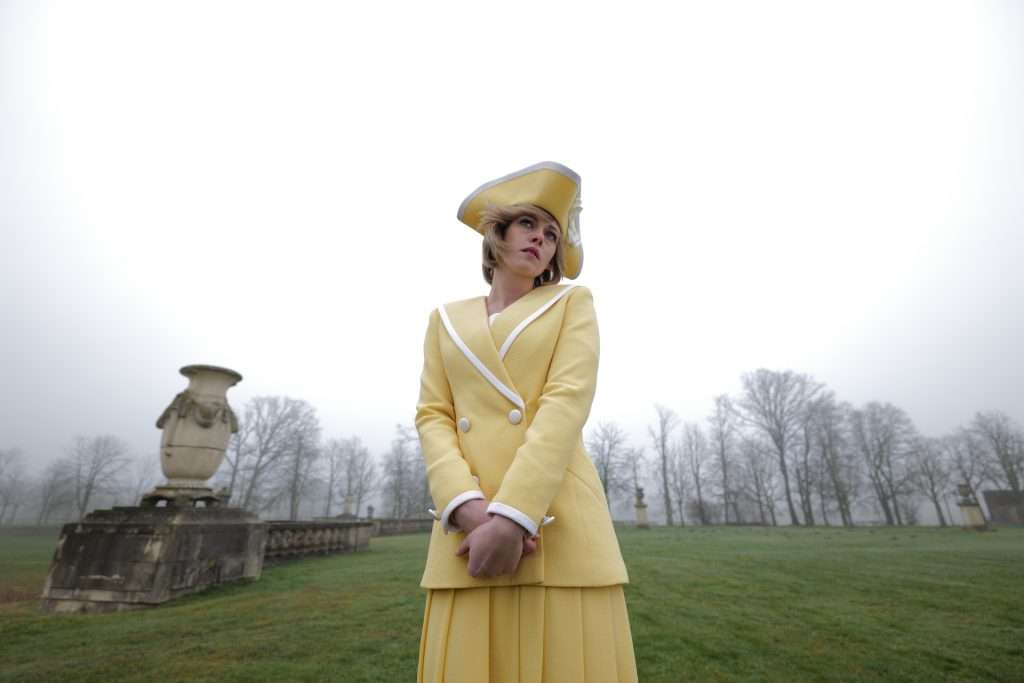 “During my first discussions with Pablo, we talked a lot about the manner in which we were going to shoot and frame Kristen playing Diana – from what distance, at what height and also how the camera would move. Pablo wanted to be very, very close to her, to create an intimacy, and also to find a singular energy, with a certain nervousness, in the camerawork. Movement is also a major element in Pablo’s cinematographic language and this was particularly so for this film.

“Although the story takes place in 1991, we wanted a certain timelessness and looked to depict more of the iconic side in this portrait of a woman. We talked about softness and the colour that is ever-present in Diana’s world. I salute the work and eyes of Jacqueline Durran, the head costume designer, and production designer Guy Hendrix Dias in this respect.”

“From our first discussions, filming Spencer on film was a necessity”

As regards the origination format for Spencer, Mathon declares, “From our first discussions, filming on film was not just obvious, it was a necessity. There was never a question about shooting digital or film. The question was whether we would shoot 16mm or 35mm?” 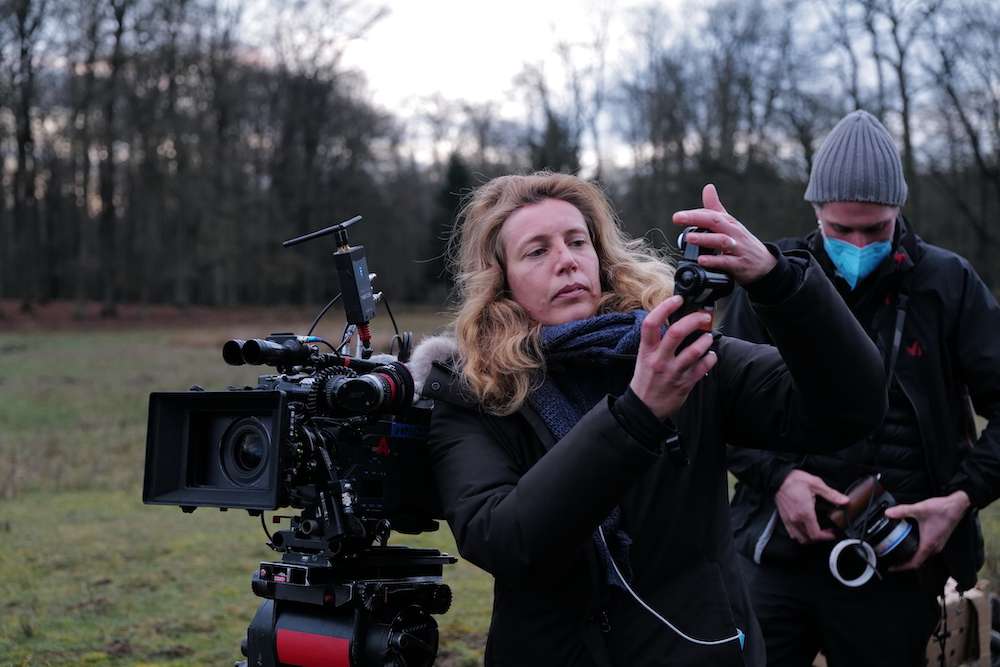 Mathon says there were many contemporary photographic references for Spencer, gathered from intensive research by Dias, and admits that some of those photographs showing Diana and her two young boys ­– Prince William and Prince Henry ­– accompanied her throughout the shoot.

Mathon and Larraín also reviewed sequences from films by Stanley Kubrick – such as Barry Lyndon (1975, DP John Alcott BSC) and A Clockwork Orange (1971, DP John Alcott BSC) – as much for the style of the camera movement, the rhythm of the shots and the use of short focal length lenses, as for the plasticity of the filmed image, especially on faces.

“We then started experimenting and testing to define our own palette and the texture of our images,” Mathon says. “For aesthetic reasons, but also for its lightness and the ergonomics of the camera equipment, we chose to go with Super 16mm for most of the production. The economic advantages of shooting Super 16mm were, of course, also part of the discussions.

“However, there were times when we didn’t want to show too much grain in the image, so we chose to shoot the more fragile, darker night scenes, which took place in low light, on 35mm film. For those scenes, the 35mm allowed us to retain softness and detail in the dark areas, while keeping fairly fine granulation in the overall image.” 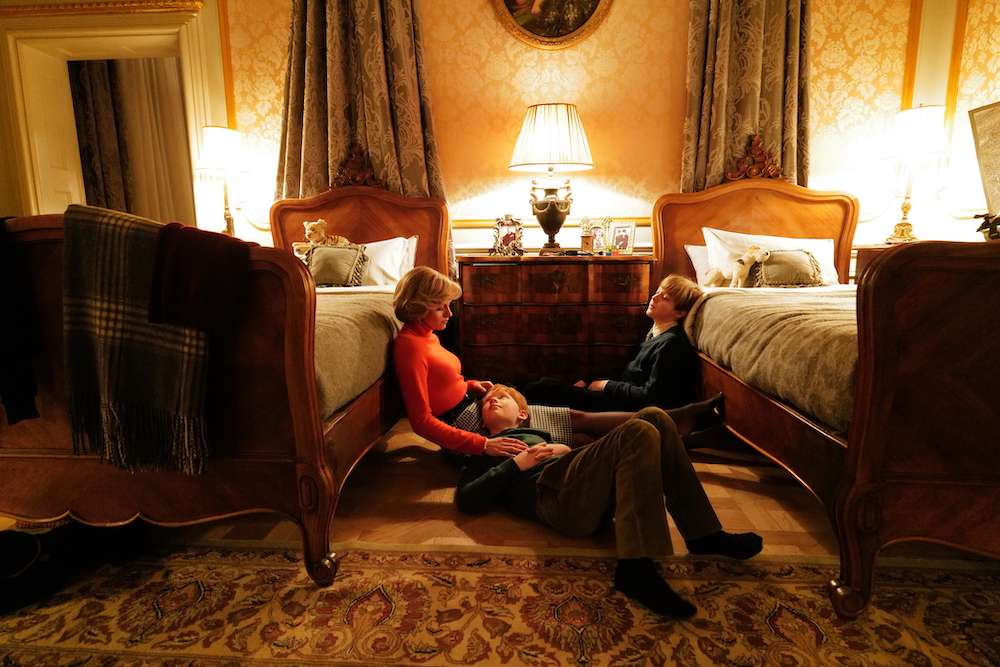 Production on Spencer took place over 38 shooting days from January 28 to March 29, 2021. A chiefly location-based shoot, with the sole exception of Diana’s bathroom, locations included the Schlosshotel Kronberg, near Frankfurt am Main, Schloss Marquardt, north of the city of Potsdam, and Nordkirchen Castle in North Rhine Westphalia, Germany. The production moved to the UK for the final stretch of filming around locations in Norfolk and London.

“Pablo and I liked the precision and minimal distortion of the Ultra 16s in short throw,” Mathon says. “The 8mm and 9.5mm were recurring short focal lengths in the film, as we were often very close to Kristen’s face. I chose the Leitz Summilux for their softness and depth.

“We shot in 1.66:1 aspect ratio so as to be the most faithful to the Super 16mm film format – to keep all its dimension and its definition. The 1.66:1 also helped with the close proximity we were looking for in this portrait of Diana.”

Mathon used a trio of Kodak Vision3 film stocks for the shoot – opting for 7203 50D for brighter exterior day scenes, 7207 250D for overcast exterior and general interior day scenarios, using 7219 500T and 5219 500T for the night sequences. Film processing and 4K 16-bit scans were done at Hiventy in Paris, with Mathon deciding not to perform any push/pull treatment at the lab, preferring to allow the set design and costumes evoke the period.

“Spencer is a winter movie, but it is also a hot movie,” says Mathon. “I have always favoured less sensitive filmstocks and, if the light had been sufficient, I would have shot every outdoor day scene using the 50D.

“Crucially, the 50D became the benchmark for the final look of the film, partly due to the overall smoothness of the image it produces, and partly the lovely soft rendition of the colours we wanted to achieve. For example, we really liked the rendering of greens, in the lawns and fields that were present in all of our English exteriors, and also the lavish reds of some of the costumes in the movie.

“Additionally, with film I always find extreme highlights are alive, and I love the great richness of skin tones in warm lighting situations, such as the two high-speed sequences we shot featuring candles.

“Overall, the choice of celluloid film formats helped to give the fable side of the visual storytelling a slightly haunted feeling, whilst also adding a smoothness to the image that, to my taste, contributes to the overall beauty and mystery of Diana’s character.”

A number of critics have noted Mathon’s framing in Spencer, with the camera being constantly in motion, frequently gliding behind and circling around Princess Diana.

“I got immense pleasure out of framing, breathing and being at one with Kristen and her character”

“It’s like a musical, I would even say it is choreographic,” Mathon notes, “We used Steadicam, the dolly and shot on the shoulder extensively, to create different rhythms, tension and a special intimacy with Diana. For me, the big, exciting and ultimately rewarding challenge – for which I thank Pablo – was using such short focal length lenses. I got immense pleasure out of framing, breathing and being at one with Kristen and her character.”

Working with short focal lengths, with the camera often moving in 360°, forced Mathon to light chiefly by bouncing-in light from the outside, together with deploying easily-manoeuvrable, modular and adjustable DMX-based lighting systems on-set, along with practicals that were subtly incorporated into the different locations. The lighting package was supplied by Maier Bros. in Berlin. 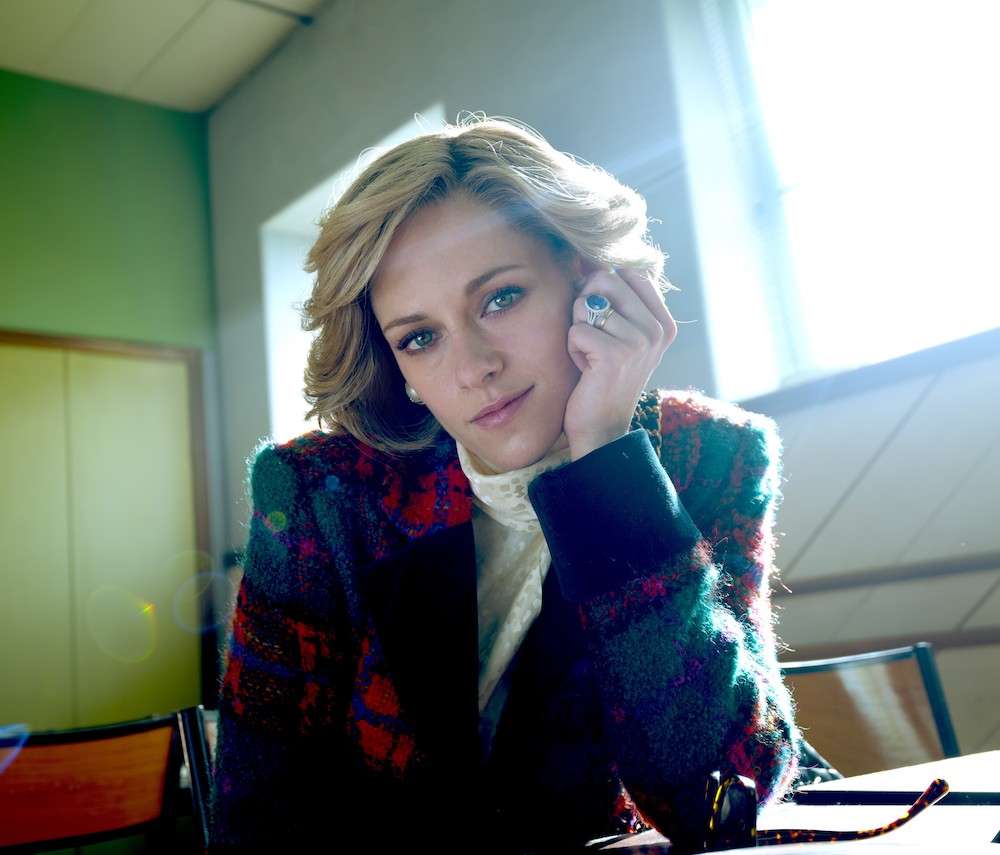 “I often used Astera Titan LED tubes and LED Carpetlights to adapt to each set-up, and was lucky to have a close-knit, attentive team to frequently perch, carry the lights and vary the illumination levels during takes.” explains Mathon. “I enjoyed a great collaboration throughout the shoot with Guy, the production designer and my gaffer Ernesto, with regard to the choice, arrangement and invisible integration of lighting fixtures into the sets.”

The DI grading for Spencer took place at Post Republic in Berlin with colourist Peter Bernaers.

“By working on contrast levels and the depth of colour, I was able to maintain great softness in the overall image, whilst making Diana stand out, but without ever hardening or impoverishing the image,” says Mathon.

“Much of the post-production work was also focussed on seamlessly mixing the different 16mm and 35mm emulsions, maintaining our sensitive approach to the storytelling, and keeping that unique authenticity and living vibration that belongs to celluloid film.”