WHAT DREAMS MAY COME

Edgar Wright’s time-travelling retro horror, Last Night In Soho, benefits from South Korean DP Chung-hoon Chung’s sleek cinematographic style that is easy on the eye and playful on the senses. 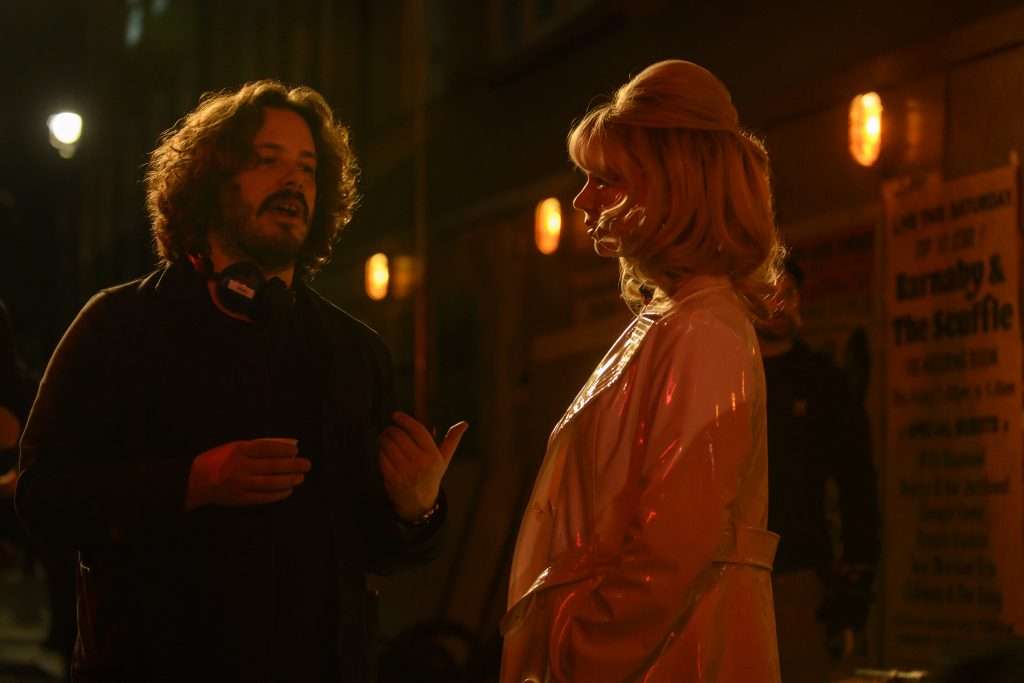 Eloise, Last Night In Soho’s first protagonist, is an aspiring fashion designer with a fixation on anything linked to the 1960s. One day she finds a way to travel back to the swinging London of that era and is dazzled by its splendour. Yet what initially seems a dream come true turns into something downright wicked. Enter Sandie, the film’s second protagonist, a wannabe singer with a go-big-or-go-home attitude and somewhat disturbing affection for toxic men. In the real world the two could co-exist without ever knowing each other, but in this particular reality of mayhem, malevolence and murder they begin to merge into one character. But then again, what is real?

Going to watch an Edgar Wright film you half-expect a stylish pastiche loaded with popular culture references and shenanigans, and while Last Night In Soho is undeniably an Edgar Wright film, it feels slightly different from his previous efforts. The reason is Chung-hoon Chung, a cinematographer known for his work with ferociously visual directors such as Park Chan-Wook and Alfonso Gomez-Rejon, and who replaced Wright’s go-to DP Bill Pope ASC during prep on the movie. 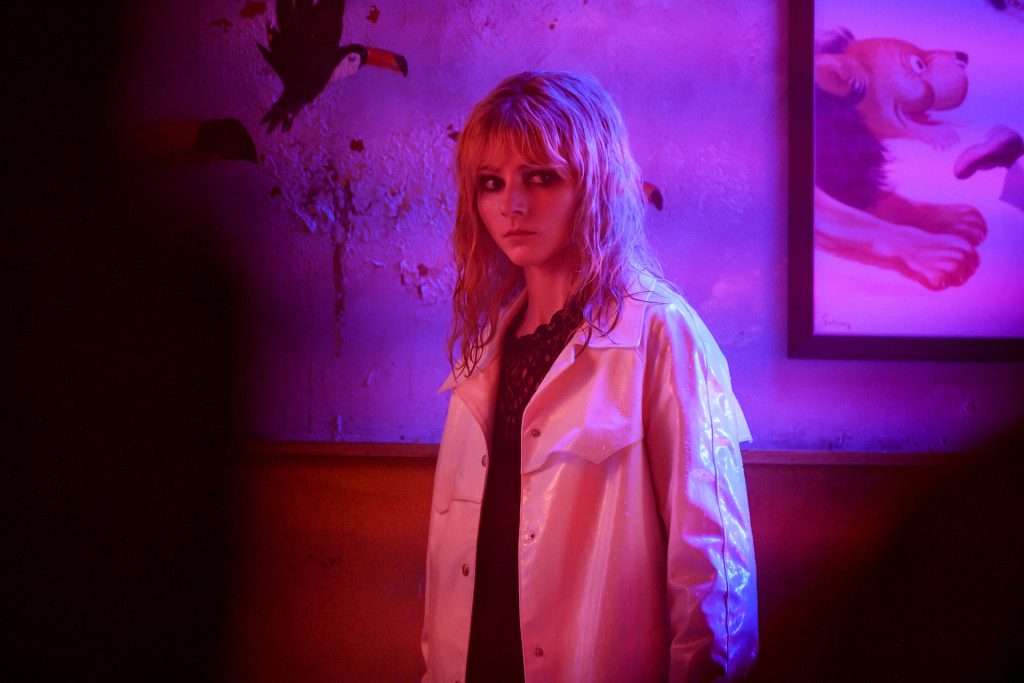 “I was wrapping up a project in Atlanta when I got the call that they wanted me on Edgar’s new movie. How could I refuse?”, laughs Chung. “For me it was back to LA for a day, to do the washing and get packed, and then head straight off to London!”

Needless to say, Chung was a little anxious to enter a 70-something day shoot that aimed at recreating the visual richness of ‘60’s Soho without longer prep, but he was adamant about making it work.

“The crew welcomed me with their arms wide open”

“I was feeling insecure because the crew consisted of people with whom Edgar had worked before, and here I was, a stranger wanting to become a part of their family,” he reminisces. 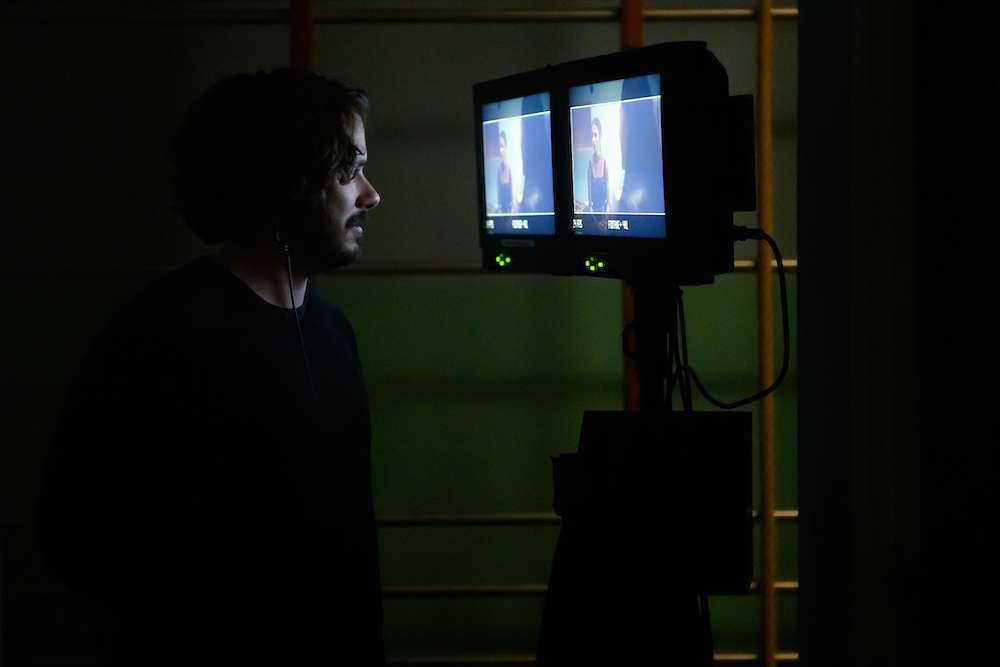 “But they welcomed me with their arms wide open. And, after my first in-person meeting with Edgar, in a screening room where he showed me his mood reel, I knew we would make this work and have a blast. I mean, I almost cried when I realised that he and I saw the film exactly the same.”

Chung claims, largely contrary to his body of work, that he has never considered himself a visual stylist. 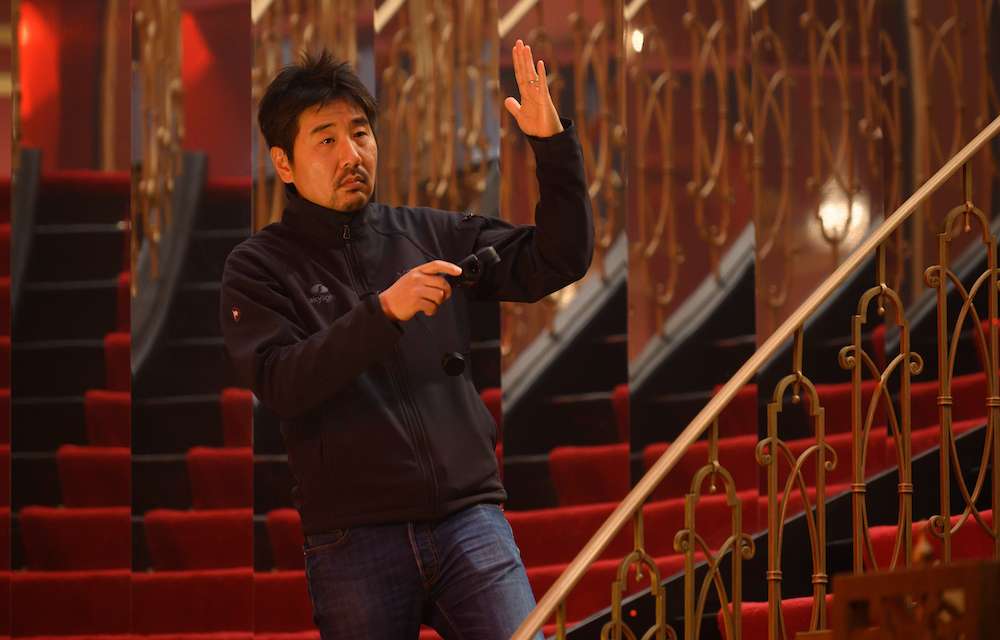 “I don’t have a style. My talent is, I understand drama,” he remarks. “My job is to transfer the directors’ visions into images. That’s plenty of work as it is. With Edgar each shot matters, everything’s part of a bigger story, and when I understood how his mind works, shooting was simple really.”

He also admits he has never been very big on the horror genre. “As a kid, I was part of the Spielberg generation, and after that horrors just didn’t stick with me. But when Edgar showed me Dario Argento and Sergio Martino films, I knew exactly what he needed me to do. It was all there, it just needed to be put into the realm of Edgar Wright.”

“I don’t like to overcomplicate things… I prefer simple plans”

Indeed, in this neon-lit, Giallo-inspired, genre-shifting realm of horrors and wonders, weird and sinister things happen, especially when the wide-eyed Eloise becomes fixated with Sandie’s sex appeal and begins to imitate her physicality. Is this still Eloise, lost in her confused imagination, or is Sandie somehow seizing her body through some macabre time-travelling affair? Or maybe they are both puppets in some shadowy figure’s malevolent plan? Everything in Last Night In Soho – from camera movement to colour palette to lighting – screams ambivalence. Until the final act, when the most important plot points are resolved and viewers can wrap their head around the twisty climax. 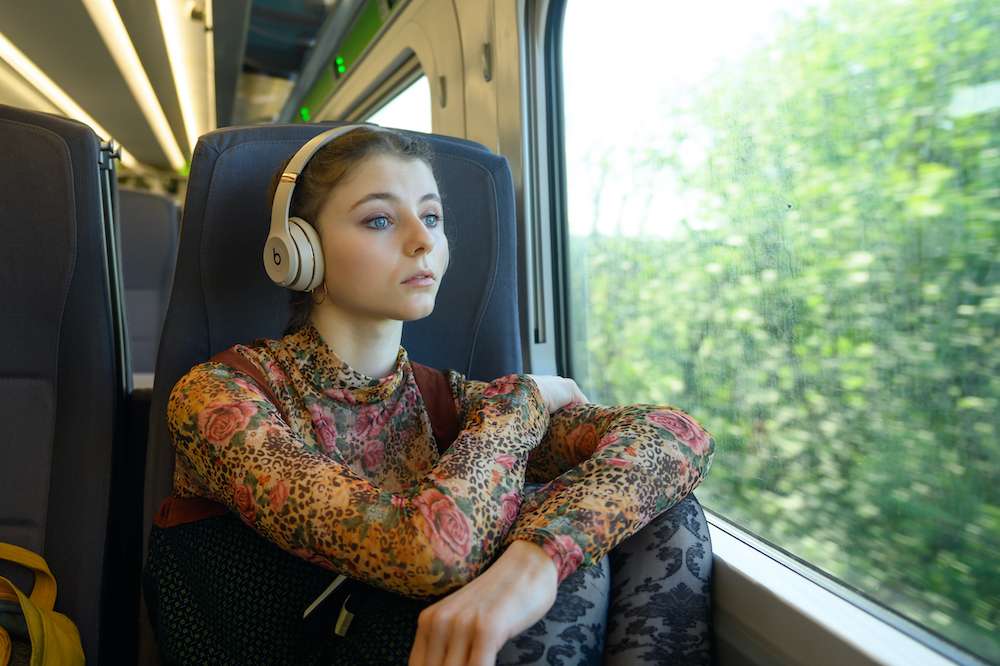 Chung, however, cannot emphasise enough that the plan was simple.

“We had two different time periods that connect in various ways,” he explains. “The present is more cool, slick and desaturated. When Eloise travels back in time, the images get warmer with her delighted gaze. Back to the present: cool. Back again to the 60s: warm. Neon lights, shades of blue, white and red, with red serving as a thematic aid.”

The periods also differ in terms of equipment that was used. 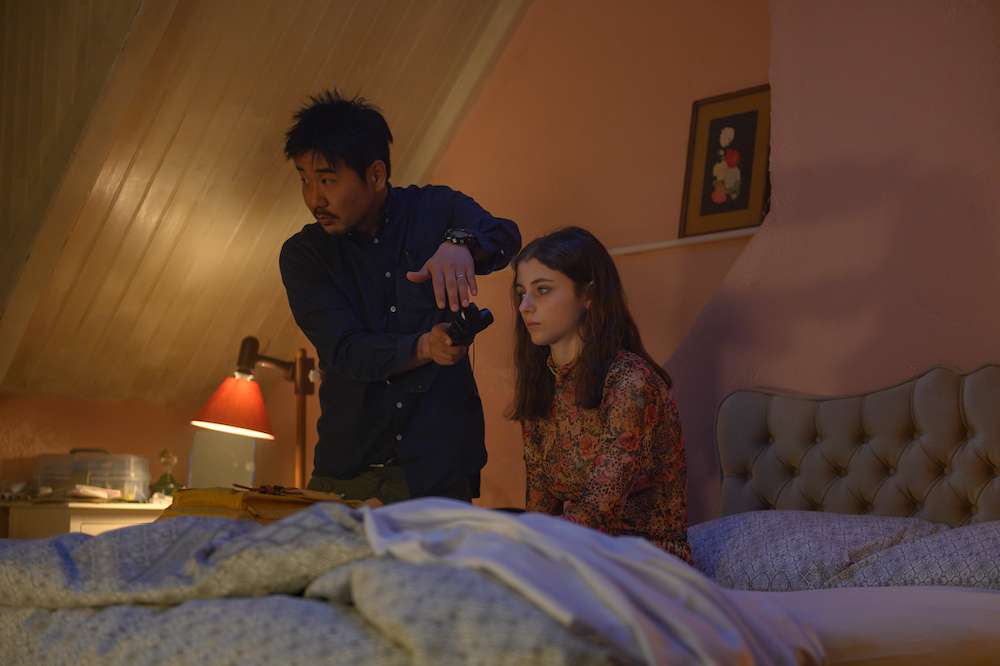 What about the cameras?

“Edgar wanted to shoot 100% film, but because we had to work on real, night-time Soho streets, that were always busy with real people, we decided to mix film and digital. About 80% was shot on 35mm using the Panaflex Millennium XL2, the rest, especially those night scenes, on ARRI Alexa XT and Alexa Mini,” notes Chung.

More than half of the film was shot on stage, though to stay consistent with his lighting schemes, he worked with battle-tested gear and the help of gaffer Mark Clayton.

“Outside, I used a lot of Tungsten, 5K, 10K, 20K, but mostly it was LED light, such as Sky Panels and Helios Tubes. With all the changes in colour intensity and syncing images with music – we even used metronome on set! – it was easier to control all the set-ups.” 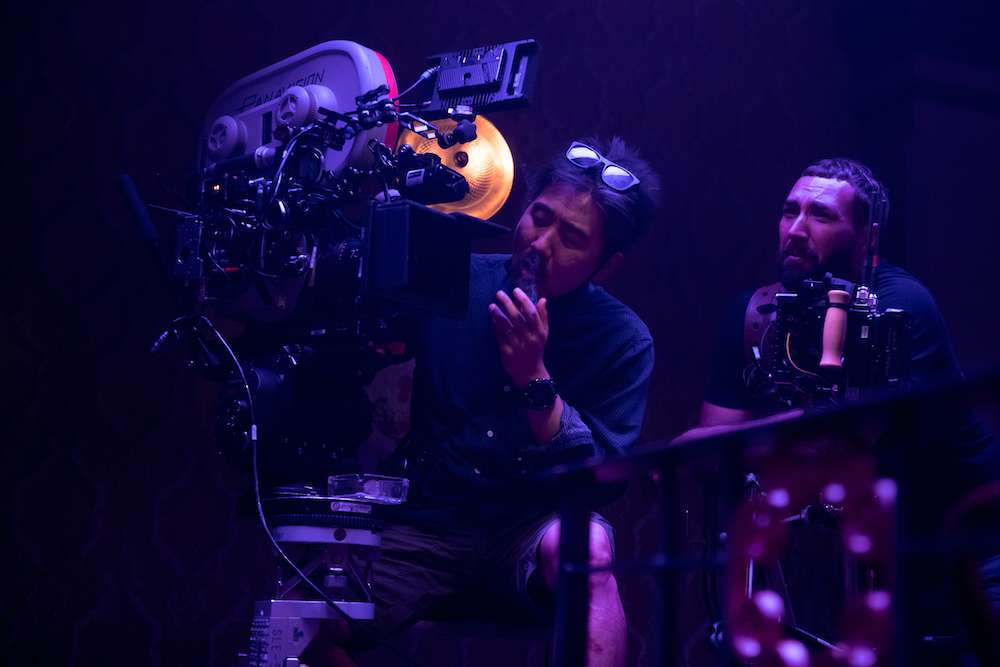 As you will see, there is a lot of camera movement in Last Night In Soho, especially when the two protagonists swap within some of the more hectic scenes.

“I treat the camera as another actor, I like to react with it and to catch beautiful moments. If actors change the way they act between takes, why should the camera stay the same?” says Chung. “This is why I hate Steadicam, it’s too mechanical. Even on Oldboy I had, like, two Steadicam days. But it was different on this production, because here I had a brilliant Steadicam operator, Chris Bain, who literally danced with the actors. So we shot more than 70% of the film with Steadicam and dollies. No motion control and no VFX, just a plain old camera dancing with people surrounding it.” 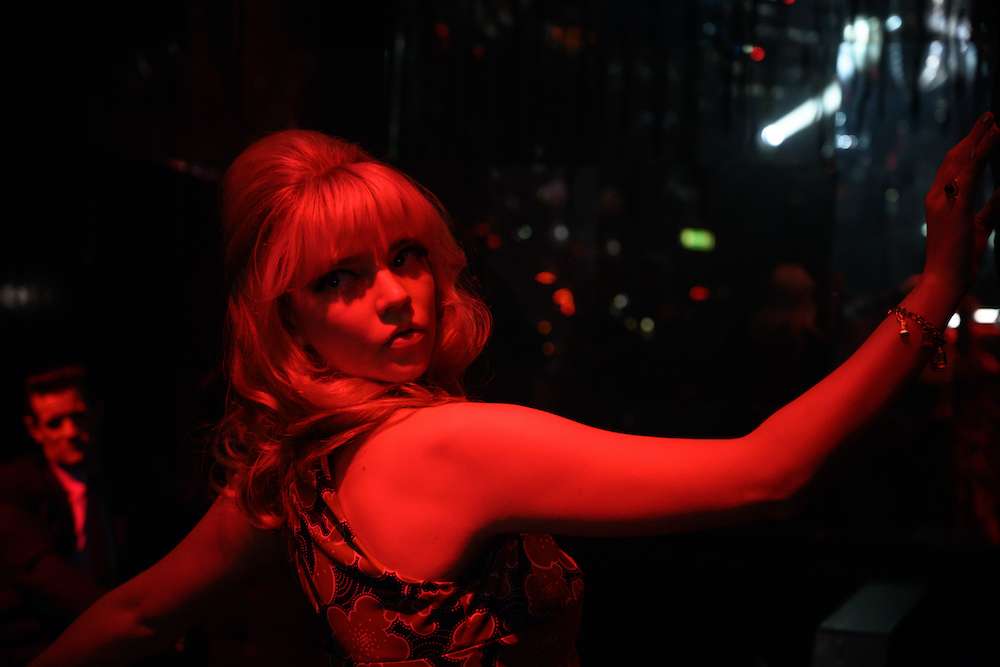 The result appears complicated on-screen but according to Chung was relatively straightforward on the set.

“I don’t like to overcomplicate things, I’m not smart enough. I prefer simple plans and change whatever needs to be changed during shooting. I always serve the story.

Last Night in Soho was shot over two years ago, between May and August 2019, but had to be shelved because of the obvious reason. While global audiences will finally admire this visually-evocative film, Chung-hoon Chung has already since shot two of the most anticipated projects of 2022 – a cinematic prequel to the video game Uncharted, and Disney+ original series Obi-Wan Kenobi. 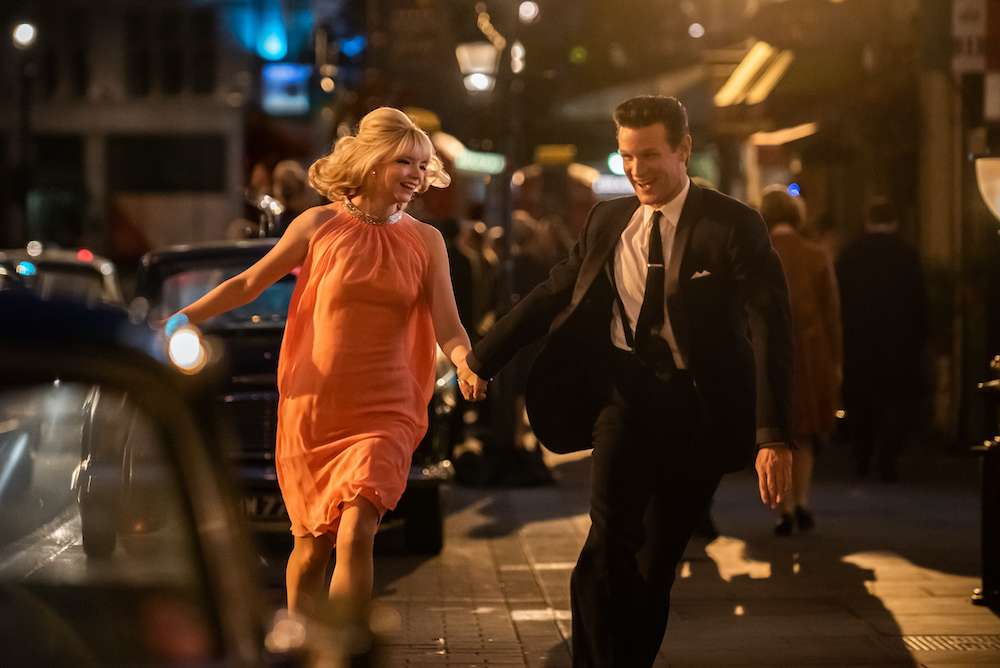