The Disney Channel’s original musical comedy movie Spin is full of the type of colour palettes expected of a story that follows an Indian American 15-year-old – played by Avantika – who discovers her artistic side through the unique world of DJ culture, and learns she has a passion for creating mixes that blend the textures of her Indian heritage and the world around her. To help show off the beauty of that world, cinematographer Jeremy Benning CSC and director Manjari Makijany selected the Cooke Optics S7/i Full Frame Plus for this large format production.

“Large format was just coming along and Manjari and I wanted to embrace the format,” said Benning. “I have a long history, along with my cinematographer business partner Adam Marsden csc, in using Cooke lenses, most notably for every season of The Expanse using the Cooke 5/i lens. But Spin would be my first large format project, so we needed a larger lens. I also needed to be unbiased during our tests, so I put the S7s up against another manufacturer’s lenses. Manjari was there and looked at the tests and she had a really strong feeling on the S7s. She really preferred the look of these lenses. That worked for me as the Cooke lenses, especially the larger S7s, have great bokeh with roll-off, smoothness and distortion that works well for faces. They’re also great at separation of foreground and background, giving a 3D type look.” 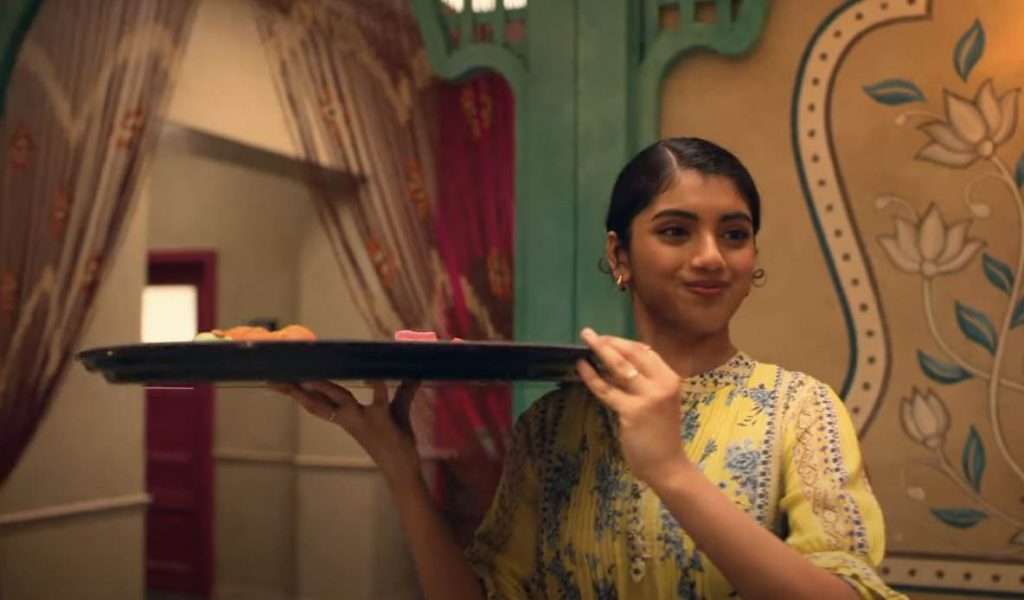 Spin was shot in Toronto and other areas around Ontario, Canada during October and November of 2020, using three ARRI ALEXA Mini LF camera bodies and the full set of Cooke S7/i Full Frame Plus Primes that were available at the time, all rented from Sim International in Toronto. Benning also brought his crew from The Expanse with him for Spin. “Working with the people you know, with them knowing how you work, is really a benefit. I told Manjari that if you bring me on, they come with me, so we needed to pull that trigger soon before we would lose them to other jobs. Best of all, Manjari loved them.”

“Sim could only get us one set of the S7s, and at the time, a few of the lenses in the current range didn’t exist yet,” said Benning. Benning’s kit consisted of the 18mm, 25mm,32mm, 40mm, 50mm, 75mm, 100mm and 135mm prime lenses. “Most of the time, we were shooting with two cameras A/B style, with the 40 and 25 getting the most use. A primary reason for not shooting single-camera was that we were working with minors. They have a nine-hour SAG day, minus lunch and tutoring. That gives us anywhere from a six-hour to seven-hour work day. So, we would shoot with A/B as much as we could when the space would allow for it. Plus, this was the first production since the Covid pandemic for almost everyone – crew and talent – so that meant masks and face shields. It was a challenge for all of us to keep our sanity and composure.”

Spin was shot ProRes 444. However, it would air in 2:1 on The Disney Channel with a slight letterbox for a more cinematic look. “I thought that 2.39:1 would be too restrictive height-wise and showed Manjari some samples of 2:1. She agreed with the restrictiveness of 2.39:1 as well. We also pitched Disney for an HDR finish, knowing it would go to Disney+. That would really make the colours in the film’s climax – the DJ competition – really pop.”

Colour played an important role in Spin. “We’d have a Hindu Festival of Colours <Holi> inspired school event in the film, with all that really saturated powder,” said Benning. “Manjari and I created the colour pallets for Avantika’s character Rhea, her male DJ counterpart Max <Michael Bishop>, Rhea’s family’s restaurant, Max’s house and the DJ competition in the nightclub. In that way, we could see how the worlds of each of these characters were subtly merging together.”

Two examples of where the S7/i lens characteristics are prevalent, according to Benning, are in Rhea’s bedroom when she’s working on her computer and in the restaurant dining room. “These shots, especially the close-ups, really show Rhea’s world in a way that is just beautiful coming from the S7s. Most of the film – at least 85% – is shot with the S7s, except for some specialty lenses used during a few fantasy sequences. But the look of Rhea’s world…that was all the S7s.”

As with most projects, lighting was primarily accomplished with LEDs, with ARRI SkyPanels in the restaurant to fine tune colour. However, the nightclub scenes were another story, as Benning explains.

“This was during the lockdown, but it would prove to be very beneficial for us. We were able to get the Purple Room/NOIR at the Rebel Entertainment Complex, Toronto’s largest nightclub. We would normally never be able to film there, but they were looking for business and that large space – six to seven thousand square feet – with millions of dollars of LED lighting, robotic lighting and LED screens was perfect, we got lucky!”

“My lighting board operator, Ken Wiebe from The Expanse, took control of the entire space, importing the lighting rig into WYSIWYG software on his laptop so we could do our own lighting design for each music track before setting foot into the club. He coordinated the timecode from the music with control of the lighting and LED screen sources so that we could do motion control passes in the crowd and jump to different parts of any song. A few days before shooting, we showed Manjari what we had, she gave us her notes, and we would go back and forth into my production office until we got it perfect.

In addition to his production crew from The Expanse joining him for Spin, Benning also brought along colourist Joanne Rourke, senior colourist from Company 3 Toronto (formerly known as Deluxe). “We had a solid remote workflow from The Expanse which I wanted to carry over to Spin. I was already set up at home for The Expanse, so it just made perfect sense to me. I suggested this to the head of post for Disney and he told me that they would like to work with them. By the time we were ready for post, I could actually go in, but I would be in my own room watching Joanne’s feed and we would be speaking on the phone, so it was like sitting next to her. For the initial HDR finish Manjari used an iPad Pro, watching remotely in LA and then we moved to a professional HDR monitor for her for the final HDR pass.

Spin premiered on The Disney Channel in August 2021 and was recently made available on Disney+ on November 12, 2021.f