Open for applications from 28 April

The Department for Digital, Culture, Media and Sport (DCMS) and the BFI have announced the launch of the UK Global Screen Fund, a one year pilot fund designed to boost international development and distribution opportunities for the UK’s independent screen sector.

The new £7 million fund will target support across the screen sector including film, TV, animation, documentary and interactive narrative games (Interactive) content. Financed by DCMS and administered by the BFI, it will focus on accelerating export growth, boosting revenues to independent UK screen companies and deepening international relationships.

Following extensive consultation with industry from all four nations of the UK and drawing on expertise from across the screen sector, the UK Global Screen Fund has been established to directly address industry need. Aimed at boosting the international competitiveness of UK screen content whilst growing the revenue and sustainability of domestic independent businesses, the fund is designed to help develop and produce projects with international appeal, expand the worldwide distribution of UK content and encourage collaboration with international partners.

Culture Secretary Oliver Dowden said: “The United Kingdom has an independent screen industry to be proud of. World renowned, our film, TV, video game and animation industries create jobs and growth the length and breadth of the UK.

“The UK Global Screen Fund will export the extraordinary talent and creativity of the UK to audiences across the globe, supporting our talented filmmakers and screen businesses to compete and grow.”

Ben Roberts, BFI CEO, said: “Today’s announcement of the £7m pilot UK Global Screen Fund will deliver a vital boost to the UK’s exceptional independent screen sector by stimulating international partnerships and generating new export opportunities. As we look to this weekend’s Oscars, and the incredible line up of UK nominees, it’s clear our screen industries continue to punch above their weight internationally, and contribute significantly to the UK economy. It’s vital we continue to build on the global impact of our diverse and brilliant independent screen content, enabling the creativity and success for which the UK is so renowned.”

David Parfitt, Oscar-winning producer of The Father and founder of Trademark Films, said: “We are delighted with the success of The Father, which has now sold in multiple territories around the world. However, this new fund brings a business development element alongside distribution support which is particularly attractive to a company like ours. It would allow us to engage and compete on more equal terms with other global independent production companies, allowing us to take further risks and giving a welcome boost for international success.”

Barbara Broccoli, Bond producer and producer of independent films including ear for eye and Film Stars Don’t Die In Liverpool, said: “I’m in constant awe of UK filmmaking – from the best writers, most skilled crafts people, extraordinary actors, innovative producers and visionary directors, our talent speaks to global audiences. And it starts with independent film – it’s the bedrock of all this creativity and an essential part of the ecosystem of film, it allows us to take risks and be bold, nurture talent and build skills. This new fund will help support that creativity and allow audiences all over the world to enjoy it.” 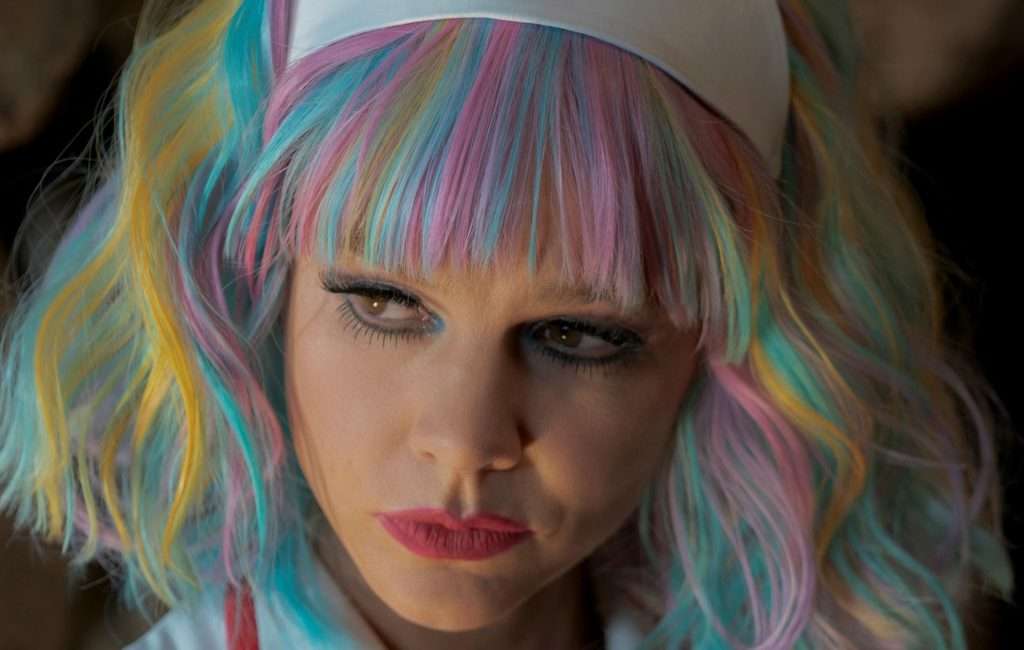 Alongside financial support for UK screen businesses, the UK Global Screen Fund will drive and fund a new international promotional campaign. Informed by newly commissioned audience perception research focusing on key international territories, the campaign will engage global audiences and reflect the extraordinary quality and diversity of screen content coming from the UK. Recognising the vital role of film, TV, animation, documentary and interactive in shaping how the UK is viewed around the world, the activation of this major campaign, set to go live later in 2021, will showcase independent UK screen content through multi-territory promotion of talent, content, and companies.

Underpinning the aims of the UK Global Screen Fund, further investment will support research into a new data hub. This will explore the possibility of providing international data that can allow financiers, screen content creators, sales agents and distributors to make better-informed decisions, establishing an evidence base to compete internationally, and thereby enhancing the UK screen sector’s global opportunities.

Simon Crowe, chair of Film Export UK and MD of SC Films International said: “Despite the pandemic, there are some fantastic British films coming through this year and the UK’s sales companies are poised to take them to global markets. This extra and highly targeted support from DCMS, via BFI, will tremendously increase the impact those films can make.”

Kate O’Connor, executive chair, Animation UK Council said: “Building on our starting position of creative excellence, and COVID resilience, UK Animation has the potential to become a genuine world leader in the global market-place. As one of the most geographically diverse of all the UK screen sectors, we welcome the announcement of the UK Global Screen Fund as part of our sector plan to support growth and create jobs across the UK. We are looking forward to working closely with the BFI and the Government to create the business and investment conditions to support our brilliant animation sector.”

Dr Jo Twist OBE, CEO of Ukie, said: “Games businesses across the UK are creating world class stories that capture the imaginations of millions.  It is critical that the UK Global Screen Fund continues to evolve and plays a key role in helping interactive entertainment companies to deliver cultural value, whilst supporting innovative creative companies around the UK.”

Screen content is a major UK cultural export. Recent research by Parrot Analytics, exploring the global reach of British content, found that it ranked second only to the US in its ability to engage audiences around the world, also demonstrating a strong correlation between demand and global availability. The UK Global Screen Fund presents a unique opportunity to increase UK exports by supporting the independent screen sector in maintaining its existing international relationships, whilst further building global networks, growing audiences and in turn generating jobs and skills.

The screen sector is one of the UK’s fastest growing industries, contributing significantly to the national economy. Prior to the impact of COVID-19 the UK was experiencing a major production boom with 2019 figures revealing the highest spend ever on film and high-end television production in the UK, at £3.62 billion and including high levels of international production investment. Despite disrupted production schedules throughout 2020, production spend for the whole of year was £2.84 billion, down just 21% on 2019’s record levels, with the final quarter demonstrating strong recovery with the second highest quarterly result on record. This success was further proven by spend on animation programme production in the UK, which reached £61 million in 2020, an increase of 55% compared with 2019, with 74% generated by inward investment and co-production programmes. 2020 was also a record year for the UK video games market, hitting £7bn and up 30% compared to 2019. Games development and publishing directly contributed £2.91 billion in GVA to the UK economy in 2019, and a report released by Ukie in 2020 showed that UK games businesses were operating at an average of 80% productivity even throughout lockdown. 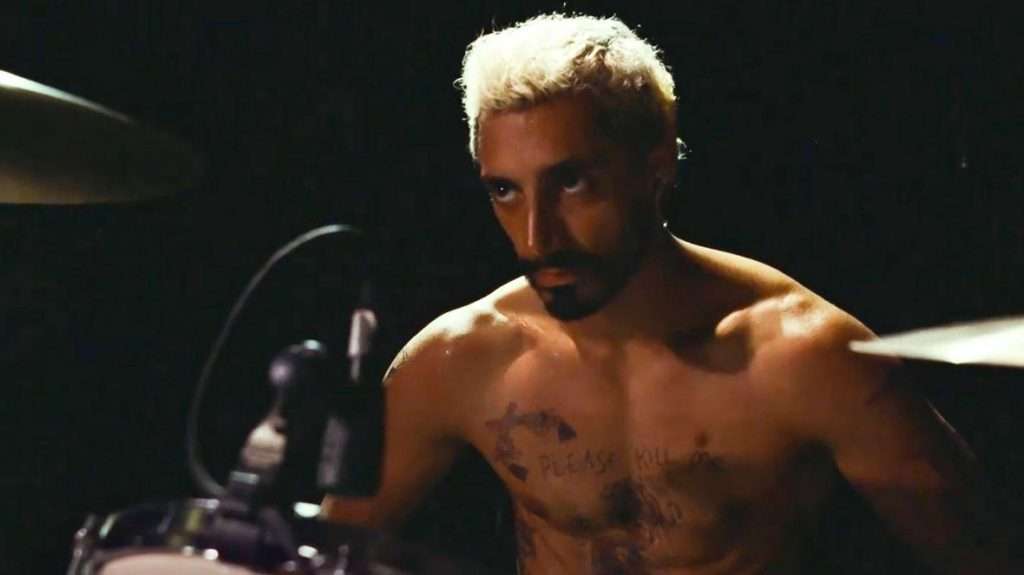 This proven talent, innovation and resilience of the screen sector, together with the work of the BFI-led Screen Sector Task Force and UK Government interventions, sees it well-placed for continued economic growth and further potential for making a vital contribution to the UK’s cultural recovery. By supporting and promoting continued collaboration with international partners, and boosting UK exports, the UK Global Screen Fund will stimulate brand new opportunities for growth across the nations and regions.

Independent screen production plays a vital role in this growth and, prior to Covid-19, UK independent film accounted for over £200 million in production spend. The UK Global Screen Fund aims to give a platform to diverse voices, stories and talent by boosting the international profile, appeal and consumption of UK independent content.

The UK Global Screen Fund is open to independent screen sector companies registered and centrally managed in the UK, which meet the eligibility criteria in the published guidelines. The fund will support independent companies across the UK, ensuring a UK-wide benefit and addressing geographic imbalance within the industry. Consideration will be given to where companies are based, where projects are made and how projects reflect the culture and talent of Northern Ireland, Scotland, Wales and the English regions outside Greater London. The screen content eligible for the Fund includes feature-length and episodic fiction, documentary and animated content for film and television as well as interactive digital projects with narrative content (‘interactive narrative games’), for distribution via digital platforms.

The announcement of the new UK Global Screen Fund follows an unprecedented package of Government support for the UK’s cultural sectors, with the Department for Digital, Culture, Media and Sport having already invested £500 million into the Film & TV Production Restart Fund and almost £2 billion for arts and culture, including the £1.57 billion Culture Recovery Fund that was recently extended by £300 million. In addition to continuation of existing programmes including the UK Games Fund. Alongside this, the BFI’s Screen Sector Task Force brought together a coalition of professionals from every part of the film sector to drive forward a recovery programme to enable the industry to restart and recover. This work has been pivotal in ensuring the continued strength of the sector, generating jobs and contributing to the UK economy.