Dan Atherton on The Passenger

Excusive Q&A with 2020 BSC Club Short Winner Dan Atherton regarding his work on The Passenger.

CW: How do you feel about being a BSC Award-winner?
Dan: Stuart Harris, my old tutor at the National Film & Television School (NFTS), sent me a lovely congratulatory message saying that it’s always nice winning awards, but it’s particularly special to win something voted for by your fellow cinematographers. That sums up my feelings rather nicely!

It also gives me great motivation to go out there and do it all again with all of the wonderful collaborators, in particular my director Roland Kennedy. We’ve formed a great friendship and artistic process that I hope continues for the rest of our careers.

CW: Tell us a little about your film school education?
Dan: I studied cinematography at the NFTS and graduated in 2016. I was taught by the legendary duo of Brian Tufano BSC and Stuart Harris, as well as many other great visiting tutors. 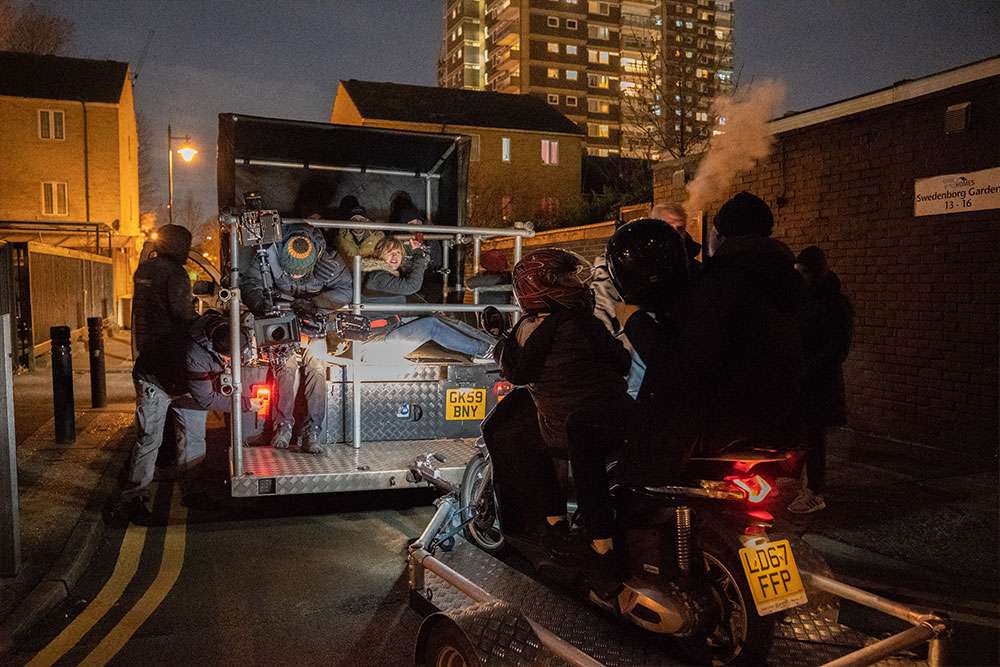 CW: Tell us a little about the story of The Passenger?
Dan: The Passenger explores one night in the lives of Gus, Marcel and Jodie – three siblings caught up in the world of moped crime in London. I jumped at the chance to be involved in such an interesting story with the potential for high-action scenarios, complex characters and with a social dilemma at the heart of it.

Our main character, Gus, was played by star of tomorrow actor Conrad Khan. The film was directed by my good friend Roland Kennedy. He went to the NFTS with me, but we never actually ended-up working together during our two years there. This was the first fiction project I’d shot for him. He, and the writer Eoin Doran, had won the BBC Films and NFTS ‘Bridges To Industry’ short film pitch. Our producer was Miranda Ballesteros, with Eva Yates and Venetia Hawkes working as executive producers. The production designer was Isobel Dunhill, and Oliver Cronk was our costume designer.

CW: What were your initial conversations with the director about the look of the film?
Dan: One of our main references was the work of my friend, Sophie Wedgwood, who is an amazing photographer. I love her work and knew she’d covered stories in similar settings. What I noticed and enjoyed was this mixture of green and orange light, which is very typical of London today as it transitions from older bulbs (warmer tones from sodium and Tungsten) and into newer fixtures (greener tones from fluorescent and LED). I thought championing that would suit this world well but mainly it gave us a simple direction to our image considerations – be that for location scouting, lighting design, composition, costume, production design or LUT development. Restricting ourselves to that colour palette was the most efficient and realistic way to achieve a consistent look across the board.

We also spoke about the idea of surveillance footage mixed in with a character-led camera that follows the action closely. Roland quite early-on had sent me this brilliant taster tape that included lots of CCTV, dashboard and iPhone footage of these lawless kids stealing phones from mopeds.

We were interested in the pre-established relationship the public has with this topic and the distance it creates between audience and subject. This encouraged us to include that taster tape footage in the film, record iPhone footage with our cast, shoot our own CCTV footage and transition scenes with a top-down surveillance style drone. Our intentions were to weave these in amongst the more performance-focussed camerawork to contrast and complicate the audience’s relationship with these characters. Hopefully having watched the film you are asking yourself questions about how you feel towards Gus and Marcel. 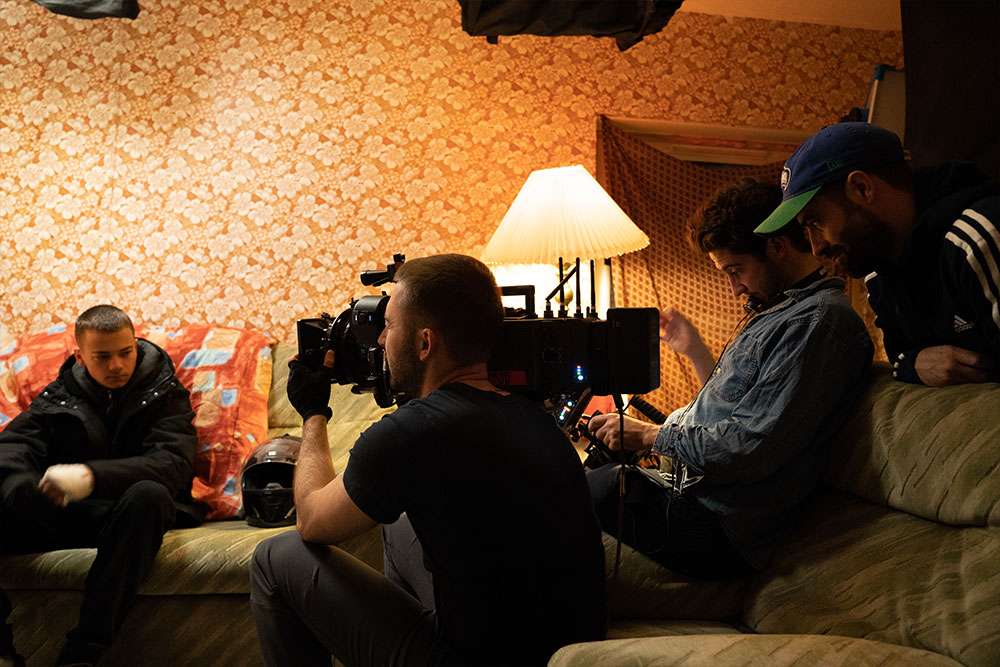 CW: Give us some details about the shoot?
Dan: We shot entirely on location in London over four days. We had it tough scheduling-wise, due to London estate shooting hours, child licence shooting hours and it only getting dark at 6pm. We ended-up only having five or six actual shooting hours most of the time. Our decision-making and direction had to be simple and efficient in order for us to achieve the days.

The location scouting process was extensive, as I knew we’d need locations that would give me a base level of ambience, lit backgrounds and adhere to our colour palette choice. Basically it was about shooting in spaces where camera and lighting wouldn’t eat up the little time Roland and the young cast had to craft the performances in front of camera.

Every time I was tempted to complicate things I would hear Brian Tufano BSC in my head saying “Keep it simple stupid!” a phrase he said daily at film school!

CW: What aspect ratio, cameras and lenses did you select?
Dan: I actually used the ARRI Alexa LF and Signature Primes that were awarded to me by ARRI for winning the BSC competition the year before with a short film called Love Pool, directed by Asim Chaudhry. I felt that The Passenger would be a perfect opportunity to use this camera package. It would allow me to shoot in low-light situations for night exteriors, and see wider in tight, interior locations without having to use distorted, super-wide-angle lenses. As happy as I am with the results, I felt like I was only just starting to get used to what the camera and lenses were capable of come the last day of the shoot! Many thanks to ARRI for their help. 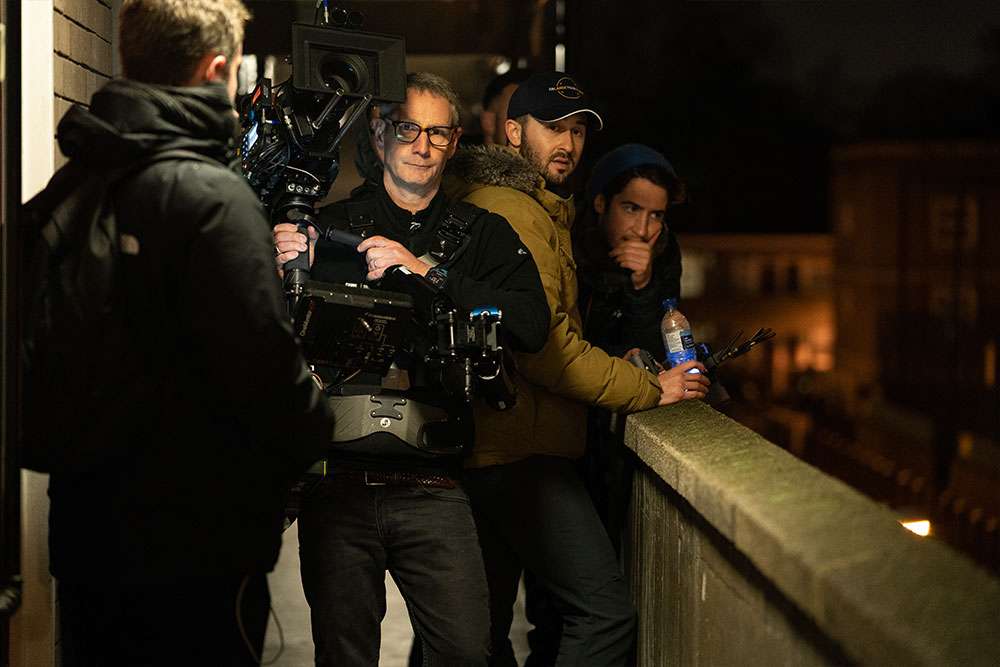 CW: Tell us about your lighting strategy?
Dan: Lighting-wise I had a simple formula that I applied to most scenes. I took a meter reading of the base level of ambience, so I knew the range I’d need to work within. I’d then turn-off and flag-off lights (without effecting the ambience too much) that were too frontal or creating a light sandwich.

From here we’d pop one to two green or orange lights on a black stand way in the distance. I had bought some small cheap sodium fixtures, which worked a treat, but there were times where an ARRI Sky Panel with green dialed-in worked better.

I would then key the foreground with the contrasting colour so there was always this messy mix of green and orange. It was important to me that it was messy and not overly shaped so it didn’t look too polished and not real enough for this story.

One of the more challenging lighting set-ups was the pizza-stealing scene. I needed to turn off 50+ exterior corridor lights to create more light animation as the characters run through the estate. Without doing so the scene could run the risk of looking quite flat and not having that extra level of energy to the imagery. It took me three hours before call, and three hours after call, to go round with a step-ladder and screw driver to open the fixtures and unplug every other bulb. That was more painful than the many takes I had to operate sprinting whilst holding the LF!

Lighting The Passenger was all about working with and shaping what was already there rather than building something from scratch. Thank you to Panalux for the lighting equipment. 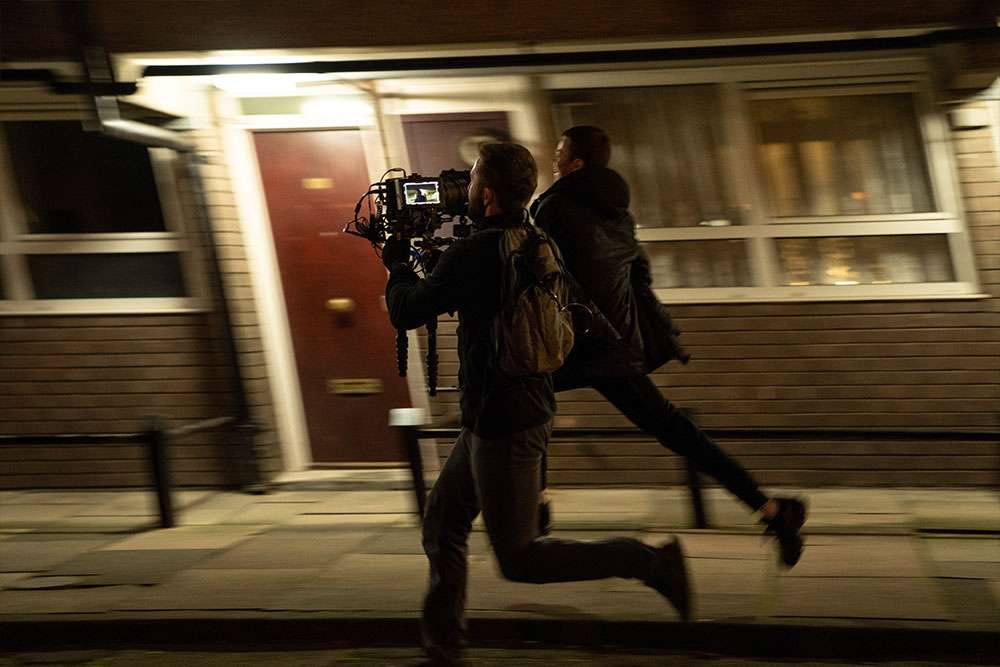 CW: Where did you do the final grade?
Dan: Technicolor kindly did the post for us. Jodie Davidson was instrumental in helping create the look. I shot some interior and exterior tests on the Alexa LF, in rough but similar lighting, and took the files into Technicolor to create a LUT.

Jodie’s reel is full of varied filmic looks, and she’s so good at translating direction into colour work. So it didn’t take us long until we found the right look for The Passenger. We even had time to compare dog pictures!

Working in this way is kind of like developing your own unique filmstock, where only you know how to get the best image out of it. I don’t get to work on celluloid as much as I’d like, but processes like this help cinematographers to retain the authorship of the look.

Monitoring the LUT live on-set really helped inform the photographic decisions I made, and encouraged other departments to move in the same direction. I owe a huge amount to Technicolor for what they’ve done for me on this film and my career thus far.

CW: Who were your crew?
Dan: Shaun Cobley was the main Steadicam operator and John Ferguson came in to do one day as well. I first met them on my NFTS graduation film, Sweet Maddie Stone, and they were a huge part of that film’s success. I keep asking them back and they’re always happy to help when they can. I’m very grateful for the storytelling perspective they bring to operating.

Jon England and Malte Hubner shared focus-pulling duties, and both were great in dealing with the shallow depth-of-field Steadicam/handheld combination. Cameron Axsel and Rhys Warren were the clapper loaders. Esteban Gimpelewicz was the gaffer and really got on-board with the vision for the film. Dave Holliday kindly came in as key grip for our tracking vehicle shots.

Alix Milan and his company, We Love Hue, did all the DIT work. He went over and above what was expected by being there for me in all stages of production. Alix is one of the nicest guys in the industry, and is someone whose opinion I respect greatly. 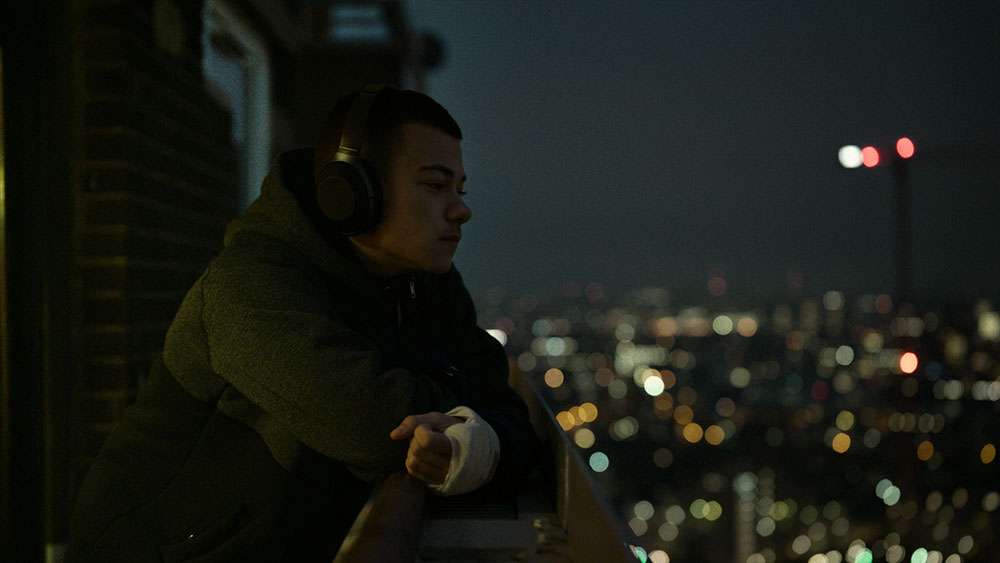 CW: What were the biggest challenges on The Passenger?
Dan: One of the challenges was how we’d sell to the audience that the younger brother could ride a moped. Badger Skelton, who played Marcel, was too young to have ever ridden a moped before and would not be able to do the two stunts that were written in the script.

Both times we had planned a Texas switch where the camera would choreograph around Badger, before swapping out for a short stunt driver in the same costume. It worked beautifully, but when it came to the edit, done by Sofie Alonzi, they decided to cut to other shots. Pain! For the close-up shots of Badger on the moped we attached the moped to an A-frame on a tracking vehicle provided by Bickers.

CW: What’s coming up next for you?
Dan: Just before lockdown I finished shooting my first longform fiction job with another great NFTS friend and director, Brady Hood. Together we did the last block of a new Netflix original TV series called The One. We finished grading recently so it shouldn’t be long before it’s available to watch. Other than that I might be doing a small feature early next year if the stars align.