Short film Get Away demonstrates the capabilities of Sony’s FX3 camera through the lens of a psychological horror story.

Three young women find themselves trapped in a 1970s horror movie in Get Away, a short film conceived and directed by Michael Gabriele and produced by Daily Planet for Sony Cine. The 17-minute film is designed to promote the cinematic qualities of Sony’s FX3 camera while sending chills up the spines of viewers.

The film opens as the women arrive at a dilapidated vacation home located on a desert road so remote, it lacks cellphone coverage. Oddly, the furniture and everything else inside the place seems 50 years old, including a dusty VHS tape for a movie called Desert Dwellers III. Things become even stranger once the women pop the tape in a player and find themselves drawn ever deeper into the terrifying events unfolding on the TV screen.

Gabriele, whose background includes short films, branded content and commercials, felt his psychological horror tale was an ideal way to engage viewers while showing why the compact FX3 has become so popular among high-end filmmakers. “Much of the story takes place at night and one of the unique features of the camera is its ability to shoot in low light,” he explains. “The horror genre allowed us to explore a range of lighting while capturing cinematic imagery that is contrasty, dark and moody.”

Gabriele developed the film’s time- and space-bending story in tandem with co-writer Anthony Jefferson and describes it as having the eerie flavour of a Twilight Zone episode. “We’re melding two worlds, one that’s present day, the other fifty years in the past,” he says. “The two worlds collide while keeping you guessing what happens next.”

The film was shot over three days in California’s high desert. The whole thing, including several panoramic drone shots, was captured with a single FX3 camera by cinematographer Ryan French. “We began on Friday the 13th and ended during a blood moon,” Gabriele recalls. “It was a challenging shoot. We did splits, starting midday and ending in the middle of the night. We kept pushing our call time because we needed more night scenes. On the last day, we wrapped as the sun was coming up. It was beautiful and amazing.” 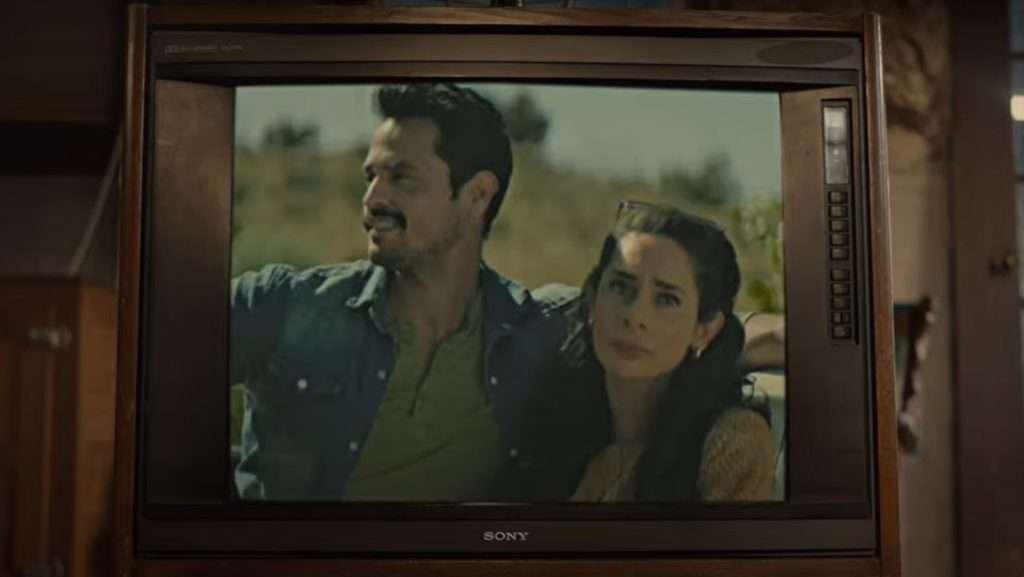 While showcasing Gabriele’s skill as a director, Get Away also highlights Daily Planet’s push into narrative filmmaking. “Everything we do is about storytelling,” says Scott Marvel, the company’s executive producer. “We’ve worked in the advertising space with agencies and brands, but we also apply our narrative skills to other media. We’ve worked in the 360 virtual space, and we’ve done comedy. This film has an old school horror film vibe and we love that.”

Gabriele is hoping to develop Get Away into a feature, noting that he’d like to dig deeper into the story and flesh out the characters. “I’m always looking to capture human emotion,” he says. “I am drawn to projects that allow me to convey emotion across the arc of a story. I like stories that make people think.”