Laval, Québec-based Creative Lab, which creates lighting and visual installations of all kinds, has invested in 24 Ayrton Mistral-TC LED spot moving lights.  The new fixtures have already been put to work on the Montreal Canadiens’ “Samedis FANatiques” (“FANatic Saturdays”) pre-game show and on a glitzy auto dealership event.

“The Mistrals are our first Ayrton fixtures but certainly not our last!” declares Francis Aubin, president and founder of Creative Lab.  “They are also our first moving light purchase.  We decided to go with Mistral because the fixtures are well known in the industry by lighting professionals.  Mistral is compact, versatile and powerful – the ideal first moving light to add to our inventory and bring more creativity to our design.” 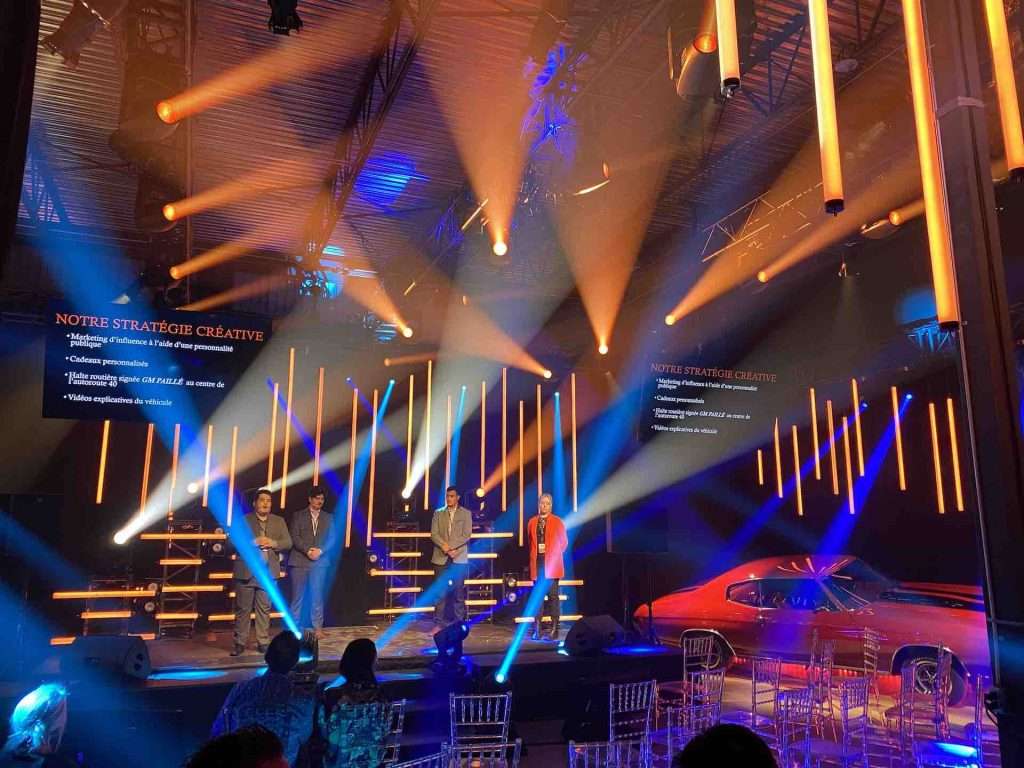 Creative Lab’s Mistrals have already been hard at work.  They are used for the NHL’s Montreal Canadiens’ live streamed promotional programming, “Les Samedis FANatiques” (“FANatic Saturdays”), before each Saturday home game.  Featuring a specialist hockey guest and a DJ performance, the shows are staged in the Creative Lab studio and live streamed on Twitch as well as displayed on the jumbo screen at Bell Centre, home of the Canadiens.  The 30-minute programs entertain fans and ramp up excitement before the team hits the ice.

Creative Lab plays a 360º role on “Les Samedis FANatiques,” acting as executive producer of the show for client Groupe CH.  The Mistrals are used in front of the artists at centre stage to envelop the performers in light and to create effects with columns of light that change to match the musical ambiance.

“The Mistrals were chosen for their versatility and for the visual quality they bring to the video capture,” says Aubin.  “Their different gobos and the vividness of their colours also made the Mistrals the fixtures of choice for this application.”

The Mistrals played a key role in a corporate project with high production values.  GM Paillé, an auto dealership in Berthierville, Québec, staged a student competition in which participants were invited to present an innovative marketing pitch to the company’s top executives.  Creative Lab served as technical supplier for the show working with production company Axe Media Evénements and Lighting Designer Julien Laflamme, who used the Mistrals to create textural effects on set. 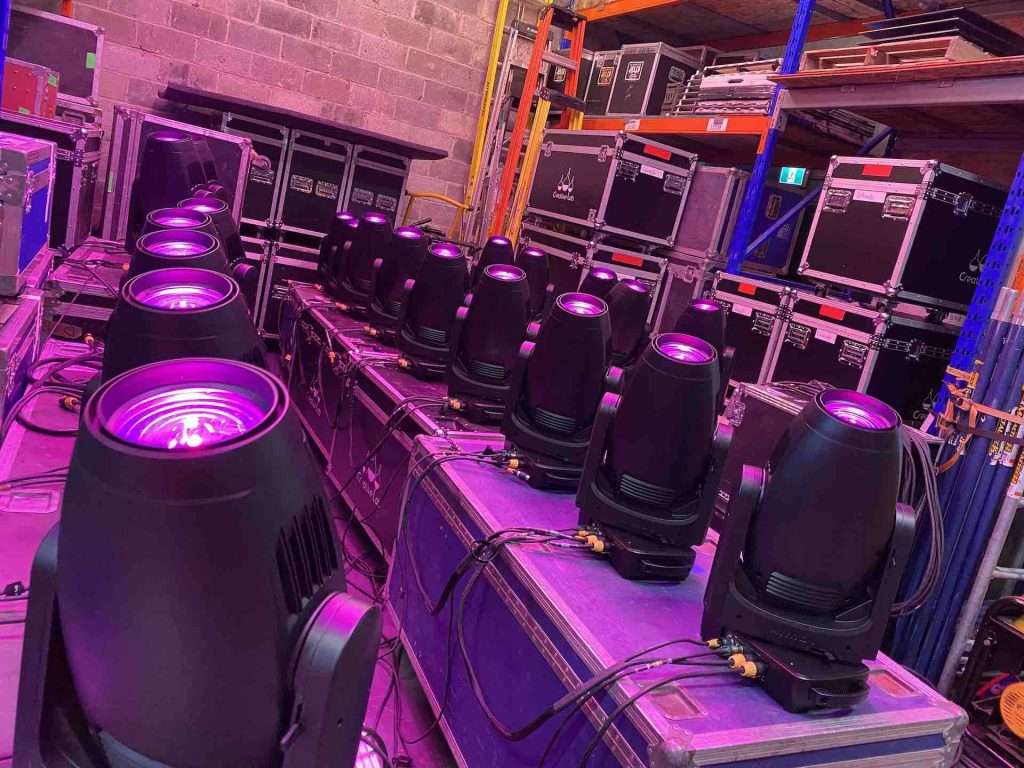 The Mistrals lived up to their expectations on both projects.  “These were the first uses of the fixtures, and everything went perfectly!” Aubin reports.  “The results that we achieved on set and on camera speak for themselves.”

ACT Entertainment is the exclusive distributor of Ayrton lighting in North America, and Aubin notes that, “ACT Entertainment supported our purchase in a very important way: we received the fixtures in under four days, and less than 24 hours later everything was installed and ready for use.”

More information on Ayrton Mistral and the extensive portfolio of innovative Ayrton LED fixtures can be found at www.ayrton.eu