Independent feature enters the Netflix most popular films list at seventh with 220.6 million hours watched in the first 28 days viewed, and number one in the UK in seven days

Netflix’s independent feature Purple Hearts, directed by Elizabeth Allen Rosenbaum and lensed by Matt Sakatani Roe, certainly proves that an indy-budget film with a captivating story and compelling photography can compete with films budgeted in the hundreds of millions of dollars. Roe selected the Cooke Optics S7/i FF Prime Lenses for what is commonly referred to as the Cooke Look. That decision helped Purple Hearts to become number seven in Netflix’s Most Popular Films List just 28 days after its release on July 29 with 220.6 million hours watched, as well as becoming the number one film on Netflix in the UK within one week of its premiere. 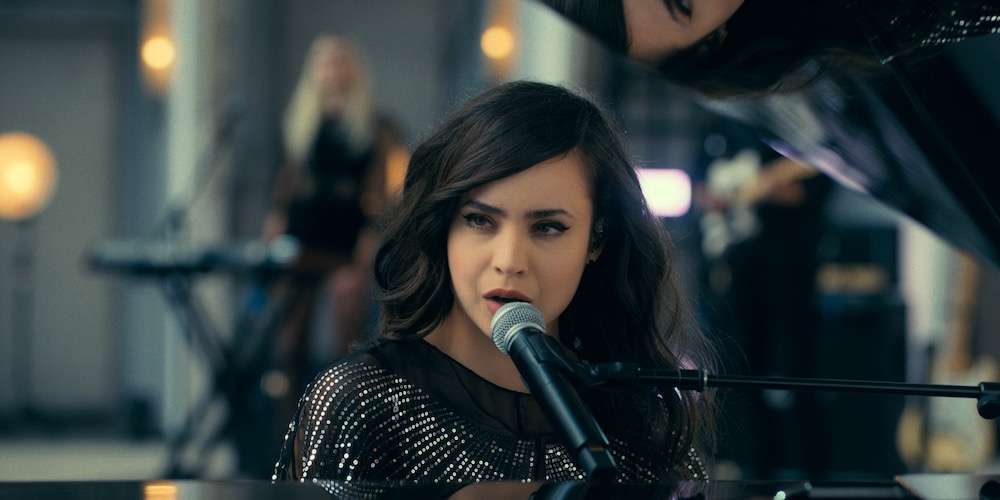 “Cooke lenses have been my lens of choice since I started doing narrative projects,” said Roe. “They were with me on my first TV show, my first major studio film production, and on most narratives I’ve shot. It’s because of the way Cooke lenses render tones and have this three-dimensional plane. With a close focus range, faces just project depth, the out of focus falls off. It’s almost like a smooth circular pattern that glides your eye to the character and then to the rest of the frame without being distracted by overly sharp areas while maintaining detail. It’s simply a very pleasing image. And whether it’s full frame, S35 or anamorphic, the Cooke 65mm is my favourite focal length.”

Purple Hearts tells the story of Cassie (Sofia Carson) and Luke (Nicholas Galitzine) who couldn’t be more different. In spite of those many differences, Cassie, a struggling singer-songwriter, and Luke, a troubled Marine, agree to marry solely for military benefits. But when tragedy strikes, the line between real and pretend begins to blur.

Rosenbaum and Roe had previously worked together on a number of back-to-back projects, their most recent before Purple Hearts was the Disney+ feature Sneakerella, which Rosenbaum directed and Roe lensed. 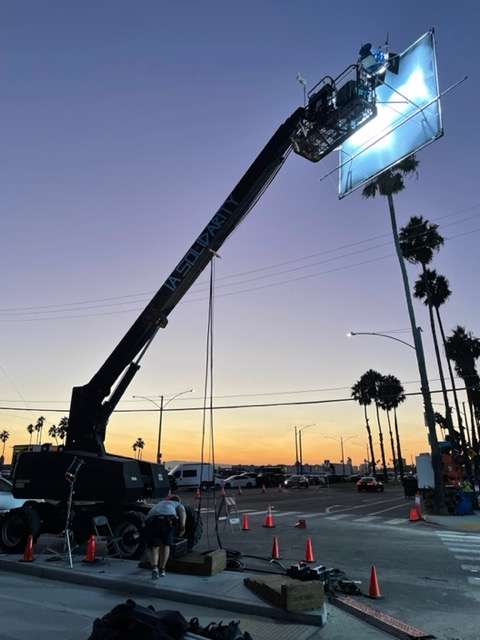 “During post on Sneakerella, Liz [Rosenbaum] sent me the script for Purple Hearts,” explained Roe. “It was about two broken and flawed characters trying to find a path to moderation by putting up with each other. Putting that type of story on screen just happened to be a story that I’ve always wanted to do. Liz and I work really hard on trying to bring the text to screen in an honest and human way. We talked, watch other films, figured out what we wanted to achieve, and I got started on my look book.”

With lens testing completed at Keslow Camera in Los Angeles, Roe would have the camera and lens rental house supply him with a set of Cooke S7/i FF Prime Lenses consisting of the 18mm, 21mm, 25mm, 27mm, 32mm, 40mm, 50mm, 65mm, 75mm, 100mm and 135mm for two – and sometimes three – of the original Sony Venice cameras shooting full frame, 17:9 X-OCN ST (eXtended tonal range Original Camera Negative standard quality) with a 2:1 matte. “I really wanted to max out those cameras for the Cooke S7s,” said Roe. “I wanted everything the lens could give me.”

“The S7/ i 65mm was my go-to lens on the B camera that I was operating,” said Roe. “It was my hero lens for close ups and dialog scenes. I could get as close as nine inches, which is great for details and textures that brought the film to life. And for the A camera, we would mainly use the 32mm and 40mm.”

Roe designed a plan that let the characters’ flawed anxiety and mixed emotion be captured with his lighting. “When we meet Cassie and Luke in the first act, there’s very mixed lighting – blues and reds creating purple. I wanted the characters to be in this mixed artificial environment. Then move to more continuous full spectrum lighting so that by the end of the film they’re bathed in a more normal light, with sunlight always just peaking in, but not blending the light, to help in understanding the conflicting sides of the leads. For example, in an apartment – which is almost 40 pages of the script – the shades are closed and the characters conceal themselves emotionally from their personal light. Sunlight peaks in as their relationship evolves, with the help of full spectrum sun light.” 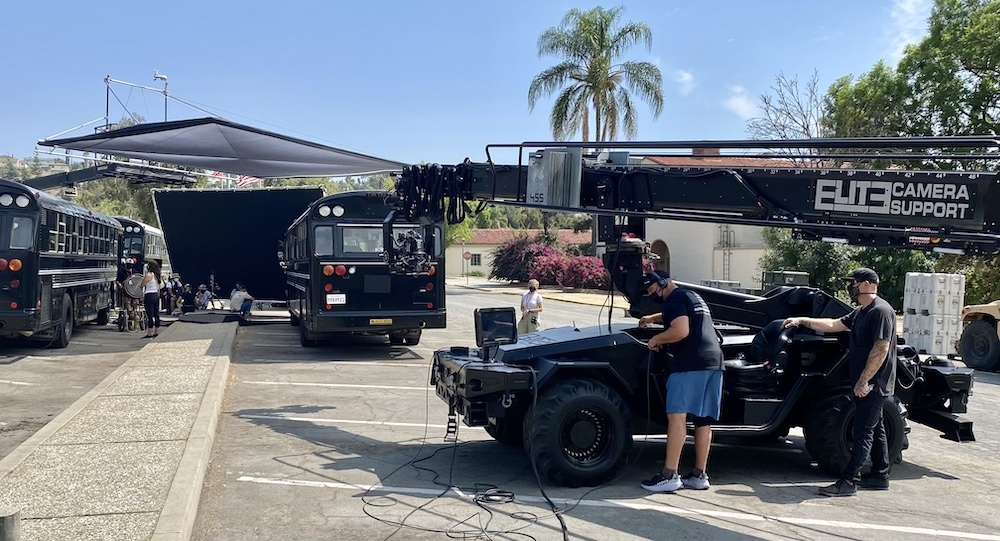 “Shooting Purple Hearts gave us almost every environment that you could think of from desert to water,” said Roe. “But our biggest challenge was having to light six real-life practical concerts that we had to design, produce and host. Three of those would be in a bar and one in collaboration with a live venue at the Oceanside Pier in California that had no lighting plan. So, my gaffer Black Farmer and I designed the light show with a truss moving head array for both Sofia Carson the artist and for Cassie the character. That’s quite the event for a film production to put on during an actual film shoot.”

For the rest of filming, Roe and his A camera operator, Dennis Noyes, would shoulder their cameras for the longer takes in order to capture the scene the way Rosenbaum wanted. “We didn’t want to let the production infrastructure prevent us from finding and getting the shots we wanted,” said Roe.

“I’m very proud of Purple Hearts,” said Roe. “This indy film is now listed next to $100 million to $300 million projects on the most popular films list because of the great people and all the hard work everyone put in on this project. And for me, I’m proud of the colour arc and the conflicting sources to full spectrum sunlight as the characters move through the story.”

What’s next for Roe? The Cooke Varotal/i FF Zoom Lenses. “I didn’t get the chance to work with the new Cooke zooms on Purple Hearts, but both the 85-215mm and 30-95mm will be on my A and B cameras for my next job. I’m really looking forward to that.”