Just the word ‘ballet’ brings wonderful classic images to mind. To capture those images juxtaposed with the modern world for Birds Of Paradise, director of photography Shaheen Seth relied on Cooke Optics S7/i Full Frame prime lenses for director Sarah Adina Smith, who not only adapted the A.K. Small novel for the screenplay, but also happens to be his wife.

Produced for Amazon Studios, Birds Of Paradise tells the story of two girls at an elite Parisian ballet academy that have their bond and bodies tested as they compete for a contract to join the company of the Opéra National de Paris.

Shot in Budapest, Hungary as a stand-in for Paris, Birds Of Paradise began production before the pandemic and then temporarily shut down. But while that would lead to scene re-writes and logistical issues, it also benefited Seth’s photography.

“I had two full sets — well almost two full sets — of Cooke S7/i Full Frame lenses when we started photography before the pandemic supplied by Vision Team Budapest, which also supplied our cameras,” said Seth. “I was missing the 16mm and 25mm lenses for both sets. But when we started up again, they were able to get those missing lenses… and the 16, it was just stunning for one of our most beautiful shots.”

Shot with an ARRI Alexa LF and an Alexa Mini LF, with some B-roll using a Red Scarlet W, plus some drone footage, Seth would have the two Alexa cameras rolling most of the time. “When we had our biggest setup, the prize dance with students competing to win a contract with Opéra National de Paris, we added an additional Mini LF to have three great angles with the same sensor. Plus, we shot everything at 4096×2160 and cropped for 2.39 at 4096×1714, giving a little extra room to adjust and reframe a little bit if needed.” 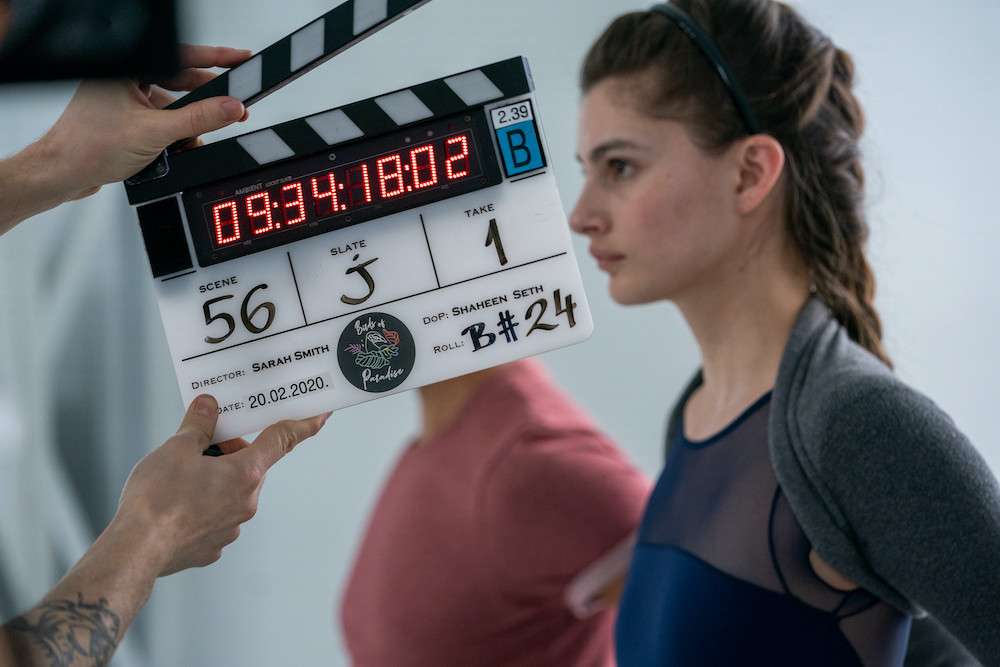 Diana Silvers in BIRDS OF PARADISE

Birds Of Paradise would be Seth’s first use of Cooke lenses. “Cookes just never came up before, but after Sarah adapted the script and I read it a few times, I really came to the project knowing I had to deal with the juxtaposition of the very traditional world of ballet, which hasn’t changed a lot — with its visually cold deep sense of tradition and as a classic art form, with the warmer contemporary and wild nightlife of Paris, where the students could blow off steam and do their own choreography outside of school. With this project, when we put the S7/i lenses on the test it was an immediate match. The lenses themselves are the perfect combination of traditional beautiful glass that I’ve been reading about for years, and the contemporary housings and technology of today, perfect for a film that is the same way.”

“This film had to perfectly show the lush and sensuality of the dance world, so skin was very important,” said Seth. “The way the Cookes capture skin and the warmth in them, it was a perfect match, there was no contest with everything else. The organic bokeh, when using small practicals like chandeliers, gave me beautiful moments.”

While Seth’s hero lenses were the 40mm and 70mm, the 16mm gave him one of the best shots in the film. “While I used all of the lenses, that 16mm was just stunning for the dolly shot of moving into the dance studio. Everyone nerded out on this shot. That 16 is one cool lens! Sarah also had to re-write a scene that was supposed to have 300 dancers to not have as many people and be Covid safe.”

During pre-production, Seth and Smith worked with senior colourist Joe Gawler from Harbor to create show LUTs based on their boards for colour, framing and feel. “Sarah is very specific when it comes to colour,” explains Seth. “The entire process is driven by her; I’m just a part and support. When the three of us were developing the LUTs, she showed that she really knows what she wants. For example, bringing the shadows up, not crushing the blacks, bringing the mid-tones slightly down. She wanted a matte look based on a lot of matte paintings we looked at, and Joe got it right away. He gave us three LUTs to test and we used two of them.  Our DIT, Ash Daniyan, worked with us during production on making little tweaks to the Colour Decision List (CDL). Everyone had a good sense of where we wanted to go colour wise from the beginning.”

Seth also made use of Cooke’s /i Technology lens metadata on set for monitoring and for work in post. “This was great information to have, especially when I was using three cameras or not operating a camera myself. When I was in the tent with the DIT, it was amazing to see all that info and quickly get everything the same and knew where I was with all three cameras, it’s brilliant technology.” The recorded /i Technology lens metadata was also used by Lola Visual Effects to help with facial replacement on actual prima ballerinas with the faces of the actresses. “The lens metadata and Lola 2.5D face replacement meant that I could shoot freely however we wanted with whatever depth of field and motion blur were called for.”

For Seth, one of the most fun things to work on is lighting, with lights from Sparks in Budapest. “It’s cool versus warm, classic versus modern, which we brought to the lighting. Overview of our approach was that we used classic tungsten units and tungsten practicals with the more modern LED units for daylight, moonlight and dance club light. We kept the cameras at 4700K most of the time, which really made our cool lights cooler and warm lights warmer. That helped to create the juxtaposition with the contemporary world of Paris’ nightlife, a soft and cool feeling with vibrant pops of neon from the dance club world.”

If you’re wondering what it’s like for the DP to be married to the director – “When we first started, we would each be pushing creatively against each other at the same level,” says Seth. “The negotiating is much smoother now years later. We both come to the same conclusions and have ideas from a good place — wanting to do ultimate justice to the story. Now, it’s more of a…healthy debate. She creates the world, and I can help her do that.” But on each project, there’s always one fight. “It’s like a rite of passage on every project. If it hasn’t happened yet, we wonder when it will because things have been going way too smoothly.”