Cinematographer Kim Ji-yong’s first foray into the idiosyncratic world of South Korean auteur Park Chan-wook, with Decision To Leave, is a visually enchanting puzzle of a love story, in which a detective investigating a man’s death in the mountains falls for the deceased’s mysterious wife during the course of his dogged sleuthing.

It has been nearly twenty years since Oldboy (2003, DP Chung-hoon Chung) put him on the map, but master-stylist Park Chan-wook is invariably finding new ways to dazzle global audiences with his labyrinthine stories of sexual fervour, grisly violence and agonising frailty of the human condition. 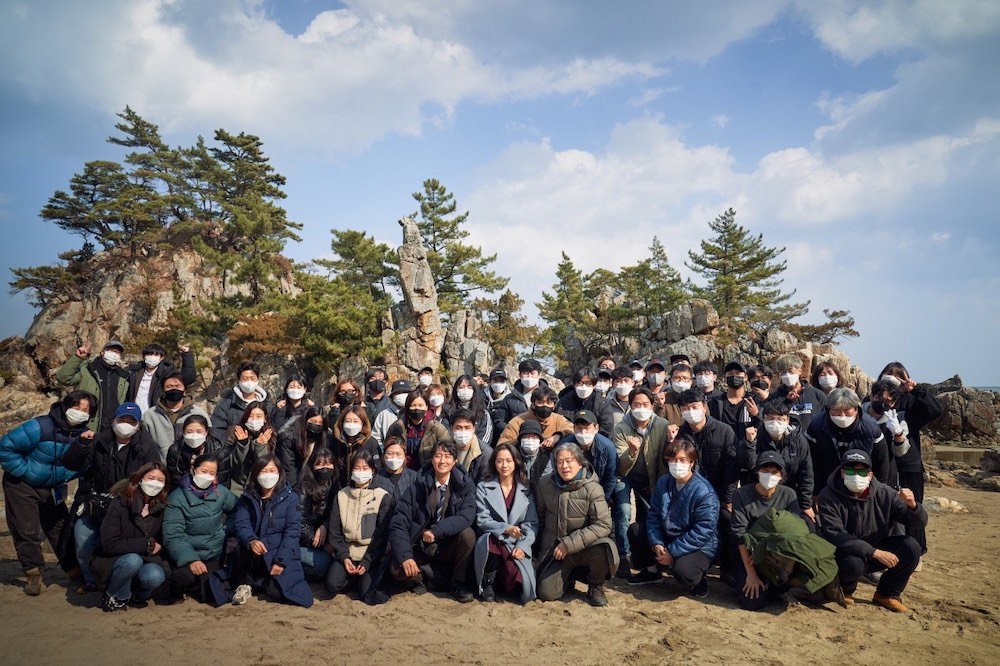 And his latest cinematic puzzle, Decision To Leave, may well be his most surprising. Both in how the filmmaker uses clichés of noirish thrillers and crime dramas to frame a peculiar love story of an insomniac detective and an immigrant caregiver suspected of murdering her husband, yet how gentle and sensual it is without losing the essence of his most celebrated films.

As Chan-wook’s go-to cinematographer Chung-hoon Chung was not available at the time the movie went into production, the director decided to approach Kim Ji-yong, a EnergaCAMERIMAGE Golden Frog winner for the criminally-underseen The Fortress/Namhansanseong (2017), who has an impressive track record of layering genre films with inventive visual ideas.

“Although there was a place for spontaneity on-set, most of this film was conceived in prep”

“We’ve known each other for a long time but never had a chance to actually work together. I agreed the moment he called me,” asserts Ji-yong. “This is a deceptively simple film in which gestures and movement have meanings that don’t necessarily correspond with what the characters say or do. It was a great challenge.”

There are no sexual encounters in Decision To Leave, violence occurs rarely, yet the tension is palpable, especially when the detective develops an obsession with the secretive widow and she, ever so subtly, reciprocates. Or does she?

“It needed a lot of planning as we had to show the development of the characters’ tricky relationship in subtle detail and at the same time reveal, non-verbally, what they are trying to hide themselves and also from the viewers,” he offers. “We prepped from August to November 2020, including two whole months of just storyboarding the film shot-by-shot and establishing ground rules for the visual language.

“We decided to shoot POVs handheld and restrict the camera in the film’s first part as much as possible. It’s not static, we do feel movement through shifting colours or shallow depth-of-field, but the audience understands the importance of the restrictions only after they go away,” explains Ji-yong. 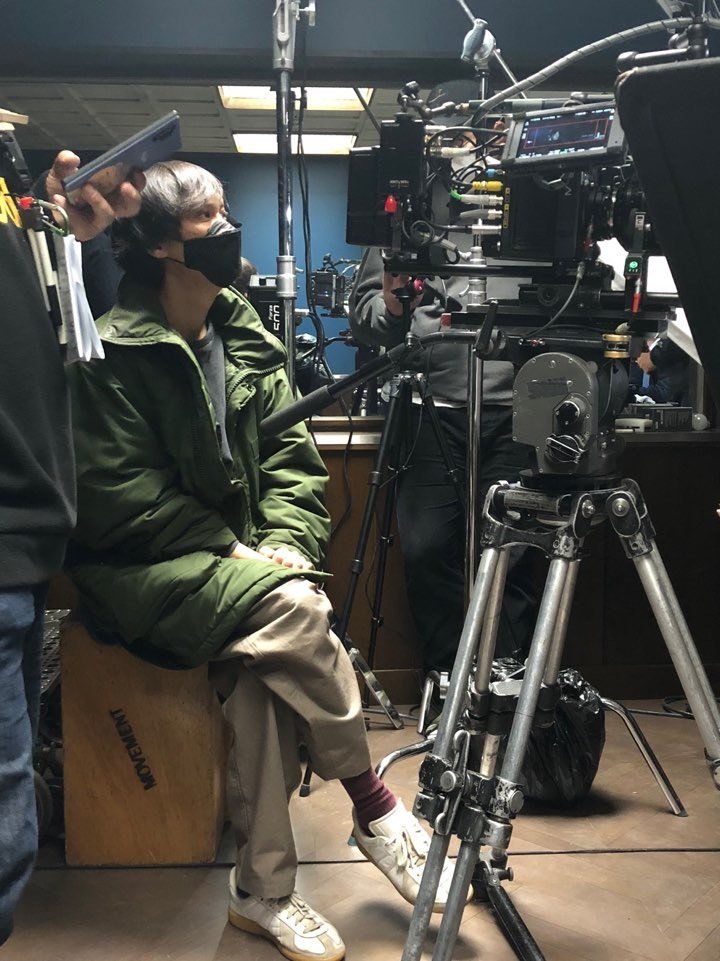 “I have worked with great directors, but none have had the passion and curiosity of Park Chan-wook. He is incredibly specific about camera positioning, movement and framing. We discussed each shot, but he never dictated anything. It was a partnership. Although there was a place for creativity and spontaneity on-set, most of Decision To Leave was conceived in prep.”

Whilst the cinematographer is used to working with ARRI cameras and knew all along that he would pick the Alexa Mini, he still shot extensive tests of lenses to better-prepare for the film’s intricate non-verbal layer. 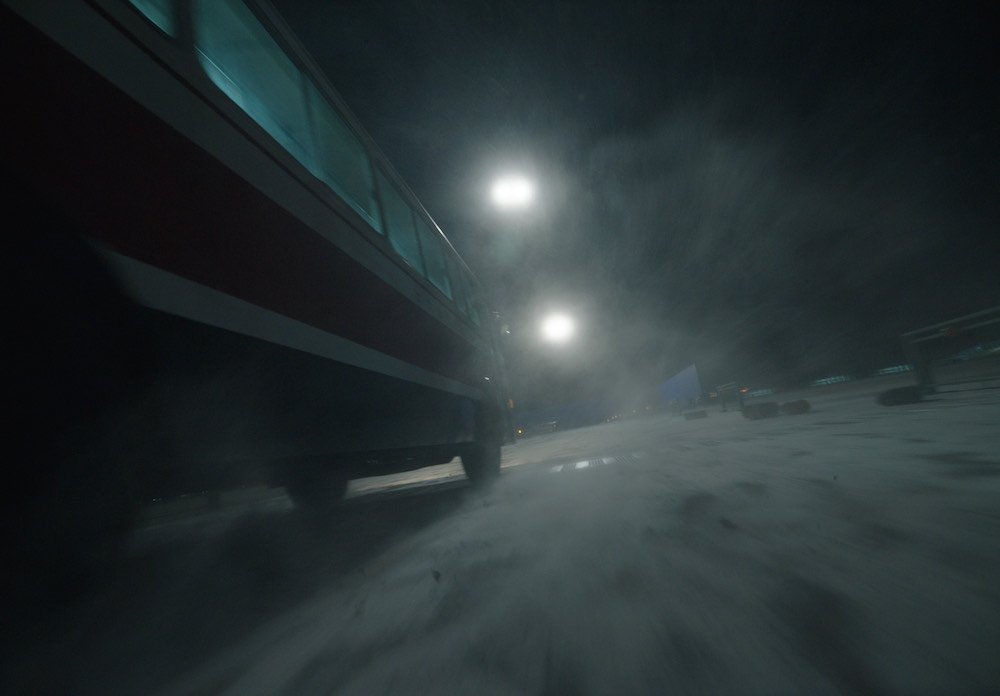 “The director wanted to shoot Anamorphic because he excels in that format. We decided on Cooke Anamorphics because they’re crisp, soft and yet a bit sharper and more contrasty than other Anamorphic lenses,” he remarks. “I like how they beautifully distort the edges of the frame when they’re wide open. I shot most scenes on at least T4.0, but in a number of close-ups I purposefully opened them wider to make the images a little softer and fuzzier.”

Decision To Leave wrapped its lengthy 76-day shooting period in March 2021. Most of the film was shot on location all around South Korea, with a little studio work at Busan Cinema Studios.

“Park Chan-wook normally works on-stage to have more control, but the story is very specific geographically and couldn’t be shot any other way. So we moved a lot. We often shot on the eastern side of the Korean Peninsula before moving to the western side the next day,” he recalls. “The most striking example was the film’s finale on a particular beach that suited the story. But we actually captured it at three different Korean beaches hundreds of kilometres apart to achieve the desired final look.”

This is just part of the story, though, as the most important of the three locations was in a national park and the scene had to be shot during high tide at sunset. 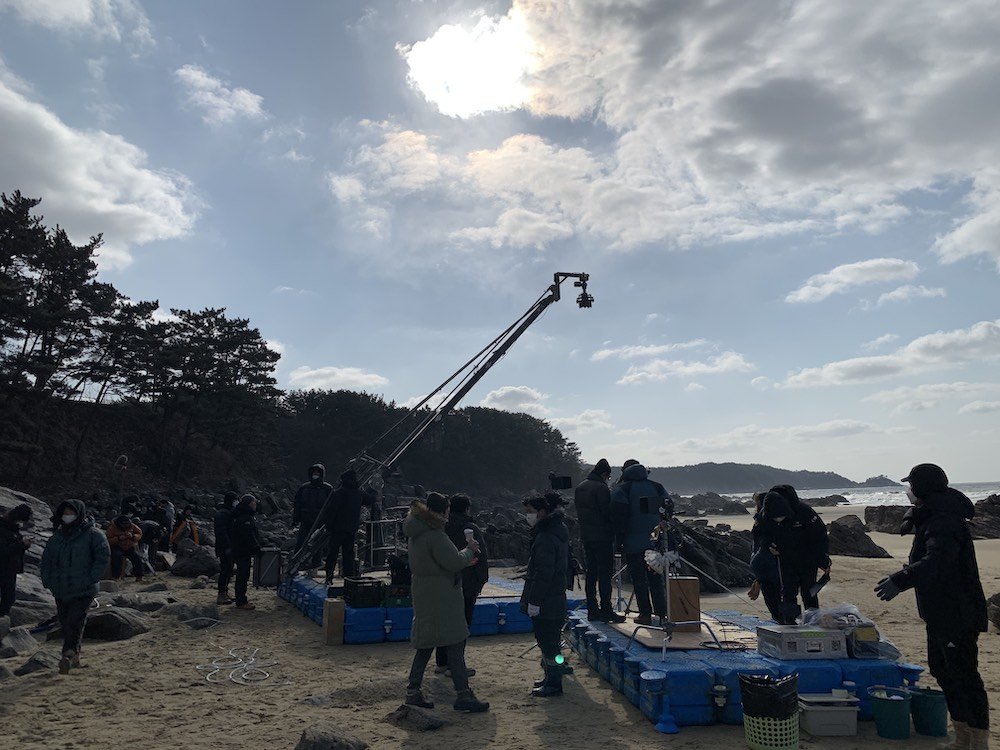 “The problem was, that the high tide only happens for two days every three months, so we had two ten-minute windows to get what we needed. We scheduled everything rigorously during prep and knew we wouldn’t be able to bring a lighting package with us. Still, we had a crane problem. We couldn’t bring it back after the tide changed, so we built a small platform for the crane to float on during the shot, and then we hastily pulled it back to the shore. The plan was perfect and we did everything on time, but still it was crazily stressful!”

Because of the project’s specificity Ji-yong wanted to be as realistic as possible with the lighting.

“I tried to keep the lighting simple and avoid glamorous lamps. For most day exteriors I didn’t use any artificial sources, and just controlled the ambience of natural light via negative fill or butterflies,” he says. “I used PAR HMIs only when I needed some punch.”

“I tried to keep the lighting simple and avoid glamorous lamps”

Day interiors were about simplicity, too. “We had many shots when the camera moves all the way from a close-up to a wide shot and then to a medium shot. During prep I worked with the production designer to find ways of hiding LEDs on the sets. I wasn’t a fan of LEDs before, but I fell in love with them during this production for their portability and flexibility.”

LED was also the best solution for most night exteriors, especially for a slightly surreal scene in which the protagonists go up a mountain in the middle of the night, armed only with a small lantern and a head torch. 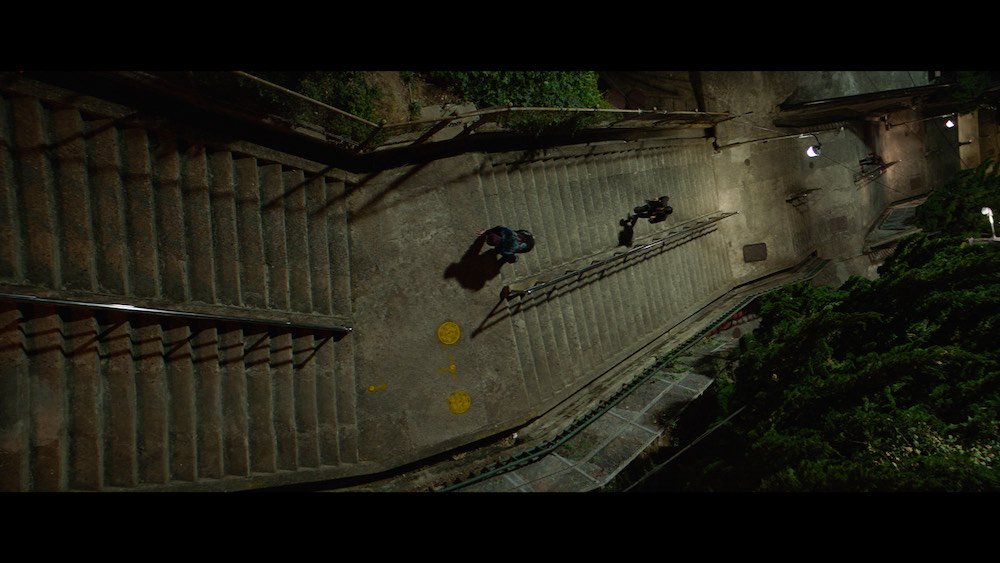 “They go through forest, but it’s not pitch black, there’s snow on the ground,” Ji-yong reminisces. “We needed to strike the right balance between telling the story and creating a specific mood. To get soft backlight, I hung two ARRI SkyPanel 360s on a Condor but dimmed both down to 20%. I also had a huge softbox with ARRI Max and Astera Titan Tubes on the ground. The rest was staying with the frame we chose during prep.”

Another rule they adhered to was to be creative with the genres they use to divert the viewers’ attention from the evolving romance.

“We had a rooftop chase sequence, but there’s a ton of them in Korean cinema. We picked the location carefully so that the characters start at the ground level and then run higher and higher. And we used BodyCam, not to show-off, we just wanted the audience to feel they’re part of the chase,” he adds. “I didn’t want cranes and Hollywood lights, so I mostly used the same LED package and modified street lamps to make the audience feel the actual city in the background. The whole sequence took us three days to shoot.”

Decision To Leave also differs in how Ji-yong and Chan-wook tell their story through modern technology.

“It is yet another way we strip the characters away from their secrets. They hide them in cell phones or computers, but it’s not enough. We wanted to have a voyeuristic feel, so we designed POV shots of inanimate objects. For example, the camera is inside a monitor and we see the characters through what they write. We also had a dead person’s POV that was an integral part of the plot,” he laughs. “Sure, the film loses a bit of realism but it becomes more exciting and funny. The viewers become complicit, entangled in the characters’ lies.”

The craftsmanship of Decision To Leave is precisely in what we see and don’t see in a shot, or in how framing colours, costumes and props gives the viewers tools to try to decode what the characters are really about. Each time we become distracted, the most crucial question strikes with double force: is this love or just a deception?

“It was a wonderful experience all the way through production and into post,” insists Ji-yong. “When I did the DI with my long-term colourist Jin Young Park, I was surprised the director sat with us in the suite for 60% of the grade. Not to control us, but to discuss the shots, the light, the colours. We both felt like partners in the process.

“I have never talked with a director so much about colour or contrast, and I was very impressed by how he uses the intensity of the costume colours as a storytelling device,” marvels Ji-yong.

“Sure, we discussed all of this thoroughly during prep, but this was a different kind of work. We were digging into the ideas we had back then and enhancing them in ways we couldn’t have anticipated without looking at the actual footage. It was an interesting conclusion to a project that had some hardships, but ultimately was a fun and creative challenge. I hope the audiences will feel a bit of this fun, this collaborative effort, when they watch the film.”