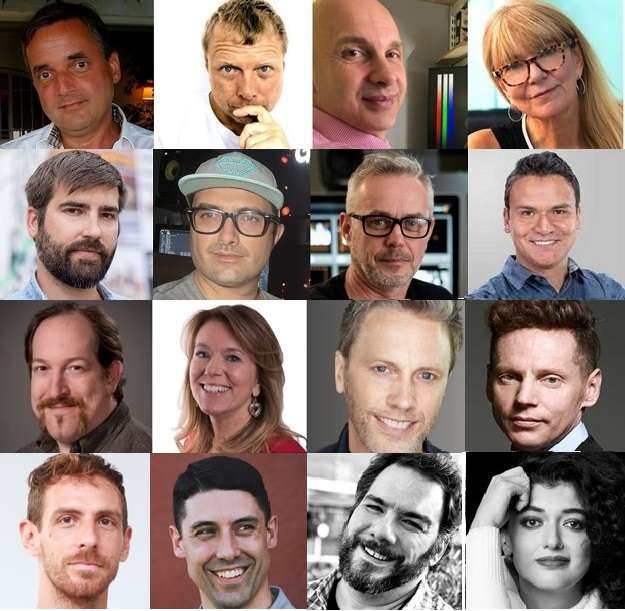 The event will also include The Big Interview, a conversation between industry titans Sheri Eisenberg and Doug Delaney, and climax with The Big Quiz and a Mixing Hour, a chance to socialise in breakout rooms. Tickets cost $10. Show sponsors include Dell, Dolby, EIZO, Film Convert, fxphd, LG, Lowepost, Maxon, and Ravengrade.

Colorist Society held its first Colourist Mixer in 2013 for professionals around the world connected to the colour grading industry. It provided a unique opportunity to meet, network and discuss work in a relaxed environment. Colourists were able to catch-up with old friends and make new acquaintances. It was also a chance for direct communication between manufacturers and users.

When the pandemic made it impossible for CSI to host its annual in-person Mixer in 2020, the organisation staged its first virtual event that December. It proved such a huge success that CSI followed it with four more Virtual Mixers in 2021.

“While COVID-19 means we still must meet virtually, this format offers great advantages,” said CSI president Kevin Shaw. “The lack of travel or hotel expenses or limitations on space means the Mixer is now available to everybody.”

Tickets are still available, although places are limited: https://www.eventbrite.com.au/e/virtually-vegas-colorist-mixer-22-by-csi-icolorist-ica-tickets-319538978687

Colorist Mixer is a Colorist Society International (CSI) event. CSI is primarily funding this event, with support from sponsors. CSI is a not-for-profit organisation set up for the benefit of the colourist community. Membership is open to professional colourists, editor/colourists, DITs, telecine operators, colour timers, finishers, restoration artists, and colour scientists. Find out more at ColoristSociety.com .