For Vinit Borrison, anything that streamlines workflow is a welcome addition in his day-to-day work as a cinematographer and filmmaker, particularly when it comes to providing fluent, reliable communication with everyone on (and off) set. Regardless of a project’s size and scope, comms is integral to both the process and the final product, which is exactly what prompted Borrison to utilize Clear-Com’s LQ Series of IP Interfaces and the Agent-IC Mobile App in his work on recent shoots. 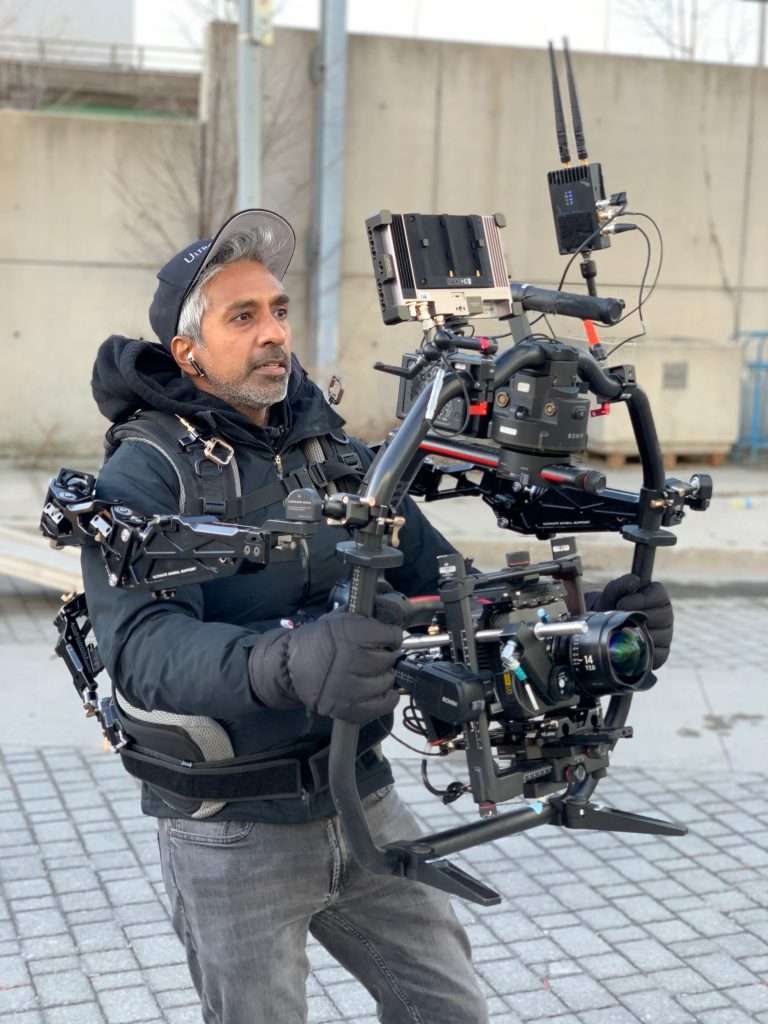 Borrison has garnered a reputation for innovation by deploying progressive technologies and creative techniques in his work. He was an early adopter of 8K Cameras, drone technology, virtual reality/augmented reality cameras, as well as proprietary systems he’s created and designed himself.

Unsurprisingly, he’s always on the lookout for technologies that will save time and limit the amount of hardware he and his crew deploy each day, and Clear-Com’s two-wire LQ-2W2 in concert with Agent-IC can do it all. 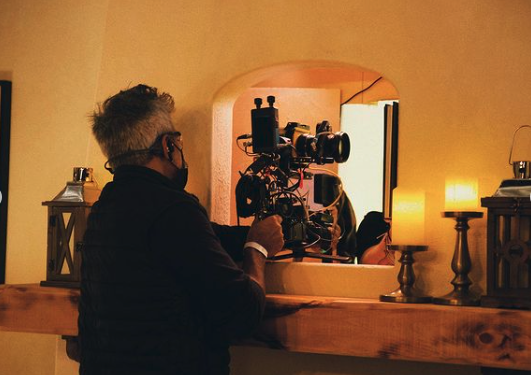 “We’ve been looking for a solution like this for a long time and I’ve now used it on various productions and we’re loving it,” Borrison says. “The system saves us time, saves us money, reduces overall infrastructure, allows for remote workflows, guarantees the safety of onset team members and much more.”

“In the old way of doing things, you’d have to set up antennas and a base station and once you went out of range you’d be disconnected from the group,” Borrison explains. “Because Agent-IC can connect 3G, 4G, LTE and WiFi and is Bluetooth compatible I can just use my AirPods. I’m always wearing them anyway to take calls, so being able to do that and stay connected to the production is amazing, and it eliminates the need for belt packs and switching between headsets to talk with different departments. It’s a total gamechanger for the way we work and communicate.”

Not only does Agent-IC reduce overall infrastructure but being able to use one’s own wearable device has also been advantageous with COVID safety protocols. “Right now, we’re wearing face shields and masks, so it’s even more difficult to wear multiple devices,” he says. “And the fact that people can avoid constantly handling other, shared devices is huge for safety.”

LQ Series devices provide Agent-IC users remote intercom access and control of the primary intercom system over wireless networks, meaning the Agent-IC user can be located anywhere in the world where there is a network connection to LQ.

“Executive producers and clients – they aren’t coming on site right now,” he continues. Consequently, conversations that would have been held spontaneously on set now require real-time communication among onsite personnel required to socially distance, as well as between onsite and remote personnel. 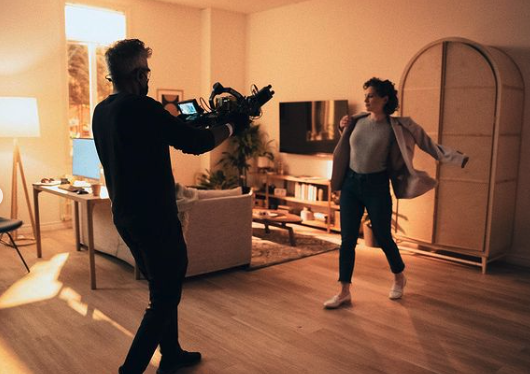 “Regardless of the individual’s location, I have the app set up so I can speak to each of the departments I need to, but each of them can be on their own channel so they can talk to their own team without disrupting other departments. And again, because it works over IP, the range is unlimited.”

COVID aside, there are still instances in which the sets, the crew, and their technological resources are widely spread apart. “I shoot a lot of car commercials where we’re often separated by quite a distance and sometimes lose communications. With a system like this, the director can be anywhere, instead of driving around with us, and I can be talking to the chase vehicle and the vehicle that we’re shooting wherever they are. It’s a fantastic solution.”

An LQ and Agent-IC system configuration helps overcome communication barriers and enhances how agile and responsive everyone can be when adapting to evolving needs on set. Whether that’s speeding up the process of switching out equipment on a shoot, pre-rigging far-flung locations, or making immediate changes to how a scene is shot. Beyond that, dedicated jacks on the LQ-2W2 for wired intercom make it possible to integrate with an existing partyline system or to other existing devices over IP, such as Clear-Com’s Eclipse HX Digital Matrix.

Given the potential and efficiency of full-duplex comms and the tangible benefits it provides in film work during COVID, Clear-Com systems are experiencing accelerated adoption in the film and episodic TV realm.  Recent applications have been utilized by Geoffrey Haley, Feature Film Camera Operator on global franchises including Marvel, Fast and the Furious, Star Trek, Jumanji, Joker, and the Hangover Trilogy, as well as by Technical Director, Brent Marchenski, on set for MasterChef Canada.