CINESITE DELIVERS VISUAL EFFECTS FOR NO TIME TO DIE

Cinesite has announced its delivery of several visual effects sequences for No Time To Die, the twenty-fifth instalment in the James Bond film series.

This is the 9th film in the James Bond film series to which Cinesite has contributed visual effects; the first being Goldeneye 24 years ago, in 1996. Cinesite’s visual effects for the new film were shared between its London and Montreal facilities, with London leading the way.

Cinesite’s main body of work involved the creation of a weaponised gas, glimpsed briefly in the domestic trailer for the film. At a Spectre venue in Cuba, Bond and CIA agent Paloma attend a party, not realising they are walking into a trap. Gas, strangely iridescent and beautiful, descends upon the socialising crowd. In a sequence of arresting shots, Bond is caught standing in the beam of a spotlight, in the middle of a circle of partygoers. 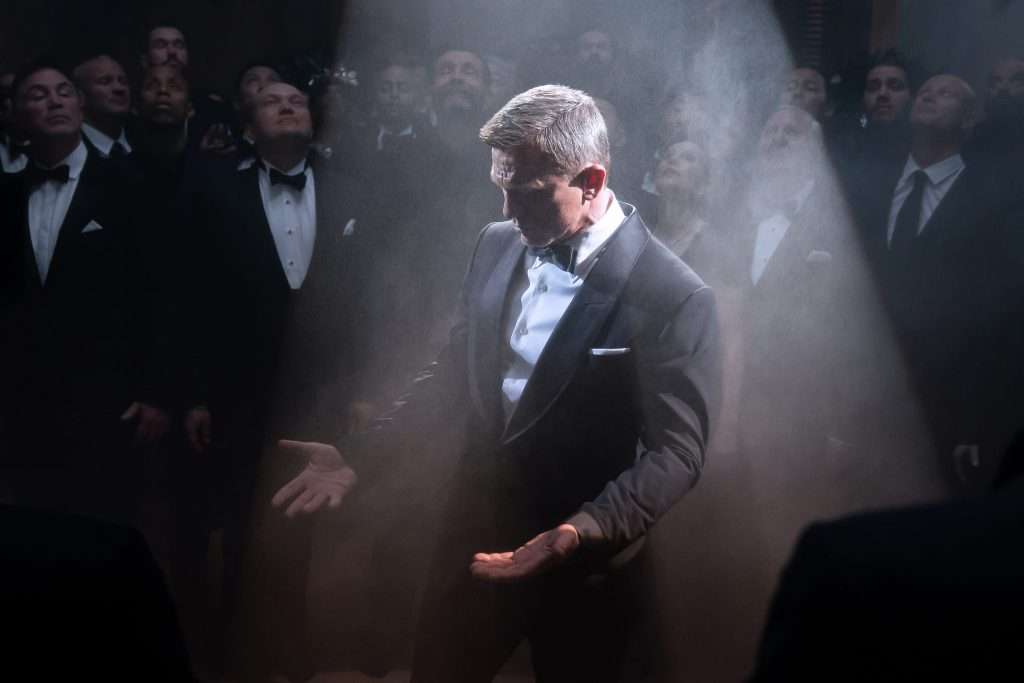 “Mist had been generated on set for a few of the shots, which we needed to match as closely as possible. Getting the iridescent quality right was very important, the way light is separated into a rainbow spectrum. Our technical approach was to devise a system where we added the look entirely at the compositing stage, without having to render simulations, which would have been render-heavy and complicated. The end result is seamless and incidental to the action. That’s always our aim for the visual effects in Bond films, to enhance but never to distract the audience from the action.”

Other invisible visual effects contributed by Cinesite’s team include various environments, an exciting underwater action sequence and a challenging ‘long shot’. The latter required the creation of an epic 2-minute long single shot of Bond chasing down bad guys in a gun battle up a staircase and through a building. Filmed in several separate passes, in addition to stitching the shots together with seamless transitions, the VFX team added muzzle flashes, blood hits, CG fire, smoke and CG environments for some areas of shots filmed against greenscreen.