Directed by Han Yan, co-starring Yi Yangqianxi and Liu Haocun, A Little Red Flower, the second installment of Han’s Life Trilogy and follow up to the 2015 comedy Go Away Mr. Tumor!, tells the touching story of two families battling cancer. After premiering on December 31, the film had grossed more than $123 million US dollars as of January 5 and is one of the world’s top grossing films.

Before production, Hua Cheng, colorist and owner of Homeboy, started working with the director and DP to set the look of the film.

“The story is set in the real world so the director wanted a natural look. Based on the DP’s creative work, we aimed for a filmic modern look by using a film emulation LUT and starting from there,” said Hua Cheng.

After testing various Kodak 2383/2393 Print Film LUTs, Homeboy decided on a LUT and then adjusted it to recover the colours that should have been there. After that, the custom LUT was put into use for production including on set monitoring.

Though still in its beta testing phase, Resolve 17’s new features played their roles in the making of A Little Red Flower.

“The new Magic Mask feature of Resolve 17 empowered by its neural engine helped us create selections for persons or a specified part in an efficient way. In the past, it required VFX artists to spend time making roto mattes, which means extra manpower, time and costs. Now Magic Mast eliminated them all for us,” said Hua.

He continued: “The new .drb and .drt formats in Resolve 17 designed to export and import individual bins and timelines were ideal to keep the data management orderly and accurate. It’s also worth noting that Resolve 17’s ability to support render caching in collaborative workflow ensured the grades the colourist made could be updated for every team member instantly using a render server, lowering the hardware requirements for workstations.” 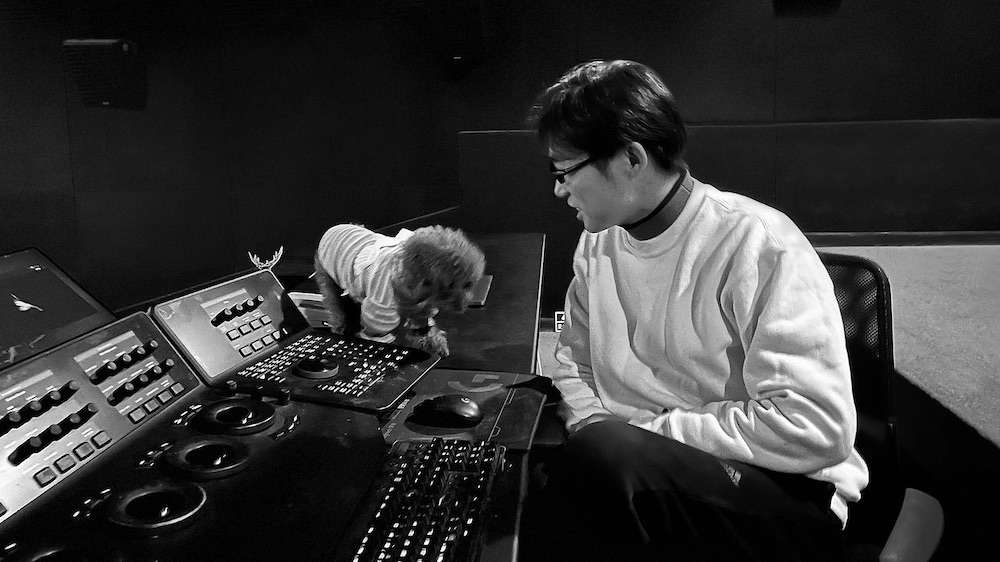 Hua also pointed out that the DaVinci Resolve Advanced Panel was key to keeping his grading work efficient and precise. The DeckLink SDI 4K card that provided him with 12 bit 4:4:4 quality image for monitoring made him very confident in every decision he made when manipulating the colors.