The film premiered on August 21st, 2020, and has grossed $461 million worldwide, making it one of the highest grossing films in Chinese film history – bucking the trend of Hollywood’s dominance of the global cinema charts.

The film is about the defence of Sihang Warehouse in 1937 Shanghai, led by Lieutenant Colonel Xie Jinyuan of the 524th Regiment of the under-equipped 88th Division of the National Revolutionary Army. He leads less than 500 officers and soldiers to defend the Sihang Warehouse against the Imperial Japanese army on a heroic suicidal last stand for four days and nights, during the Battle Of Shanghai and the Second Sino-Japanese War.

Along with grading The Eight Hundred, Zhang Gen has also provided colour grading services for many other popular Chinese films, including Legend Of The Demon Cat, Detective Chinatown 3, Hidden Man, The Bravest and My People, My Homeland. 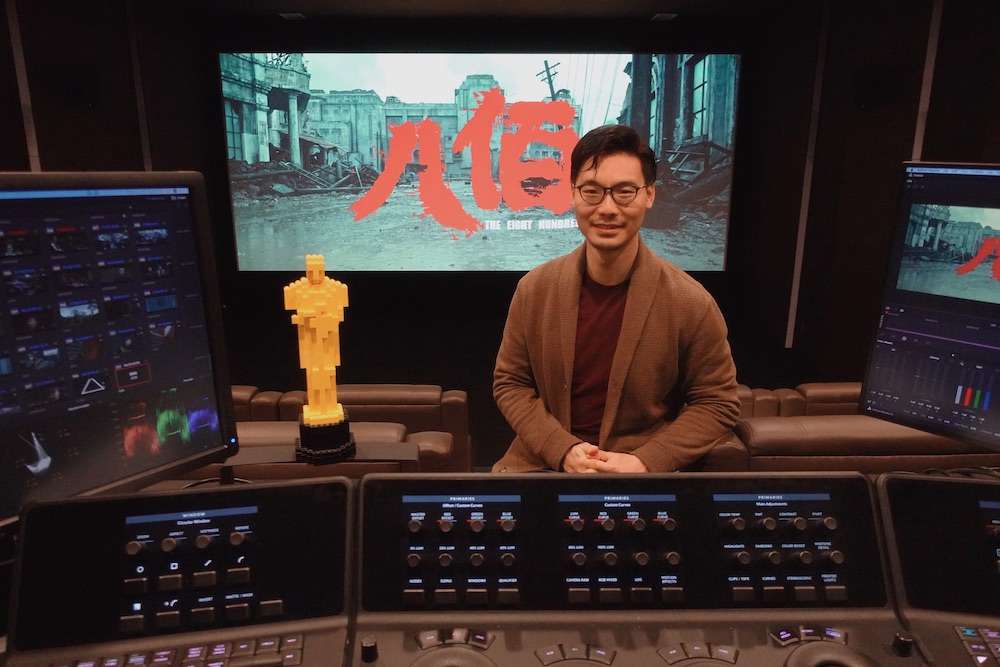 For The Eight Hundred, Zhang Gen and his team were asked to create a look that was inspired by Picasso’s Blue Period and Children Of Men (2006, DP Emmanuel Lubezki AMC ASC), yet was different from any other war film ever before.

Their work on The Eight Hundred was not only about post production – they started working as early as the test shoots began.

Zhang Gen said, “This project started in June, 2016. Before the production officially began, the director and crew did a test shoot and ended up with a two minute short film. We worked with DP Cao Yu and produced three different graded versions using Resolve to give major creative members an idea of what look the director was aiming for.

“After the test shoot, the film crew decided to try the IMAX camera instead for the project. The DP tested the camera and lenses thoroughly and we created another three LUTs with Resolve accordingly,” he continued.

“Speaking of IMAX, the huge amount of footage was a challenge. For The Eight Hundred particularly, we upgraded our host computer and storage subsystem to meet the hardware requirements. Also, we used Resolve on Linux, because it gave us much more processing power and reliability.

“The DP Cao Yu also made adjustments to the previously created LUTs in Resolve on-set according to the lighting conditions and then passed the project file along with media files to me, so I could keep track of the changes as the production went on.”

It took several years to complete the whole production and post production of the project, and Zhang Gen used a number of different versions of DaVinci Resolve Studio, going from v14 to v16.

“From v14 to v16, a lot of new features were added, and the node UI and management were also upgraded, making it easier for me to organise and manage the nodes. I like the ability to display different versions in full screen mode. The OpenFX plugin interface allows us to custom our own plugins.”

“Grading a feature film like The Eight Hundred was not something that could be done by only one colourist. Behind me was everyone of my team consisting of 13 members, who took care of from production, assistant work, data management and workflow management,” he said.

“We needed to deal with a variety of work from creating LUTs for production to colour grading in post production, often on different operating systems and we needed to make sure the project file from our team was compatible for other teams.

“DaVinci Resolve is very affordable, which allowed for extensive installations on Mac, Windows and Linux computers and its collaborative workflow even allowed many of us to work on a same project simultaneously, dramatically improving our efficiency!” concluded Zhang Gen.