Having encouraged the producers of Dreamworks’ The Girl On The Train that only 35mm would suffice for the contemporary murder-mystery, cinematographer Charlotte Bruus Christensen DFF ASC discovered that Denzel Washington was already set on shooting his 1950’s family drama, Fences (2017), for which Viola Davis won Oscar and BAFTA awards for best supporting actress, in 35mm widescreen Anamorphic. 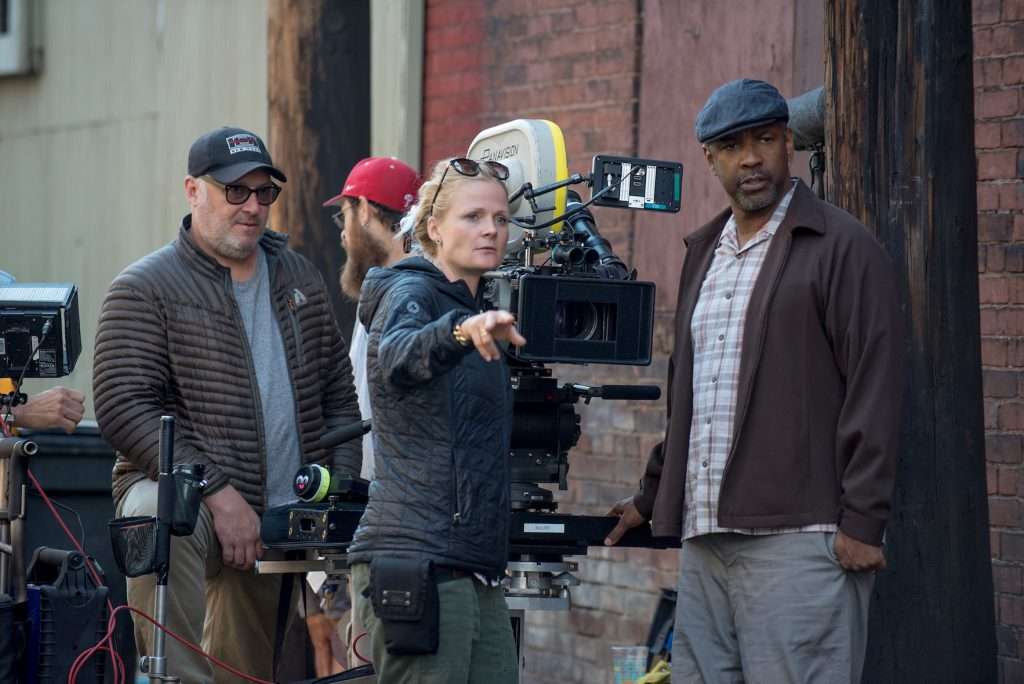 “I can always find perfectly good reasons, and am happy to argue the case, for shooting on film,” Bruus Christensen remarks. “It is highly-adaptable across many genres, stories and formats, and captures the authenticity of performances, settings and environments like nothing else. Film was perfect for the harsh and ugly present-day portrait of Emily Blunt’s inebriated character in The Girl On The Train, and perfectly well-suited for faithfully telling the period story of hard-pressed Troy Maxson in Fences. Denzel has a cinematic eye, and appreciates the value of film as a storytelling medium. So we were on the same page way before production began.

“However it’s not simply the look and the texture of film that I love. It is also the way you work with celluloid on-set, and the focus it gives to the entire cast, crew and production team during filming, that I really value too.”

“Denzel has a cinematic eye, and appreciates the value of film as a storytelling medium.”

Fences is based on American playwright August Wilson’s Tony and Pulitzer-winning drama of the same name. It was directed by, and stars, two-time Oscar winner Washington, along with Viola Davis, plus several other cast members of the acclaimed 2010 revival of the stageplay on Broadway. The movie is set in Pittsburgh during the 1950’s, a follows a former Negro Baseball League player, now working as a garbage man, who struggles to provide for his family and come to terms with the events of his life. The $30 production was produced for Paramount by Washington and Scott Rudin.

“For Denzel, the production was all about simplicity, truthfulness to African American culture, and the fact that a black sanitation man’s life is affected by exactly the same things – love, honour, betrayal, duty – as any other human being,” says Bruus Christensen. “I felt incredibly lucky to be offered this movie by Denzel, who proved to have boundless passion and energy throughout our collaboration.”

Bruus Christensen says her cinematographic contribution was chiefly concentrated on supporting the dialogue with an honest cinematic result. “Fences has a lot of words, 24,900 words to be precise, and Denzel wanted the images to stay true to those words.”

But filming on-location, in a small Pittsburgh row house with no room bigger than 10ft wide, and an equally small back yard, proved quite a challenge.

“We had to go simple and, as every cinematographer knows, it’s a tough call to keep things simple.”

“There’s no way you can lift the ceiling or move a wall to place the camera and the lights how you would ideally want them. What’s more, Denzel wanted to go widescreen Anamorphic, as the nature of the focus and distortion pulls the attention to faces, making it a great actor’s format. He was also determined that the cinematic purity of celluloid be used bring texture to faces and convey feeling. So, we had to go simple and, as every cinematographer knows, it’s a tough call to keep things simple.”

Assisted by her first AC Glenn Kaplan, who worked closely with Panavision, Bruus Christensen selected a Panavision XL camera in combination with C-series prime Anamorphic glass. She then harnessed the same quartet of Kodak Vision 3 film stocks she had used previously on The Girl On The Train.

“With Anamorphic lenses you need a lot of light to get the desirable exposure of T5.6 and achieve a soft, beautiful result. I knew that nearly half of Fences would be shot in tiny interiors with low ceilings, at the right time of day or night, and we were filming actors with dark skin. Furthermore, because we needed to see the world outside in the final image, I could only throw a certain amount of light in through the windows. So I needed something that would help the lenses and interiors with light.” 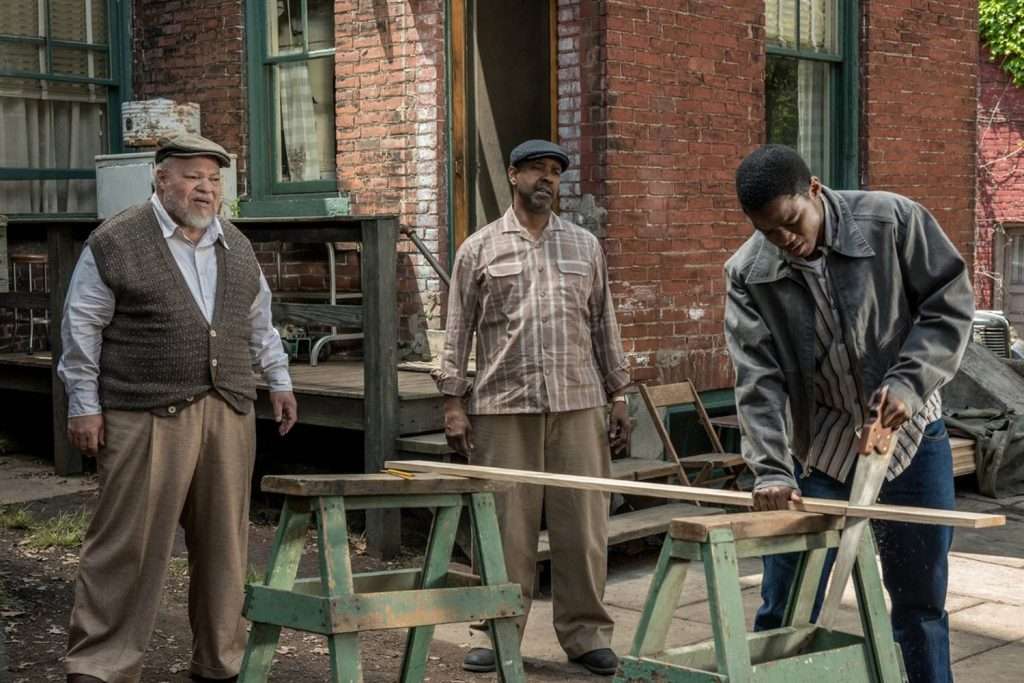 Bruus Christensen, who operated A-camera, found a winning combination of HMIs, firing light from outside at narrow angles, with judiciously placed ARRI SkyPanels in the interiors, capturing the interior action on Kodak 5219 500T.

“The light loves dark skin, and dark skin looks great on film.” she says. “The roll-off is simply beautiful, and the 500T handled the variety of the actor’s skin tones very well indeed. There can sometimes be bright highlight kicks when you illuminate dark skin, which digital does not render well at all, but film naturally softens this effect. I switched to Kodak 5213 200T on days when we had enough natural light coming in, knowing it would complement the look of the 500T.”

As the interiors were so small, with the lighting and camera sometimes just a couple of feet from the actors, Bruus Christensen says she necessarily kept the camera work to a minimum, letting the actors play out scenes and covering the action with gentle slides, zooms, track-dolly and handheld moves.

“Denzel did not want to break shots, so we would often have very long takes – one was 11 minutes. Somehow, we managed to fit in a B-second camera, operated by Dave Thomson, to pick up reactions.”

“Shooting on film has imbued this production with real atmosphere, honesty and truthfulness.”

For the exterior day scenes, Bruus Christensen principally used Kodak 5203 50D, switching to Kodak 5207 250D, whenever the sky was overcast. “The 50D and 250D both handle direct sunlight really well, and are very colourful. As with the Tungsten stocks, they both roll-off nicely, keep detail in the highlights, even when you are over-exposed, and they match well too.”

It is fitting that Bruus Christensen found herself being presented with the 2016 Hamilton Behind The Camera Award for cinematography by Washington, during the ceremony in November 2016.

“It was a thrill to be given this award by my director,” she says. “Denzel was great at sharing his vision for Fences. Shooting on film has imbued this production with real atmosphere, honesty and truthfulness, and proved once again how perfect it is for poignant, emotional character-based stories.”