What was your brief? / creative approach

We were required to shoot VFX and live action plates in the Canary Islands, Germany and in the UK. Filming took place in 2018, 2019 and 2020. 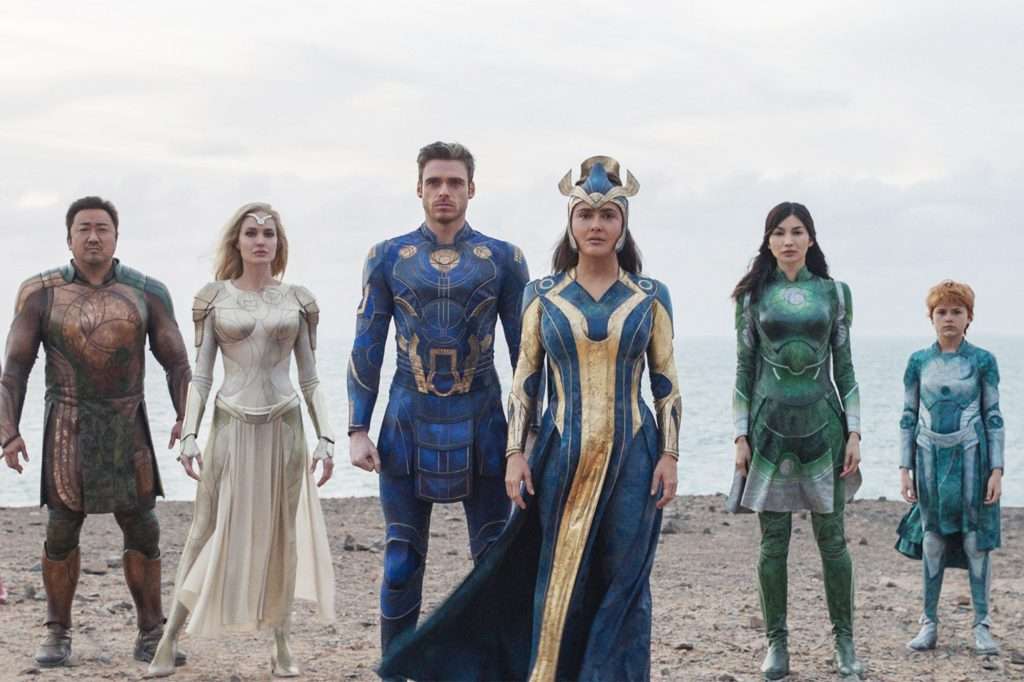 Which locations did you film in?

Locations included Lanzarote and Fuerteventura. We filmed around extinct lava fields, and volcanos.

On the helicopter, we used our Shotover F1 gimbal with the Alexa LF Mini camera and Fujinon Premista 28-100mm lens to capture plates for use in sequences involving the ‘Celestial Mothership’.

For our drone filming, we used our Aerigon drone, Alexa LF Mini – or – Alexa Mini using the Zeiss CP.3 lenses on beach locations, ‘Australian Outback’ locations, and on a palm tree-strewn valley location.

We were supported on the logistics front by Sur Films. 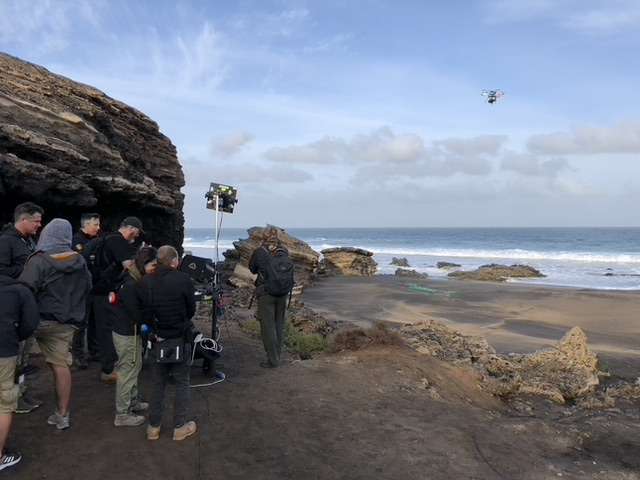 On the helicopter, we used our Shotover F1 and Shotover K1 gimbals with the Alexa LF Mini camera and Fujinon Premista 28-100mm lens to capture plates for VFX sequences.

We used our drone to film in German locations, which included capturing plates at a frozen lake at the stunning Staatsbesuch Nature Reserve, whereby our sequences would be used as backgrounds for ice crashing visual effects. Here, we used the Shotover K1 gimbal with the Alexa LF Mini camera and Fujinon Premista 28-100mm lens. 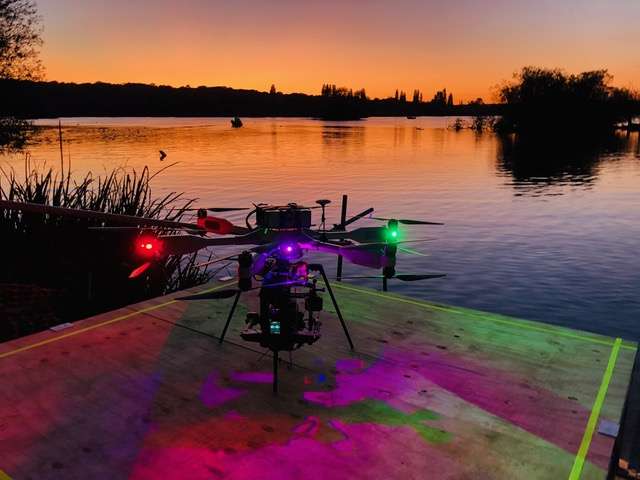 What were the specific challenges you faced? How did you overcome them?

There are very few helicopters in the Canary Islands, so this necessitated bringing one to the islands from Mainland Spain. Permissions were of course negotiated, given that we needed to film some sequences at a nature reserve. We also had to continually commute between Lanzarote and Fuerteventura. Plus, there were weather challenges as expected, including Atlantic storms which affected the sets.

Founded in 1993, HFS are specialists in Aerial Filming & Aviation Services. The company has grown to include Helicopters, Jets, Drones and specialist high-speed camera tracking vehicles for work in Feature Film, Broadcast TV, Commercials and Branded Content production. HFS Aviation, the latest addition to the group, offers Aviation Management, Helicopter & Jet Charter and Leasing Services to the private and public sector. 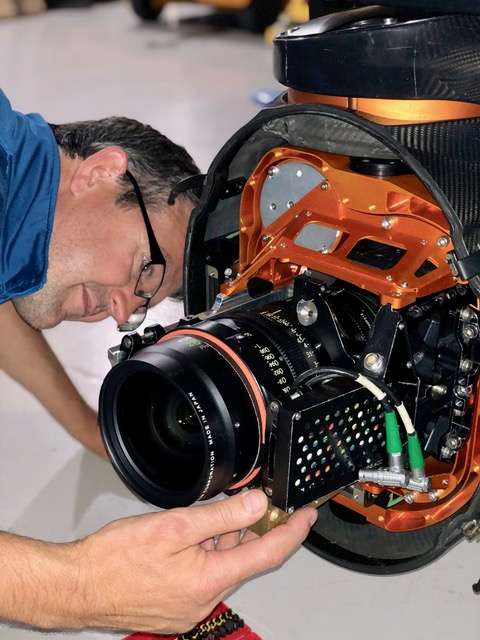