The series will provide a powerful platform to celebrate the talent and achievements of everyday people, who have emerged as icons of their generation

Canon’s (Canon-CNA.com) new interview video series puts the spotlight on pioneering voices of Africa, who are challenging stereotypes and ushering in a new era of change; The series features visionaries from Kenya, Nigeria and Egypt and offers a glimpse into the challenges and successes faced by them in their inspiring journeys; Shot on the EOS R5, EOS R6 and EOS C70 cameras, the series will provide a powerful platform to celebrate the talent and achievements of everyday people, who have emerged as icons of their generation. Canon Central & North Africa (CCNA), a provider of imaging technologies and services is proud to announce the launch of its ‘Visionaries’ interview video series across Africa. The series will serve as a powerful platform to promote and celebrate the achievements and impact of everyday people across Africa, who have pushed boundaries and emerged as distinct voices of their generation. There is a tremendous wealth of talent and countless examples of pioneering excellence across Africa and through the ‘Visionaries’ video series, Canon will put the spotlight on those African voices, who are ushering in a new era of change. All the interviews have been shot in documentary style on the game changing EOS R5, EOS R6 and EOS C70 and are supplemented by a special Director’s testimonial that grants aspiring filmmakers and content creators, access to how the interviews were filmed.The African Visionaries Are:Kenyan entrepreneur and environmentalist Nzambi Matee, has made Kenya proud by being recognized as a leader in the global quest of sustainability by taking a powerful stand to combat the challenge of plastic waste. She is a pioneer in recycling plastic waste into low-cost durable plastic bricks, that are stronger than concrete and can be used to construct affordable houses. She also has the distinct honor of being awarded the ‘Young Champion of the Earth 2020 Africa’ (https://bit.ly/3Motnb9) by the United Nations Environment Programme (UNEP) for her innovative solution. 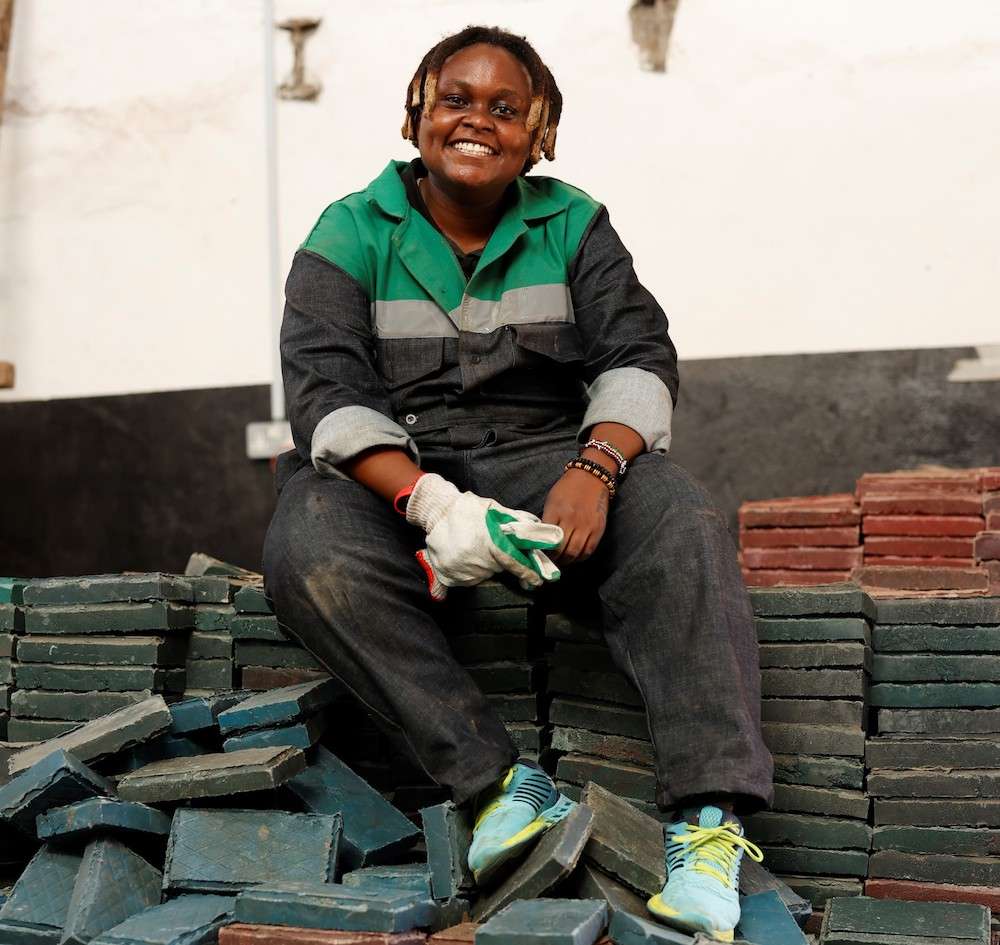 Nigerian stand-up comedian and entertainer, Ali Baba Akpobome is a household name who has been credited with changing the face of Nigerian comedy. As the most awarded comedian in Nigeria, Ali Baba is associated with bringing Nigerian comedy into the limelight and elevating what it means to be an entertainer. Overcoming many obstacles in his way, Ali Baba shows us how perseverance, dedication and hard work contributed to his rise to the top.Egyptian couturier Hany El-Behairy, is Egypt’s most famous and sought-after fashion designer, who is renowned for his haute couture creations and use of luxurious fabrics and embellishments. Hany has made history by custom designing the world’s most expensive wedding dress, estimated at US $15 million and is a favourite amongst celebrities and stars, including celebrated actress, Yousra El Lozy.  Along his journey to success, Hani broke many social and cultural stereotypes to emerge as an inspiration for others. 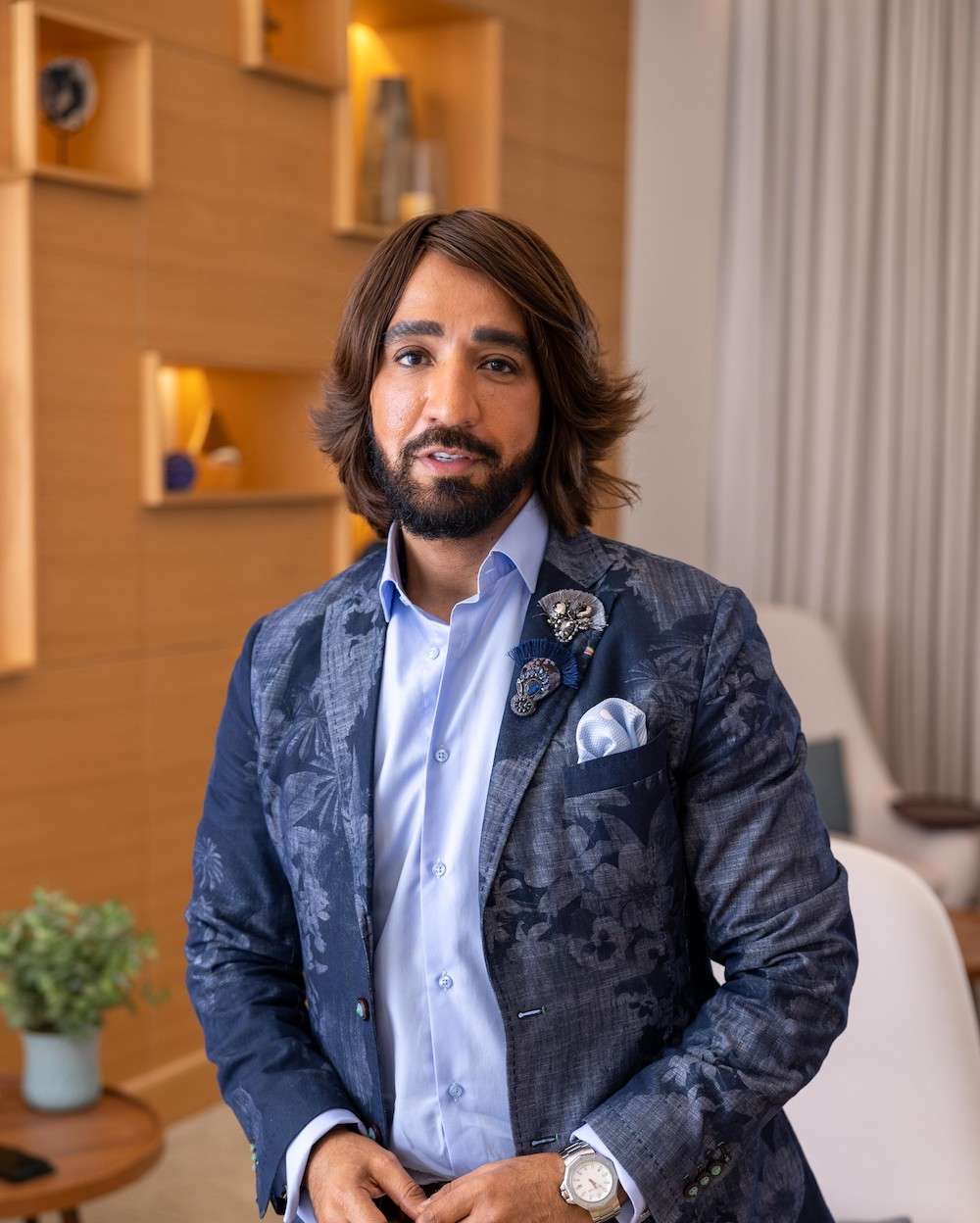 ‘Canon is synonymous with being visionary, bold and innovative and we are committed to continuing this legacy, by showcasing inspirational individuals who are driven by the same values, in their quest to challenge stereotypes and re-imagine what is possible. Africa is a continent that is dominated by change-makers and we want to offer them a platform where they can share their own stories, in their own words, to inspire a next generation of leaders. Nothing is impossible when you have determination, will power and the ambition to succeed and we are proud to be able to share the unique and inspiring stories of Nzambi, Alibaba and Hany,’ said Mai Youssef, corporate communications and marketing services director – Canon Middle East, Turkey and Central and North Africa.The campaign was filmed using three of Canon’s revolutionary cameras: The EOS C70 camera, which is Canon’s first RF Mount Cinema EOS camera and also boasts the smallest and lightest body in the EOS system. The EOS R5, which is the first pro-level full-frame mirrorless camera able to record in 8K RAW and deliver 45-megapixel stills, and the EOS R6 camera, which is an incredibly versatile camera, able to film in 4K resolution and shoot 20.1 megapixels stills.All interviews are accompanied by a special Behind the Scenes (BTS) segment with three Director’s testimonials, where they share professional advice on how each of the videos were created:John Wambugu was able to achieve his artistic goal of bringing Nzambi Matee’s inspiring story to life with the help of a diverse range of dynamic, close-up and wide-angle shots using the exceptional RF 50mm F1.2 L USM and RF 28-70mm F2 L USM lenses.Daniel Ehimen takes us inside the world of Alibaba and show-business with his Canon EOS C70 and shares the tips and tricks of how to maximize the different capabilities, modes and functions of the exceptional cinema camera, as well as the RF lenses.Gregor Amon takes us behind the glitz, glamour and fast-paced action that went into Hani El-Behairy’s fashion show. Supported by his RF and EF lenses, Gregor shares his professional advice and insider knowledge for filmmaking on the go, in a fast-paced environment.The series can be viewed here! (https://bit.ly/3MmYh3Q)For further information on Canon North Africa, please visit here! (https://bit.ly/3LhAnoZ)