After our breakfast meeting, the crew spread out across the festival, which is really starting to buzz now.

Meredith screened cinematographer Jamie Ramsay’s exquisite work on Mothering Sunday from the comfort of her hotel room, while catching-up on emails and calls to Hollywood. The film is a dreamy psychological drama – starring Odessa Young, Josh O’Connor, Olivia Colman and Colin Firth – and Jamie’s cinematography lends a dreamy tension to the story of a young writer trying to find her voice amid the loss of one lover after another. 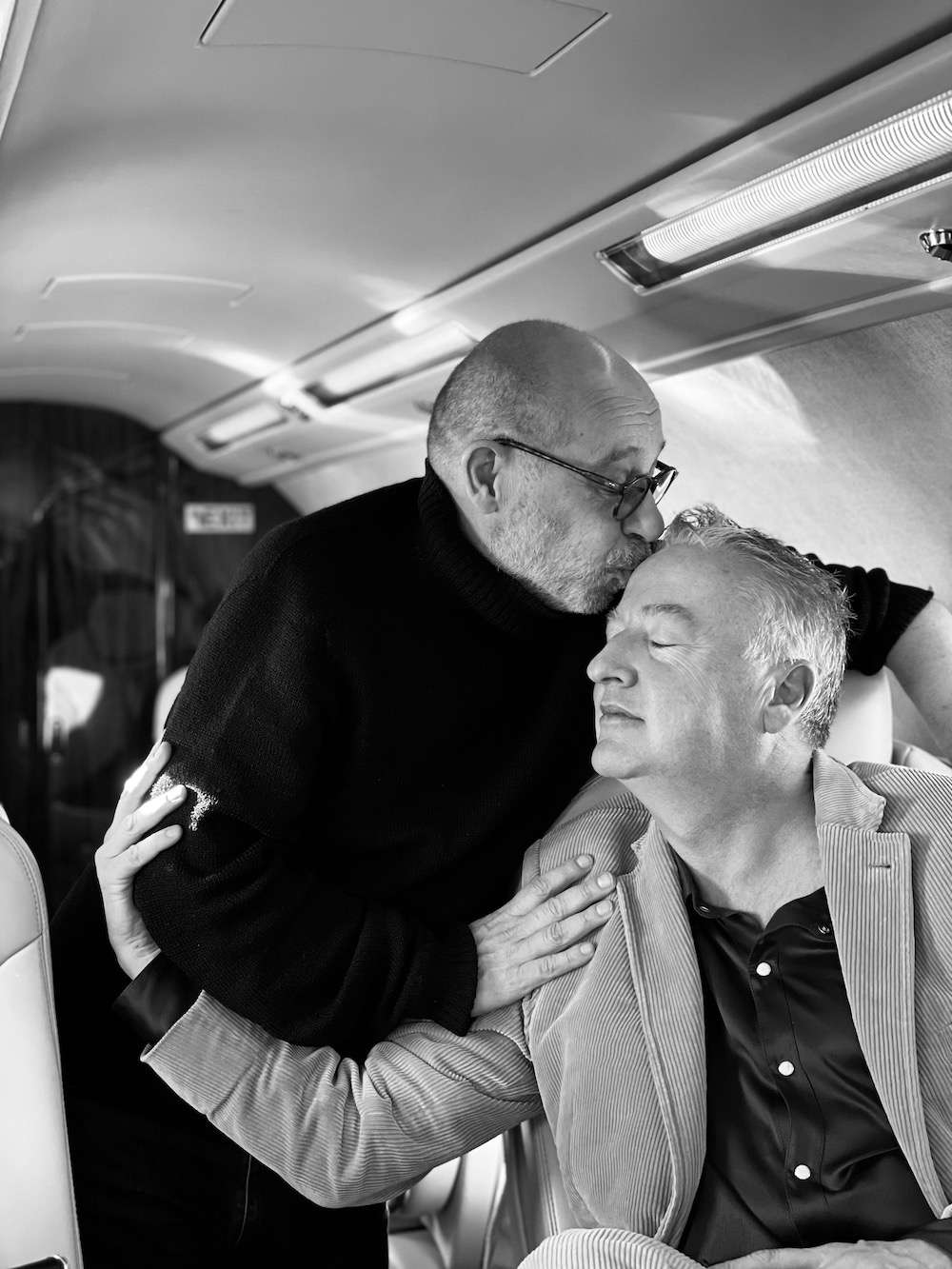 Other team members went to the screening of Ridley Scott’s The Last Duel, shot by Dariusz Wolski ASC. None of us, including the jury and eager festival goers in the audience, could have expected the intense, medieval, Rashomon-inspired epic that appeared before our eyes – Ridley, Dariusz, plus the entire cast and crew are at their very best here!

“You could feel the waves of emotion-stirring throughout the audience”

From beginning to end, you could feel the waves of emotion-stirring throughout the audience. And with immaculate cinematography from Dariusz, the entire film was a delight to watch. 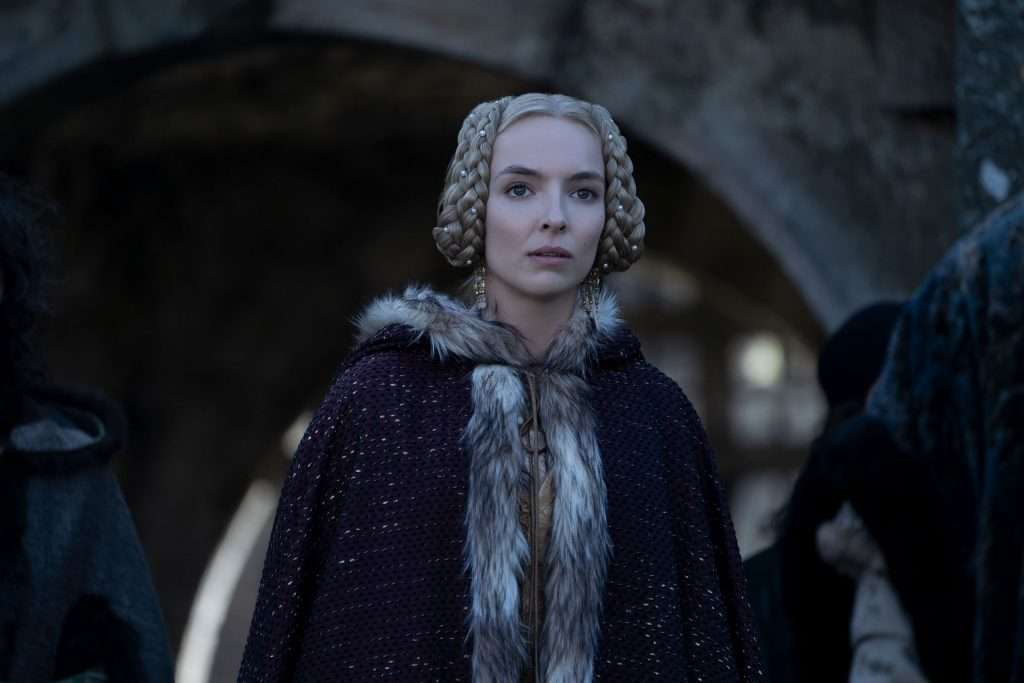 Proved so even more by the rapturous applause the film received when it concluded. In an age where every blockbuster film is either a sequel, prequel or remake, it was deeply satisfying to see an original big-budget epic. The world needs more original creative films and The Last Duel proves to be just that.

Seamus McGarvey BSC ASC is here with director Joe Wright for the screening of Cyrano. Seamus says The Tragedy Of Macbeth, which screened last night, is “a masterpiece”, and shares a photo of himself with the film’s DP Bruno Delbonnel AFC ASC that embodies the cameraderie that Camerimage inspires!

In the afternoon we attended the unveiling of the Sony CineAlta Venice 2 camera, which DPs are going to find really interesting. 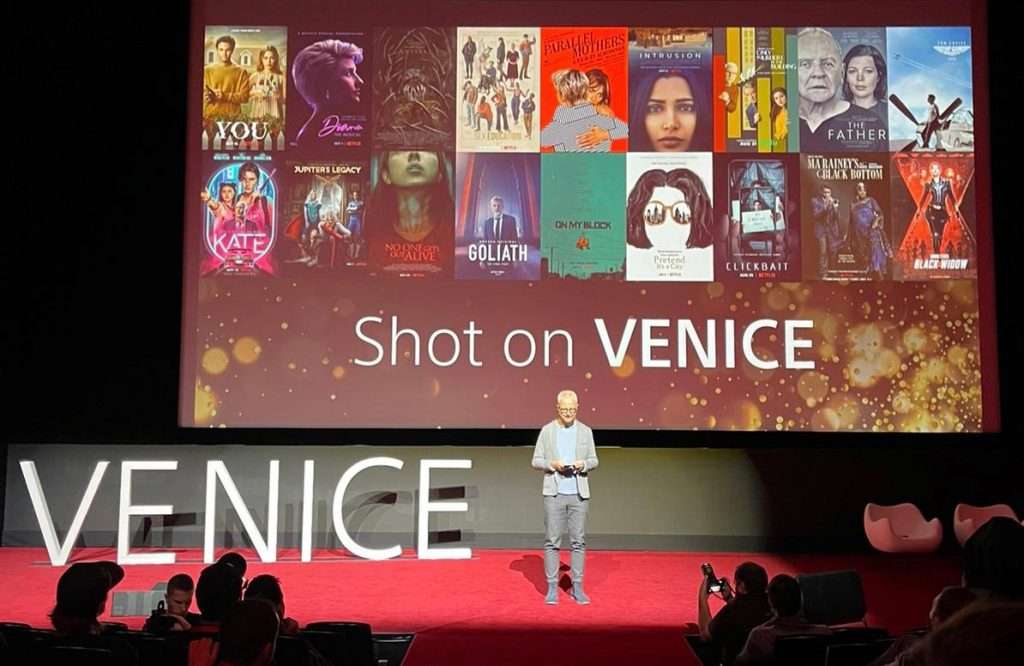 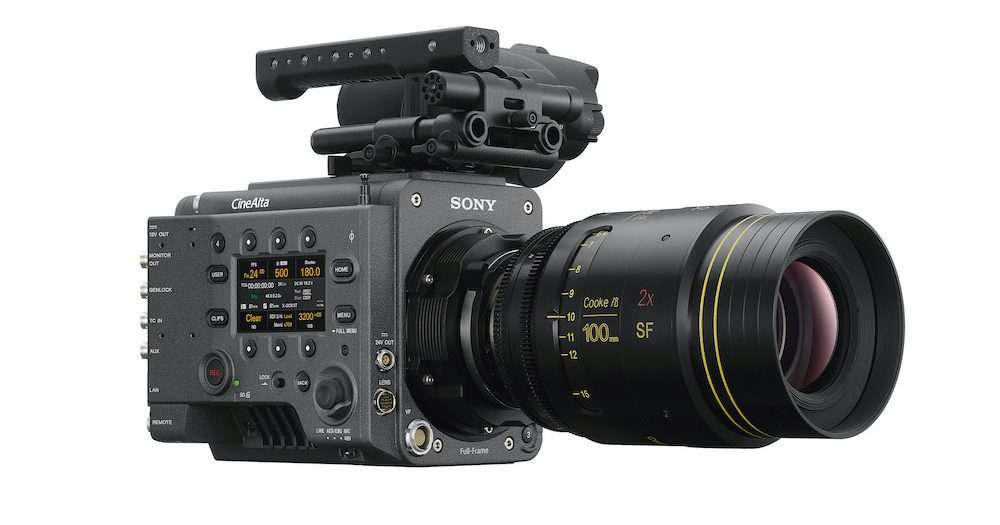 While the pictures from the Venice 2 offer improved roll-off and highlight handling, arguably the most impressive feature is the interchangeability of sensors between models – you can plug the original Venice into the Venice 2 if you need/want to. The Venice 2 has a smaller form factor and is lighter than the original Venice, and is sure to be welcomed by camera and drone operators alike.

Following the reveal of the Venice 2 and its specs, cinematographer Rob Hardy BSC ASC presented a camera test to the audience titled Venicia, which is well worth a watch on YouTube. 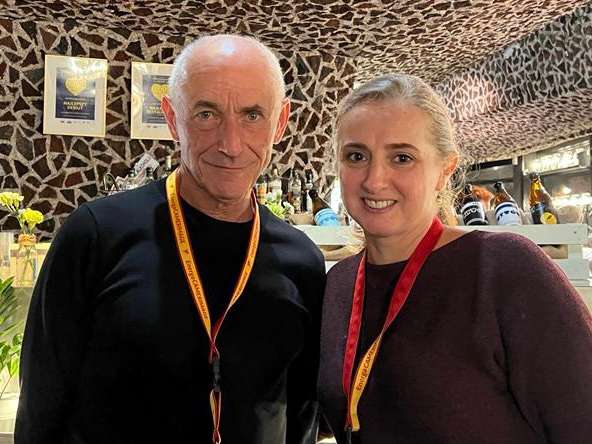 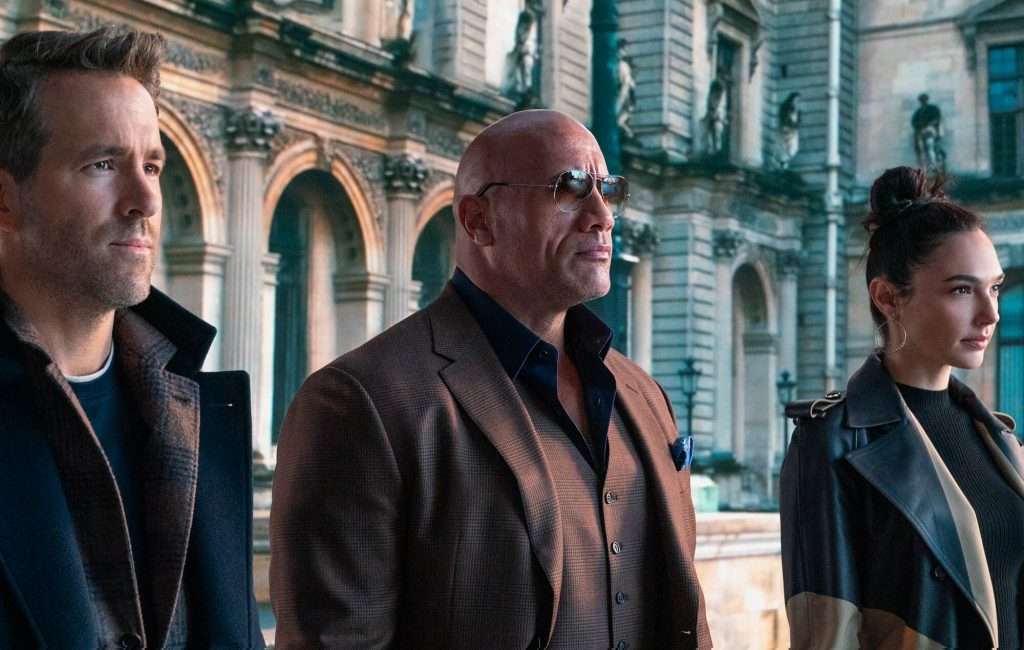 The film was shot using Red cameras and Markus discussed how he used a blend of new and old-school Hollywood techniques, including vintage Panavision lenses from the 1950s that were the original focal lengths used on Ben-Hur (1959, dir. William Wyler, DP Robert Surtees ASC), along with filters, to capture a look that is reminiscent of older Hollywood action films. 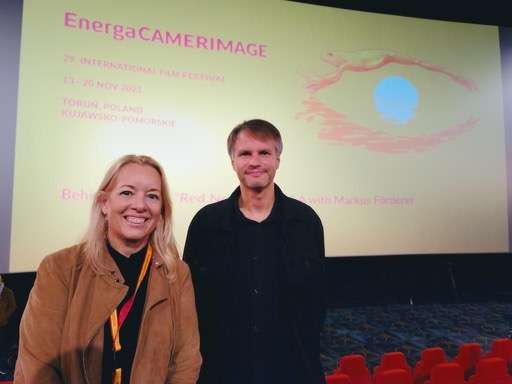 Remarkably, the action-packed film did not include any blue or greenscreen effects, which Markus found to be an exciting challenge, noting that, “If you shoot something for real, then it feels real.” In a separate instance, Thurber has remarked that Markus has an artist’s eye and a technician’s mind, and that is abuntanly clear in how he talks in-depth about his work. 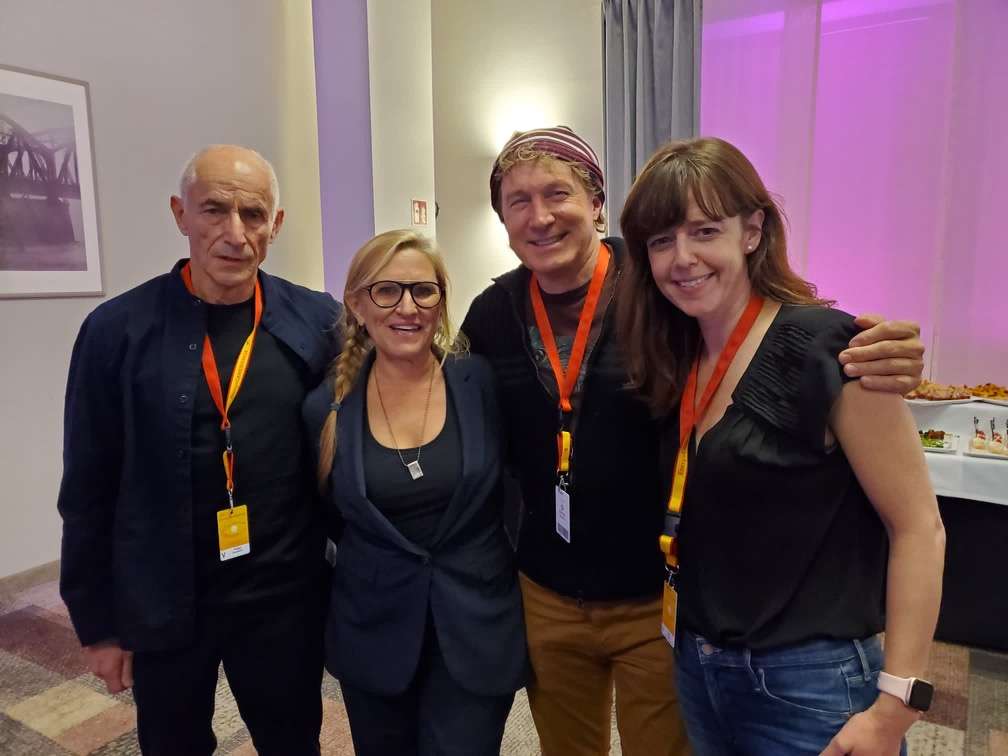 In the late evening, Cooke Optics’ party helped to elevate the day’s excitement further, with a crowd of around 100 in one of the Bulwar’s smaller ballrooms, with many party-goers still buzzing about Red Notice. 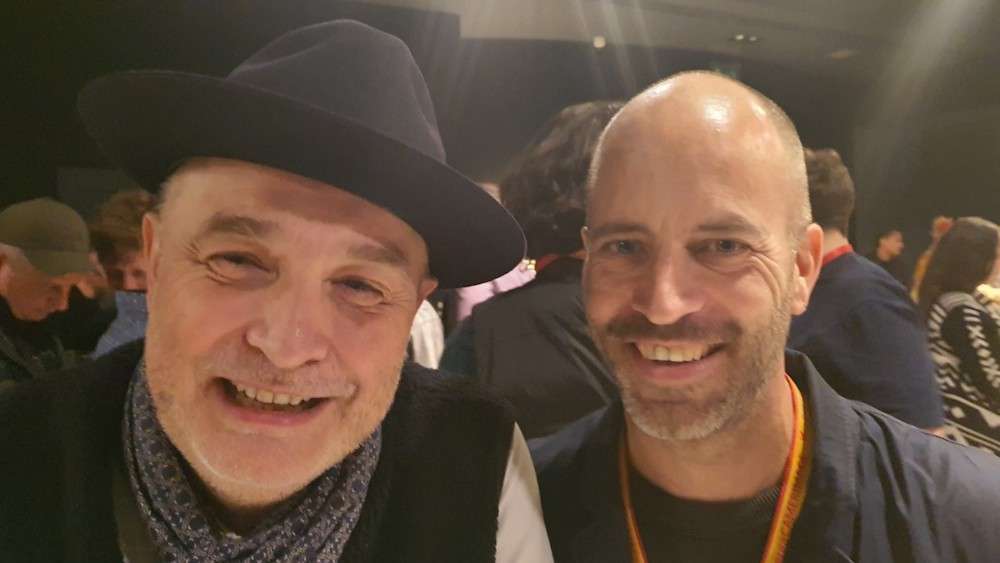 Trevor Kossak of talent agency WPA expertly mixed drinks for his colleague Kristen Tolle, who will be appearing at the “Get Noticed” panel on Tuesday evening. 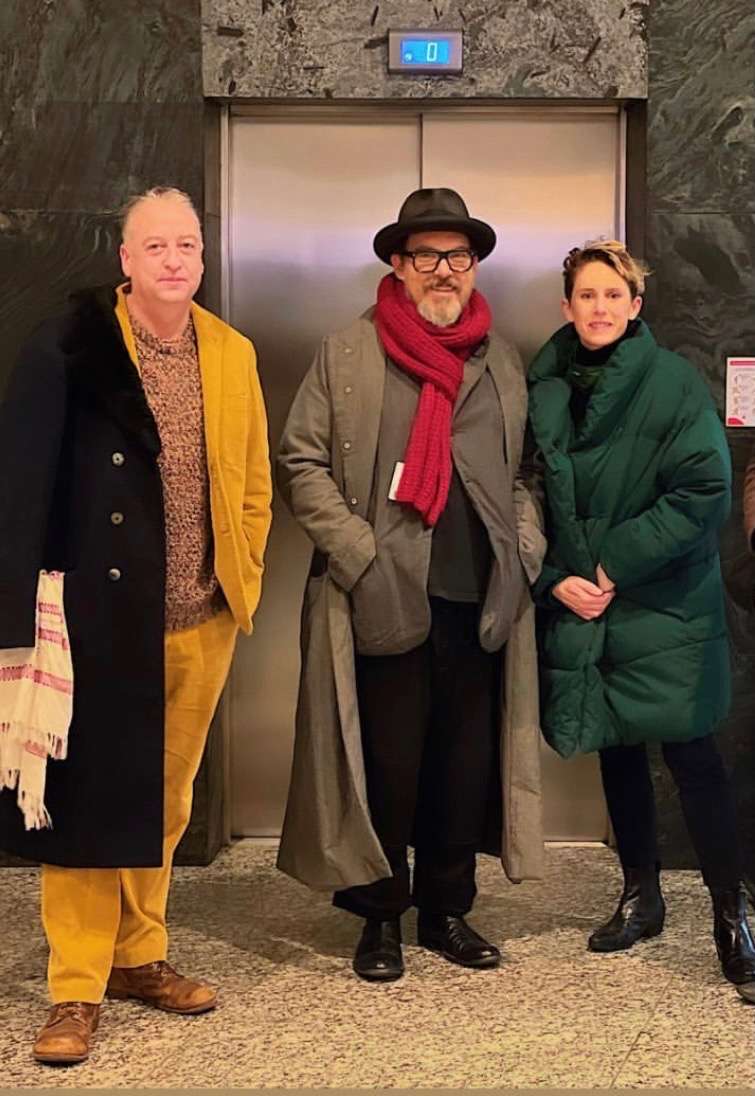 Mexican favourite DP Xavier Grobert ASC moved around the room followed by a trail of admirers, many of whom are rising cinematographers of Spanish and LatinX backgrounds. Seamus took the “Best Suit” Award for his sublime, mustard-hued corduroy ensemble!

New York-based cinematographer Anastas Michos ASC GSC comforted filmmaker/publicist and EB Comms blogger, Vika Safrigina, who had been working on a short film with cinematographer Halyna Hutchins at the time of her death. Michos advised Vika that, “Artists make their work to be seen,” and gracefully encouraged Vika to keep going with the project, as it is something Halyna would have wanted. 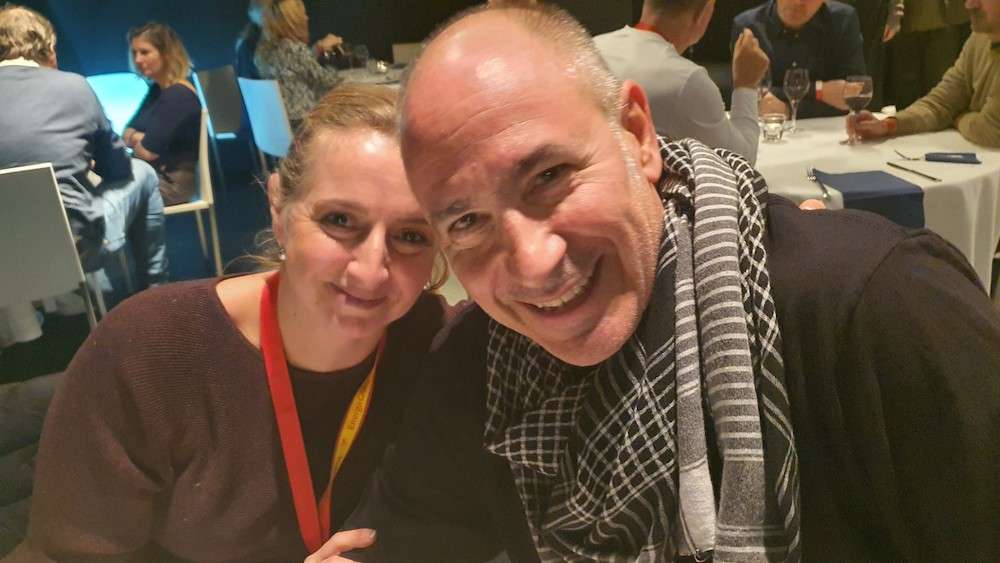 We also bumped into Larry Sher ASC, Amy Vincent ASC, Sebastian Thaler, Xavier Grobet and Alejandro Mejia and were variously in engaged, deep, meaningful and hilarious conversations. Hope you enjoy our snaps from the Cooke event! 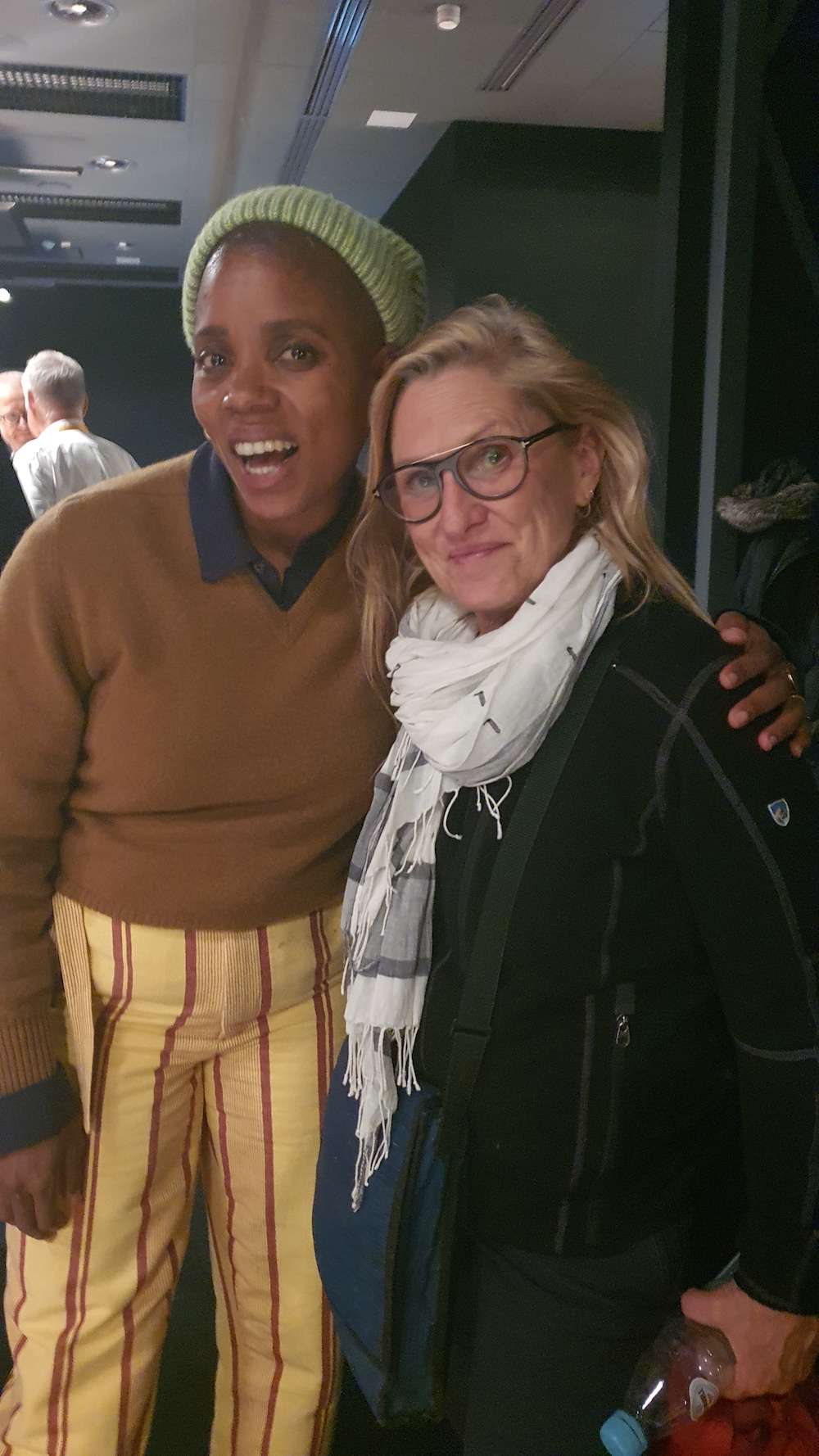 Emmanuel Bates Communications (www.EBComs.com) is a public relations and publicity firm that specialises in representing the world’s best behind-the-camera artists. With offices in Los Angeles, London and the bush, just outside Sydney, Australia, it delivers services to it’s valued clients worldwide.