In the heart of the home of the movies, California Gov. Gavin Newsom on Wednesday put pen to paper and made the new $330 million increase in California’s film and television tax incentives a reality.

Facing a recall election in September, the longtime studio-friendly Democrat swooped into Netflix’s backyard Sunset Gower Studios on Wednesday to sign the bill. 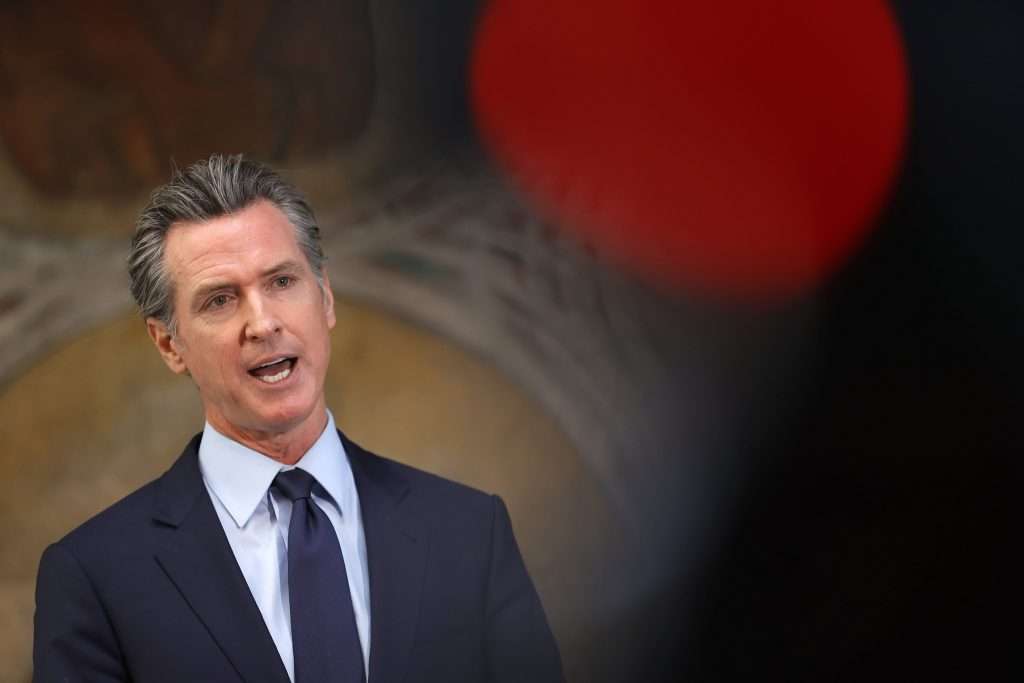 With the stroke of his pen, California is now offering a whopping $660 million to encourage and juice production here, at least for the next two years. In that context and with an emphasis on diversity, $150 million of the new funding is intended to aid in the building or revamping of much-needed soundstages in and around Los Angeles

“Today’s investments ensure film and television production will continue to fuel the California Comeback through thousands of good jobs right here in the Golden State, training opportunities to increase access, and a focus on fostering diversity and inclusion for a workforce that better reflects our vibrant communities,” Newsom said at the Sunset Boulevard facility as state politicians and industry reps stood by.

Authored by state Sen. Anthony Portantino, the bill that became law today passed the legislature in Sacramento unanimously on July 15.

“The 163,000 members of the Entertainment Union Coalition thank Governor Newsom for his signature on Senate Bill 144 today,” said the Entertainment Union Coalition, which reps members of the California IATSE Council, the DGA, the Studio Utility Employees Local 724, SAG-AFTRA and Teamsters Local 399. “SB 144 enhances and improves the California Film and Television Tax Credit Program which since its inception has resulted in the creation of 156,000 below-the-line cast and crew jobs and has generated $18.4 billion in direct revenue for our state. SB 144 ensures that our members can remain working in California and that more productions will be able to shoot here for decades to come.

It added, “California became the home to motion picture production over 100 years ago. Today, this bill, keeps that magic here.”

Once lagging in tax credits and watching production flee to more lucrative jurisdictions like Georgia and Canada, California transformed its program in 2014 from a $100 million annual lottery system that excluded big-budget movies to a $330 million program with a jobs-centric approach. Signed by then-Gov. Jerry Brown in Hollywood that summer seven years ago, the newer program allowed films with budgets of more than $75 million to apply and sought to convince TV series to relocate, which likely will be reinforced by the new California Film Commission-administered cash influx.