Charity Concert on The Helipad of The Burj Al Arab – “Stay at home, soon everything will be better!” – David Guetta

The architecture of the 7-star Burj al Arab hotel in Dubai is shaped like a sail. On the observation deck of the mast at a height of about 210 meters, David Guetta put on a breathtaking DJ set from sunset to nightfall in late January. There was no audience in the lofty heights, but the event was visually staged with high technical efforts and brilliant closing fireworks to be able to experience it online worldwide on February 6, 2021. Due to the weight restrictions on the helipad and because of the current Covid-19 hygiene regulations, the event was filmed exclusively with remote cameras. 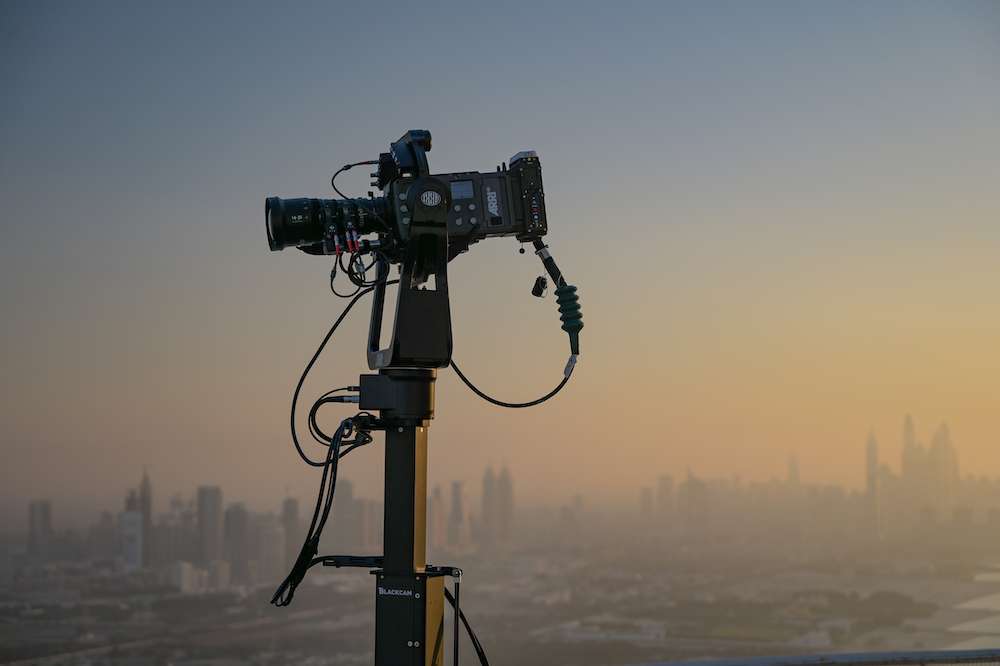 “At the first meeting with the producers, I learned that no one but David Guetta was allowed on the helipad during the shoot. They asked for a solution that would still allow us to get good shots. The location was extremely challenging because the limited space and weight restrictions on the helipad didn’t allow for cranes or camera people. Since we were only filming one person in front of a DJ table, moving cameras were needed to cover the entire area. The Blackcam Systems gave me exactly that flexibility. It allowed us to capture not only the artist’s performance, but also the light and video show around him. The uncomplicated setup and smooth design of the dollies also helped a lot with the drone shots of the set, because it meant we didn’t have a large, distracting camera in the frame.” – Philipp Chudalla, technical supervisor

Blackcam operator Hugo Healy adds, “I was thrilled to work for the first time with the Blackcam B60 and ARRI SRH-3. The system ran extremely smoothly and responsively, so I was able to film great, dynamic images quite easily – a very refreshing and efficient way to work. The foot pedals combined with the joystick make the system almost autonomous, a great joy to work with!”. 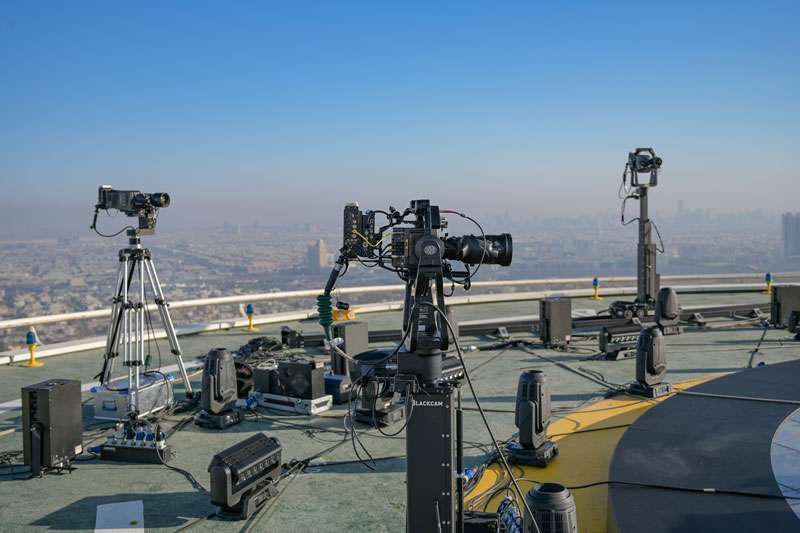 The event was under a good star. From the hotel’s helipad, often shrouded in light fog and drafty winds, the magnificent view of Dubai’s skyline glowing in the dusk was unobstructed for Guetta’s performance, who once again performed without fee to solicit donations for the Unicef For Every Child and Dubai Cares projects. Everyone involved agreed that the monumental images gave David Guetta’s music and cause a platform that was impressive in the truest sense of the word. The result can be seen and heard at www.davidguetta.com starting 2/6/21.

“Working with the Blackcam B60 dolly in combination with the ARRI SHR-3 opens up great creative possibilities and you can fully concentrate on the shots. No latency, absolutely smooth movements – the complete package. I hope to work with the system again soon.” – Richard Forrest, Blackcam operator

The technology in detail:

Live to hard disk, recording and operating in Log C. For the first time, the ARRI Multicam LogC LUT was used for colour matching of the cameras. With this LUT it is possible to edit the video parameters in LogC operation of the camera. By means of an external LUT box, which displays the image in the correct colour space in the desired look, it is thus possible to evaluate the image on measuring devices and preview monitors. To control the iris on the Alexa Mini with the UP8R, an ARRI cforce mini RF was attached. This motor can be connected to the Hirose connector of the lens mount via a cable without an additional interface, allowing iris control of a classic cine lens via an RCP. The cameras were connected via SMPTE fiber cables to the control room, which was located on the 27th floor of the Burj Al Arab, one and a half floors below the helipad.

“There were some hurdles to overcome for this unique location. I’m glad that we had Blackcam on site for this assignment, who on the one hand provided impressive shots with their systems and in combination with our ARRI SRH-3 stabilised remote head and the ARRI AMIRA and ALEXA Mini cameras made it possible to work comfortably and perfectly.” – Thomas Stoschek, ARRI sales manager camera systems