Q&As with each filmmaker will follow screenings of a seminal work, with some events also featuring a film made during their time at the NFTS

For half a century the National Film and Television School (NFTS) has trained some of the world’s best filmmakers. To celebrate the School’s 50th anniversary, BFI Southbank will be showcasing work from some of their best-known alumni with a celebratory ‘NFTS at 50’ season running from 1 September – 5 October, featuring seminal films by alumnus followed by Q&As with the directors. The centrepiece of the season on 12 September will be An Evening With Roger And James Deakins, in which audiences will be able to hear from the award-winning husband and wife Roger and James Deakins, who have worked together on a multitude of hugely successful films in recent years, Roger as Cinematographer and James as Digital Workflow and Visual Effects Consultant. Their unique partnership has seen them work with acclaimed filmmakers such as the Coen Brothers, Denis Villeneuve and Sam Mendes and the event will see them offer unique insights into their careers and collaborations.

Other filmmakers and their work screening in the season will include Kurt & Courtney with director Nick Broomfield, The Souvenir with director Joanna Hogg, The Last Tree with director Shola Amoo, Absolute Beginners with director Julien Temple and cinematographer Oliver Stapleton, Il Postino with director Michael Radford, Theatre Girls with director Kim Longinotto and many more. The season also offers a rare chance for audiences to see work from early in the careers of these distinctive and successful voices from the industry, with many of the programmes including screenings of shorts made by the alumnus during their time at the school, which have not been screened since the filmmakers graduated. 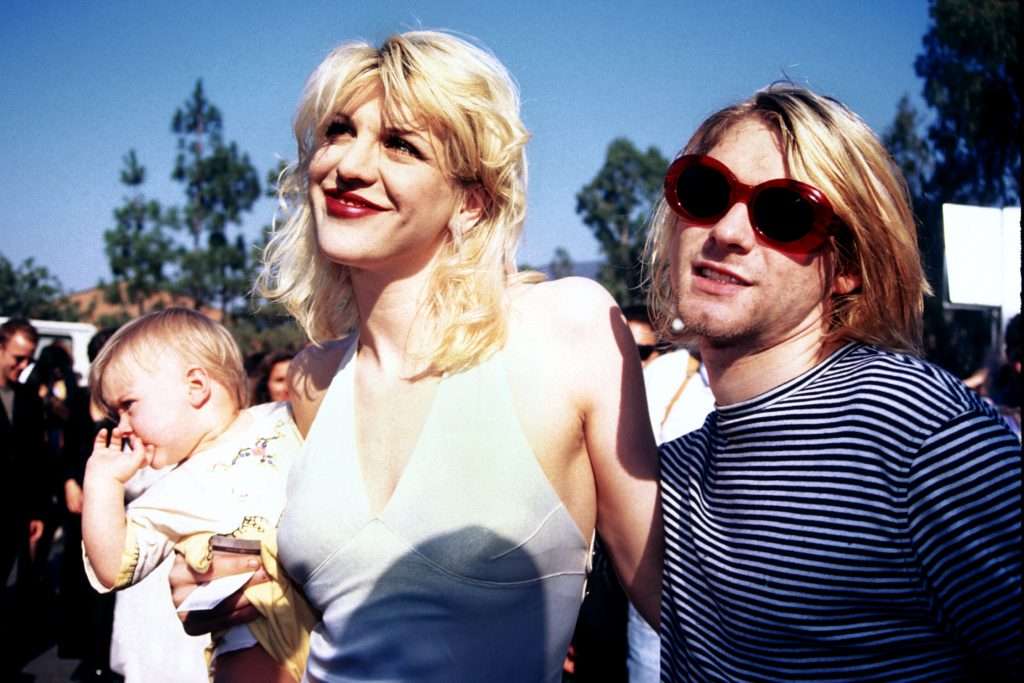 BFI CEO Ben Roberts said: “The NFTS is a world-class organisation that has produced many great filmmakers and practitioners across film and TV. Earlier this year we announced a closer partnership between the BFI and the NFTS that will see us double down on our efforts to encourage further diversity and inclusion within the industry. As the NFTS celebrates its golden anniversary, we’re delighted to host this celebration at BFI Southbank with a number of their alumni on stage presenting and talking about their work.”

Jon Wardle, NFTS director said: “As we celebrate this landmark 50th year of the NFTS, a specially curated season at the BFI is the icing on the cake. I can’t think of a better way to showcase the impact the School and its alumni have made on the cultural landscape since first opening in September 1971. We are honoured the BFI are hosting this month long celebration to recognise the stellar achievements of NFTS filmmakers over the last five decades.”

Nick Broomfield single-handedly changed the face of documentary film with his minimal crew and ability to weave himself into the film’s narrative. Screening in this season will be Kurt & Courtney (1998), his investigation into the death of Kurt Cobain follows allegations that the Nirvana superstar may have been murdered. Alongside it will be Proud To Be British (1973). Broomfield’s wry but ultimately troubling examination of British attitudes in the Home Counties. In Of Time And The City (2008) director Terence Davies looks back – in anger, sometimes, but also with amusement and affection – at the Liverpool Davies grew up in, comparing it with the city of today. Deftly assembled and judiciously chosen, the footage is peppered with his own comments (many of them wickedly witty) with a range of literary quotations, and brilliantly appropriate music from Mahler to Peggy Lee, and Shostakovich to The Hollies. Of Time And The City will screen alongside Madonna And Child (1980), the centrepiece of Davies’ Liverpool-set Trilogy that focuses on his fictional alter-ego in middle age. In her final film for the NFTS, Theatre Girls (1978), Kim Longinotto and co-director Claire Pollak take us into London’s ‘Theatre Girls Club’ in Soho – a hostel for elderly and destitute women, and the only shelter in the capital that would take in any woman at any time. Longinotto lived in the hostel for over two months, establishing an extraordinary level of trust with the residents. Developing her signature style, she films without judgement and finds humour and humanity in situations and characters that might otherwise be seen as tragic.

Jeanette Winterson adapted her own novel Oranges Are Not The Only Fruit (BBC, 1989) for TV – a story of personal growth and escape from oppressive religious obsession and patriarchy in a small mining village across the 60’s and 70’s. The series proved a sensation when first transmitted, and launched director Beeban Kidron as a major talent. Screening alongside it will be Kidron’s short film Alex(1990), a wry, humorous look at what happens to the eponymous character when her boyfriend gets a job. Joanna Hogg’s tender and semi-autobiographical The Souvenir (2019) follows a young film student who has moved to London and is seeking direction in her art and life when she meets a mysterious man and begins a fervent affair. With a story that peels back its layers of mystery with a deft touch, Joanna Hogg cements her role as one of Britain’s finest filmmakers. Directed by Shola Amoo, The Last Tree (2019) is a semi-autobiographical drama exploring universal themes of identity and belonging. After being fostered in rural Lincolnshire, Femi, a British boy of Nigerian heritage, moves to inner-city London to live with his birth mother. In his teens Femi struggles with the culture and values of his new environment. He must decide which path to adulthood he wants to take, and find out what it means to be a young Black man in London during the early 2000s. Amoo’s short film Touch(2013) tells the story of Jessica and George, who meet in an open field at a specific time and place every day. George is in love… but Jessica hides a devastating secret. 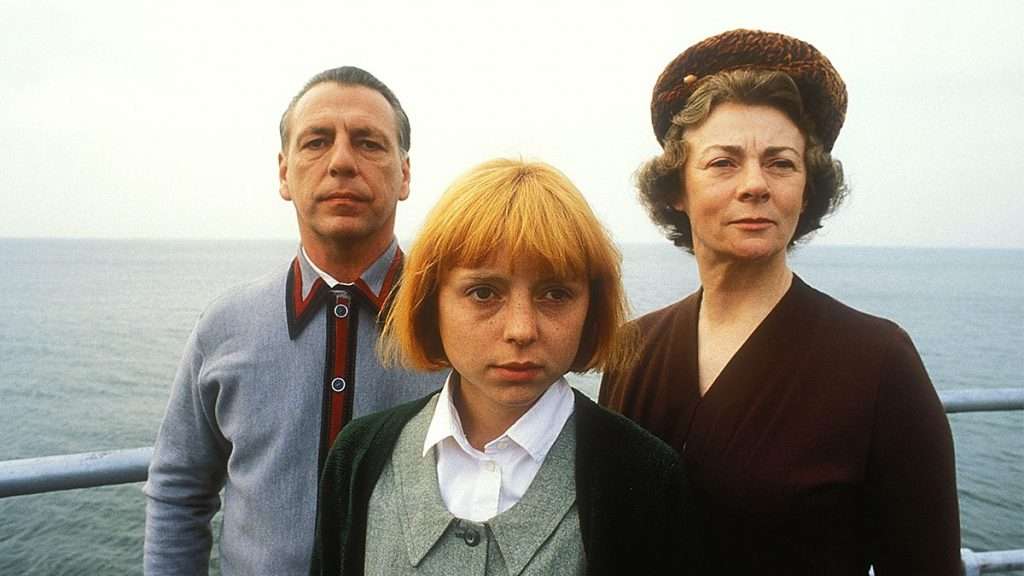 Oranges Are Not The Only Fruit

In The Selfish Giant (2013), Arbor and Swifty are two Bradford boys who look for an escape from the poverty trap by illicitly trading scrap metal, in a pact with exploitative local dealer Kitten. Clio Barnard’s extraordinary film mixes realism with visual lyricism in a tough but moving drama, which derives some of its eerie undertow in subtext inspired by the eponymous fairy tale by Oscar Wilde. Aneil Karia’s Surge (2020) stars Ben Whishaw as Joseph, an airport security guard who’s generally feeling quite crushed by his own dull, lonely existence. After a bizarre encounter at work he snaps, and heads on an adrenaline fuelled, reckless journey of self-liberation. This frenzied and (enjoyably) stressful thriller is a knockout feature debut for Karia, a director whose short films have already established him as one of the most interesting British filmmakers on the rise. Karia will also be joined by cinematographer Stuart Bentley for the post-screening Q&A.

Rose Glass’ bold and original exploration of religious fanaticism and salvation Saint Maud (2019) follows a devout and reclusive nurse who believes God has sent her a long-awaited special mission when she’s assigned to look after a hedonistic and embittered former dancer living out her final days in an eerie gothic house on the coast. It will screen alongside Room 55 (2014) in which an inhibited television host takes a night off from her structured life in a hotel where all is not what it seems. A vibrant and hugely engaging portrait of female friendship and growing up in London, Rocks(2019) features a script crafted by Claire Wilson and award-winning playwright Theresa Ikoko and was developed through an extensive workshop process with director Sarah Gavron and the female actors, all of whom were discovered through casting sessions at schools. The result is a moving portrait of resilience and girlhood, and one of the most authentic portrayals of contemporary, multi-cultural British youth. Screening alongside it is Losing Touch (2000); when Tessa’s English father leaves his Italian wife and family stranded, each member of the family responds to the crisis in their own (very) peculiar way. 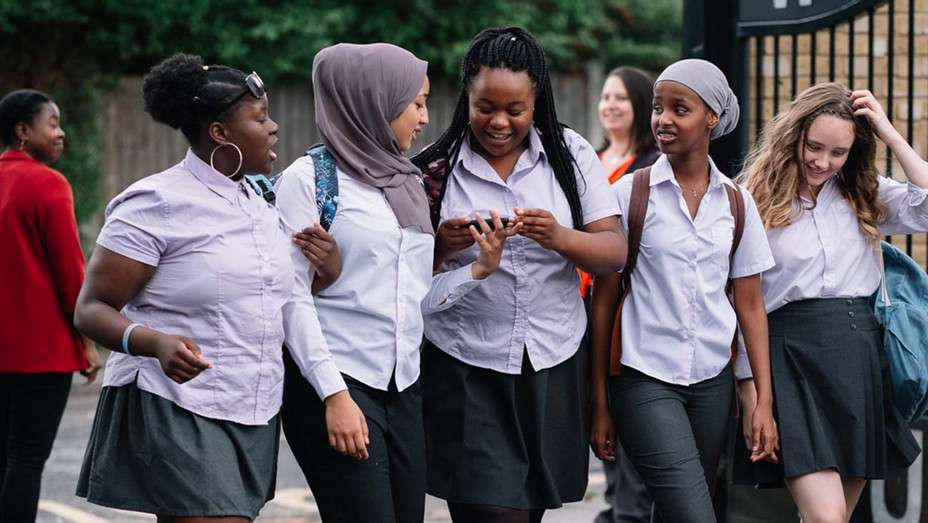 Funny and moving drama Il Postino (1994) was a multi award-winner for director Michael Radford, as well as a hit with critics and audiences. In the 1950s, Mario, a local postman living on the Italian island of Salina, becomes intrigued by the volume of mail arriving for a recently arrived visitor. The visitor turns out to be none other than Chilean poet Pablo Neruda, whose political beliefs have led to his exile from Chile. As a friendship grows between the two men, a love of poetry is awoken within Mario. Il Postino will screen alongside Radford’s short existentialist thriller A Cold Night (1974). Julien Temple’s brave reboot of the British movie musical for the MTV generation, Absolute Beginners (1986), comes on like a hyper West Side Story. Its tale of young lovers divided – set against a backdrop of generational conflict, gentrification and white supremacy in 1950s London – is a riot of day-glo production design and anarchic energy.

Health and safety measures including social distancing and the wearing of face coverings will continue until government guidance advises otherwise. Full details of all measures in place to protect visitors and staff are available on the BFI website.

On-sale dates: Tickets for the season will go on sale to BFI Patrons and Champions on 2 August, BFI Members on 3 August and to the general public on 5 August.