BFI chair Tim Richards and chief executive Ben Roberts have published Screen Culture 2033, the BFI’s new 10-year strategy signalling a fresh approach to benefitting the public and industry through to its landmark centenary in 2033.

This new vision sets out how the UK’s lead organisation for film and the moving image will transform access to its unique and valuable collections, cultural and education programmes, and use policy and research work, alongside a new BFI National Lottery Strategy and Funding Plan to build a diverse and accessible screen culture that benefits all of society and contributes to a prosperous UK economy.

address where the sector needs support in delivering public benefit most through its National Lottery funding, policy work and evidence.

To achieve all of this the BFI will work to become more financially resilient in its approach, building on its charitable and commercial income.

Working in unison with Screen Culture 2033, the new BFI National Lottery Strategy 2023-2033 will guide how it will invest approximately £45 million a year of National Lottery ‘good cause’ funding over the first three years of the 10-year strategy period by prioritising:

At the heart of Screen Culture 2033 and the BFI National Lottery Strategy are three core principles which both guide the BFI’s own activities and cut across every area to be supported by National Lottery funding. These are: equity, diversity and inclusion, so everyone can develop a meaningful relationship with screen culture, regardless of their background or circumstances; UK-wide, so that everyone across the four nations of the UK should be able to experience and create the widest range of moving image storytelling; and environmental sustainability, from reducing the BFI’s own carbon emissions to supporting wider industry efforts to get to net zero. 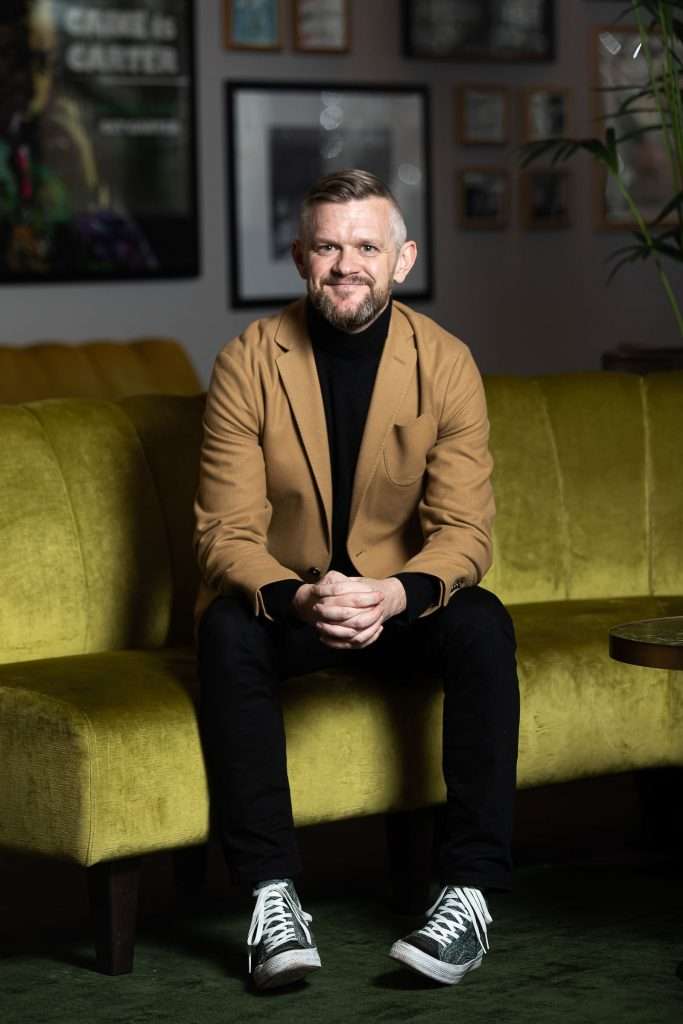 Culture Secretary Michelle Donelan said: “As the BFI looks towards its centenary, I’m delighted to see its vision is to open up more of its collections, boost people’s skills and help generate growth in the UK’s cutting-edge and globally renowned screen industries.

“For many people around the world, British TV and film is our calling card. At home, it creates jobs and helps us see and tell the stories of our lives. Alongside our work in government, this long-term plan will help ensure the UK is a great place to make film, television and video games in the future.”

BFI chair Tim Richards, said: “As a cultural charity, a distributor of National Lottery ‘good cause’ funding we see the societal benefits of screen culture and the vital contribution it makes to the UK economy. The ambitions we lay out in Screen Culture 2033 – which will take the BFI to its centenary – and the BFI National Lottery Strategy, aim to expand opportunities for creators, audiences, educators and industry to ensure the screen culture produced and consumed in the UK truly reflects our vibrant and diverse population. Our role in creating the right conditions for the economic growth and cultural development and appreciation of UK screen culture throughout our past, present and for the future has never been more important.”

BFI chief executive Ben Roberts, said: “Most of us experience or contribute to screen culture – through film, TV, online video, extended reality and video games – in our daily lives. It informs and defines us, and continues to grow as an art form and a creative industry. 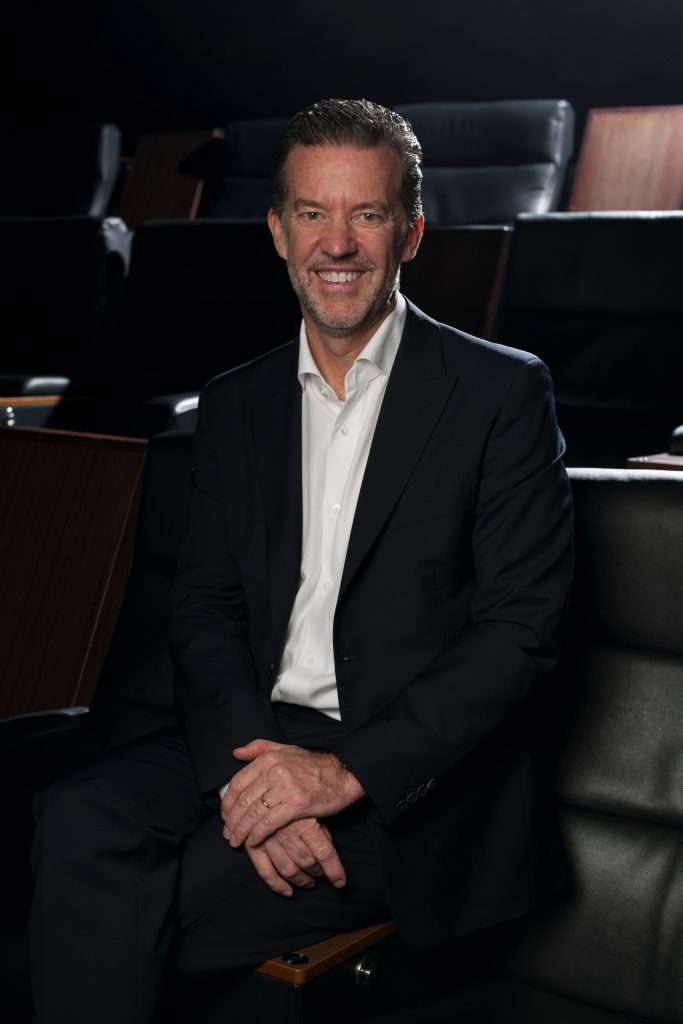 “With Screen Culture 2033 we want to transform the way in which people can access our programmes, appreciate screen culture and gain skills and jobs across the UK. We will generate wider access to our world-class collections and programmes, including through an expansion of our digital platforms.

“And we have designed our new National Lottery strategy and funding plan in response to what we have heard during open consultation in developing UK-wide benefits and the value of partnerships. At a time when economic pressures are affecting people’s lives and industry resilience, our commitment to deliver against the National Lottery’s Good Causes mandate has never been more important.

“Screen culture isn’t standing still and neither are we.”

Screen Culture 2033
Although the first moving images were created over 100 years ago, screen culture remains young, dynamic and expanding. Today it presents a wider screen landscape that encompasses film, television, digital media, extended reality (XR) and video games. It has become the dominant means of communication, information and storytelling for Gen Z and beyond.

As an industry, the UK screen sector is also a large and fast-growing employer incorporating a huge range of skills to produce and distribute vibrant forms of entertainment for UK and international audiences, making a significant contribution to the UK economy. Since publication of the BFI 2022 strategy in 2017, the UK’s screen industries have more than doubled in size. Film and high-end television production spend in the UK alone has boomed from £2.2 billion in 2017 to £5.6 billion last year and is projected to reach £7.3 billion by 2025.

Screen Culture 2033 sets out how the BFI will advance its knowledge, collections, programmes, National Lottery funding and leadership, to build a diverse UK screen culture that benefits all of society and contributes to a prosperous economy.

The strategy honed four key objectives in addition to the three cross-cutting principles, plus a range of outcomes[2] which together are designed to drive change and deliver benefits for all of society and for the screen sector UK-wide. These are:
· Experiencing screen culture – so everyone can experience a great range of screen culture;
· Creativity and storytelling – so anyone from first-time creators to world-class professionals can create screen stories;
· A UK screen sector workforce that is skilled and reflects the population;
· Independents and cultural organisations are supported to achieve success in a changing economic and cultural landscape.

The BFI receives 2.7% of available National Lottery funding which for the first BFI National Lottery Funding Plan, 2023-2026, will amount to approximately £45 million a year, or £135 million over the first three years.[3] The terms for how the BFI awards National Lottery ‘good cause’ funding to deliver benefit to the UK public is set out in policy directions established by the Department for Digital, Culture, Media & Sport (DCMS) and enshrined in legislation.

National Lottery funding has played a transformative role in the UK’s screen sectors. It has nurtured filmmakers and creative risk-takers, helped develop the UK’s world-class workforce, inspired children and young people, and connected audiences to a more diverse screen culture – all in ways that the commercial market alone cannot deliver.

Over the next 10 years, the BFI wants to build on this legacy, expand on the opportunities for growth and explore new avenues for audience participation and creativity in the screen sector. Working in partnership was highlighted throughout the consultation phase as essential for delivering on UK-wide growth and sustainability objectives over the next 10 years. Through collaboration, the BFI will ensure all National Lottery funded activity draws on the wide-ranging knowledge and experience of people in every part of the country and responds to the needs of the regions and devolved nations of the UK.

From 2023-2026, the first funding plan will provide support for a range of programmes: