The BFI and BAFTA albert have announced that Wales has been selected to put environmental sustainability recommendations for screen production into action in Screen New Deal: Transformation Plan.

The initiative is a follow-up to the Screen New Deal report released in 2020, which explored the carbon impact of the film production sector and proposed a practical route forward for scripted film, high-end TV drama and studio-based productions to reach a zero-carbon, zero-waste future, aligned with net zero and science-based targets.  The BFI’s National Lottery Research and Statistics Fund supported the Screen New Deal report which was produced by leading global engineering and design firm specialist Arup with BAFTA albert, the leading screen industry organisation for environmental sustainability and the BFI.  The BFI’s Research and Statistics Fund has now awarded up to £80,000 National Lottery funding for the Transformation Plan project as the next phase of work.

Through the Screen New Deal: Transformation Plan, the BFI, BAFTA albert and Arup are working with Creative Wales, Ffilm Cymru Wales and Clwstwr to conduct localised data collection and mapping. This will identify film and HETV-related services which already exist in the area, highlight service gaps and advance the creation of a location-based transformation plan to decarbonise TV and film production.

The first 12 months will focus on data collection followed by the development of the transformation plan over the following six months. Data and learnings gathered during the mapping and creation of the plan will be shared with other UK screen clusters looking to achieve zero-carbon and zero-waste in order to support the production sector more broadly. The 18-month programme will deliver the transformation plan by mid-2023.

Welsh Government Deputy Minister for Arts and Sport, Dawn Bowden, said: “‘I am delighted that this pioneering sustainable research project for the screen industry run by the BFI and BAFTA Albert has been secured to Wales, following a successful bid from Creative Wales with delivery partners Ffilm Cymru and Clwstwr. As part of our Programme for Government, we are committed to supporting action that reduces our carbon footprint across the economy, and look forward to working with established screen stakeholders across Wales including production companies, public sector broadcasters, studios and the industry supply chain. The data gathered will be invaluable in helping us forge a path to secure a zero-carbon, zero-waste and a stronger, fairer, greener future for the industry here and across the UK.”

Harriet Finney, the BFI’s deputy CEO and director of corporate & industry affairs, said: “A Screen New Deal provided a route-map to help the production sector reduce carbon emissions and waste. Producers and funders are looking for solutions to help them meet their net-zero targets however the fast-paced and peripatetic nature of production is challenging for individual productions trying to find how that they can achieve that. Taking this work across a screen ‘cluster’ will develop practical and sustainable outcomes that can work for all productions and help reduce the sector’s carbon footprint.”

Carys Taylor, director of BAFTA albert, said: “We’re really excited to roll out this next phase of the Screen New Deal project in Wales.. The TV and Film production industry has an unparalleled opportunity to be the catalyst of change, both in front and behind the camera, and I’m delighted this collaboration will be spearheading the exploration of practical, location-based solutions for decarbonizing TV and film production.”

Creative Wales, Ffilm Cymru Wales and Clwstwr champion environmental sustainability across their activities and have generated a high amount of buy-in across the country from studios, producers and suppliers. Their commitment to sustainability combined with the high concentration of studios and the scale of production scheduled to take place in 2022 will ensure that a rich dataset could be gathered and a detailed transformation plan produced.

Data gathering and the development of the transformation plan will comprise a range of activities including all productions being asked to measure their carbon footprints; encouraging suppliers to share their data on energy and travel; and stimulating the creation of new products and services such as reuse networks. There is also potential for cross-sector sharing of certain resources such as reuse networks which may be useful to theatres, galleries and the hospitality and events sector. 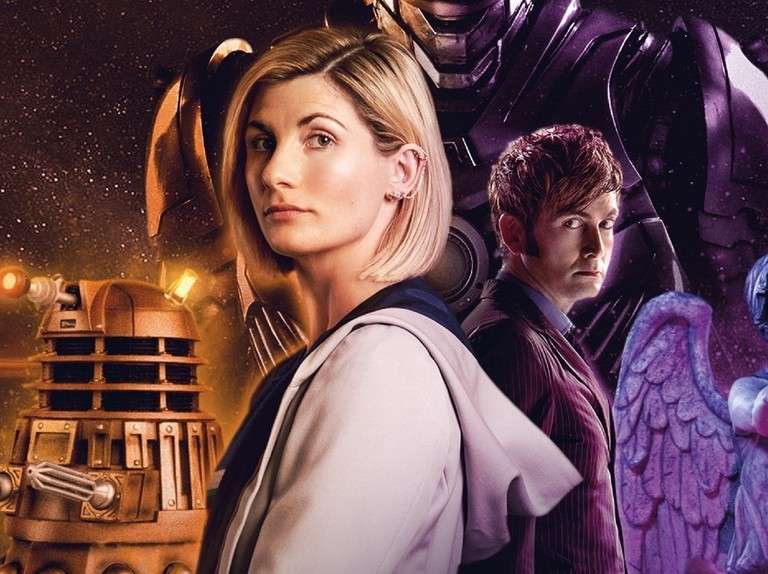 The Cardiff Capital Region is the UK’s third largest audio-visual media sector after Greater London and Manchester. Outside of London, the region boasts one of the biggest concentrations of studios in the UK with Bad Wolf’s Wolf Studios, Dragon Studios, Great Point Seren Stiwdios and BBC Drama Studios in Roath Lock.  It has a number of leading production services and post-production services including Real SFX, Location Solutions, 4Wood, ADF, Dragon DI, Bang, Gorilla, Cinematic, Bait VFX, Streamland Media and Painting Practice.  Film and television productions made in Wales include Dream Horse, Willow, Sex Education, War Of The Worlds, His Dark Materials and Doctor Who.

Gerwyn Evans, deputy director of Creative Wales, said: “We welcome the news that Creative Wales has been successful in winning this bid, and thank the BFI and albert for developing such an important opportunity for the industry in Wales, the UK and beyond. Developing sustainable production practices across Wales is a top priority for us, and together with all delivery partners we are excited to build and consolidate on the great work already being done in Wales, and set a path to realise the project’s ambitious goals.”

Professor Justin Lewis, director of Clwstwr, said: We are thrilled to be announced as a pilot cluster to research and develop (R&D) a localised transformational plan for the media production sector in Wales. In recent years, Clwstwr has supported a number of green R&D projects in the screen sector focusing on carbon footprint reduction and lower environmental impact – there is no shortage of ideas or willing from Welsh creative innovators. And this important work will further Clwstwr’s ambition to see Wales at the forefront of efforts to move media production towards net zero and to be a true leader in green media production.”

Pauline Burt, chief executive of Ffilm Cymru Wales, added: “This partnership of aligned interests, coupled with in-depth research and understanding, offers genuine opportunity to significantly advance environmental practice in our screen sector. For Ffilm Cymru’s part we are committed to ensuring that the approach works for all company sizes and for professionals at any stage of their careers, whilst building upon complementary offers that have already been secured for Wales including seed and scale-up funding for products and services that support green working practice, which Ffilm Cymru manages on behalf of its collaborators as part of its Green Cymru programme.”

Header Image: The Arborist, credit Tom Sparey. The Arborist was written and directed by Clare Sturges