“For Mischief’s Magic Goes Wrong, it is the show that is comedy chaos on stage,” opens its lighting designer, David Howe. “It must never be the lights that go wrong!”

Co-written by Mischief and international magicians, Penn and Teller, Magic Goes Wrong, first opened at London’s Vaudeville Theatre in 2019 before touring the UK since July ’21. A West End version returned to London in October with a relaunch at the Apollo Theatre that will run until February 2022. The comedy play is presented as a fundraiser and features a string of inept magicians doing their best acts to raise money for ‘disasters in magic’. The result is a fast-paced variety show with high production values and great audience interaction.

David Howe has been involved in the production since 2018.  “The show is a deliberate overly theatrical comedy; a colourful, glitzy event that accentuates the comedic mishaps of the characters. From a lighting perspective, in addition to giving shape and support to the actors and essential magic lighting, I have many different scenic elements to work with from deep rich velvet house tabs, multi slash curtains and, to quote the opening introduction, ‘a quantity of glitter than some may find offensive.’ The writers are constantly evolving the play at each incarnation and so I am able to look and refresh my design and fixture choices for each production.”

Howe originally designed the production with other lighting fixtures before he was introduced to Ayrton products. “It was White Light that suggested I consider using Diablo. I had seen it before and remember being impressed.  It is so, so bright – super, super bright – exactly what I was looking for.  I needed a moving light with that sort of intensity and the speed of movement that Diablo delivers.  The colour saturation is excellent and it has great gobo rendering; perfect for the colourful and dynamic look that drives this show. Its compact design and lightweight build ticks yet another set of boxes for handling and rigging in tight theatre spaces.  We did a shoot out and the Diablo jumped out at us – this was the one!”

Howe chose to rig a dozen Diablos as front light downstage of the proscenium, using them as key lights in addition to adding vibrancy and punch to the glitzy stage set. “They are a total treat – we can put strong colours wherever we want them, and we have fitted them with custom gobos which work equally well in hard or soft focus.  They cut through everything else on stage so well we have even used them as follow spots on occasions for tricky positions.” Ayrton’s famed reliability and almost silent movement has not gone unnoticed either.  “This is a play and for the comedy to work we need the audience to be focussed on what is being said so rigging moving fixtures front-of-house requires them to be both quiet and reliable.  Swapping lights out in the auditorium is awkward and time consuming and audiences don’t want to be distracted by the whirring of fans and motors particularly during quiet dramatic moments on stage.”

Howe succinctly sums up his experience of choosing Ayrton’s Diablo. “We were lucky to be able to access the Diablo – these were the first ones purchased by White Light – and I have not regretted our choice for a moment.  Brighter than bright, so quiet, small yet with a zoom from 7° to 53° that is extremely useable.  I would be just as happy to use them in a straight theatre production as in a fast paced musical event. They are LED but you can programme them in CMY mode so I’m not worrying or thinking about RGBW.  It’s a great little unit that fits well in our world. Put simply, Diablo ticks all the boxes.”

“We’re really pleased the Diablo proved such a hit on its first outing with David and we’re already planning to increase our rental stocks over the coming months,” says White Light’s technical director, David Isherwood, who bought the Diablo fixtures from Ayrton’s exclusive UK distributors, Ambersphere Solutions after the demo from Briony Berning. “We can see applications across all of the areas we service, which is one of the main drivers for our investment in new products – they cannot be too niche. We’ve already seen particular interest from Broadcast and Theatre, where the combination of size and feature set fits really well.”

More information on Ayrton Diablo and Ayrton’s full range of LED lighting can be found at www.ayrton.eu

For more information on Mischief, visit MischiefComedy.com, or to find out where Magic Goes Wrong is currently playing visit MagicGoesWrong.com. 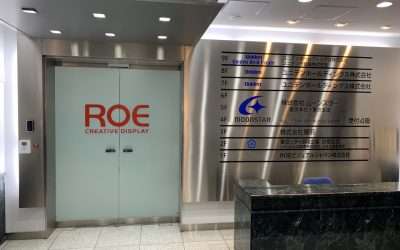 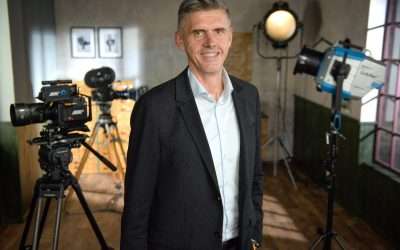 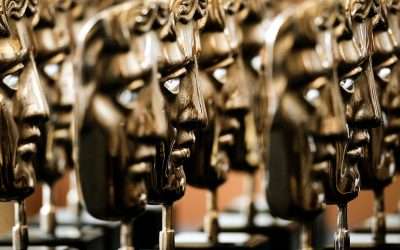