Ayrton, which celebrates its 20th Anniversary this year, will be exhibiting its latest ground breaking LED lighting products on the stand of its exclusive UK distributor, Ambersphere Solutions (Stand C11).

New for this year and being exhibited for the first time in the UK are Cobra, Zonda 9 FX and Domino LT. All three of these products have enjoyed phenomenal success on the plethora of tours and festivals that have taken place worldwide since their launch.

Cobra is Ayrton’s first laser sourced, IP65 rated fixture. Designed for rendering a D65 white point that allows perfect colour reproduction, Cobra is the only luminaire on the market capable of illuminating an object several kilometres away. With an output of 386,000 lux at 20m, an unprecedented 38x zoom ratio and an incredible zoom range of 0.6° to 23°, it also exhibits a native contrast never achieved before by a digital light source. Possessing continuous pan and tilt, a highly innovative colour section and unrivalled graphics capability (including 92 gobos, four prisms and an extreme range of focus (XT-Focus) which permits the beam shape to be adjusted according to the operating distance), Cobra is also IP65 rated and housed in an extremely compact body. 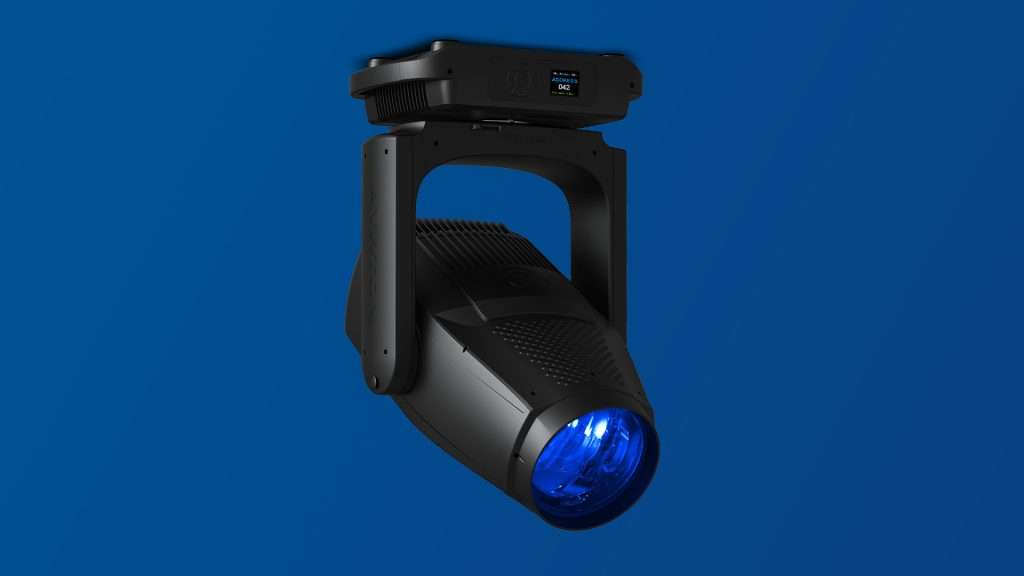 Domino LT is the first all-terrain LED luminaire in Ayrton’s ‘LT’ (Long Throw) range, and is designed for intensive outdoor use in long-distance applications that require high precision. Unrivalled on the market, this IP65-rated 1000W, 6700K profile fixture has a 225mm front lens and 3.5° – 53° zoom capability and delivers an output of 51,000 lumens. Sleek, clever and hardy, it combines the minimalist design of Domino Profile with the colour mixing capabilities of Huracán Profile and the IP65 weather-proofing of Perseo. It is fast becoming the go-to fixture for large scale outdoor tours.

Zonda 9 FX, and its sister Zonda 9 Wash, are astounding units that allow designers a whole new dimension of creativity, backed by unique optics resulting in performance not possible until now. They are the first in a family of sleek, powerful and uncompromising wash fixtures designed for stage lighting. Each fixture has a flat face formed of 37 40W RGBW LEDs, each with a 50mm front lens, that deliver a 25,000 lumen output and 4° – 56° zoom – and in the case of Zonda FX, a high-definition liquid effect (LiquidEffects) between its main lenses which can create complex and stunningly beautiful graphic effects.

On a more compact scale, the ever popular Diablo and IP65 rated Perseo Profile will be on show alongside the Eurus Profile, the first multi-function profile launched under Ayrton’s SLIM-21 programme for miniaturising fixtures and reducing their weight.

And of course, no PLASA would be complete without a new product: there will be an exclusive product preview of Ayrton’s new Huracán Wash, the much anticipated sibling to Huracán Profile. Don’t miss the opportunity to witness this premiere outing on Ambersphere Solutions stand C11.

Ayrton is also proud to sponsor the We Make Events Campaign After Party & BikeFest London this year. More details at #WeMakeEvents #BikeFest2022