Atomos and Panasonic have announced the development of Apple ProRes RAW recording from both the LUMIX BGH1 and LUMIX S1 cameras. The LUMIX BGH1 box camera includes a Micro Four Thirds 10.2MP image sensor. It will record up to 4K DCI ProRes RAW when combined with the Atomos Ninja V. In addition to this, the full-frame LUMIX S1, together with the Ninja V, will be capable of recording up to 5.9K ProRes RAW.

Ninja V & Panasonic LUMIX BGH1
Panasonic LUMIX BGH1 is the new Cinema 4K box style camera recently released, composed of a modular and miniature form factor. When combined with the Ninja V, it will record up to 4K DCI ProRes RAW and up to 3.7K anamorphic RAW.
The camera’s small and compact size makes it perfect for gimbal and drone shooting, plus other areas like live streaming, vlogging and cinema production. Its Micro Four Thirds image sensor provides flexible lens options, affordable anamorphic capture and dual native ISO provide the next level of production utilising the power of ProRes RAW.

The Ninja V and LUMIX BGH1 combination can also work in sync for multicamera productions, and this is facilitated by the LTC and Genlock inputs perfectly complemented with the Atomos UltraSync One lightweight and cost-effective wireless sync system*.
Watch now the Beauty Video ‘Kernow’ shot on the LUMIX BGH1 & Ninja V in ProRes RAW 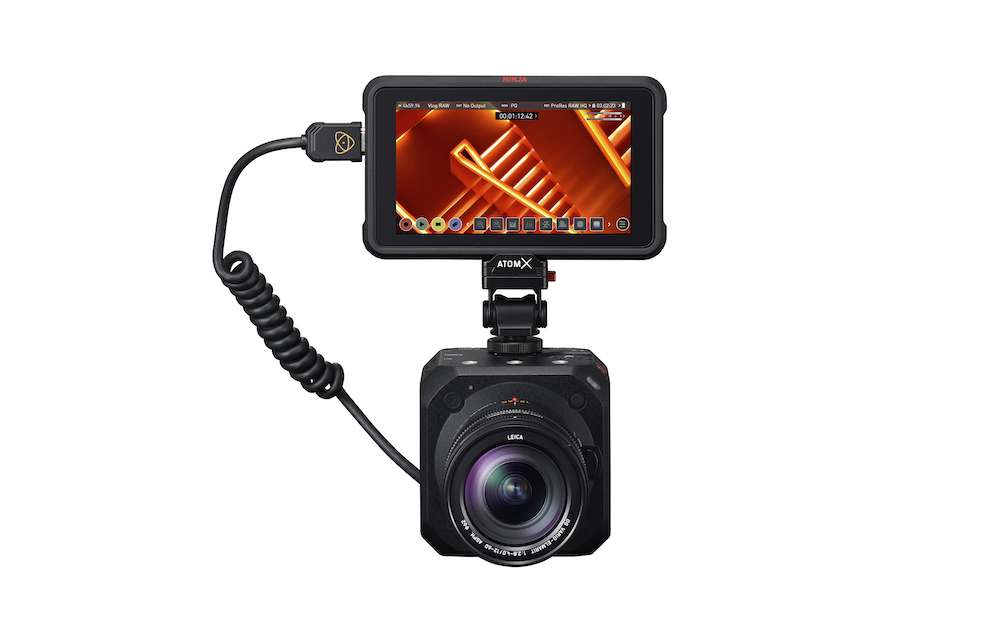 Ninja V & Panasonic LUMIX S1
The Panasonic LUMIX S1, Panasonic’s ultimate hybrid camera for full-frame mirrorless, shares the same ProRes RAW features from its big brother, the LUMIX S1H. It will, therefore, record up to 5.9k ProRes RAW when paired with the Ninja V. Add to this the support of anamorphic RAW; users can benefit from an even bigger world of cinematic opportunities when pairing the S1 and Ninja V.

In addition to this, the LUMIX S1 packs the essence of Panasonic’s conventional S Series cameras in a magnesium alloy full die-cast body with effective heat dispersion for stable long recording times. The S1 and Ninja V combination provides a powerful, cost-effective and compact-sized workhorse for the video professional and the aspiring video professional. 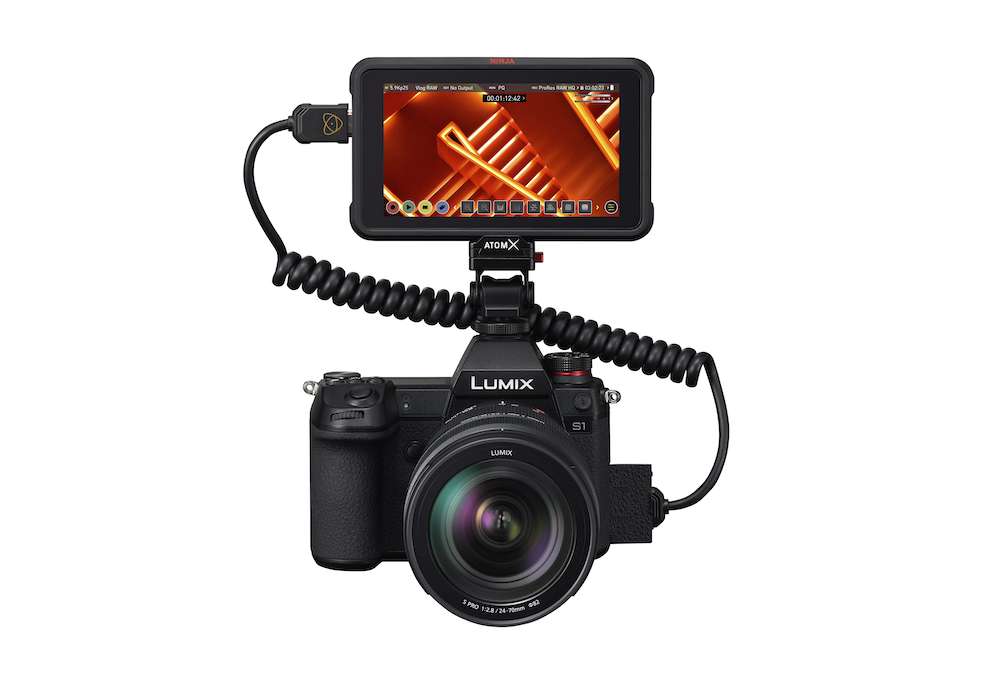 Ninja V advantage
The Ninja V allows users to accurately monitor the RAW signal on its daylight-viewable 5” 1000nit brightness HDR screen. Setup is simple when the camera is attached with perfectly tuned colour settings applied automatically. Users can then view the RAW image accurately in HDR in a choice of HLG and PQ (HDR10) formats. The Ninja V offers touchscreen access to tools like waveforms, 1-1 magnification and focus peaking, allowing them to perfect their RAW video. The Ninja V then records the ProRes RAW data onto a removable AtomX SSDmini or other SSD drives. When shooting is complete, the drive is removed and connected to a computer via USB for immediate offload and editing.

Jeromy Young, Atomos CEO, said: “I’m excited to be announcing not only one but two additions to the ProRes RAW family with Panasonic. This adds to our list of currently supported cameras from the Panasonic S Series like the LUMIX S1H and LUMIX S5.

ProRes RAW- the new standard for RAW
ProRes RAW continues to build momentum in 2021 with over 20 cameras supporting the Atomos and ProRes RAW combination, cementing its position as the industry standard for RAW video capture. ProRes RAW combines the visual and workflow benefits of RAW video with the incredible real-time performance of ProRes. The format gives filmmakers enormous latitude when adjusting the look of their images and extending brightness and shadow detail, making it ideal for HDR workflows.

*When configuring the UltraSync One Genlock mode, please set output type to 1080i-PSF mode regardless of camera resolution setting.