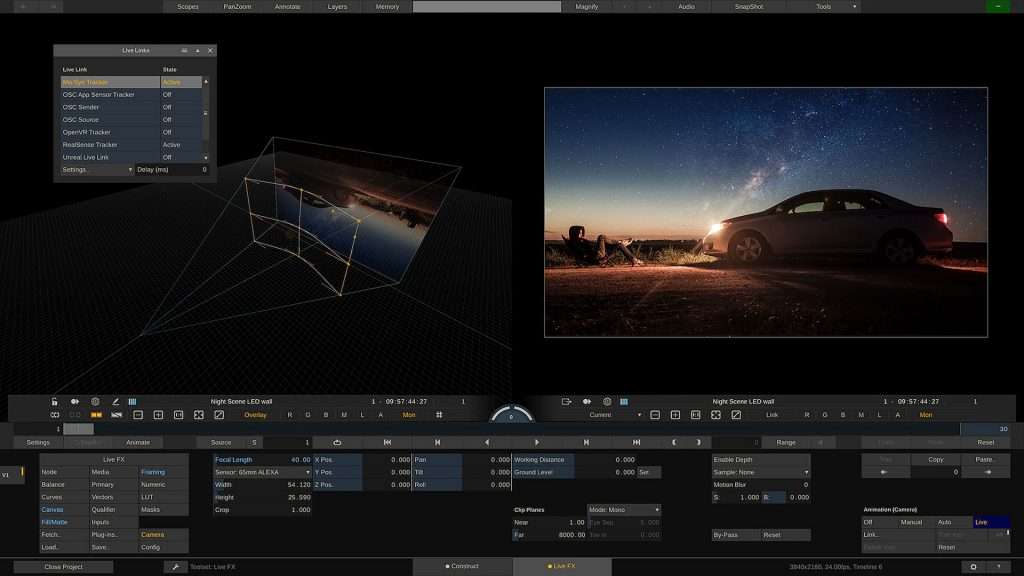 “Virtual production workflows are complex and still a pioneering field with the highest requirements. We’re happy to have collaborated with Brompton to create an amazingly straightforward and powerful workflow for DITs as well as VP operators,” said Jeff Edson, CEO, Assimilate. “As the traditional DIT role has evolved, they can now use Live Looks and Live Assist on-set with the 3D LUT control in Brompton’s LED video processors to easily handle live colour correction in the LED volume. Integrating remote control functionality for the Brompton LED video processors into Live FX further streamlines the process on-set. Together we are enabling the most efficient virtual production workflows at the highest levels.”

“When we added 3D LUT import to our API, Assimilate were one of the first companies we spoke to about integrating with our LED video processors. It’s always exciting to work with innovative partners such as Assimilate to solve real-world problems together for creatives working in virtual production,” concluded Hugh Davies-Webb, product manager, Brompton Technology.