Arsenal FX Color, the Santa Monica-based, full-service post-production facility, has opened a satellite location in New Mexico. Located in Albuquerque, the site offers dailies, colour grading, and finishing to television and film productions shooting in the state. In its first project, the Albuquerque facility provided dailies, colour and finishing services for Unbroken, a pilot produced by Universal Television and starring Scott Bakula.

Having successfully operated a satellite facility in Atlanta for years, Arsenal FX Color chose New Mexico for further expansion due to its recent emergence as a centre for film and television production. The state operates a competitive tax incentive program that offers a credit of up to 35 percent to productions. Arsenal FX Color is among the first and only full-service post house in the state.

“We saw an opportunity to get in on the ground floor in a state that is quickly becoming a hotspot for production,” said Larry Field, the company’s co-founder. “The state’s tax incentive program, combined with its natural beauty, make it a very attractive place to shoot, but it could benefit from more post-production infrastructure, particularly for dailies processing and finishing. We look to fill that need.” 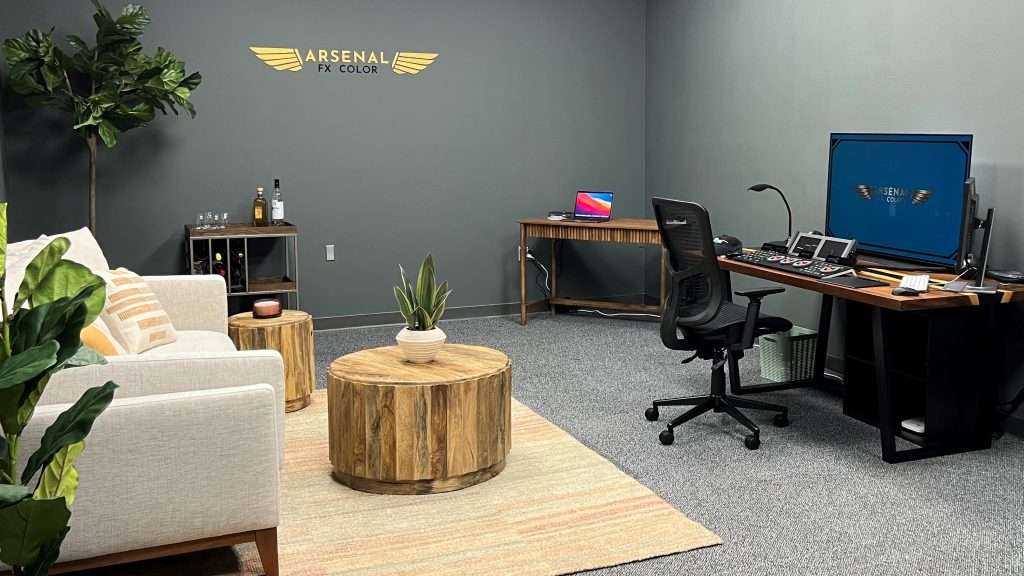 The Albuquerque facility is located within Oso Grande, a massive data centre and tech hub with a campus-like environment. The site features virtual workstations connected remotely to post-production resources and storage at Arsenal FX Color’s main facility in Santa Monica. The virtual workstations can be configured to perform a range of dailies and post-production tasks.

“We can do virtually anything in New Mexico that we can in Santa Monica,” says CTO Josh Baca, who designed and oversaw construction for the facility. “Our location puts virtually unlimited internet resources at our fingertips. We have also implemented biometric authentication and other state-of-the-security measures.” The company is in the process of hiring local artists and support staff.

Arsenal FX Color worked closely with the New Mexico Film Office and the Albuquerque Film Office in launching its new operation. “It was evident from the first conversations and a visit to their headquarters earlier this year that Arsenal FX Color would be an excellent fit for New Mexico — filling a need for dailies and finishing and bringing their top-tier expertise to our surging film, television and digital media industry,” said Amber Dodson, director of the New Mexico Film Office. “We’re very excited to welcome Arsenal FX Color to our beautiful city,” says Cyndy McCrossen, who heads the Albuquerque Film Office. “With their high-end talent and lengthy experience in working with studios and independent producers, Arsenal FX Color provides much-needed support to streaming and network series, and independent film productions.” New Mexico has recently hosted series productions for Netflix, Disney+, Paramount+ and AMC.

Arsenal FX Color VP/director of business development Cortney Haile says that the Albuquerque location is part of the company’s broader plan to establish its presence in underserved production markets. “We want to be wherever people are shooting,” she says. “After learning about the big push that New Mexico is making to bring productions to the state, we chose to establish a permanent brick and mortar presence to accommodate that new work. It’s exciting to see how much the state is investing in the industry. We believe production and post-production is going to continue to thrive and grow.”

Haile adds that Netflix recently committed to building another 10 stages, doubling its footprint in Albuquerque and that other studios have plans to expand activity in the state. The state and local film offices are also backing programs to educate and train local talent. “It’s a very welcoming place,” Haile notes. “The people in the community are very enthusiastic about what we are trying to accomplish.”

Founded in 2010, Arsenal FX Color provides post services for television and film with recent projects including Rap Sh*T for HBO Max, Joe Pickett for Paramount +, Grey’s Anatomy for ABC and With Love for Amazon Prime. The company is currently building a new facility in Santa Monica.