Although the Sky Original supernatural crime thriller series The Rising, from Sky Studios, initially decided on virtual production for safety considerations, shooting in an LED volume enabled the production team to push their creative storytelling further, even within tight timescales.

“Motocross features heavily within the storyline. The lead character, Neve Kelly (Clara Rugaard), rides along country roads at night or alongside her father’s car, and even takes part in a fast-paced track race,” explains James Franklin, virtual production supervisor, Sky Studios. “Ed Lilly directed these scenes and wanted tight close-ups to capture the drama and emotions throughout, so even with stunt training, we decided it would be too dangerous to try and shoot on location.”

Production took place at ARRI Stage London in Uxbridge, a 708 m² mixed reality facility created in partnership with Creative Technology. The team had seven different setups to complete in just eleven hours. “It was certainly a massive challenge, but the thoughtful design and engineering of ARRI Stage London meant we could move swiftly between scenes by taking advantage of the stage automation and playback systems,” James Franklin continues. 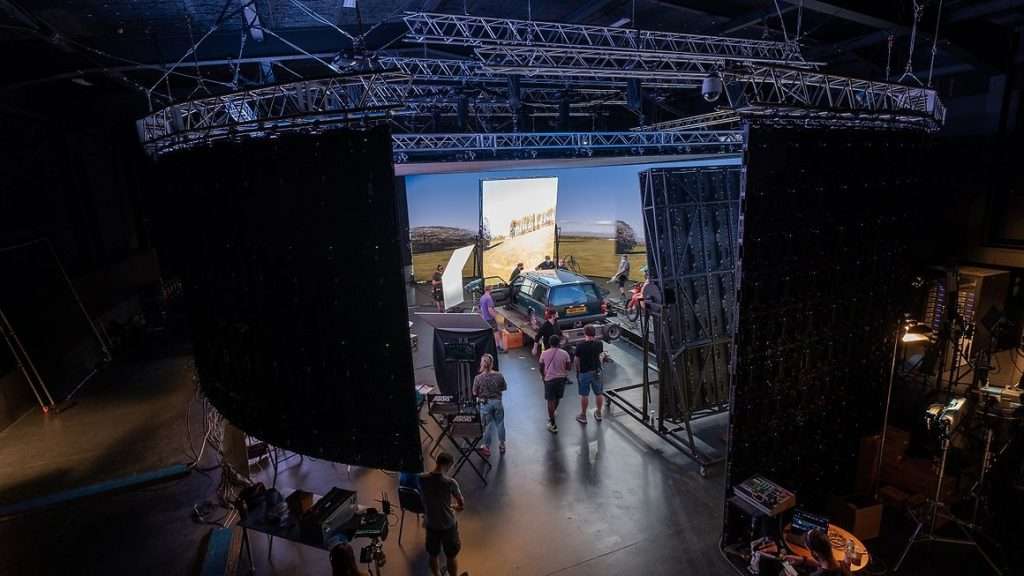 “We had to plan out the shots meticulously to suit the talent’s schedules and maximise the shoot day. The benefit of a virtual production environment is that you can reset in a matter of moments and be ready to go again with exactly the same lighting conditions and continuity.”

2D plates pre-shot on location were uploaded to the facility’s LED wraparound walls and ceiling to provide a photorealistic backdrop. These were complemented with professional lighting fixtures from ARRI including SkyPanels and Orbiters to provide authentic skin tones and highlights.

To create the dynamic and intense atmosphere needed for the nighttime road scenes, DP Dale Elena McCready BSC worked with a dolly that could be pushed right up to the bike. For the race scenes, the team also used a body-mounted suspension rig, which created a shaking and juddering feel, as the bikes sped over moguls and humps in the course. 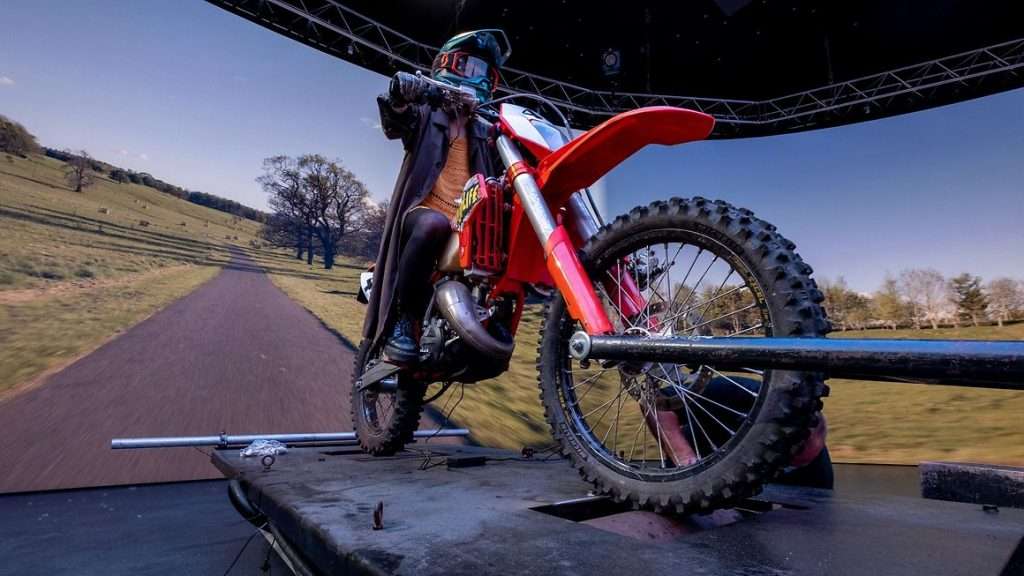 “It was a fantastic combination. Clara could react to the riders and action happening all around her, and Dale could put her front and centre of the shot, capturing every little flicker of emotion and creating something very visceral and almost intimate within an action scene,” the virtual production supervisor recalls. “There’s just no way that you could get those types of shot with a moving bike, let alone several all vying for pole position on a dirt racetrack.”

As each setup was completed, an onset editor dropped the shots straight into the timeline, allowing Dale and Ed to check that they were happy with how the scenes looked and also how they matched the location-based shots on either side, accelerating the postproduction workflow.

“This was the first time that Ed had shot in a volume and it’s fair to say he enjoyed the process,” concludes James Franklin. “Although there is a lot of integration and technical expertise going on behind the scenes, for the DP and director it doesn’t take long to get used to the environment. That leaves them free to focus on the performance, and even empowers them to try out options that may not have been possible, due to time, budget, or safety constraints on location.”