The ARRI Rental ALFA lens set comprises eight lenses ranging in focal length from 40 mm to 190 mm. Like the DNA lenses, they evolved out of artistic collaborations with filmmakers looking for new ways to tell stories and convey emotions. Available from ARRI Rental facilities worldwide, they are fast at T2.5 for most focal lengths, solidly built, and deliver a uniquely characterful anamorphic look for large format. 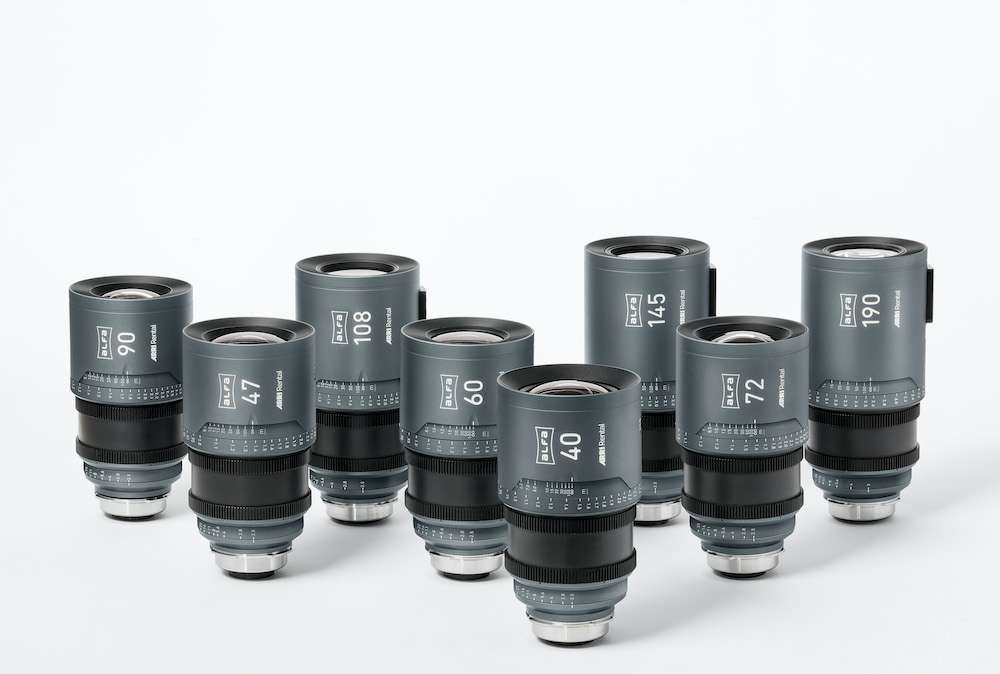 The original idea behind ALFA lenses emerged from ARRI Rental’s longstanding relationship with cinematographer Greig Fraser ACS ASC, who was also a key collaborator on the DNA lens program. In response to Fraser’s request for fresh large-format anamorphic options, ARRI Rental and ARRI worked together to modify sets of Master Anamorphic lenses. As well as adapting them to cover the larger format, ARRI Rental technicians customised the lenses internally in pursuit of specifically requested image attributes.

Greig Fraser ACS ASC comments, “The modifications we built into the Alfas brought out an entirely new dimension in the Master Anamorphics, with a nice vignette of softness around the edges but a super-sharp centre that we could degrade if required. What was nice about working with ARRI Rental was the focus and attention they gave us to achieve our goals. These lenses are incredibly different from, for example, the DNAs we worked on for ‘Mary Magdalene.’ ARRI Rental has been able to pivot and alternate their focus in the same way that I alternate my focus when I’m doing different projects.”

Further prototyping of the Alfa lenses took place with the input of German cinematographer Nikolaus Summerer, another old friend of ARRI Rental’s. Out of these collaborations, and extensive R&D within ARRI Rental, the specifications for a production series of Alfa lenses were defined. The robust, purpose-designed lens housings still contain Master Anamorphic glass, but accompanied by other bespoke optical elements and modifications that combine to create a look that is entirely new.

The ARRI Rental Moviecam lenses combine vintage glass and a cinematic backstory with modern, high-performance lens housings. Impressively compact and lightweight given their full-frame coverage, they come in 11 focal lengths from 16 mm to 135 mm and boast a T2 stop across most of that range. 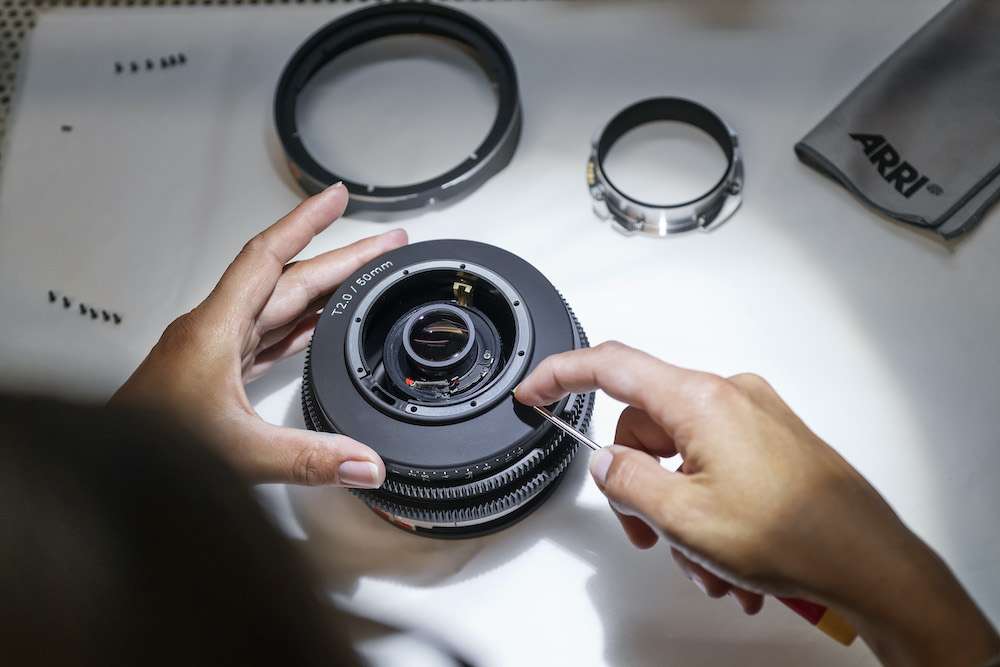 Moviecam lenses were first produced in the 1980s, using extremely high-quality donor glass dating from the 1970s. In the 1990s, ARRI acquired the Moviecam company and incorporated some of its camera technologies into the ARRICAM ST and LT, which were—and remain—the most advanced 35 mm motion picture film cameras ever produced.

While cameras were the focus of ARRI’s Moviecam takeover back in the 1990s, a quite different benefit has been pursued in the 2020s by ARRI Rental: the Moviecam lenses. Recognising their growing appeal to digital filmmakers seeking a vintage look, ARRI Rental has created a large number of consistent Moviecam sets, to be offered across all of its global territories. Following the original Moviecam design, ARRI Rental’s lens engineers have built the same 1970s optics into new lens housings.

Overall, the Moviecams are characterised by their combination of a vintage look with highly practical ease of use. Aside from the 100 mm and 135 mm at T2.8, all of the lenses are T2, though the 60 mm goes a stop further to T1.5, offering an additional option for low-light situations and bokeh-enriched portraits. Optical performance is consistent throughout the range, making it a great choice for cinematographers who want a vintage aesthetic but also complete freedom to explore all focal lengths without creating work for themselves in post. 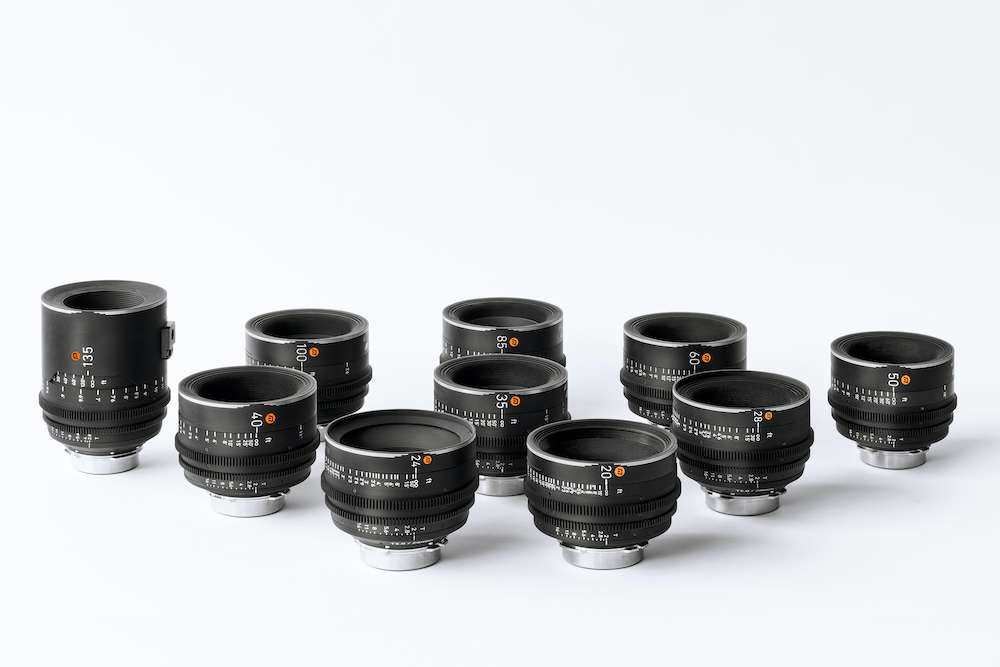 German cinematographer Christian Rein has used prototype Moviecam lenses on a series for Netflix and an upcoming movie, commenting: “I like the quality of the vintage Moviecam glass, which looks very organic and soft, but without losing detail or drawing attention to itself. The Moviecams are very forgiving on the skin. The roundness of the lenses is outstanding, the bokeh looks very naturalistic, and if they flare, it doesn’t look as technical as with other lenses.”

Both the Alfa and Moviecam series are LPL-mounted and incorporate LDA chips for efficient lens data workflows, making them suitable even for VFX-heavy productions. The lens housings are manufactured in-house at ARRI Rental, incorporating all of the lens development team’s experience creating and customizing diverse optics for clients. Highly uniform in size and lens ring placement, the Moviecams and Alfas are as fast and easy to work with as any other modern cine lens series.