At the 74th Engineering, Science & Technology Emmy Awards ceremony on September 28, 2022, in Los Angeles, ARRI was honoured with the Philo T. Farnsworth Corporate Achievement Award. With this prestigious accolade, the Television Academy recognises the company for its more than a century of designing and manufacturing camera and lighting systems as well as its development of systemic technological solutions and service networks for a worldwide complex of film, broadcast, and media industries.
Accepting this prize, named after the American inventor and television technician Philo Farnsworth and presented since 2003, was Dr. Matthias Erb, chairman of the ARRI executive board: “On behalf of all ARRI employees, I thank the Television Academy for this tremendous honour. The Philo T. Farnsworth Corporate Achievement Award is a very special accolade since it recognises the entire history of our company. Since its inception, ARRI has been dedicated to creating the very best tools and solutions for the global production community. This award spurs us on to continue actively shaping the future of television.” 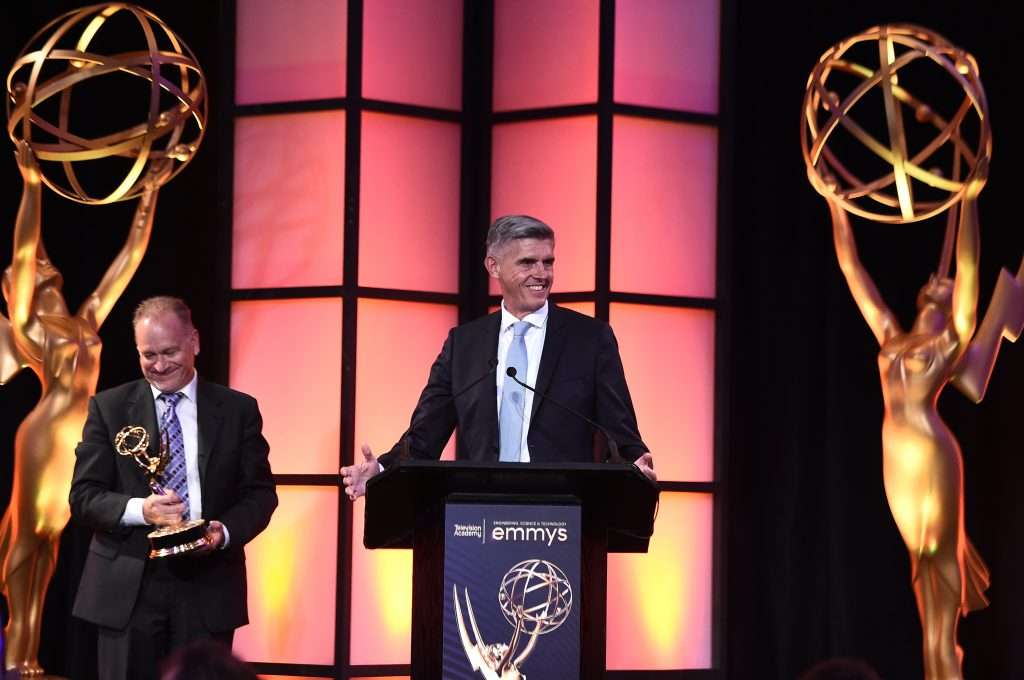 This year’s Philo T. Farnsworth Corporate Achievement Award winner was decided by a jury from the Television Academy consisting of television engineers: “Industry professionals have long relied on the stability and versatility of ARRI equipment in a portfolio that includes digital cameras, lenses, camera accessories, archive technologies, lamp heads, and lighting accessories. Along with offering exclusive technologies, ARRI Rental’s services and equipment provide camera, lighting, and grip packages to professional productions,” informs the jury’s statement. And further: “ARRI cameras have connected the creativity and technology that have made filmed entertainment the premier medium of our time. Dedicated to maintaining its place in the forefront of the development of future technologies for the capture of moving images, ARRI has been at it for 100+ years…and counting.”
The Philo T. Farnsworth Corporate Achievement Award already marks the fifth separate occasion that the Television Academy has recognised ARRI. Most recently, ARRI was presented with an Engineering Emmy for its SkyPanel family of LED softlights in 2021 and for the ARRI ALEXA camera system in 2017. 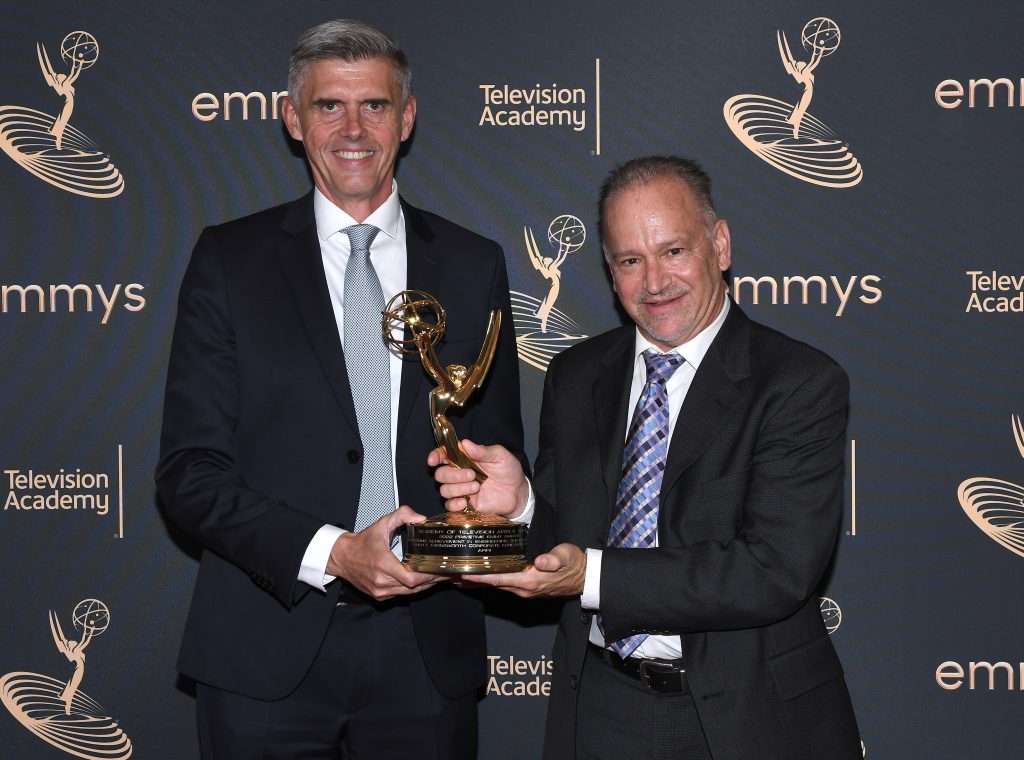 Dr. Matthias Erb, left, and Glenn Kennel from ARRI pose for a portrait with the Philo T. Farnsworth Corporate Achievement Award at the 74th Engineering, Science & Technology Emmy Awards on Wednesday, Sept. 28, 2022 at The Maybourne in Beverly Hills, Calif. (Photo by Vince Bucci/Invision for The Television Academy/AP Images)

With its Engineering, Science & Technology Emmys, the Television Academy recognises individuals, companies, or organisations for outstanding developments in broadcast technology. “Innovation is a vital part of television production. And the talented engineers, scientists, and technologists we have recognised are essential to the growth of our industry,” comments Frank Scherma, chairman and CEO of the Television Academy. “These pioneering companies and visionaries have leveraged the power of technology to elevate television and storytelling in fundamental ways.”
Recent series—and Emmy winners of 2022—include Succession, Ted Lasso, The White Lotus, and Euphoria, all of which were captured with ARRI technology and serviced by ARRI Rental.