The Green Knight is visionary filmmaker David Lowery’s interpretation of the late 14th-century chivalric poem, Sir Gawain And The Green Knight. The mystical and frequently hallucinatory film, starring Dev Patel, has been acclaimed as one of the most memorable and mesmerizing films of the year, with American cinematographer Andrew Droz Palermo, charged with shooting Gawain’s disorienting physical, mental and emotional odyssey.

It’s Christmas in the court of King Arthur. But the high-spirited merriment at the Round Table banquet is interrupted by the sudden appearance of the mysterious Green Knight, part-man part-tree, who enters the great hall with a challenge. Whosoever can behead him will gain everlasting glory, but only on the condition that, in twelve month’s time, the person who carried out the deed must journey to his Green Chapel and accept the same fate themselves.

Sir Gawain, Arthur’s reckless and headstrong nephew, accepts the challenge, and decapitates him with one blow, at which the Green Knight picks up his severed head and leaves, laughing as he reminds Gawain of the appointed rendezvous. The impulsive Gawain embarks on a daring quest across the country to confront his nemesis. During his struggles to keep his side of the bargain, Gawain contends with ghosts, giants, thieves, scavengers and a talking fox, in what becomes a deeper journey that defines his character in the face of temptation, seduction and tests of nerve, and proves his valour in the eyes of his family and the kingdom.

“David’s script was my first introduction to the story, as I had never read the classic poem, and prefer not to colour my imagination or thinking by reading original novels or books,” says Palermo, who initially met Lowery through the Sundance Institute Producers Lab initiative, and went on to shoot the director’s widely-acclaimed A Ghost Story (2017), on a budget of just $100,000.

“However, David writes his scripts so beautifully, including notes about the camera direction and cinematography, that it was very easy for me to see his creative intentions about the mystical visual storytelling he wanted. As we discussed the project in more detail he told me he wanted The Green Knight to have a big budget look, and not to be stuck back in time. He also challenged me early-on to make this medieval movie feel as 3D as it possibly could, but without it being shot in 3D, which I took as meaning the image needed depth.” 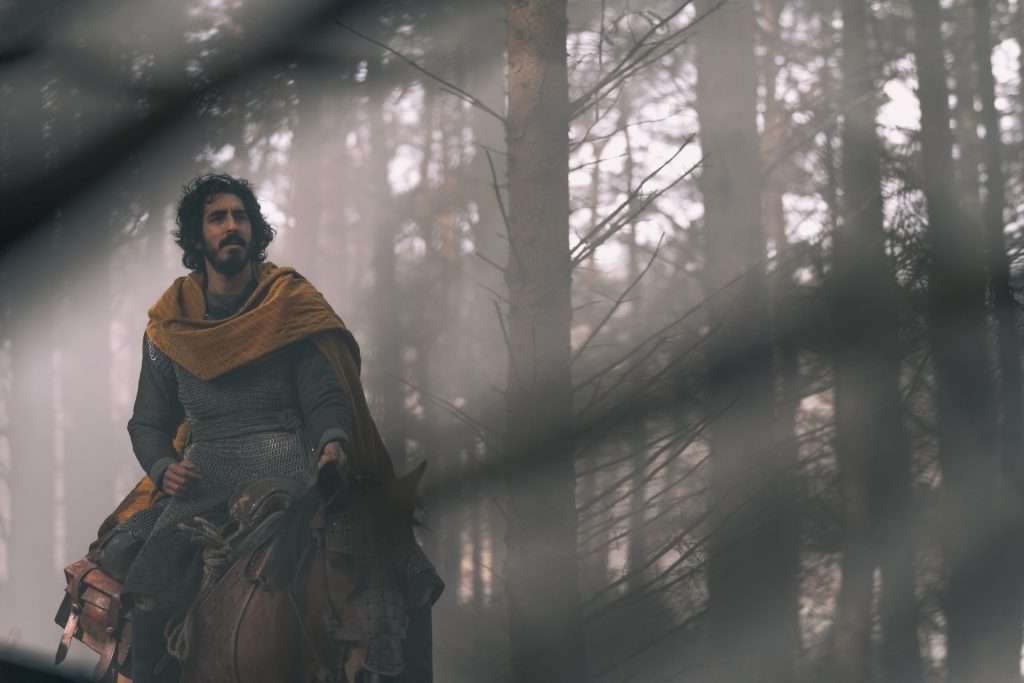 Along with extensive location scouting around Ireland to absorb the natural environment for the film’s many bucolic exteriors, Droz Palermo says also he made a point of watching every single King Arthur and Round Table-related movie, both old and new, that he could lay his hands on, “to see how we might position against them, or use the strengths of those movies. One of the more informative things that came out of this was seeing how ridiculous some performances can be in armour, and how, if we were not careful, it might end-up looking like a theme-park Renaissance Fare with cheap costumes and bad props.”

Some of the visual references that Droz Palermo found helpful to the cause included the Shakespearian comedy drama Chimes At Midnight (1965, dir. Orson Welles, DP Edmond Richard AFC) for the dynamic depth in its wide and tight framing, and the Czech historical drama Valley Of The Bees (1968, dir. František Vláčil, DP František Uldrich) for the impact of its symmetrical compositions and the graphical quality of Anamorphic lensing.

In one of The Green Knight’s most eye-catching sequences, Gawain wanders through the forested wilderness amid a thick yellow fog as he approaches the Green Chapel, which was partially inspired by, and is a feverish homage to, the orange-tinted river sequence in Apocalypse Now (1979, dir. Francis Ford Coppola, DP Vittorio Storaro AIC ASC). 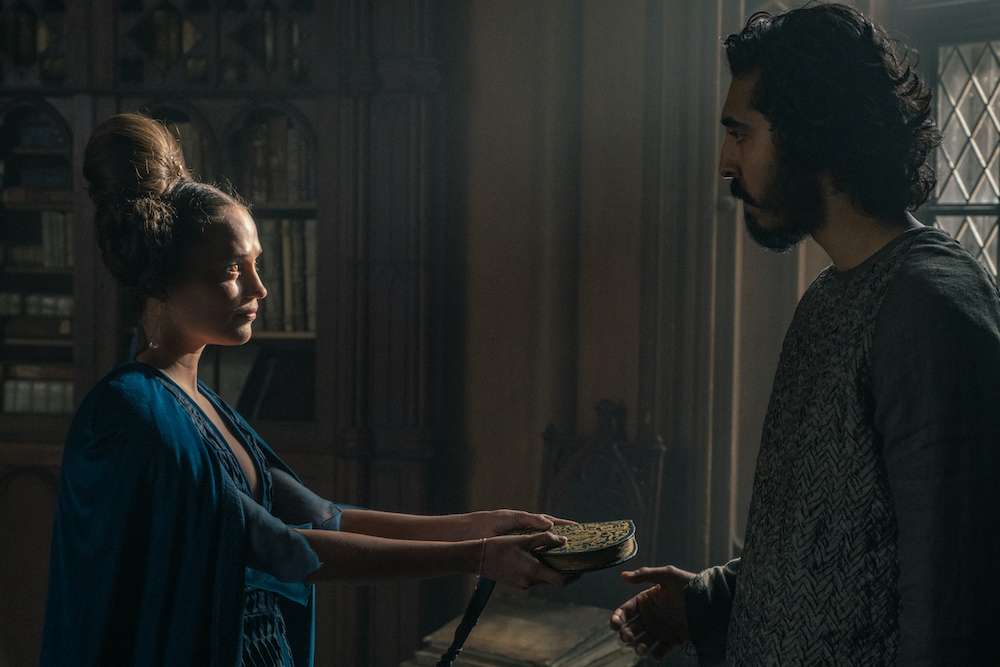 The Green Knight was framed in 1.85:1 aspect ratio using a package of ARRI Alexa 65 large format camera, plus ARRI DNA and T-Type lenses, supplied by ARRI Rental in London.

“We always wanted to shoot this movie in large format for the sense of cinematic scale it gives, and the way close-ups can be rendered without things in the background feeling distorted or disconnected. We could shoot incredibly wide, using a 10mm and 12mm lens, and be very close to a character, yet create a sense of depth and maintain their relationship with the location,” he explains.

“We went for central framing, which is very powerful when you are observing one person. Nearly the entire sequence at the end of the film, where Gawain is imagining what future could be, was centre-punched, and the imagery became all the more striking by using the T-Type lenses, which have really extreme fall-off on the sides. Another good example, is when Gawain’s bride stands in the court with her handmaidens. She’s the only thing in focus even though there are other people on the same focal plane at both sides of the frame.” 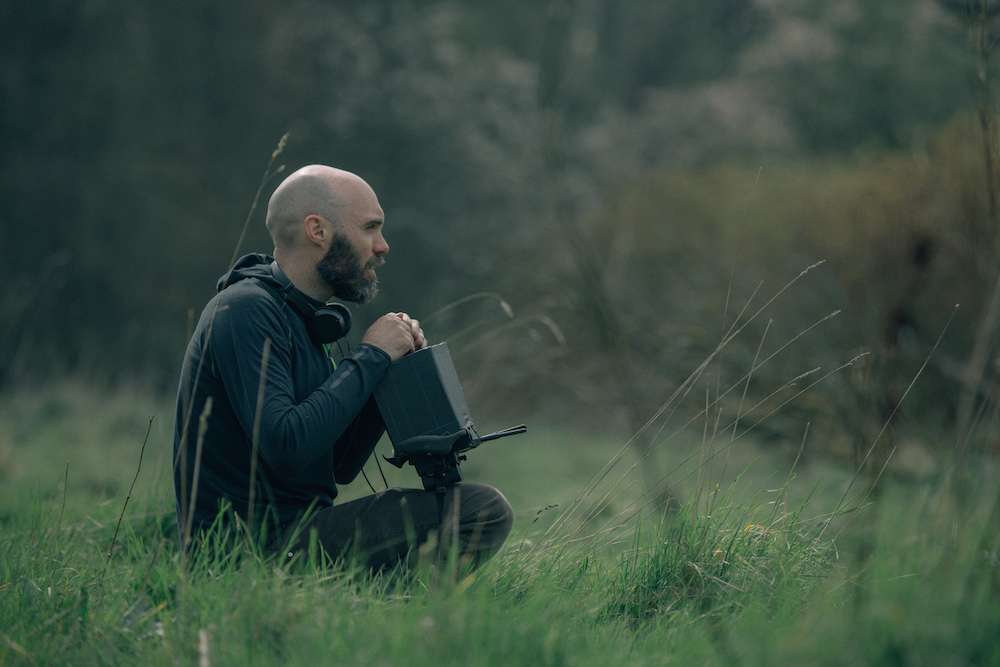 Based out of Ardmore Studios in Bray, County Wicklow, Ireland, principal photography on The Green Knight began on March 7th 2019, wrapping 48-shooting days layer in June. A good many suitable rural, rustic and fortified locations were found within 90-minutes drive from the studios, around the counties of Wicklow, Dublin and Tipperary, including the castles of Cahir, Braemore and Charleville Forest. Sets including the great hall, farmhouse cottage and Gawain’s home, were constructed under the auspices of production designer Jade Healy.

The Green Knight was chiefly a single camera shoot, apart from the great hall banquet and round table conversation scenes, when a second camera was draughted-in. Droz Palermo operated A-camera, with Cormac O’Maille and David Boyle supporting as 1st and 2nd assistants respectively. US operator Michael Wilson provided his skills on Steadicam and as 2nd unit DP, with Greg McGuinness also working on Steadicam in the movie’s latter stages. The DIT was Niall O’Connor, who helped with data wrangling and on-set grading tasks. The key grips were Darrell and Philip Murphy, with Barry Conroy in charge of lighting as the gaffer.

“Apart from Michael, my crew were all Irish, and they were great,” exclaims Palermo. “They have considerable experience of working on massive films and TV series that shoot regularly in Ireland, and I was spoilt by their genuine kindness, enthusiasm and humour, as well as their talents.”

As regards the lighting Droz Palermo says, “During that period of history, the bowels of any interiors would have been incredibly dim, with the sun, fire or candle light being the only sources of illumination. So I tried to hold on to that with single-source, single-direction lighting as much as possible. However I did need to add some fill, sometimes with a balloon or SkyPanels here and there, in the bigger spaces, and had 18K HMI or Wendy lights pushing-in daylight from outside. I like mixed colour temperatures in the image, so I let the daylight go cool, the fire/candle light be warm, and soft-lit faces between 4,000 and 5,000 Kelvin.

“Shooting the great hall scene at the beginning of the movie was tough as the beats in the action took place across 90 different set-ups, which we shot over four days. There were many different magical and mysterious lighting conditions to achieve depending on the moment, and it always had to look beautiful. I had never lit a stage that big before, and keeping on top of how the lights had to change between scenes, and the relentless shooting pace, was hard.”

Along with the CG-animated fox, the movie’s atmospheric VFX were done by Lowery’s go-to VFX supervisor Eric Saindon and the team at Weta Digital in New Zealand. This work encompassed composites with practical elements, subtle environmental enhancements and set extensions, all matching the original cinematography, and in support of the mystical storytelling in different ways. 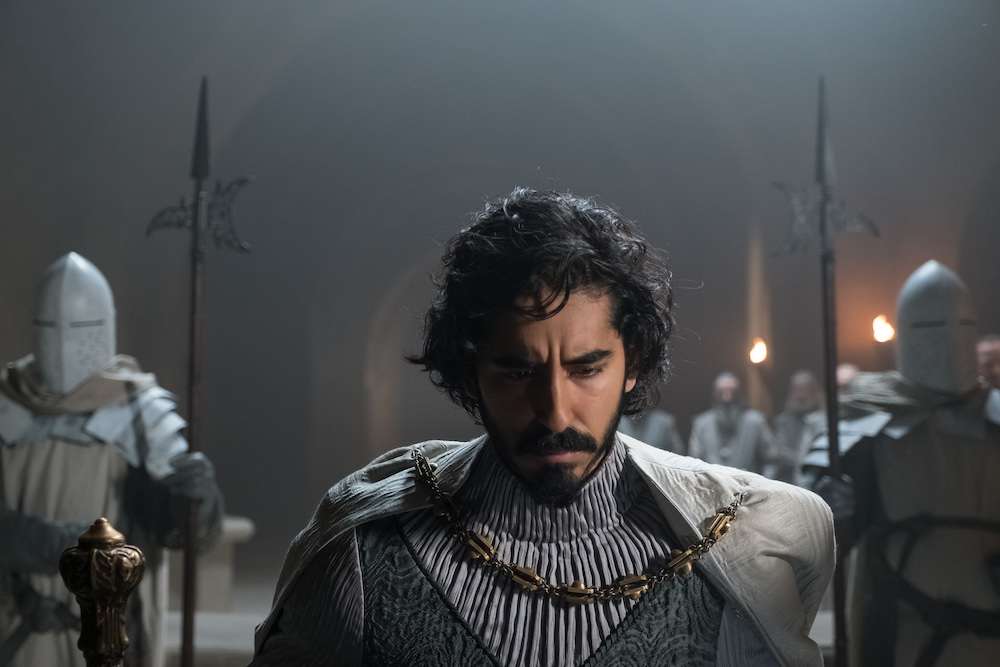 One particularly hallucinatory, time-travelling moment in the film, when Gawain is bound and tied in a forest, was shot by Palermo as a single 180-degree arc, filmed at 120fps. The team at Weta evolved this into a subtle, time lapse sequence, by compositing it with separate 360-degree rotation of the scene, changing the foliage in post between winter and summer seasons, along with Gawain himself transforming into a skeleton a back.

“David likes a fluid image for his montage work, and we made some strong and bold choices about moving the camera, says Droz Palermo. “We generally shot with a camera head that I could operate on a jib arm, using the dolly on tracks to create all manner of shots where the camera arcs, pushes-in and pulls-out, or had some big swings with a Technocrane.

“We went handheld briefly out of necessity, when it had been raining and the level of mud meant that Gawain and his horse could not follow the line we intended. So I felt that was done best with the camera on my shoulder.”

Droz Palermo complete the final colour grade with Alastor Arnold at FotoKem in Los Angeles, where he says one of the thrills was enhancing the ping of light in the Green Knight’s eyes to give him a sense of human presence. Stand by to be bewitched!