Living in a sleepy seaside town, and working in a dreary benefit claims office, Kate finds herself seduced by the cheeky grin from a swaggering, charismatic ex-con with peroxide blonde hair. High on infatuation, and with a string of failed relationships behind her, she is drawn to this mysterious man and dives headlong into romance, hoping he will provide the escape she so desperately desires from her tedious existence. However, it’s the start of an emotionally precarious journey that slowly begins to consume her, despite pressure from friends and family to see sense and find stability. 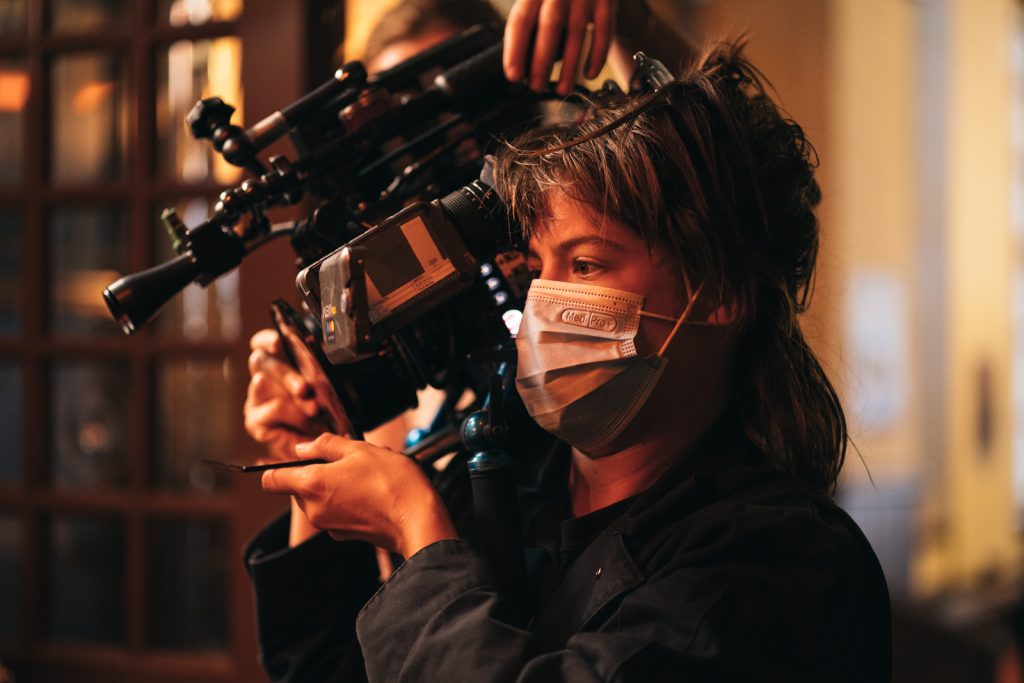 That’s premise behind the widely-praised True Things, directed by Harry Wootliff, and stylishly shot in 4:3 aspect ratio with a variety of intimate, boldly-expressionistic and psychologically-textured camerawork, by New York-based cinematographer Ashley Connor. 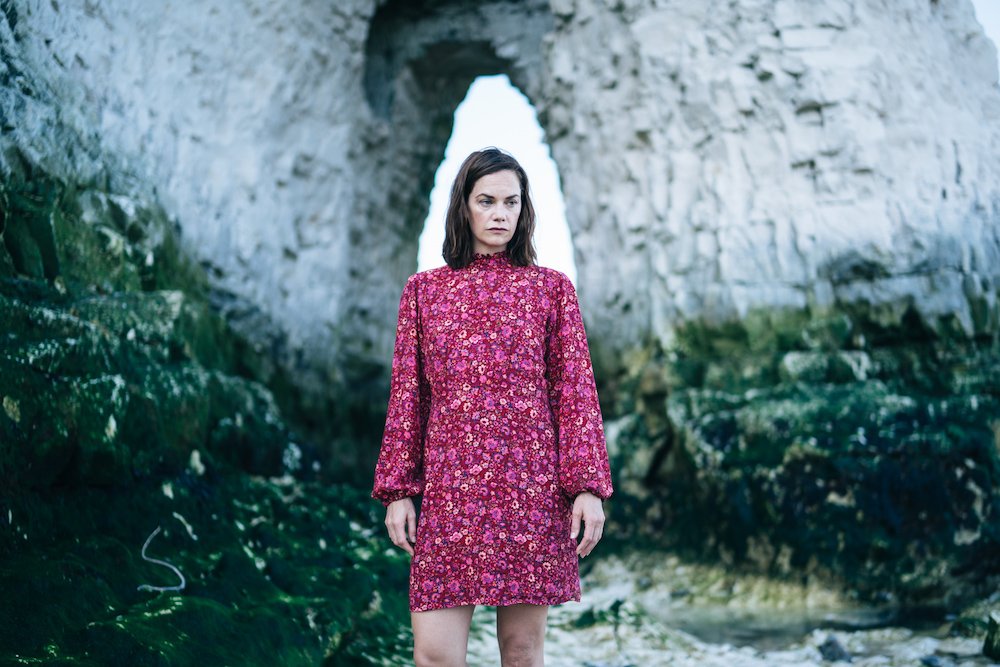 The film was originated from the 2011 novel True Things About Me by Deborah Kay Davies, and stars Ruth Wilson, who also optioned the book and co-produced, alongside Tom Burke. The screen adaption was co-written by Wootliff and Molly Davies, with production though The Bureau, BBC Films and the BFI.

“I hadn’t worked with Harry before, but she was aware of certain films I had shot, such as Madeline’s Madeline (2018, dir. Josephine Decker), which has a certain woozy, strange-looking visualisation through the camera,” says Connor who grew-up in Los Angeles and studied film at Ithaca College in upstate New York, where she reveals she divided her time between studying experimental filmmaking and shooting projects for fellow students. 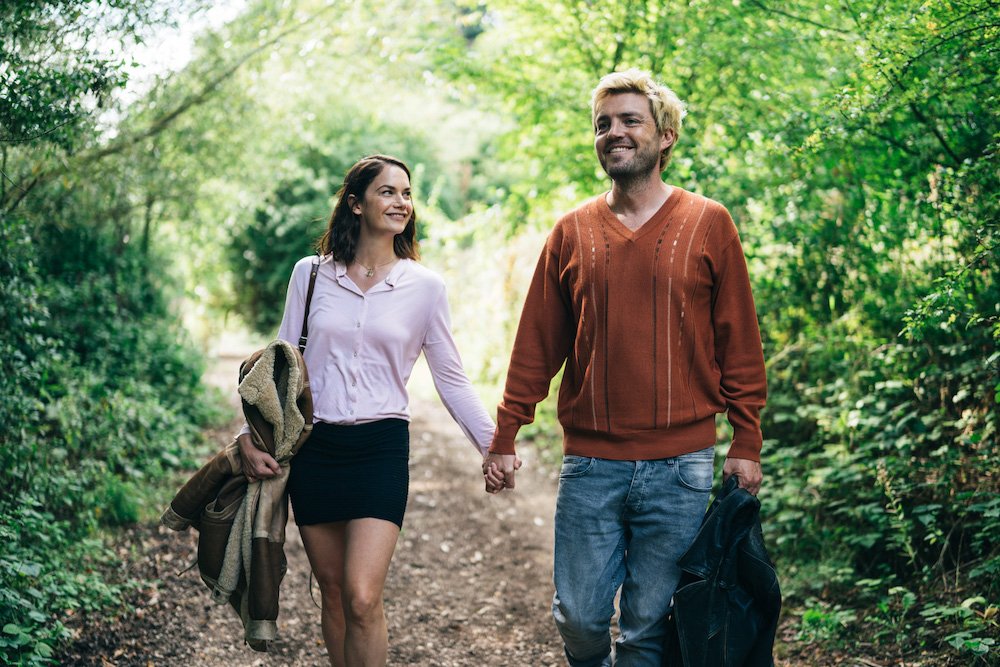 “I think my activated and experiential style of handheld operating on Madeline’s Madeline resonated with the intimate, character-based storytelling Harry had in her mind for True Things, and we were on the same page from our very initial discussion,” says Connor.

Explaining her attraction to want to shoot the film Connor notes, “I was really moved by Harry’s script and Kate’s character. I felt this was a very honest interpretation of what infatuation feels like, and that to me was very important. I think we can all identify with the shifting emotions as you throw yourself off the ledge into a relationship that you know is not healthy for you, but one that you still want to engage with, until you reach the point of realisation.

“Also, part of my career is about being in-conversation with the history of how we have traditionally viewed women, and how, as a cinematographer, I want to shift the way that we look at women and complex female characters. So I always approach my film work through that lens. It’s about bringing that into a contemporary space that gives women a different integrity in narratives. 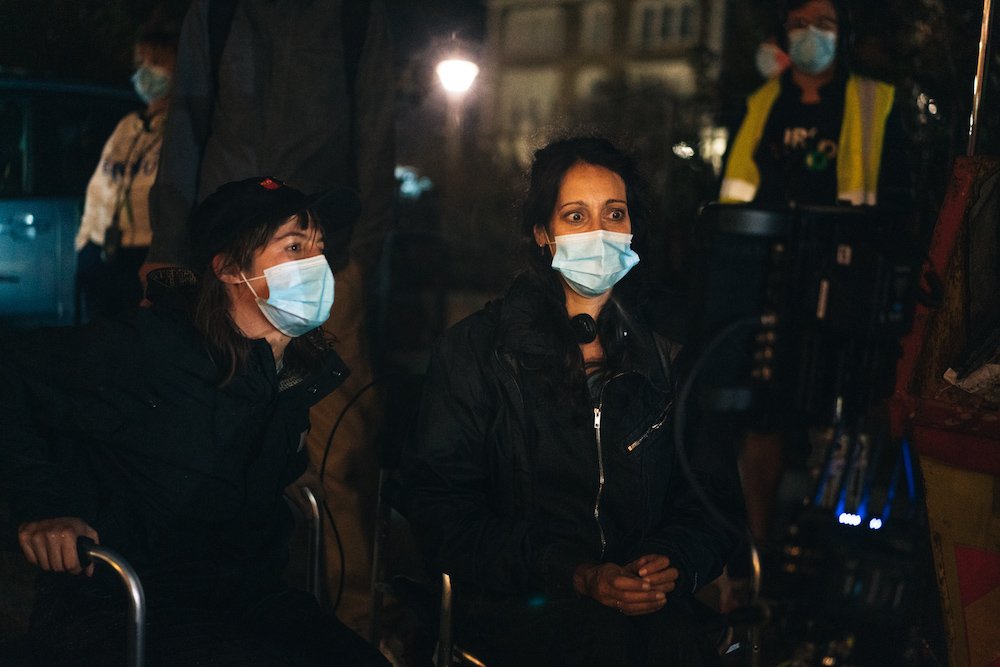 “So the cinematography on True Things was really aimed at showing the vulnerability of a female character in an authentic way. Harry and I went through the script page-by-page and emotionally shot-listed the whole movie, talking about what each line and each scene meant to the character and how to make the audience feel the same way Kate does at any one moment, be it real or fantasy, conscious or subconscious.”

During her seven-week prep period, Connor says she and Wootliff, who was in the early stages of pregnancy at the time, shared many cinematic references. These included character-focussed films by Lynne Ramsay and Claire Denis, that explore fragile connections between people and the ways in which seemingly inconsequential relationship can have life-changing effects. Music, by such recording artists as PJ Harvey, was also an aural backdrop to their creative deliberations. 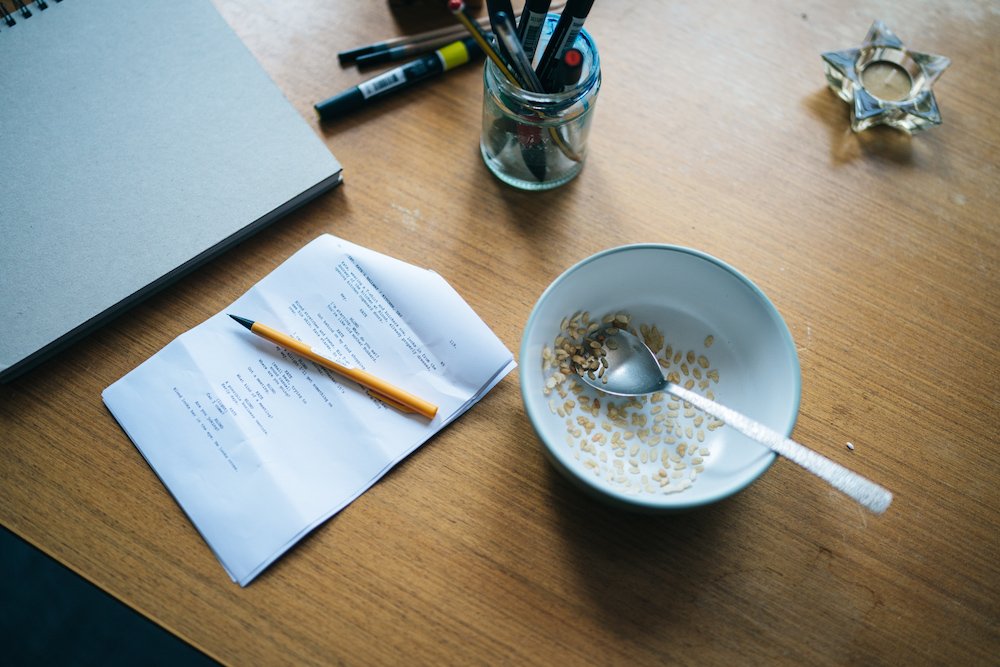 Connor’s camera package for the production was supplied by London-based rental house Pixipixel. This included an ARRI Alexa Mini, shooting in ProRes 4444 XQ and framing in 4:3 aspect ratio, combined with a Nikon AI-S lens set, rehoused by Zero Optik.

“The camera choice was very straightforward,” Connor says. “I usually shoot using the ARRI family because I like the workflow and the ergonomic build of the cameras. This film was very much about intimacy and the Alexa Mini was the best option for us to rig in cars and operate around small spaces. We shot 4:3 as we wanted Kate’s world to feel boxed-in and claustrophobic and, although wides can become a little complicated, it really lends itself to portraiture.” 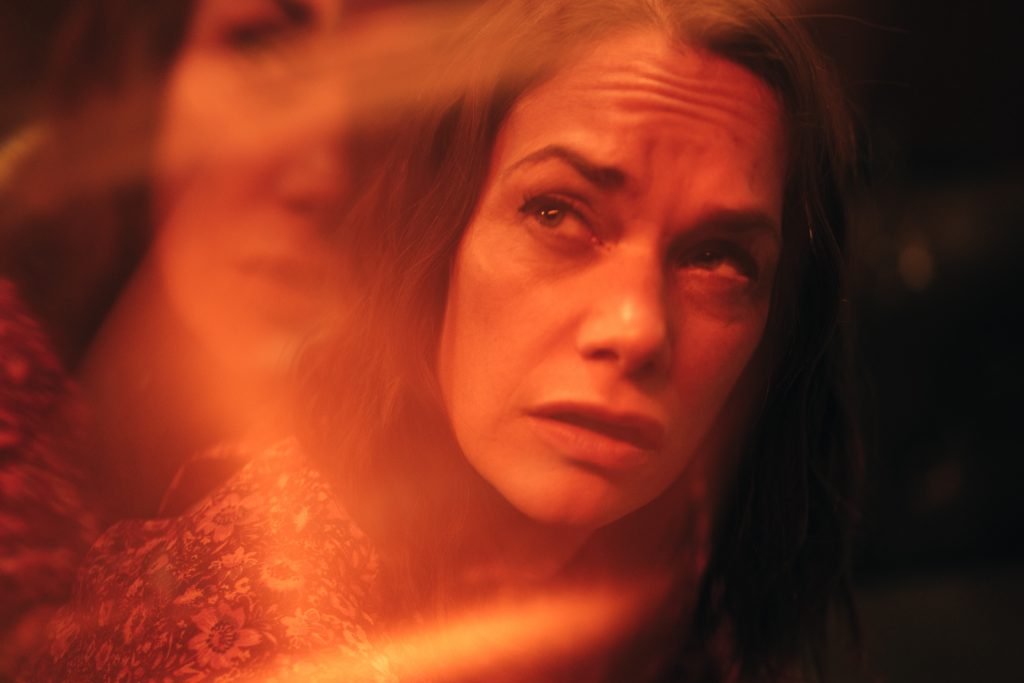 As for the optics, Nikon’s AI and AI-S lenses became hugely-popular amongst 35mm SLR photojournalists and fine-art photographers during the 1970s and ‘80s, for their technical excellence and soulful rendering, and they proved an attractive proposition as Connor and Wootliff considered the raw and candid looks they were after.

Connor remarks, “I enjoy working with boutique-style camera rental houses, such as Pixipixel, as they can really become a partner to cinematographers. On this project, I really appreciated the friendly and responsive support they gave me, especially when it came to finding lenses.

“I think Owen Tanner, the camera floor manager at Pixipxel, had seen Madeline’s Madeline and really took on-board the funkiness Harry and I wanted to bring to the image. He suggested the Nikon AI-S’s, which were really appealing as they offered good contrast, strong colour, modest flares and gentle halation when shooting wide open. As soon as I tried the 58mm, I knew it was the right lens for this film. It was just beautiful. We fell in love with how Ruth looked through those lenses, how they rendered the light, together with the texture and the softness they brought to the image.”

Principal photography on True Things commenced in March 2020, in-and-around the seaside town of Ramsgate, and the district of Thanet in East Kent, England. However, things ground to a resounding halt after just one week, due to the imposition of UK Covid-19 lockdown. Consequently, Connor flew back home to New York and was not able to return to the UK until August. After a ten-day quarantine on UK soil, Connor was able to resume shooting in September, which also included a two-week stint in Malaga, Spain, for the film’s denouement, before wrapping in late October.

“During lockdown, Harry and I had a lot of time to review and edit the footage we had shot, mainly scenes at the benefit claims office, which were purposely staged to look steady, formal and cheerless,” says Connor. “This gave us a fresh perspective and inspired us to be much bolder and crazier when production restarted. Although it was hard waiting to come back, it was great when I eventually reconnected with Harry, who had a five-week-old baby by then, and the crew with a brand new energy. 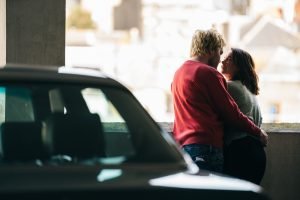 “I like working with directors who are open to being a little playful or experimental, and Harry is all of this. We wanted to be audacious with the camera work and colour, to show the ecstasies and agonies, the dizzying highs and depressive lows, of Kate’s emotional experiences, and sometimes veer into almost surreal directions for the fantasy scenes, without it being too on the nose.

“I’m somebody who’s very geared towards doing things in-camera. Harry gave me the freedom to experiment – and the luxury of failure – to introduce all sorts of filters, mirrors, prisms and diopters to distort or funk-up the lenses. It was always about bringing people on the emotional journey with our main character.” 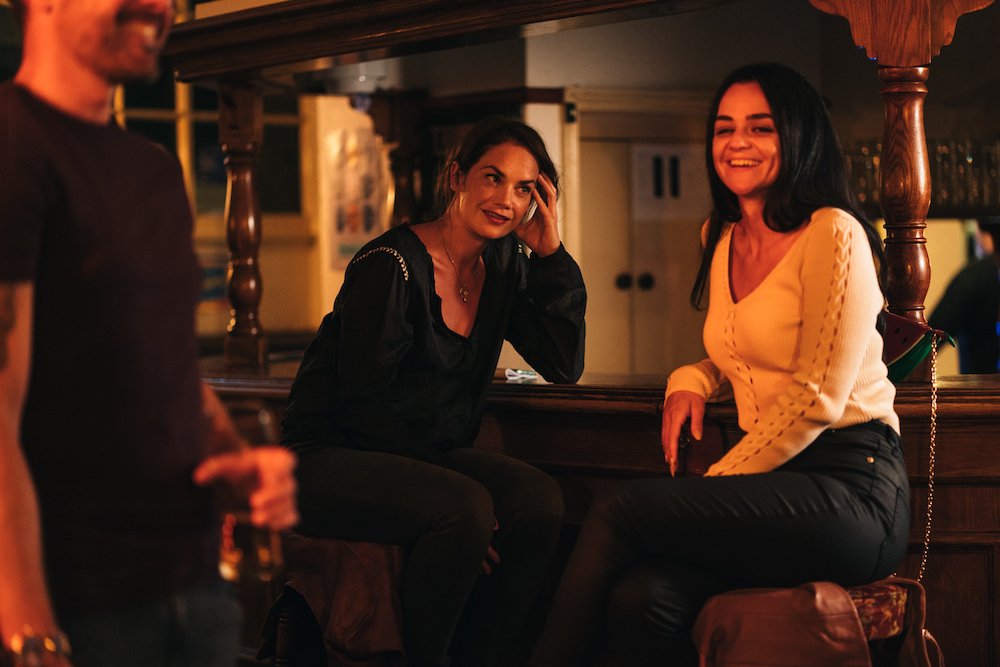 Quite often this would also involve extreme close-ups in combination with sinuous and highly-kinetic camera moves, which called upon the considerable skills of first AC David Pearce, often pulling focus remotely, and key grip Llewellyn Harrison.

“I love operating the camera, and the physical aspect of that is something I particularly enjoy,” says Connor. “I don’t use an EasyRig or anything like that, it’s pretty much on my shoulder. I might dip down, go on my knees, drag myself across the floor and then stand back up again. I’m processing the image, I’m processing story, and have to move with the performance. So my relationship and communication with the focus puller and the grips is so important when I am activated, because I know it’s not easy for them. 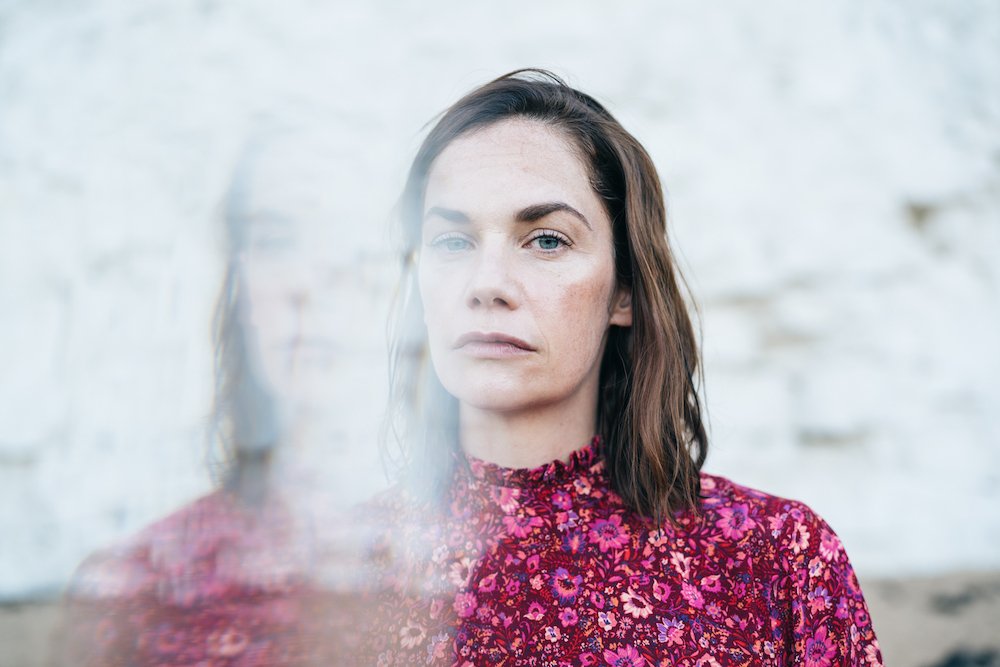 “I think the first couple of days were a little bit shocking for Dave and Llewellyn, watching me dance around Ruth, and were even more of a challenge because of all the Covid distancing protocols and PPE being worn. But we found our rhythm and our step really quickly, and they responded to my camera work in a way that I found really beautiful and emotional. Sometimes the focus was just about me gently rocking the camera back-and-forth in and out the focal plane for emotional purposes to challenge the eyes of the audience.”

Connor also appreciates the work of gaffer Ben Manwaring. “The plan behind the lighting was to create spaces where the actors could move freely, and was pretty far-removed from the scenario where you have time to block, light and fine-tune everything. Our approach was pretty simple, to play towards naturalism, to let most locations speak for themselves, but to heighten that, either with more intensity or colour, for the fantasy and frenzied moments. 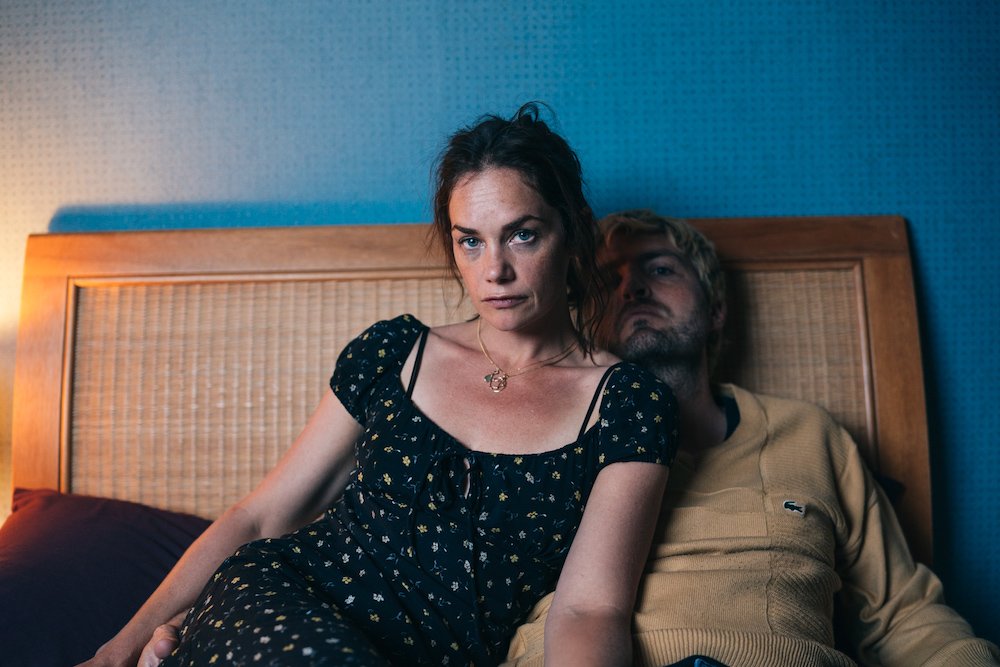 “I had not worked with Ben before, and he was game for the challenge of working with limited lighting resources. I think the biggest lamp we had was an 8K to push light through a window, with ARRI SkyPanel S30s and S60s, plus LiteGear LiteMats and Astera Tubes, to variously deliver colour or supplement areas that needed illumination.”

Connor completed the DI grade on True Things in-person alongside colourist Jody Davidson at Technicolor in London, (now a Streamland Media company), with whom she had created basic LUTs for day and night work on the film.

“We captured the looks we wanted in-camera, so the DI was really about matching, and making sure the tones, colours and saturations would sing and speak cohesively together, rather than pushing the pictures in other directions.”

Connor concludes, “I’m proud of this film because I’m always invested in creating new kinds of visuals and it certainly involved my more experimental side. Also, I really enjoyed working with Harry and Ruth, and think we accomplished what we set out to achieve – to portray the very emotional experience of a multi-layered character, and add to the changing landscape of female stories at that are so vitally needed.”