AGITO is a fully-remote system that can be configured to run on rails or have complete freedom of movement on a wheeled base. Where on-set Covid restrictions are applied, AGITO essentially can be used as a substitute for recreating the sort of stabilised handheld shots that would typically involve a Steadicam. 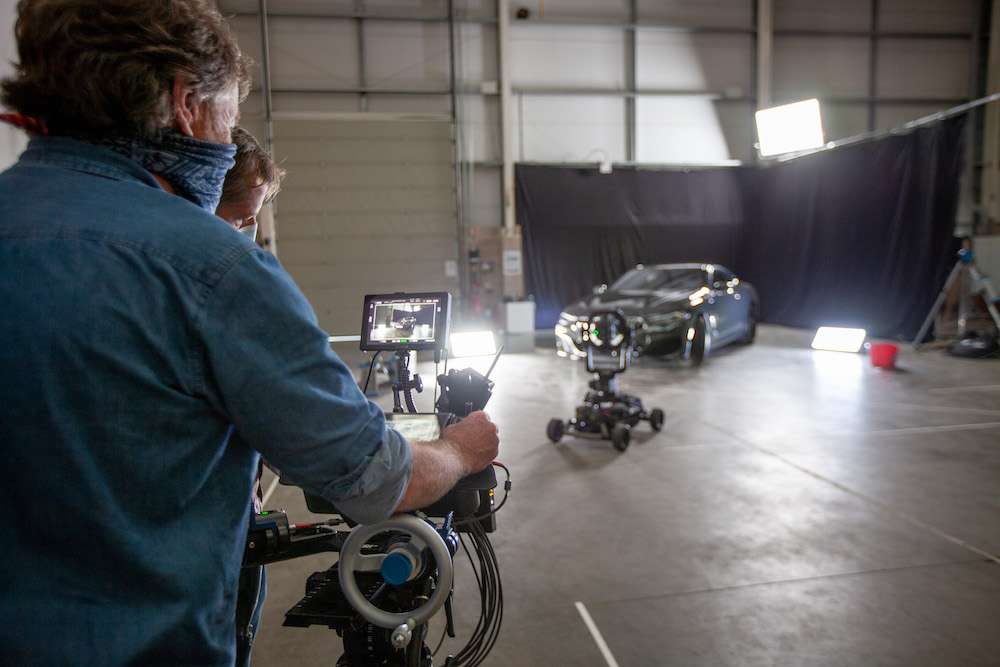 AGITO has been used live to interview sports stars on-pitch, for shots at Le Mans and NASA space launches, and it is now also being used film and broadcast shoots by DPs and camera operators. Working with ARRI, the company has also released BTS videos, showing the capabilities of the system.

“When we first launched AGITO two years ago, as the worlds’ first modular dolly system, we had no idea what difficulties the industry would soon have to face,” says Drewett.

“Even though times are tough, the fact that content is still being created shows the resilience and the ingenuity of the people working within it. And, it just so happens that, with AGITO we have an excellent tool for working on socially-distanced sets and ensuring that shoots can continue as scheduled.

“Given its ability to be mounted on wheels, rails, or even an overhead rail, a top speed of 32mph and a rise to two metres with an optional tower, means it it can be used for a range of creative purposes.

Charlie Rizek, Trinity and Steadicam operator on 1917 (DP Roger Deakins CBE BSC ASC) says, “We are currently working with very tight restrictions on shoots and require remote operation, so it is incredible to work with something like the AGITO.”

Jamie Harcourt ACO, who recently shot a demo for the system, mounted with an ARRI SRH-360 remote head, comments, “In our present state of pandemic awareness and relevant safety protocols, AGITO’s ability to safely and remotely attain close shots of actors without a crew member needing to be close by, and without resorting to long telephoto- type lenses which are often inappropriate in a drama situation – is very helpful.

“A perfect example of this is shown in the demonstration scene we filmed of the girl in the bed. No crew member was within the walls of the bedroom when we shot. Yet the camera tracks very close around the bed and ends up just three feet from her face. To my knowledge no other fully-stabilised camera tracking system is able to do that.”

AGITO’s usefulness in maintaining Covid compliance also applies in its set-up. It is lightweight enough that it can be transported, assembled and operated on-location by just one person.

Cinematographer David Baillie also worked on the ARRI shoot. “Social distancing is dealing a double whammy to creativity on film sets. Firstly, you lose all the creative energy that comes from the buzz of everyone being able to mix and share ideas with everyone else. And then there’s the second whammy of keeping the DP or operator away from the action.

“We’re still waiting for the dreaded bubbles to burst on the first issue. But the AGITO certainly helps with the second. If I have to be away from the action and the talent, then at least I know I can still get the lens there – just where I want it, with the movement, direction and height that I want too.”