DP Benedict Spence (The End of the F***ing World, The Blue Door) shot newly released seven-part series This Is Going to Hurt premiering on BBC One and BBC iPlayer. Produced by Sister (Landscapers, Chernobyl) in Association with Terrible Productions, This Is Going To Hurt is based on Adam Kay’s award-winning international multi-million selling memoir of the same name. The colour grade, online, and delivery were provided by Cheat. 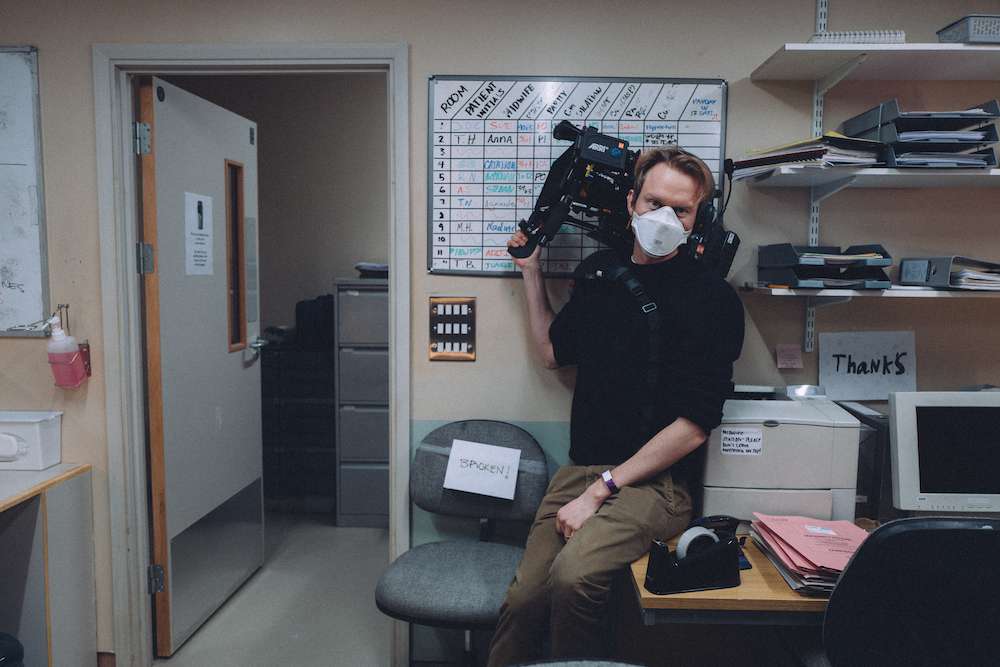 At times hilarious, at times devastating, the series follows Adam (Ben Whishaw – A Very English Scandal, Skyfall, London Spy), a doctor who we find wending his way through the ranks of hospital hierarchy – junior enough to suffer the crippling hours, but senior enough to face a constant barrage of terrifying responsibilities. Adam is clinging to his personal life as he is increasingly overwhelmed by stresses at work: the 97-hour weeks, the life and death decisions, and all the while knowing the hospital parking meter is earning more than him.

“My director Lucy Forbes and I aimed to create something which was intimate and immediate, but also crafted. Nothing which felt “documentary”. More of a “controlled naturalism” style, something which we started on the (Welsh BAFTA-winning) In My Skin. It’s not just the wide-lens handheld style that creates this intimacy, it’s also the way we shoot and cover scenes. You’ll notice we rarely cut to a wide shot of a scene. In fact, we rarely shot them at all. Our coverage starts with, instead of a wide shot, a single on Ben Wishaw (Dr Adam Kay). The camera will follow Ben throughout the scene, often going in and out of rooms, as if the camera was his best friend. The rest of the coverage is seen over his shoulder, placing the audience right in his shoes.”

“Our biggest lighting spend was around 250 Astera Titan tubes built into the set. All of these were sent back to a desk op. Each of the fluorescent fixtures in the set had a fake PAT test sticker and I could call out over the walkie talkie exactly the brightness and colour I needed and our op could instantly make adjustments to them. It was a big cost on a show with a relatively small budget, but it allowed us huge flexibility in crafting the look shot-by-shot, and allowed us to achieve some tricky technical moments. It also allowed us to work incredibly quickly on a tight TV schedule.” 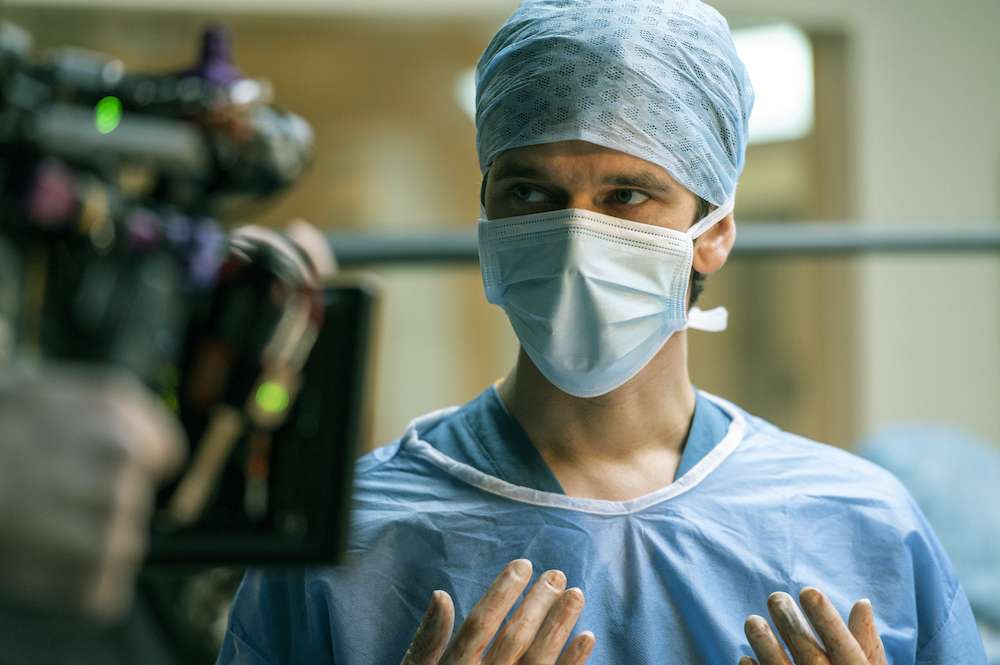 This Is Going To Hurt Photographer: Anika Molnar

“Camera-wise, we shot on the ARRI Alexa MiniLF. It has a large format sensor, which ARRI rate at 800ISO. After much testing with colourist Toby Tomkins, we decided to rate the camera at 2000ISO, more than double the manufactures specs. From the start I was keen to stop the flourescents from hard clipping, knowing that they would feature in almost every shot. Rating the camera at 2000ISO meant it could hold those highlights, yet still expose for skin properly. The small form factor of the MiniLF was also useful, allowing us to be unobtrusive and easily handheld. We would regularly put the camera into “Backpack mode”, removing all batteries, video transmitters or anything extraneous to the camera, placing that all on a backpack and making the camera not much more than a sensor and a lens. This allowed us to be extremely handheld, moving the camera nimbly and free of my shoulder.”

Colourist Toby Tomkins worked closely with Spence to set the look for the series, striving to present an authentic and visceral representation of a tired NHS. Notably, Tomkins dialed up the exhaustion of the main character by enhancing the texture to make sure the wrinkles and pores were distinct and vivid while also degrading the material with grain and dirt to reflect the tired state of both the characters and the environment. 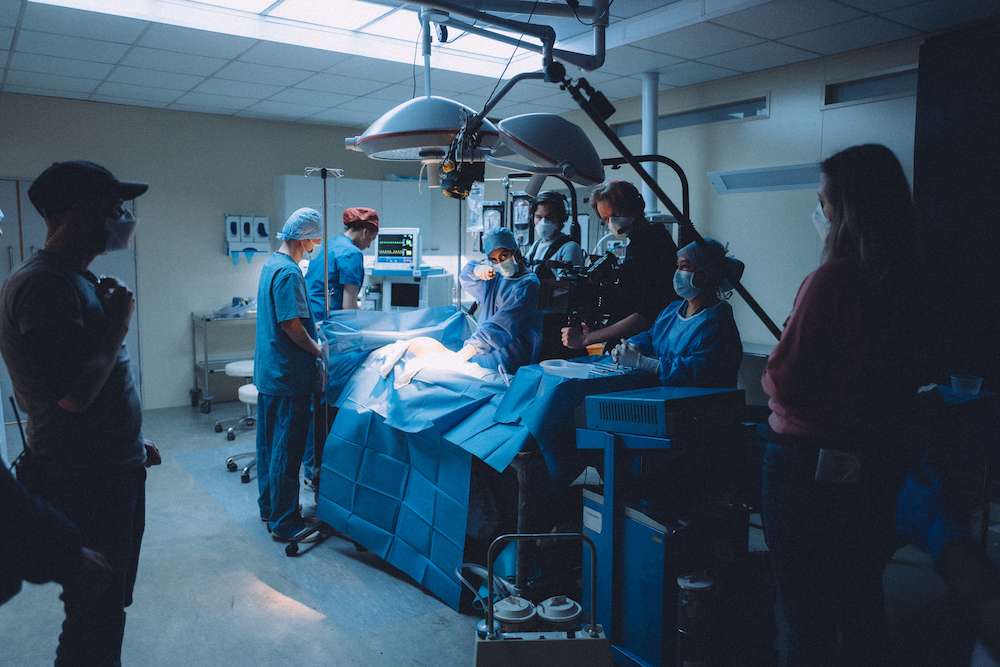 Tomkins and Spence reunited with lead director Lucy Forbes for the series having previously collaborated on BAFTA-winning and EMMY-nominated Season 2 of The End of the F***ing World.

Tomkins comments: “This is the second TV series we have done together so there was definitely a sense of trust when it came to the initial stages. I was briefed to build a look with the tests Benedict did in pre-production and already knowing what he and Lucy like combined with an emotional brief and some visual references made it straightforward and very enjoyable. That sense of trust proved itself once again when Covid or schedule restrictions made occasional remote work necessary during the grade, with Lucy looking at exports and giving feedback that way. I think that really the ultimate goal for any colourist is to have a level of dependability where we can be left alone and trusted that our decisions are broadly right for the vision of the director and DoP. It was a fantastic series to work on and very humbling to constantly reflect on the NHS and the amazing dedication and hard work put in by the staff. It really put things into perspective, especially during the pandemic, with the stories we were hearing from within the NHS during this time.” 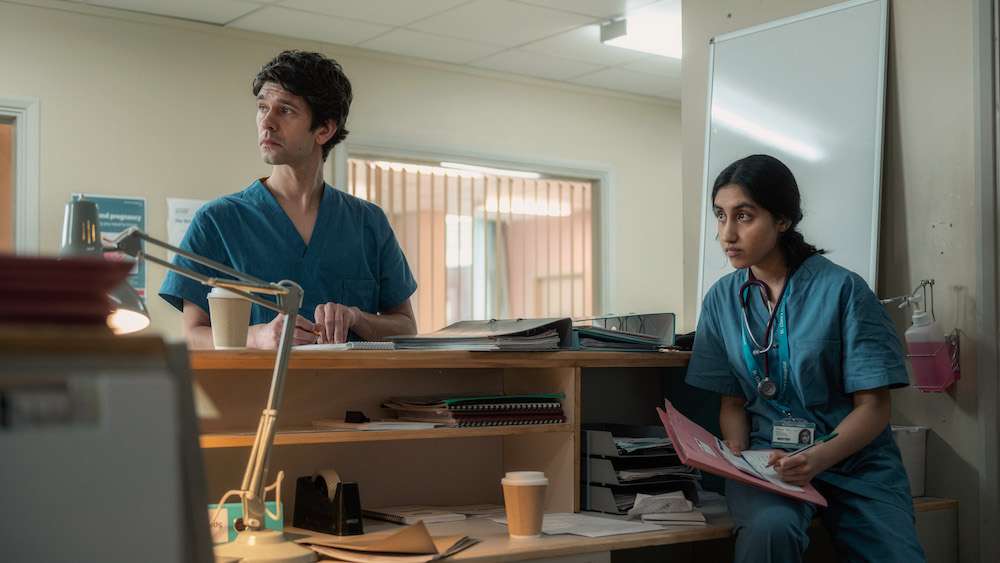 This Is Going To Hurt Photographer: Anika Molnar

Spence adds: “From the beginning, Lucy and I knew that Toby would be our choice for colourist on This Is Going To Hurt. After working with him on The End of the F***ing World we knew he would be integral to designing the finish of the show. Not only does he have incredible technical knowledge, he really understands character and how colour and contrast can work with performance on screen. We spoke at length in preproduction about the more obvious things like creating a monitoring LUT for the show, but also the real nitty-gritty details of how to best expose the camera to keep the hospital fluorescents from overexposing, for example. One of my favourite things Toby created for This Is Going To Hurt was the remjet-removal emulation. It might feel like a very small thing, but it brings an immediacy and timelessness to the image, and it’s something I’ve not seen on digitally captured television before.” 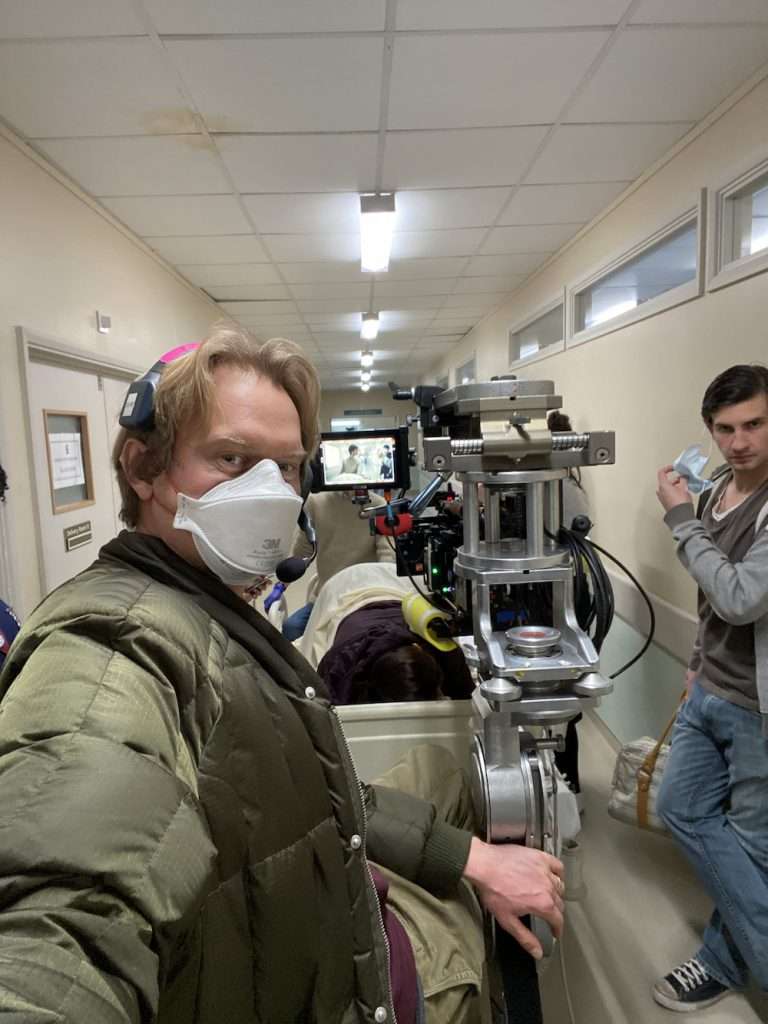 Post production studio Cheat, founded by Tomkins in 2015, took care of the colour grade, online, and delivery of the whole show. It was graded in Davinci Resolve Studio triple GPU workstation using a Flanders Scientific XM311K monitor. SDR was chosen over HDR as it fitted the creative vision for the show and meant a more legacy film approach to creating the look could be adopted, which also leant to the creative vision of making it feel degraded, and also establishing it as not present day with some vintage flair. Tomkins was able to use film print emulation without having to adapt to HDR and enjoyed going back to SDR for this particular show.

Tomkins has one feature and six TV projects on his slate due to be released in 2022 on AppleTV, Netflix, BBC, FX, UKTV, and AMC.

This Is Going To Hurt is released on BBC One and BBC iPlayer on 8th February 2022.