My path to becoming a gaffer was unconventional and completely accidental. I was enjoying success in my Wall Street career during the 1980s (good money) when I gave it up to manage my brother’s rock band (no money). A friend asked me to cover him for a day as a production assistant (PA) on a film set – I didn’t even know what a PA was at the time – and the day rate was too attractive to pass up.

I took the gig, developed a great rapport with the gaffer and soon started regularly taking on new lighting projects. Now some 30-plus years later I’m fortunate to have worked steadily in a career I love, and to have experienced first-hand some pretty interesting technology changes.

With a beginning like mine, it’s not surprising then that my gaffing approach is different, too. There are super-technical gaffers who are great at figuring out every single aspect of lighting. I work by eye and know what looks good, picking fixtures that appeal to me. 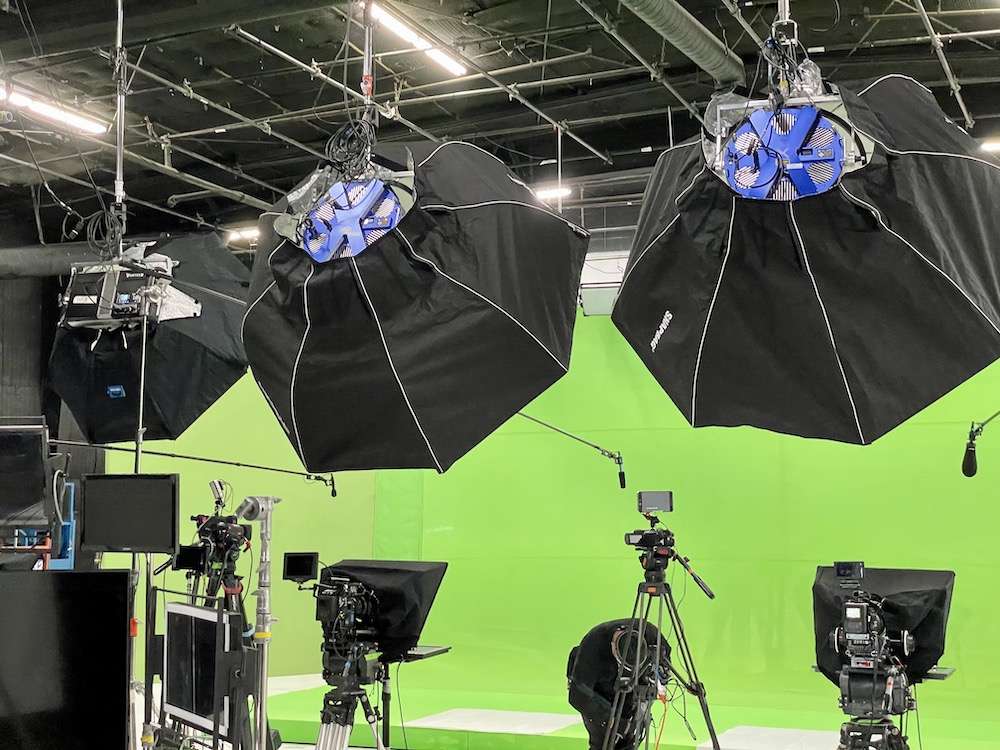 The bulk of my work is commercials with some movie and TV promos and an occasional music video, projects that allow me to change things up and be in different places two or three times a week. This diversity keeps it fun and constantly exposes me to new types of lighting equipment. Every job is different and has its own specific lighting requirements, which always vary, but today’s advances in LED technology have made it possible to use LED fixtures more often, and benefit from their versatility.

I’ve been using LEDs since they showed up on the scene, Litegear being the first I started using and then and later on fixtures like the ARRI SkyPanel and DMG Lumiere. The potential was always there for the technology and that only became more apparent as new generations of LED fixtures entered the market.

I recently worked on Miley Cyrus’ music video for Midnight Sky where the team was using custom fashion lighting and the cinematographer was struggling to make it work with the rest of the lighting gear. We could easily change the colour temperature and output of everything except that light.

I suggested a Creamsource SpaceX as a solution and everyone flipped out over the immediate difference it made. The use of the RGB fixture made it so much more efficient and easy to get a consistent colour temperature and output even when paired with the custom lighting. This wouldn’t have been possible with LED light sources even 10 years ago.

The first LED-powered space light fixtures opened my eyes to the potential of the LED technology as an alternative to incandescent. That potential wasn’t fully realized until the Creamsource SpaceX. The SpaceX was the first fixture that actually could replace the original industry standard 6K tungsten space-lights with the same intensity, but with the added benefits of colour temp and RGB control. These lights are easier to move around as shooting needs change and they give DPs a choice to use something other than just tungsten or daylight. 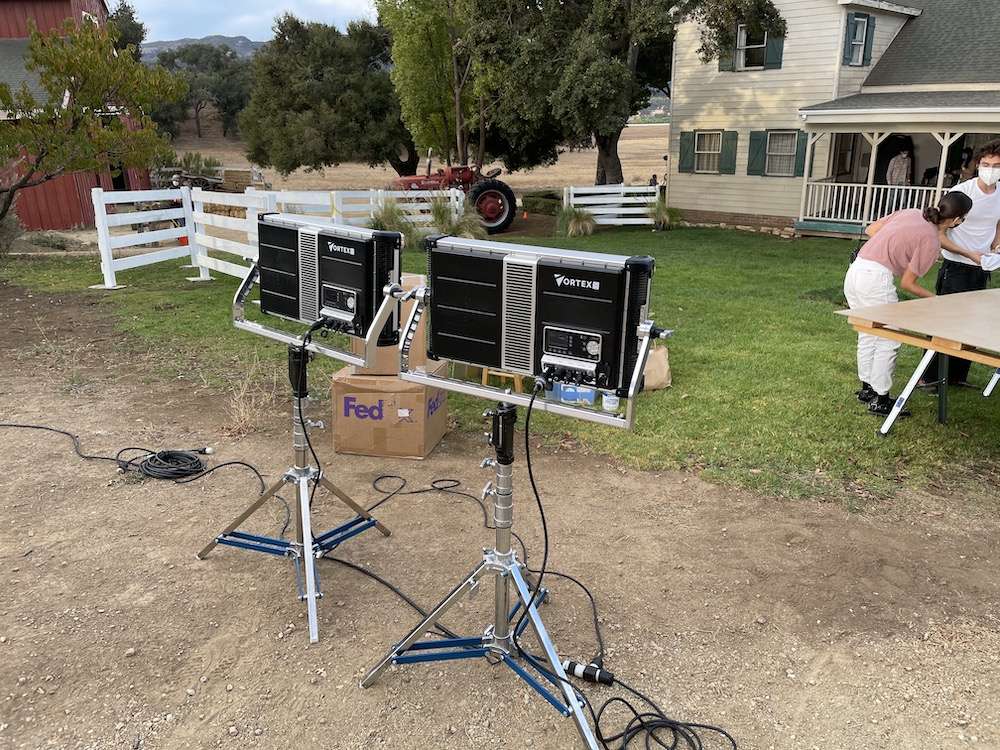 Further illustrating the leaps forward in LED technology was the arrival of Creamsource’s next generation fixture, the Vortex8. One advantage of the Vortex8 is having the flexibility to use it as a hard and soft light. With other competitive models, you can’t use them without diffusion which requires additional space, which isn’t always ideal or possible. I prefer to travel light from one job to the next, making all-in-one gear tremendously appealing.

The Vortex8 controls and ballast are built-in, it has multiple wireless capabilities and it’s highly resistant to wind and water. But the game-changer is the lenses, letting you use it undiffused as a hard light and making it more versatile. 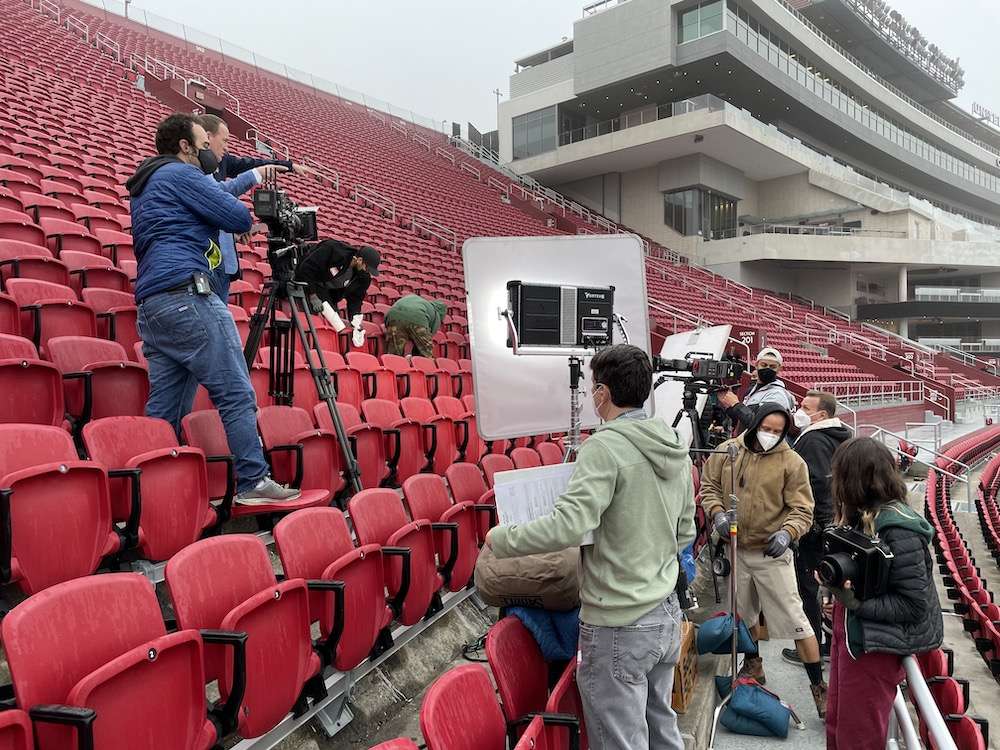 All this is a huge leap from the early days of LED, when nobody could get the colour right. It was either too green or never bright enough, and the ones that did look good didn’t have enough power, so you couldn’t use them.

I like to keep moving forward with technology, and I embraced wireless lighting control the minute it was developed. Every production department now is wireless. From camera to sound, there’s frequency coming from every direction. With the Vortex8, having that wireless control makes the communications on-set easier and more efficient.

Efficiency is also huge when it comes to power supplies. Until LED really got going, lighting required a ton of power, meaning you always had to have a generator. On locations where space is tight, there’s no place to park them or you have to tie into electrical boxes, which means calling an electrician. 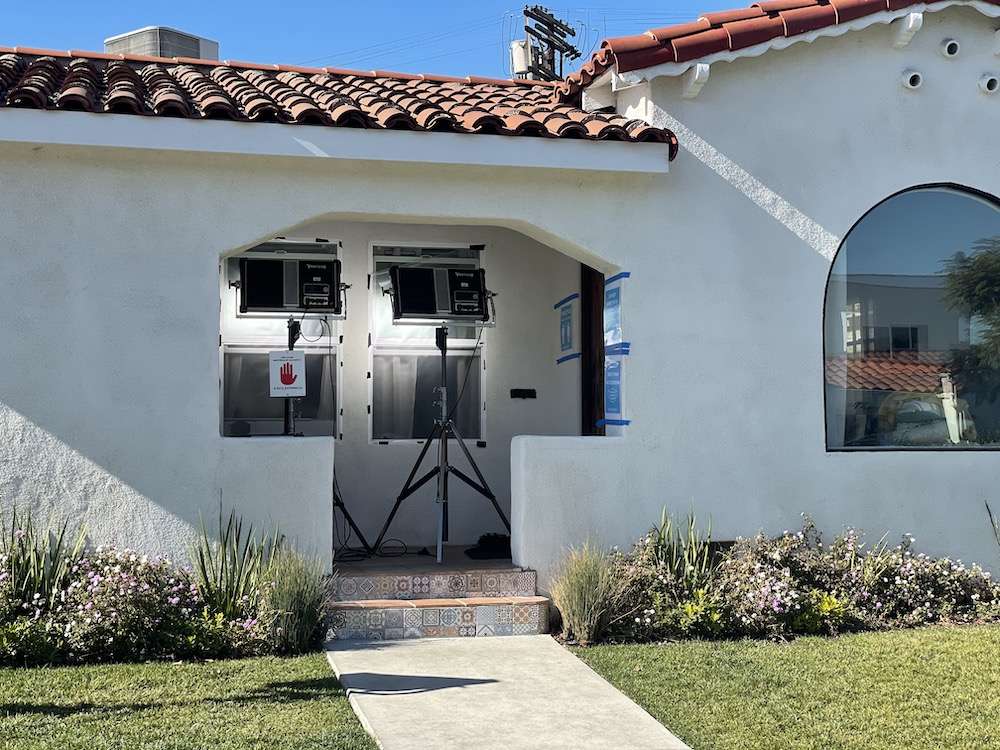 LED technology has simplified power to the point where I can do huge jobs with no generator. Plus, the carbon footprint is much lower so it’s more environmentally friendly.

I always try to approach gaffing from a new angle on each project, and the pixel-mapping on Vortex8 gives me eight programmable pixel zones for building customized effects. That built-in technology lets me add my signature touches to a production and set my work apart by offering the level of services someone else couldn’t deliver.

And that’s really what it comes down to: always moving forward and finding the right all-in-one solution that’s going to save you a ton of time and make the work look better.