A Mouthful Of Air, the new Sony Pictures feature, presents a deeply-moving story of depression and how its dark energy can wreak havoc even on lives that outwardly appear happy and successful. Written and directed by Amy Koppelman, and based on her 2003 novel, the film centers on a children’s book author named Julie (Amanda Seyfried) who, despite her strong marriage, newborn son and comfortable New York City lifestyle, is consumed with insecurities that test her will to live.

The film’s post-production team, which included Post New York Alliance (PNYA) members Harbor and Alchemy Post Sound, were tasked with amplifying the often gut-wrenching twists in Koppelman’s story through subtle applications of colour correction, sound design, sound mixing and Foley. Although transparent to most audience members, the magic wrought by the post artists heightens the mounting desperation that engulfs Julie and threatens to drag her down. 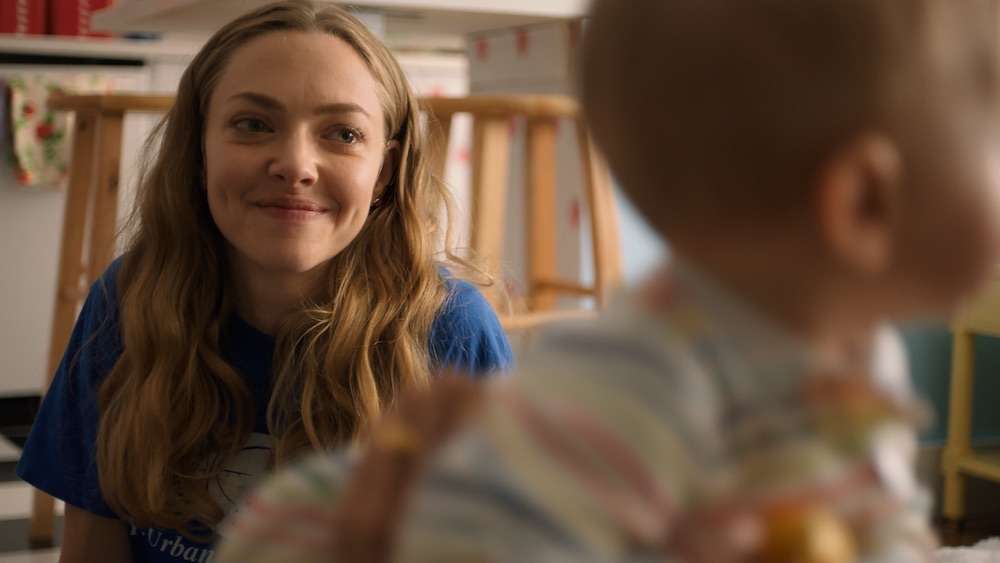 Julie Davis (Amanda Seyfried) in A MOUTHFUL OF AIR.

“Many people who worked on this film became emotionally attached to it because of its subject matter,” says Koppelman. “Everyone knows someone who has gone through a hard time. That was true about the teams from Harbor and Alchemy who were inspired to do their best work. Sound and colour not only enhance the film, they become veritable characters in the story.”

A Mouthful Of Air portrays depression in a counterintuitive way. Julia’s world isn’t gloomy, quite the contrary. Filled with colourful crayon drawings from her books, the apartment she shares with her husband and infant son is bright and inviting and her Manhattan neighbourhood awash in sunshine. “This is not the dark, sepia tone, emo kind of depression,” explains Koppelman. “Julie sees the beauty…she holds onto the colour hoping its existence will give her the strength to live.

During post-production finishing sessions at Harbor, Koppelman and Producer Mike Harrop worked with colourist Roman Hankewycz to draw audiences into Julie’s world by accentuating the rich Kodachrome look captured by cinematographer Frank G. DeMarco on the set. Koppelman wanted to use colour to underscore the difference between Julie’s environment and the tumult inside her head. She points to an early scene where she asked Hankewycz to match the hue of the sky above Julie’s apartment to the Crayola blue from one of her drawings.

“It’s very, very saturated,” she notes. “We did that to set up a contrast with a later scene where we see the sky again. It’s the moment when Julie believes that the best thing that she can do for her family is to take her life. When she looks up at the sky then, it’s no longer saturated. It’s a duller shade of blue.”

Colour grading is also important to the film’s many animated sequences (drawn by Koppelman and animated by Mark Samsonovich) in which Julie’s drawings of Pinky Tinkerbink, a character from her books, spring to life. “The depth and saturation that Roman added completely changed the animation. It took it to a new level without altering its essential character,” she says. “In one scene, he affected the contrast to make it appear to show Pinky standing outside a night. It’s an effect that you really can’t achieve with crayons. The colour palette doesn’t work that way.”

Sound design, similarly, makes a crucial contribution to the story’s atmosphere and poignance. Koppelman notes that Harbor’s Grant Elder, the film’s supervising sound editor and re-recording mixer, used various field-recording technique to record real-world sounds around New York City, including in the Washington Heights neighbourhood where much of the film takes place, and used them to create authentic ambience. “Although it’s a quiet film, sound never really leaves you,” she says. “Grant recorded motorcycles, sirens and other sounds. They’re placed deep in the background, but let you know you’re in the city.” 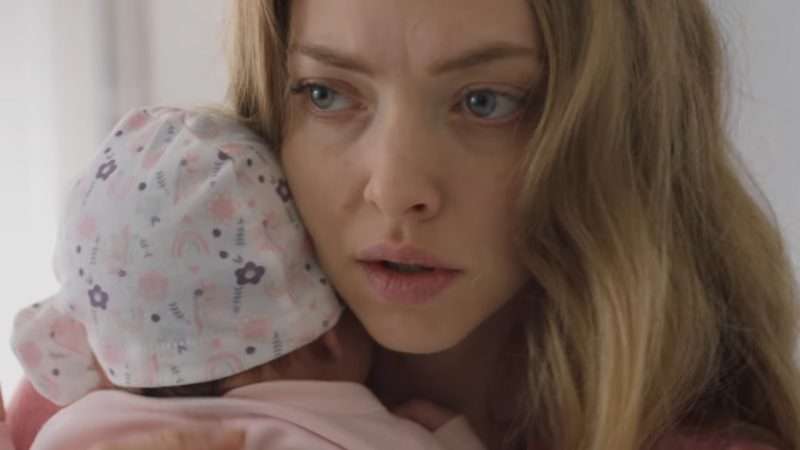 Elder’s sound design not only establishes location, it provides clues to the emotions of the characters. Harrop cites a scene where Julie becomes increasingly anxious while trying to feed her infant son. The squeaks of the bottle, the fussing of the baby and other, peripheral sounds underscore what’s going on in Julie’s head. “Grant is a technically skilled sound designer, but first and foremost, he’s a storyteller,” Harrop observes. “We’d talk to him about story arcs, emotions and character, and he’d translate our words into sounds that he’d playback to picture.”

Alchemy Post Sound supplemented Elder’s sound design by creating Foley effects that heightened the emotions of the story. Foley Mixer Conor Nagy says that Foley was especially important in certain “trigger” scenes where seemingly innocuous events contribute to Julie’s declining mental state. “There’s a scene in a grocery store, where she’s picking things off a shelf but can’t decide what to buy,” he recalls. “All the sounds you hear are real, but each one is slightly magnified or distorted to heighten suspense and reflect her growing anxiety.”

Harrop says that sound design and Foley were applied with restraint but made a powerful impact. “The greatest compliment I can pay to the Foley is that it fits seamlessly. The audience doesn’t know it’s there,” he observes. “The first instinct for many filmmakers is to use lots of sounds, but details can get buried. Using sound subtly is more difficult, but it ultimately served our story better.” 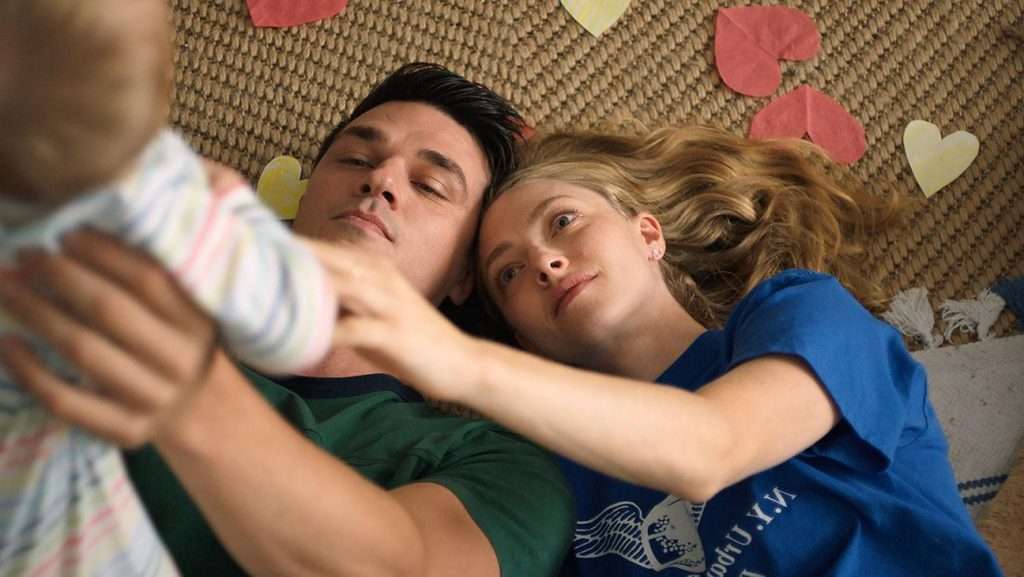 Koppelman says that the process of honing story points continued through the last stages of post-production. “At the end of the film, Julie says that her next book will be about ‘hope,’” she explains “She’s referring to a drawing, but I wasn’t sure what that drawing should be. We originally had a drawing that was scary, but I didn’t like it. Then one afternoon, sitting in Mike’s office at Harbor, I doodled a picture of Pinky looking up at a dandelion and realised, ‘That’s it!’ At the last minute, Harbor added it to the picture frame, and we had our ending. In my mind, we would have had a completely different film if we hadn’t been able to do that.”

A Mouthful Of Air is now available to stream on VOD.