A futuristic Odyssey for Robert Juliat Dalis 860 at Scottish Ballet

Scottish Ballet has recently taken possession of a second consignment of Robert Juliat Dalis 860 cyclorama lights bringing its total inventory to twenty-six. The award-winning Dalis 860 fixtures were supplied quickly and efficiently by Adlib’s Glasgow branch to provide Scottish Ballet with a versatile tool that can adapt to many environments and design requirements.

The upgrading of Scottish Ballet’s lighting systems began with a focus on cyclorama fixtures. “Cyc lighting is a fairly constant requirement at Scottish Ballet, and we don’t anticipate models to change dramatically. We wanted an LED replacement for our existing fixtures that looked the part as well as doing a great job,” explains Scottish Ballet’s technical director, Matt Strachan. “I have been looking at Robert Juliat’s Dalis at trade shows for several years but never had a chance to use them in anger and discover what they are capable of. Then we hired them for our world premiere of Christopher Hampson’s The Snow Queen for the winter season 2019/2020, lit by Paul Pyant, and our experience was enough to convince us to buy them. 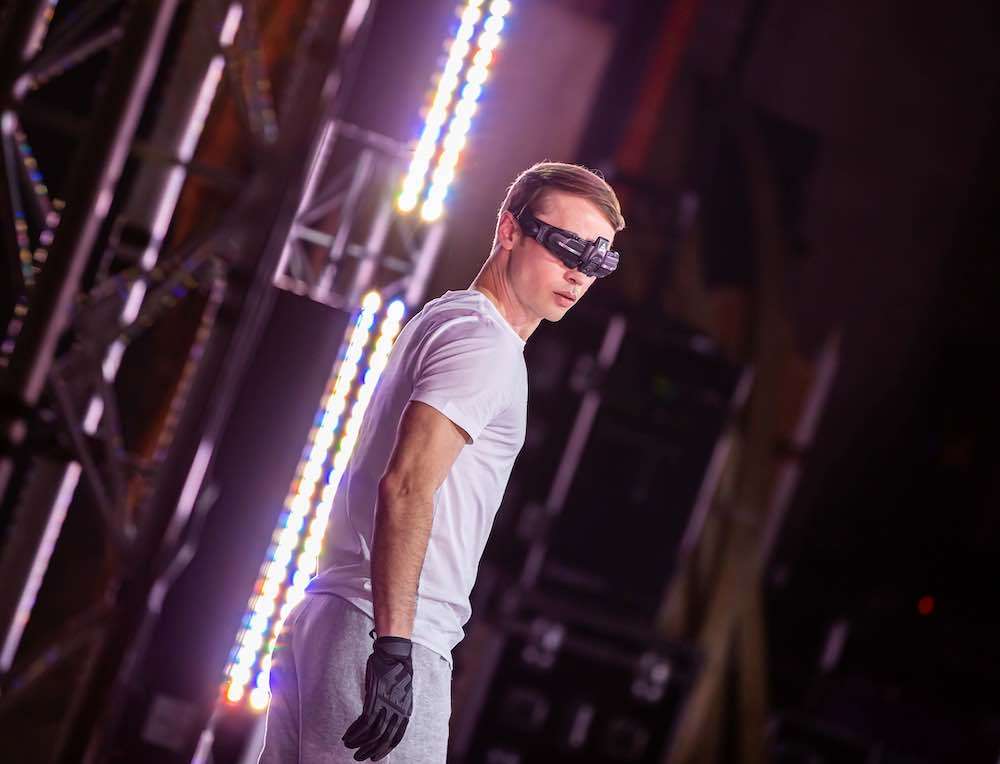 “All it took was a quick phone call to Barclay Dakers at Adlib and the process was put into action. We have known Adlib for many years and always receive good service from them.” Robert Juliat is distributed exclusively in the UK by Ambersphere Solutions (www.ambersphere.co.uk) whose Ian Green supported Adlib and the Scottish Ballet in this project.

Scottish Ballet’s curved cyclorama is 15m wide with a 6m deflection and 7.5m high. “That’s a big swathe of cloth to light but we were able to position the Dalis units just 1.5m behind the cloth and they belted straight up and covered it beautifully. I remember thinking ‘that is superb! We need to start buying these!’”

The RJ Dalis 860 cyclorama lights were purchased in two batches in early and mid 2020 to fit budget availability, and each unit was supplied with Quick Rig fittings and a flight case set up with link cables, DMX, etc as a complete package. “We can just wheel them out individually as they are, where and when we want them,” says Strachan. “The low profile and slim dimensions mean they are so neat you can squeeze them into very tight environments, and they don’t need a great throw distance either. They are silent and give out very little heat which is much safer for the dancers. The Quickrig system is very sleek! It’s very well thought through and straightforward in how it can be deployed.” 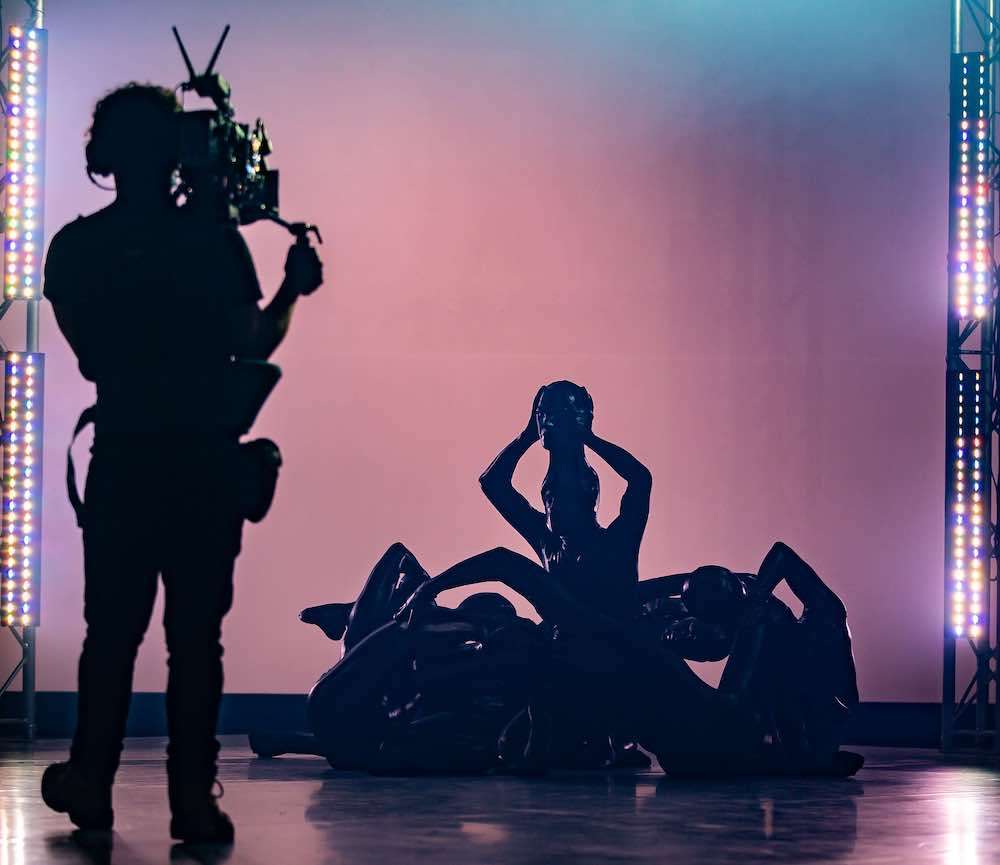 The additional Dalis 860 fixtures gave Strachan and his team the opportunity to ‘futureproof’ the Ballet’s full scale shows, which will start with The Nutcracker during the winter season tour 2021/22, and will be followed by The Scandal at Mayerling, Coppelia, and a revival of The Snow Queen in 2022/23.  “Next year the Dalis will hardly be in their cases!” says Strachan. “Not only can we now populate the top and bottom of cyc entirely with Dalis for maximum coverage in a traditional setting, but we also have the flexibility of the kind that arose when we filmed Odyssey.”

Odyssey is a new work choreographed by Scottish Ballet soloist, Nicholas Shoesmith. Directed by Ciaran Lyons, it was a high-octane short dance film that took viewers on a journey through a gaming landscape inhabited by otherworldly beings, where the real and virtual collide.

Filmed during lockdown in a 20m2 x 8m high pop-up performance space in Scottish Ballet’s production area, Odyssey’s futuristic design proved an unconventional setting for Dalis 860. Strachan rigged 26 Dalis units vertically on the set truss, in full view of the cameras, where they became an integral part of the structure within the virtual area. “Our initial assumption was that we would have to cover them with frost and conceal the units,” explains Strachan, “but the Dalis is so beautifully crafted they are pleasing to look at, even when they are switched off, so the TV Lighting Director asked for the covers to be removed as he wanted to see the lights themselves. We ended up making a feature of them on the structure for the camera looks and the TV team just loved them, happily replacing the lighting they brought with them. It was great to use Dalis in a completely different way from what we actually purchased them for.” 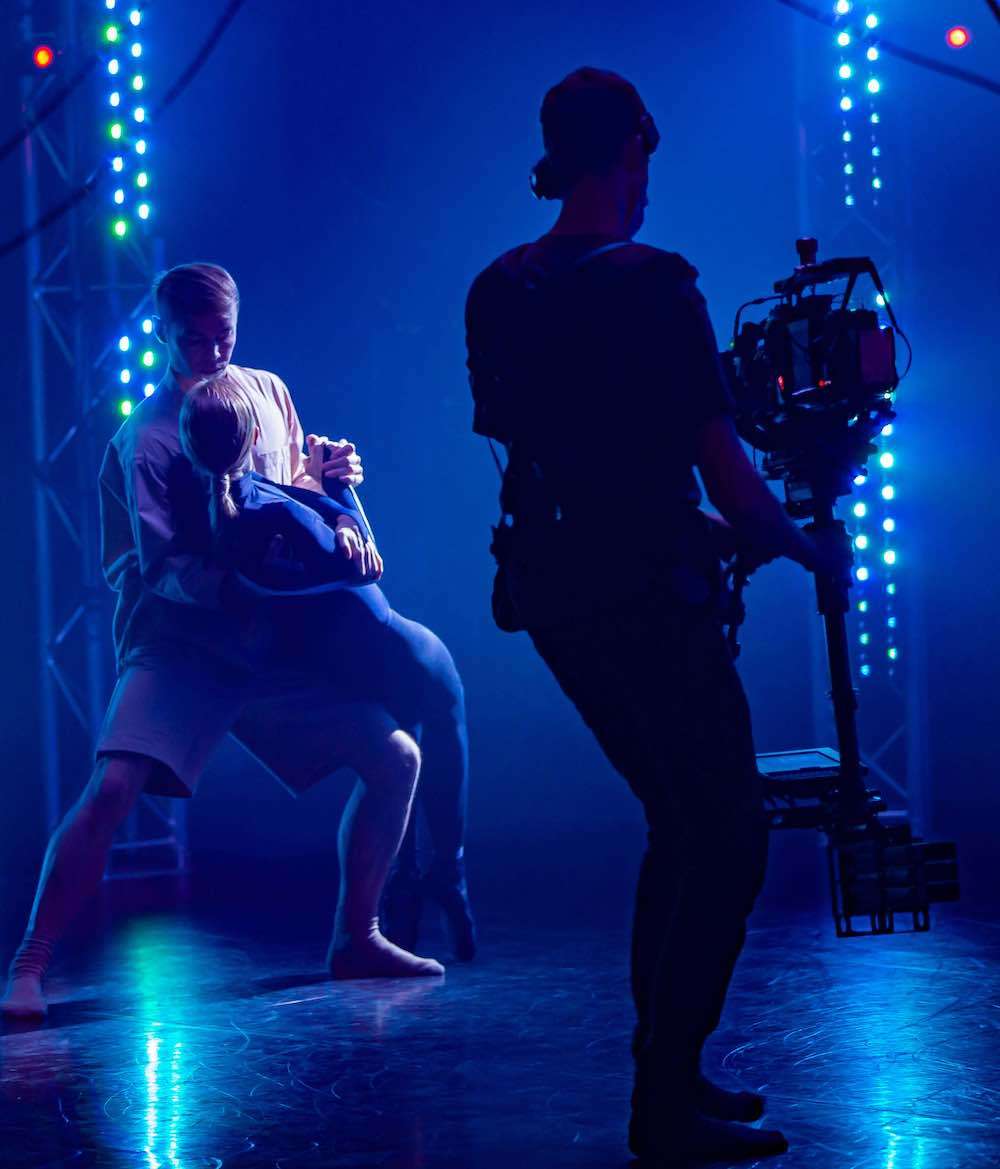 Scottish Ballet’s house MA2 lighting programmer, Kieran Kenning was excited to discover the potential Dalis offered when creating a series of designs to run up and down the face of the fixtures, making full use of their range of colours and programmability, to enhance the space-age ‘holodeck’ effect and create transition scenes as actors ‘transferred’ from one environment to the next.

“Kieran loves the Dalis for the flexibility that they give him. He came up with the designs for the effects for Odyssey and there is a lot more he can do there going forward,” says Strachan. “He can quickly create states to show a film company or a designer as they give him so much scope. We now have a tool that can adapt to most environments and requirements, and, being Robert Juliat, we would expect them to last at least 10 years.

“We’ve only just started to use Dalis – as time goes on we will develop our understanding and how much more usage we can have of them. Initially, I honestly cannot fault them in any shape or form.”

More information about Dalis 860 and all Robert Juliat products can be found on www.robertjuliat.fr