AMPS is delighted to announce the nominees for this year’s awards. The winners will be announced at a ceremony on 3rd September which will take place at The University of Greenwich, London. 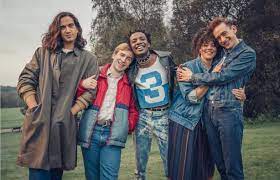 9th AMPS Awards – Excellence in Sound for a Factual Film:
14 Peaks: Nothing is Impossible
1971: The Year That Music Changed Everything
Formula 1: Drive to Survive Season 3
Life in Colour with David Attenborough
The Beatles: Get Back

The nominations represent the best of the soundtracks broadcast in 2021 and the products that helped to create them, as chosen by the discerning opinions of sound professionals – the AMPS Voting Members.

AMPS Chair Andrew Wilson said “Once again we have an incredibly strong and varied field of candidates for the AMPS Awards. The selection has been made entirely by people currently active in the very fields that are being awarded; being recognised by your peers is a terrific honour and all the nominees can feel very proud of their achievements.”

The Association of Motion Picture Sound (AMPS) is a craft guild made up of over 550 of the most imaginative and highly experienced people working in Film, Television and Game sound. Our members have been nominated for many awards both in the UK and internationally and include many BAFTA, Oscar, Emmy, and MPSE winners.

Based in the UK, AMPS was founded in 1989 with the aim of creating an organisation where members could exchange information, solve common problems and keep abreast of rapidly changing technology. Since then we have grown to include technical demonstrations, talks by prominent figures, networking, podcasts, film screenings, mentoring, training and UK wide social events in a busy programme of activities. The AMPS Awards are presented anually for excellence in sound and are gaining increasing significance on the world stage.

We promote the value of great sound and the creative contribution it can make to every production. We form working groups to react to the changes in the industry. Our digital Newsletters focus on sharing the wealth of knowledge and experience amongst the membership, supplemented by the members’ forum and email lists.

We warmly welcome new members who support our aims and would like to benefit from being part of a lively and stimulating professional community. Full Membership requires a minimum of six years experience and credits in a recognised role. Nomination is supported by two existing Full members. This maintains the highest professional standards amongst the membership.

In addition to Full Membership, AMPS has Student, Associate, Affiliate, Honorary, and Retired Membership categories for those at any stage of their career. Our Sustaining Members include companies that lead innovation and support the highest standards across the industry. Please note AMPS is a professional association and not a trade union.

AMPS is strongly committed to the selection, development and promotion of Sound professionals based on individual merit.  We believe that our industry should provide equal opportunity to all people without regard to gender, race, colour, religion, sexual orientation, national origin, economic background, age or disability.  We seek and support efforts that build and maintain a workforce that reflects the rich diversity of the wider Community.